Xi Jinping: China-Bolivia relationship at its best ever
CGTN 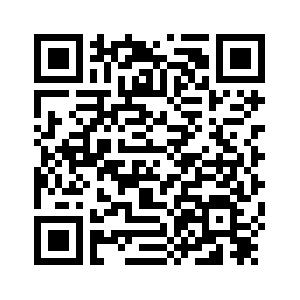 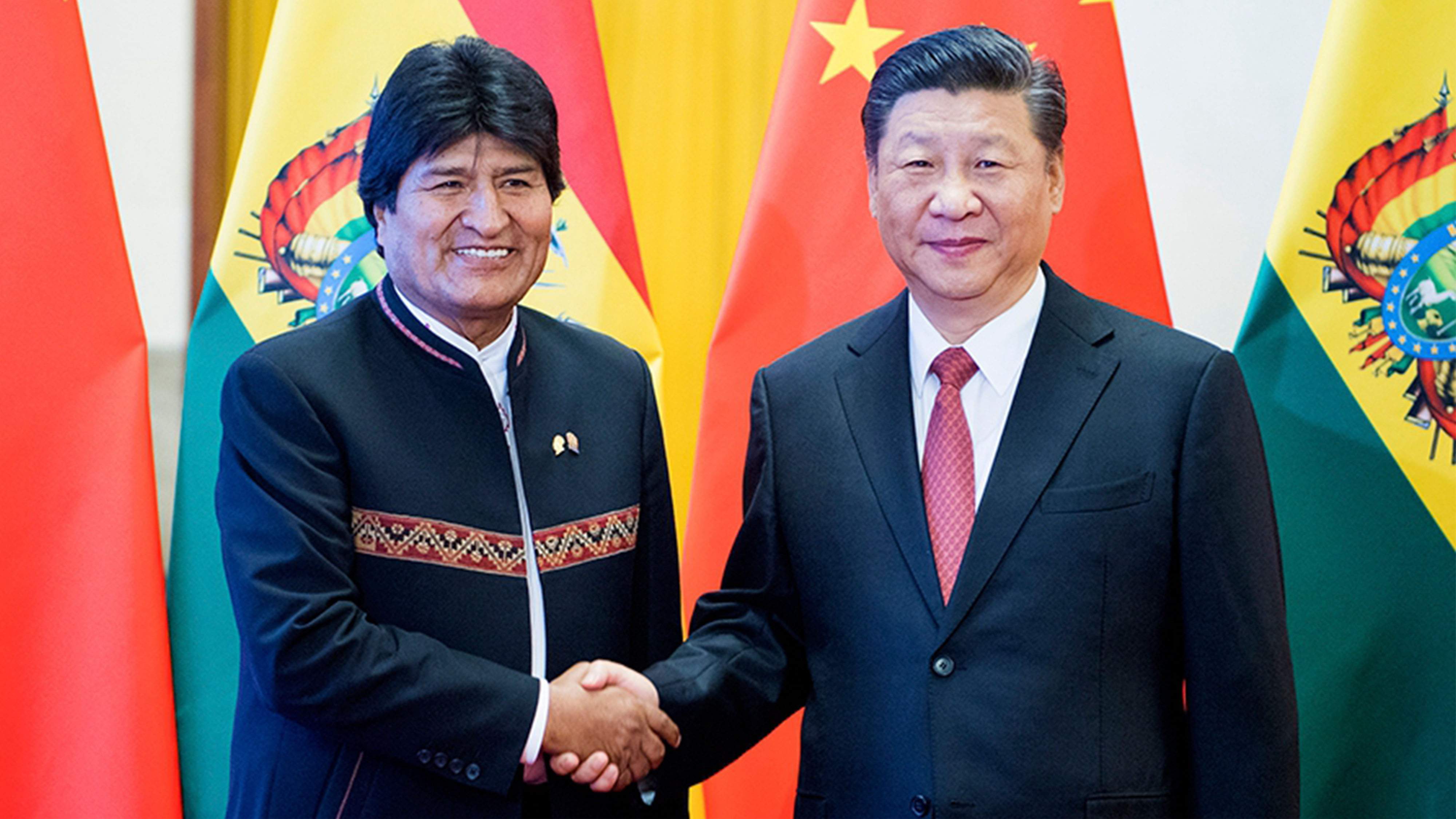 Over the past 33 years since diplomatic ties were established, China-Bolivia relations have maintained steady and sound development, and now are at its best ever, Chinese President Xi Jinping said on Tuesday while talking with his Bolivian counterpart Evo Morales in Beijing.
Xi and Morales also agreed that both sides would establish a strategic partnership to promote greater development of bilateral relations at a new historical starting point.
The two nations have agreed to establish a four-tier strategic partnership. 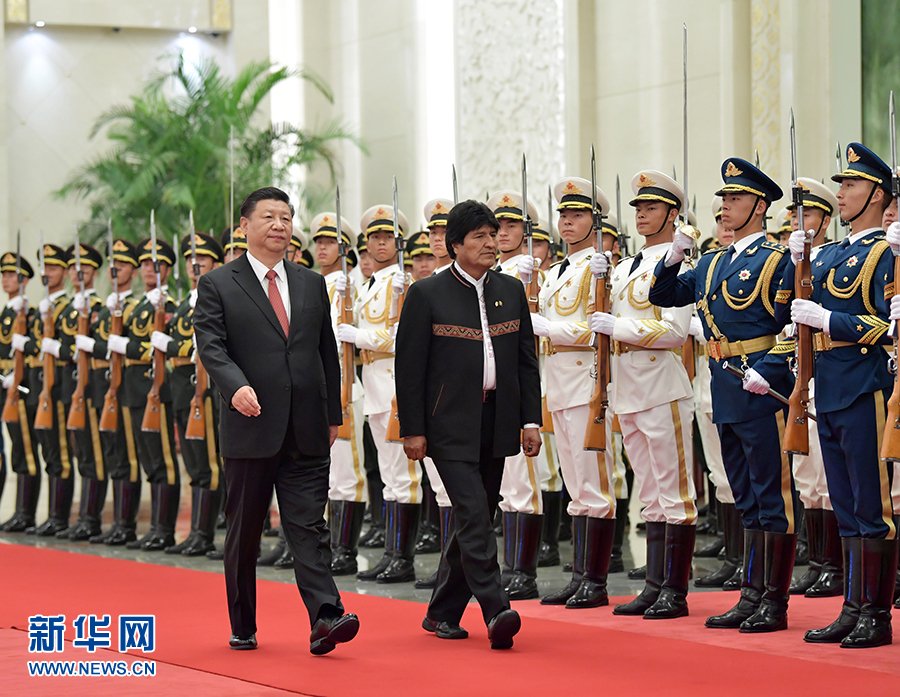 Chinese President Xi Jinping meets with his Bolivian counterpart Evo Morales at the Great Hall of the People in Beijing, June 19, 2018. /Xinhua Photo

Chinese President Xi Jinping meets with his Bolivian counterpart Evo Morales at the Great Hall of the People in Beijing, June 19, 2018. /Xinhua Photo

Firstly, they agree to strengthen political mutual trust, supporting each other's core interests and exchanging experiences on governance.
Secondly, they look to expand practical cooperation under the framework of the Belt and Road Initiative. This includes jointly establishing a new cooperative model with the integration of the investment, trade and service sectors, as well as pursuing trade balance with the development of various projects like agriculture, manufacturing, renewable energy, and infrastructure.
Thirdly, they aim to enhance cooperation in sectors like culture, education, sports, media, tourism and cultural heritage preservation to deepen people-to-people exchanges.
Finally, they hope to promote multilateral coordination under the framework of the United Nations on sustainable development and climate change, to safeguard the rights of developing countries. This will include constructing a new type of international relations and the building of a community with a shared future for mankind. 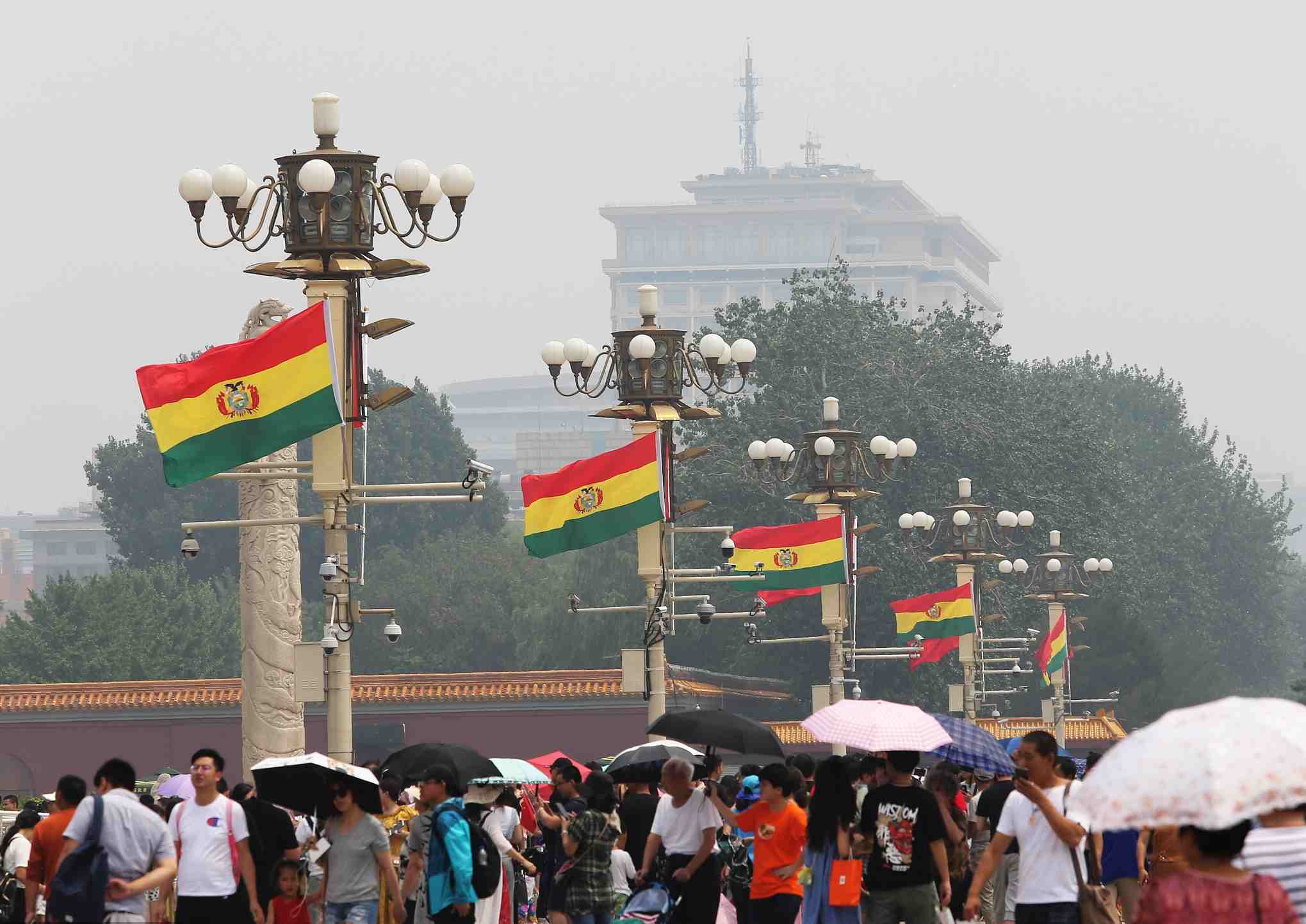 During the talks, Xi also appreciated Bolivia's stance to adhere to the one-China policy, welcoming Bolivia's warm response to the China-proposed Belt and Road Initiative.
Morales said that people in Bolivia have favorable impressions on China as China's development concepts and achievements are impressive.
The Bolivian president spoke highly of China's contributions to world peace and development and harmonious society of mankind.
"China supports and helps the economic development in Bolivia and never asks political feedback," Morales said, reaffirming his country's willingness to deepen the strategic relationship with China.
The two presidents also witnessed the signing of several cooperation documents.
Here is a quick look at China-Bolivia cooperation:

China and Bolivia established diplomatic relations on July 9, 1985. In more than 30 years, the two countries have maintained close communication in both high-level and smaller exchanges.
The two countries enjoy cooperation in areas such as the economy, trade, energy, mining, infrastructure, agriculture, high technology, and culture.
Based on statistics from 2017, China is Bolivia's fourth biggest trading partner, the largest source of imports and the seventh largest export destination.
(CGTN's Su Yuting also contributed to the story.)