A China solution in fight against terrorism and extremism 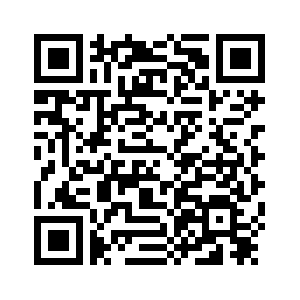 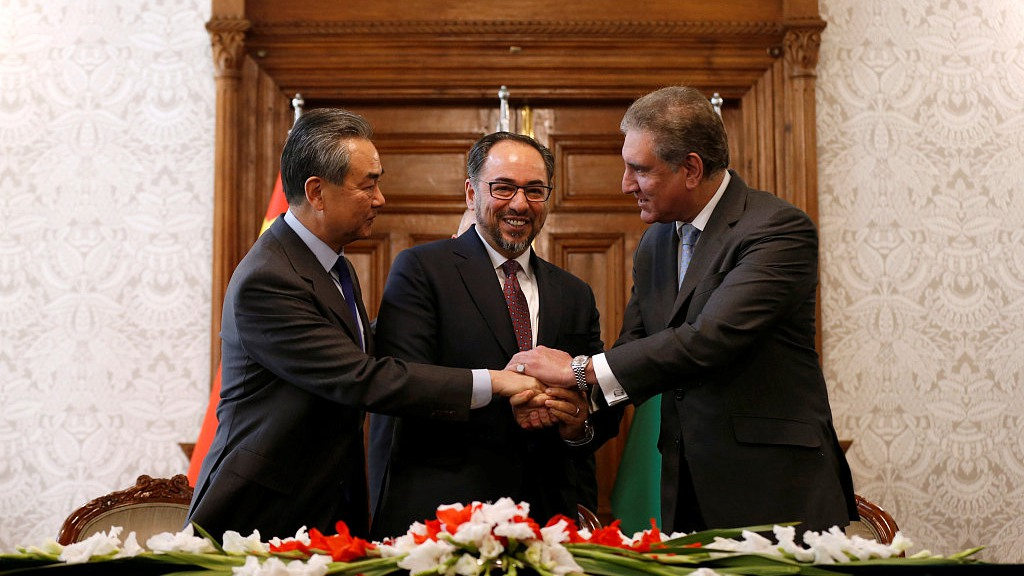 Editor's Note: The following is an edited translation of the commentary from the Chinese-language "Commentaries on International Affairs" published on China Plus on March 18, 2019.
Chinese authorities on Monday issued a white paper on the fight against terrorism and extremism, as well as human rights protection in the Xinjiang Uygur Autonomous Region.
The white paper, which comes three days after the Christchurch terror attack in New Zealand, sums up China's experiences in combating terrorism. It provides a Chinese solution in counter-terrorism campaigns in the world which is dealing with growing terrorism and extremism.
The white paper outlines three major approaches and methods in China's fight against terrorism, namely, giving top priority to a preventive counterterrorism approach, identifying major battlefields and carrying out international cooperation.
Giving top priority to preventive counterterrorism is being held up as the key to eradicate the influence of terrorism and extremism. Major measures include improving living standards and implementing projects that benefit the public in employment, education, medical care, social security and other areas. 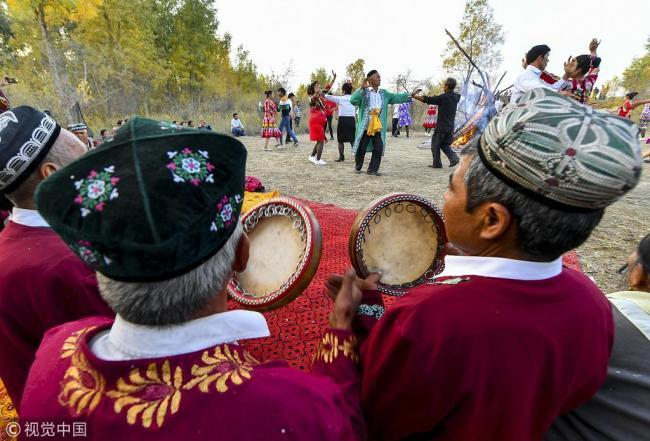 According to the white paper, vocational education and training centers established in Xinjiang have helped many local people increase their employability, expand their employment channels, allowing the locals to become more confident in their lives, limiting any influence that terrorism and extremism could have on them.
Between 2016 and 2018, a total of 1.4 million new urban jobs were created in Xinjiang and over 8 million surplus rural laborers found new employment through the creation of more labor-intensive industries.
At a photo exhibition on Xinjiang recently held in Geneva, Vadim Pisarevich, Deputy Director-General for Multilateral Diplomacy of the Ministry of Foreign Affairs of Belarus, noted that Xinjiang's vocational education and training centers are a China solution to crime prevention.
Since the 1990s, thousands of terrorist attacks have been launched by terrorist and extremist groups in Xinjiang, which is known for its varied historical, religious and cultural uniqueness.
Xinjiang has been identified as the country's major battlefield of fighting terrorism. Local authorities have paid special attention to how their counterterrorism campaigns are managed, making sure they don't target any specific region, ethnic group or religion. 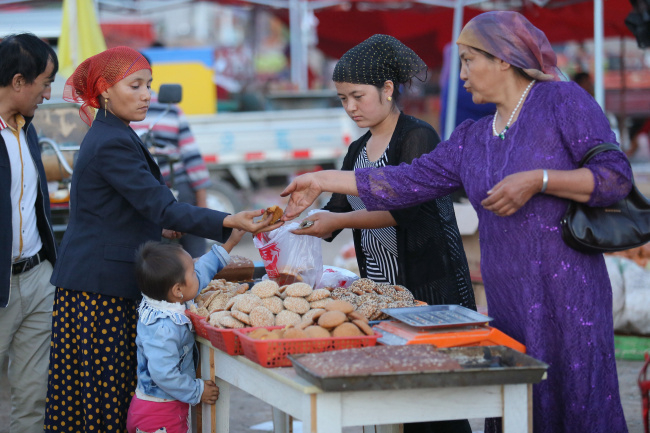 Muslims buy food at a market to celebrate the Corban Festival. /IC Photo‍

Muslims buy food at a market to celebrate the Corban Festival. /IC Photo‍

The white paper also notes that China has given full play to international exchanges and cooperation, warning about the penetration and influence of cross-border terrorism and extremism.
In recent years, Xinjiang has established various anti-terrorism cooperation mechanisms with neighboring countries, including information exchanges, joint border control, and anti-terrorism financing.
Without this type of cooperation, Xinjiang wouldn't have been able to make the achievements it already has. No violent terrorist incident has occurred in Xinjiang for more than two consecutive years.
In 2018, more than 150 million trips were made in Xinjiang by domestic and foreign tourists, a year-on-year increase of 40 percent. This has generated tourism revenues in excess of 250 billion yuan (around 37 billion U.S. dollars), also up over 40 percent.
Despite the achievements, separatist, terrorist and extremist forces still exist in Xinjiang. The so-called "East Turkistan" forces are in search of opportunities to create instability. Only by abandoning double standards, enhancing political trust and promoting international exchanges can we effectively curb and combat terrorism and extremism, which is in the interest of China and the world at large.
(Cover photo: Afghanistan's Foreign Minister Salahuddin Rabbani (C), Pakistan's Foreign Minister Shah Mehmood Qureshi (R) and Chinese State Councilor and Foreign Minister Wang Yi shake hands after a memorandum of understanding on cooperation in fighting terrorism, was signed in Kabul, Afghanistan, December 15, 2018. /VCG Photo)
(If you want to contribute and have specific expertise, please contact us at opinions@cgtn.com.)