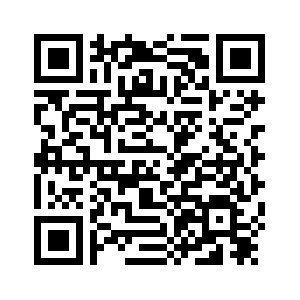 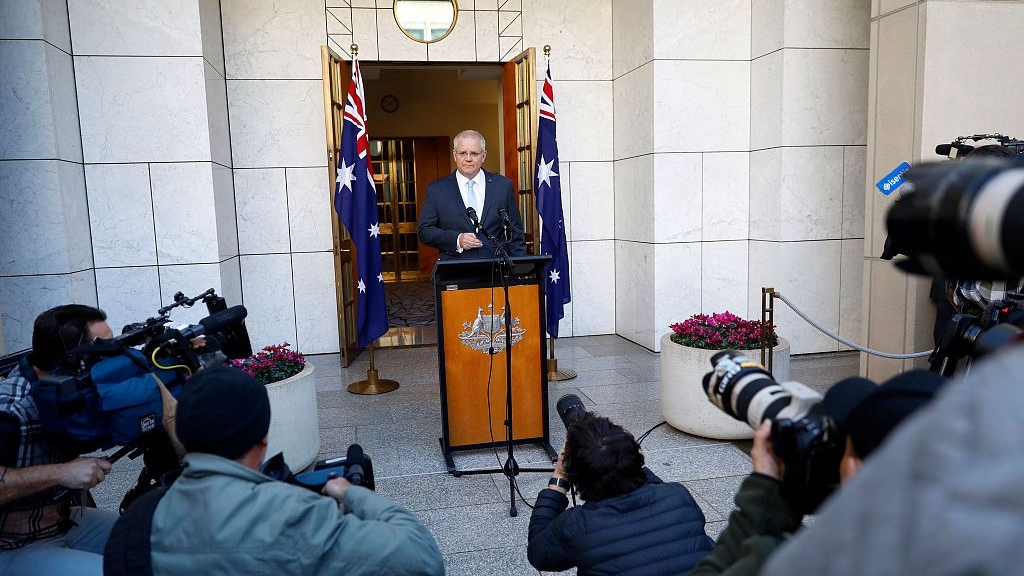 Editor's note: Andrew Korybko is a Moscow-based American political analyst. The article reflects the author's opinion, and not necessarily the views of CGTN.
The mainstream media revived its narrative of fear-mongering about China's South Pacific investments during the Vanuatu Prime Minister's visit to Beijing and ahead of the recently re-elected Australian Prime Minister Scott Morrison's trip to the Solomon Islands next week.
There were very serious fake news claims being spread last year about China's supposed plans to open up a naval base in Vanuatu, which served several interconnected strategic purposes by the irresponsible Australian media outlets that propagated them and continued to fan the flames of anti-Chinese fear-mongering to this day.
The first is that this false reporting attempted to rally the Australian public against what they were made to believe is a looming "yellow threat" in their neighborhood evocative of the one that they last faced in World War II from Imperial Japan, which in turn implied a subconscious sense of urgency in dealing with. The "solution," as their government led them to believe, was to reaffirm their country's commitment to the so-called "Quad" that also includes the United States, Japan and India and continue participating in provocative military exercises in the South China Sea.
Furthermore, this massive perception management operation occurred in the run-up to the APEC Summit in nearby Papua New Guinea in last year where Chinese President Xi Jinping was the guest of honor. U.S. Vice President Mike Pence exploited the occasion to criticize China, reinforce the false notions about its regional intentions, and then announce that the U.S. will begin paying more attention to this part of the world. As a result of the anti-Chinese fear-mongering, Australia passed a "foreign agents" law in June 2018 that many observers believe was modeled off of the American one and aimed against Beijing. 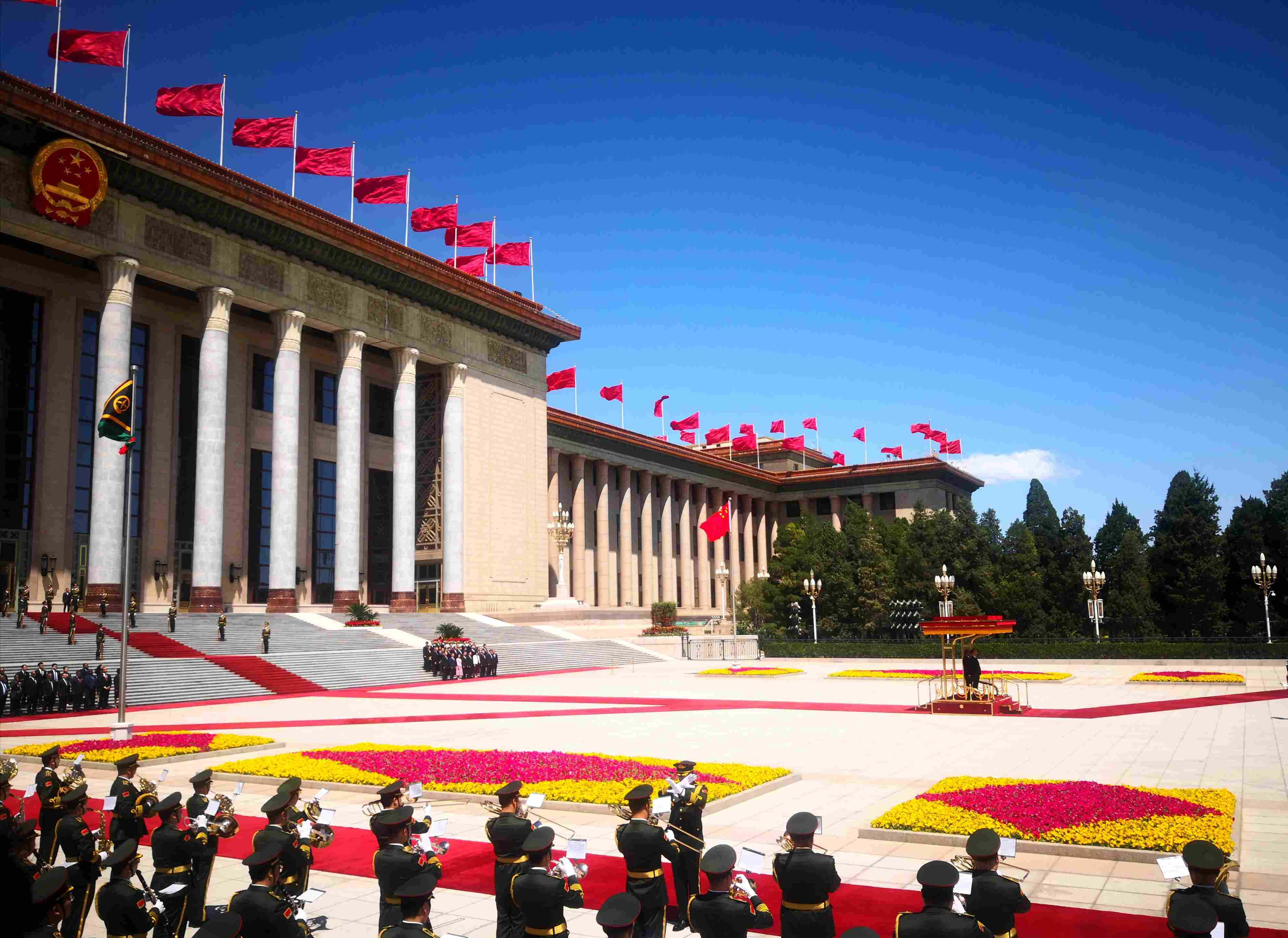 Chinese Premier Li Keqiang holds a welcoming ceremony for Vanuatuan Prime Minister Charlot Salwai at the Great Hall of the People before their talks in Beijing, May 27, 2019. /CGTN Photo

Chinese Premier Li Keqiang holds a welcoming ceremony for Vanuatuan Prime Minister Charlot Salwai at the Great Hall of the People before their talks in Beijing, May 27, 2019. /CGTN Photo

After a brief hiatus during the election season, Australian media is at it once again by framing Prime Minister Morrison's upcoming visit to the Solomon Islands in the zero-sum perspective of "containing" China. This was the dog whistle for the country's mainstream media partners all across the world to revive this narrative as well, which is important being brought back to life just a month before the G20 Summit in Japan. An obvious pattern seems to be emerging, and it's that the so-called "China threat" to the South Pacific is brought up ahead of significant summits in the Asia-Pacific region.
The problem with this "reporting" isn't just that it's an inaccurate portrayal of reality, but that it actually does a disservice to the countries propagating it by overlooking their own regional policy shortcomings that created the opportunity for China's robust outreaches to the South Pacific.
Australia, as the historic hegemon in this space, has long neglected the many underdeveloped and extremely impoverished nations around its maritime periphery, leaving their basic humanitarian and infrastructural needs unmet and therefore causing them to look elsewhere for support. It was in this context that China's Belt and Road Initiative (BRI) became very attractive.
China has no intention of monopolizing the South Pacific marketplace, let alone of building naval bases in these far-flung islands, but the mainstream media-crafted perception that it is useful for Australian decision makers and their American allies because it provides the pretext for them to engage with the region in a zero-sum competitive sense more assertively. Instead of working together with China to improve the developmental potential of the South Pacific people, Australia and the U.S. seem dead-set on doing whatever is needed to diminish the economic footprint of China there. 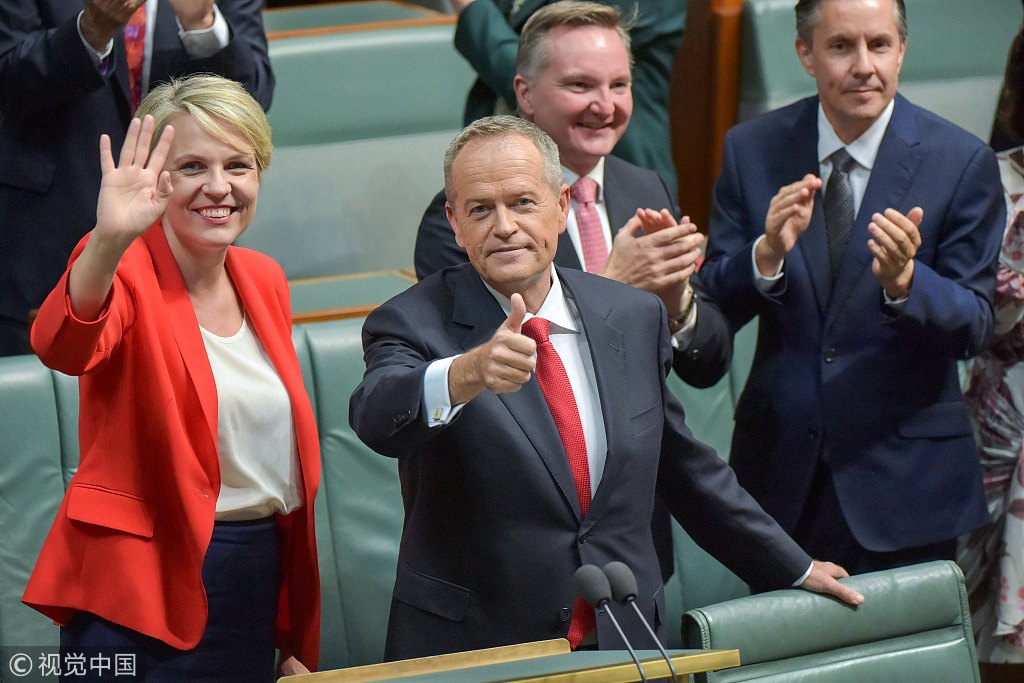 Bill Shorten (C), leader of Australia Labor Party, at the end of a budget reply speech in the House of Representatives at Parliament House in Canberra, Australian Capital Territory, Australia, April 4, 2019. /VCG Photo‍

Bill Shorten (C), leader of Australia Labor Party, at the end of a budget reply speech in the House of Representatives at Parliament House in Canberra, Australian Capital Territory, Australia, April 4, 2019. /VCG Photo‍

These intentions are very worrying because the U.S. has already shown what it has in mind when it's acted this way regarding what it perceives to be Russian and Iranian influence in Europe and the Mideast respectively. The modus operandi is usually to put different forms of pressure on targeted countries in a desperate bid to compel them to distance themselves from those two powers.
The end result is that the country in question is oftentimes forced to make a false choice between its partners, which makes the U.S. claims that its rivals are trying to establish their own "spheres of influence" a hypocritical self-fulfilling prophecy.
In reality and as proven through the U.S. modus operandi, it's actually the U.S. that's actively trying to do this and not others, all in pursuit of its zero-sum unipolar interests at Russia, Iran, and China's collective multipolar expense.
While all countries have the right to have as many partners as they'd like, especially the South Pacific states which are in urgent need of developmental ones, it would be best if everyone cooperates with one another and coordinates their efforts instead of fiercely competing like the U.S. wants to have happened. Should that occur, then the South Pacific could become a zone of friendship among the U.S., China and Australia.
(If you want to contribute and have specific expertise, contact us at opinions@cgtn.com.)