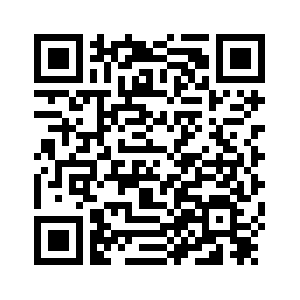 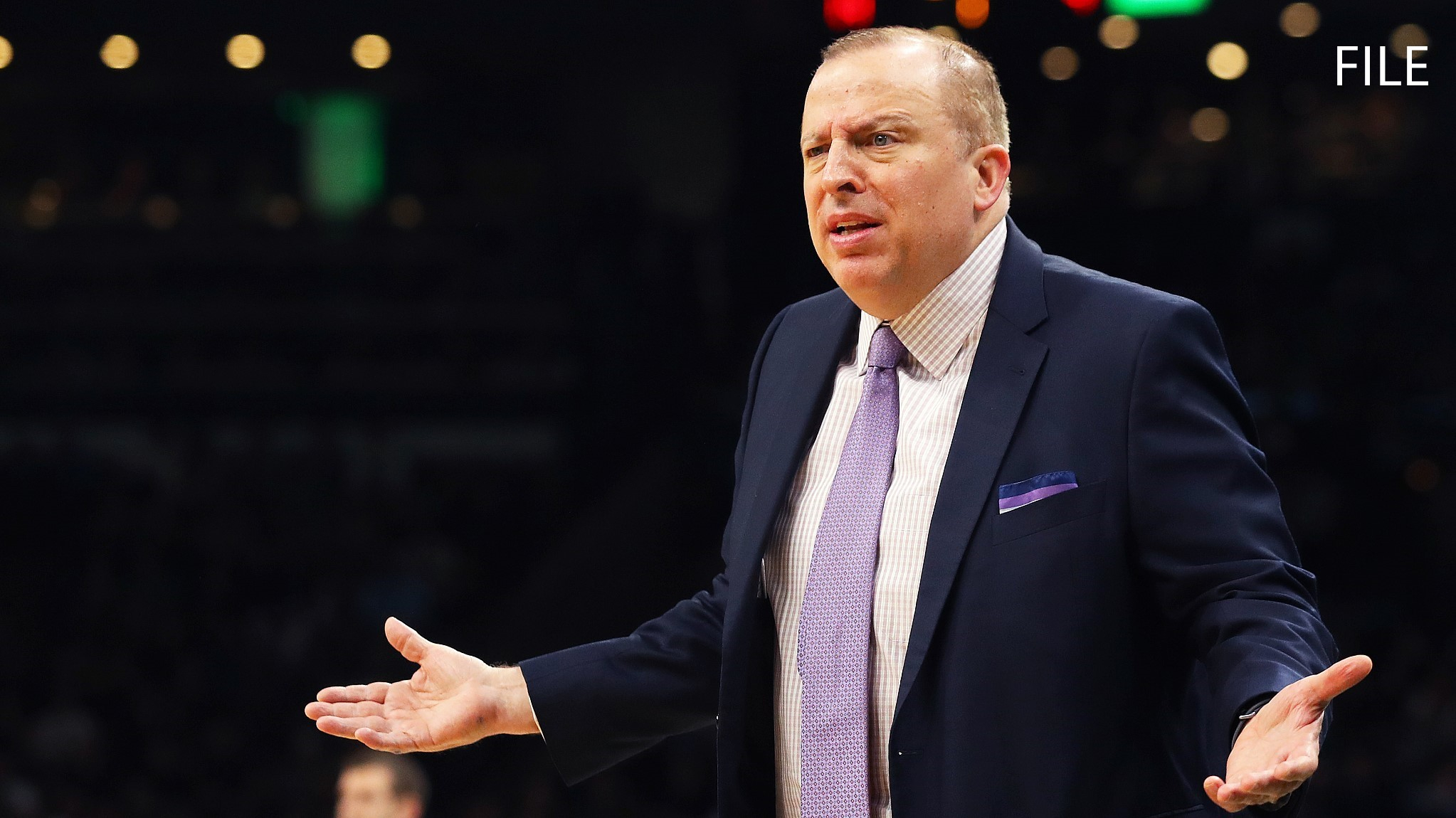 Besides the seven regular-season games, Minnesota Timberwolves firing their president and head coach Tom Thibodeau was the biggest NBA news on Sunday.
It came after the team blew the Los Angeles Lakers 108-86. Meanwhile, the Oklahoma City Thunder watched their winning trend ended by the Washington Wizards 98-116 in spite of another triple-double by Russell Westbrook.

Thibodeau's ouster should not be a surprise 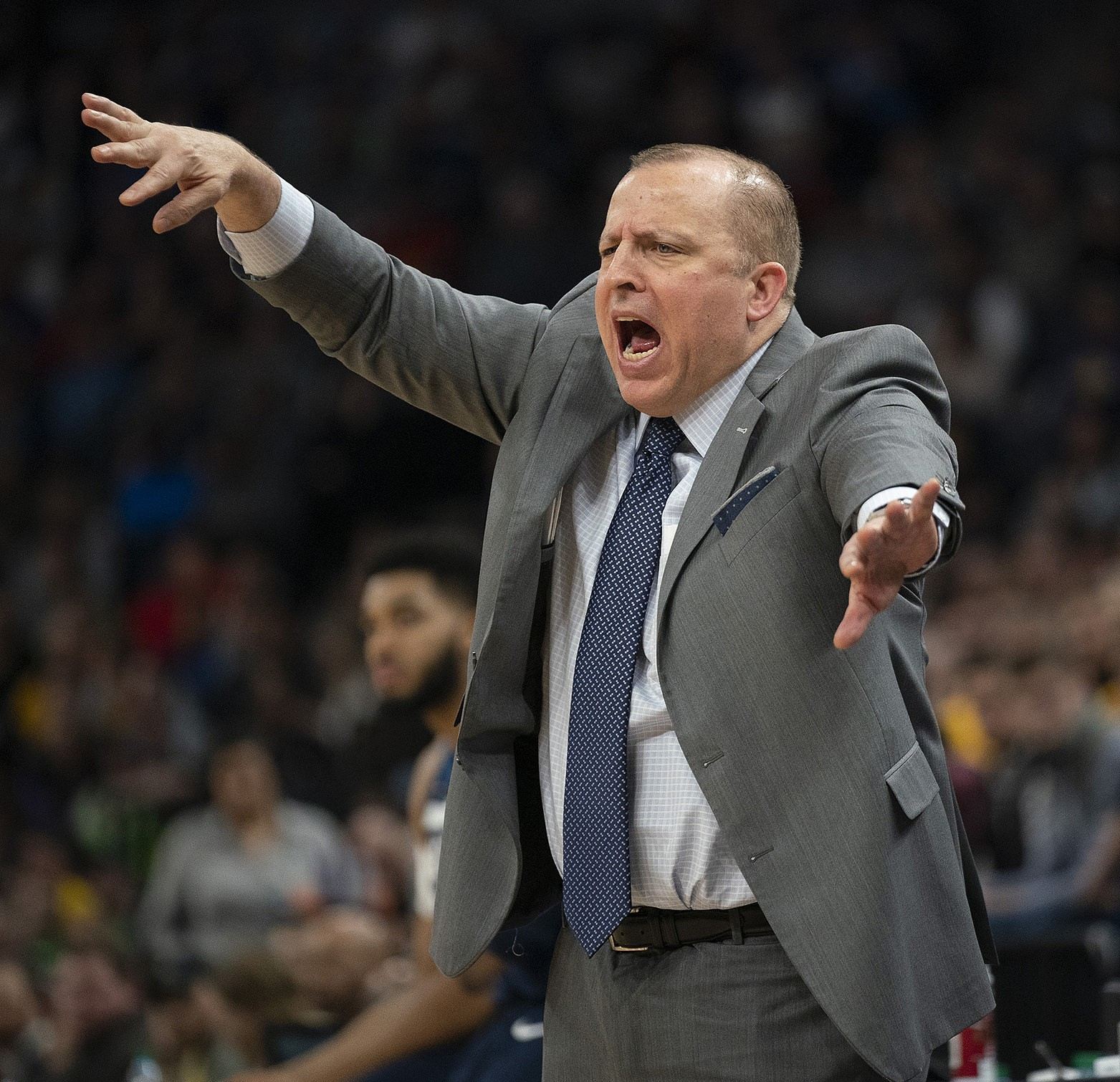 Ethan Casson, CEO of Minnesota and Scott Layden, the team's general manager, walked into Thibodeau's office and fired him after the big win over the Lakers and Thibodeau was very "surprised" and had no idea why he lost his job, according to ESPN's Adrian Wojnarowski.
"We would like to thank Tom for his efforts and wish him all the best. These decisions are never easy to make, but we felt them necessary to move our organization forward," said Minnesota's owner Glen Taylor in a statement.
Thibodeau entered NBA in 1989 and worked as assistant coach for multiple teams including the Timberwolves, the San Antonio Spurs, the Philadelphia 76ers, the New York Knicks, the Houston Rockets and the Boston Celtics. During his time working with Jeff Van Gundy in New York and Houston, Thibodeau became well-known for building a quality defense for the team. Then in Boston, he earned his reputation in this area because, through his efforts, the Celtics from 2008 to 2010 became a top defense team even in NBA history and won a Final Championship in the two NBA Finals they played. 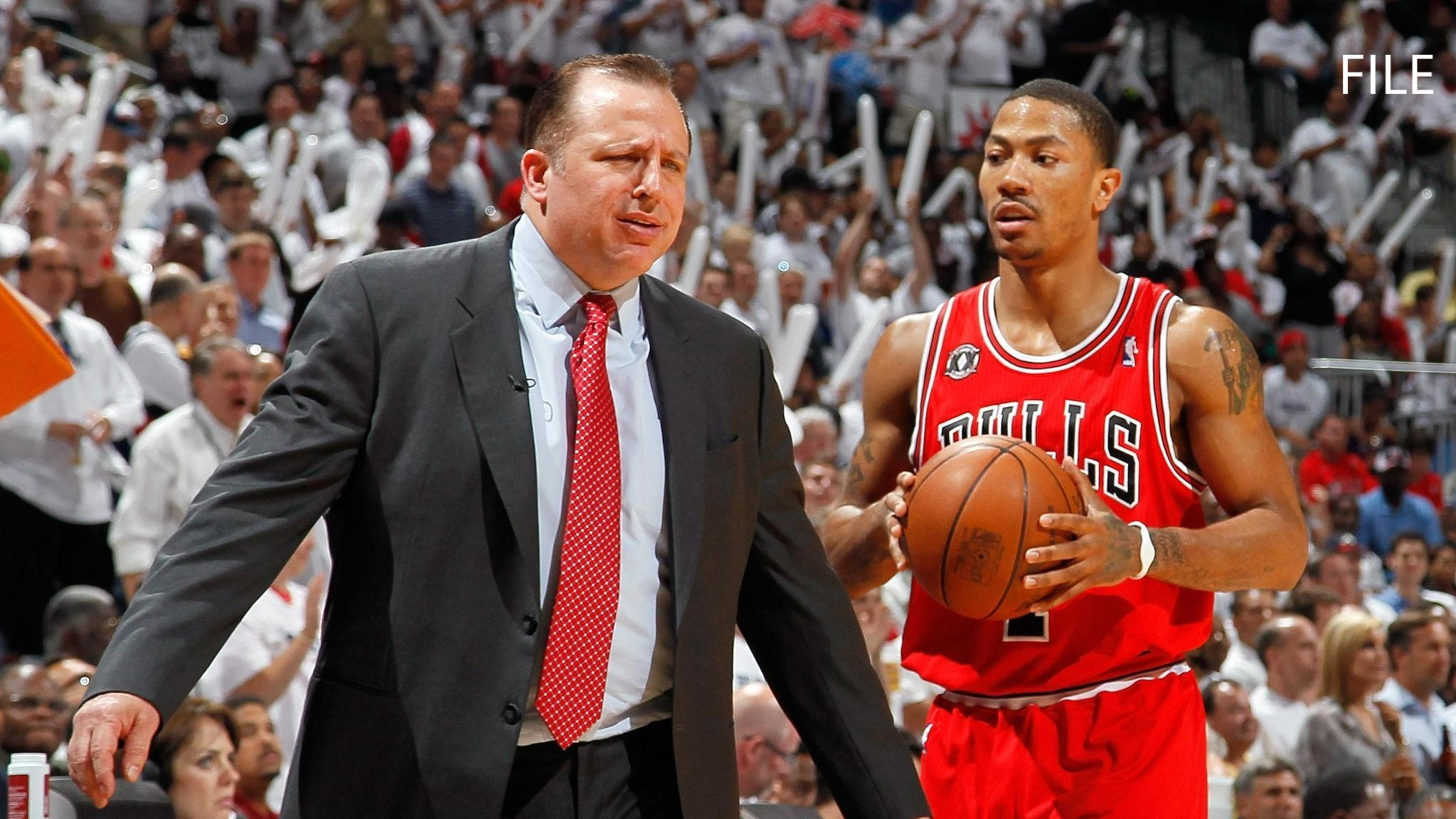 Thibodeau began to run his own team in the 2010-11 season with the Chicago Bulls and healthy Derrick Rose. The two brought each other their career peak. The Bulls won the leagues' most 62 games, achieving the first 50+ win season after Michael Jordan left. Derrick Rose became the youngest MVP in NBA history and Thibodeau was named Coach of the Year.
However, Thibodeau's career started to fall since then. As Rose suffered from constant injuries and Chicago's management grew tired of Thibodeau's coaching style and strong character plus the Bulls saw their performance continue to slip, the team decided to fire Thibodeau in 2015. 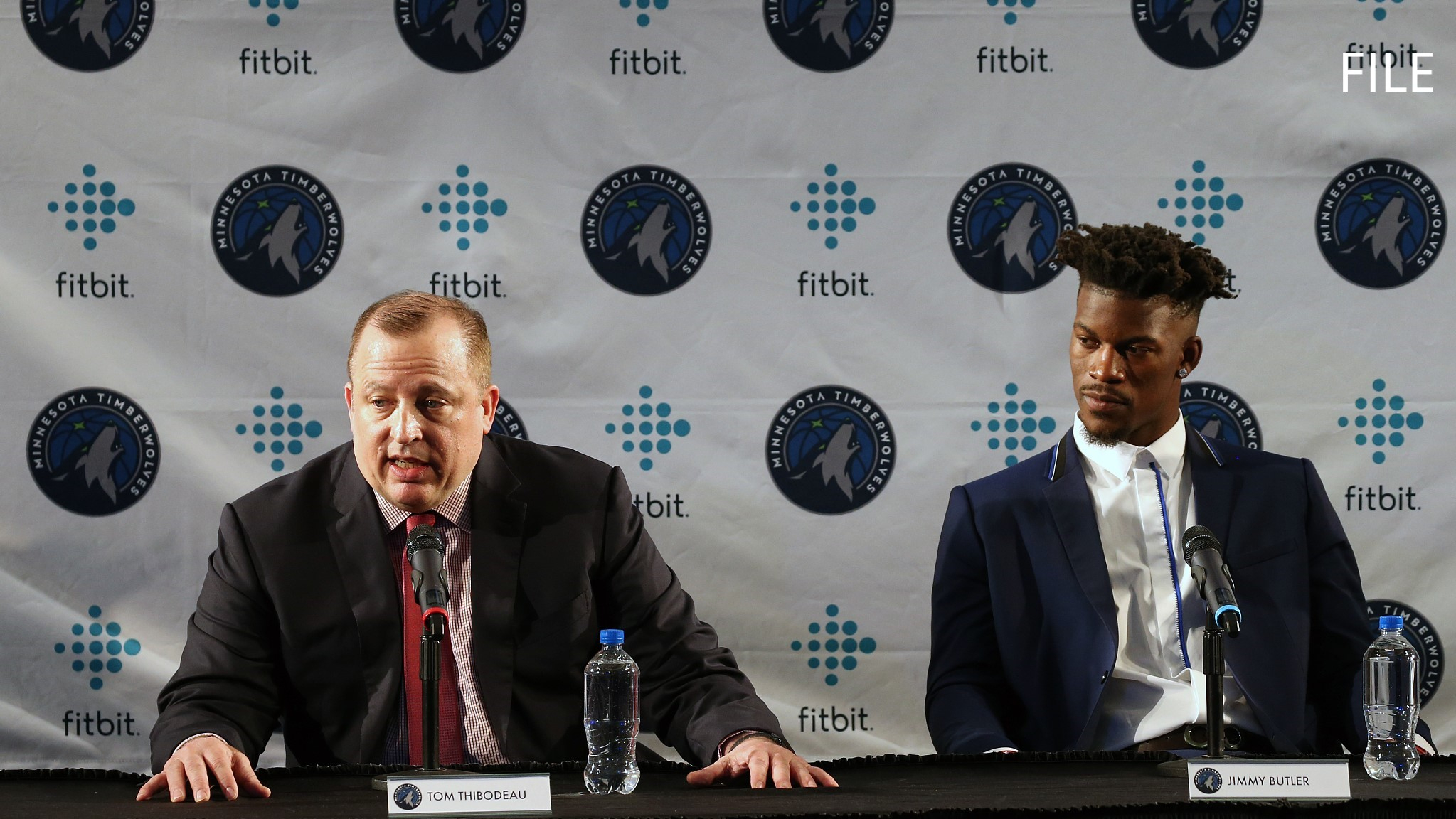 A year later, the Timberwolves reached out to Thibodeau, hoping that the iron-handed coach could help their promising but inexperienced young franchise cash their talents and thus making him both head coach and president of the team. However, with more power, Thibodeau failed to meet Minnesota's expectations. Having missed the playoffs in the 2016-17 season, Thibodeau introduced Jimmy Butler from the Bulls and finally helped the Timberwolves enter the playoff in 2018, though they were soon eliminated by the Rockets 1-4 in the first round.
To many people's surprise, Butler became the first cut into Thibodeau's career in Minnesota. The four-time All-Star swingman caused a months-long trade drama by asking the team to trade him and raging on teammates and even the management. Though Butler was finally sent to the 76ers in exchange for players that the Timberwolves needed, the team remained nearly unimproved and far from the playoffs, not to mention the horrible individual and team defense that Thibodeau failed to change. 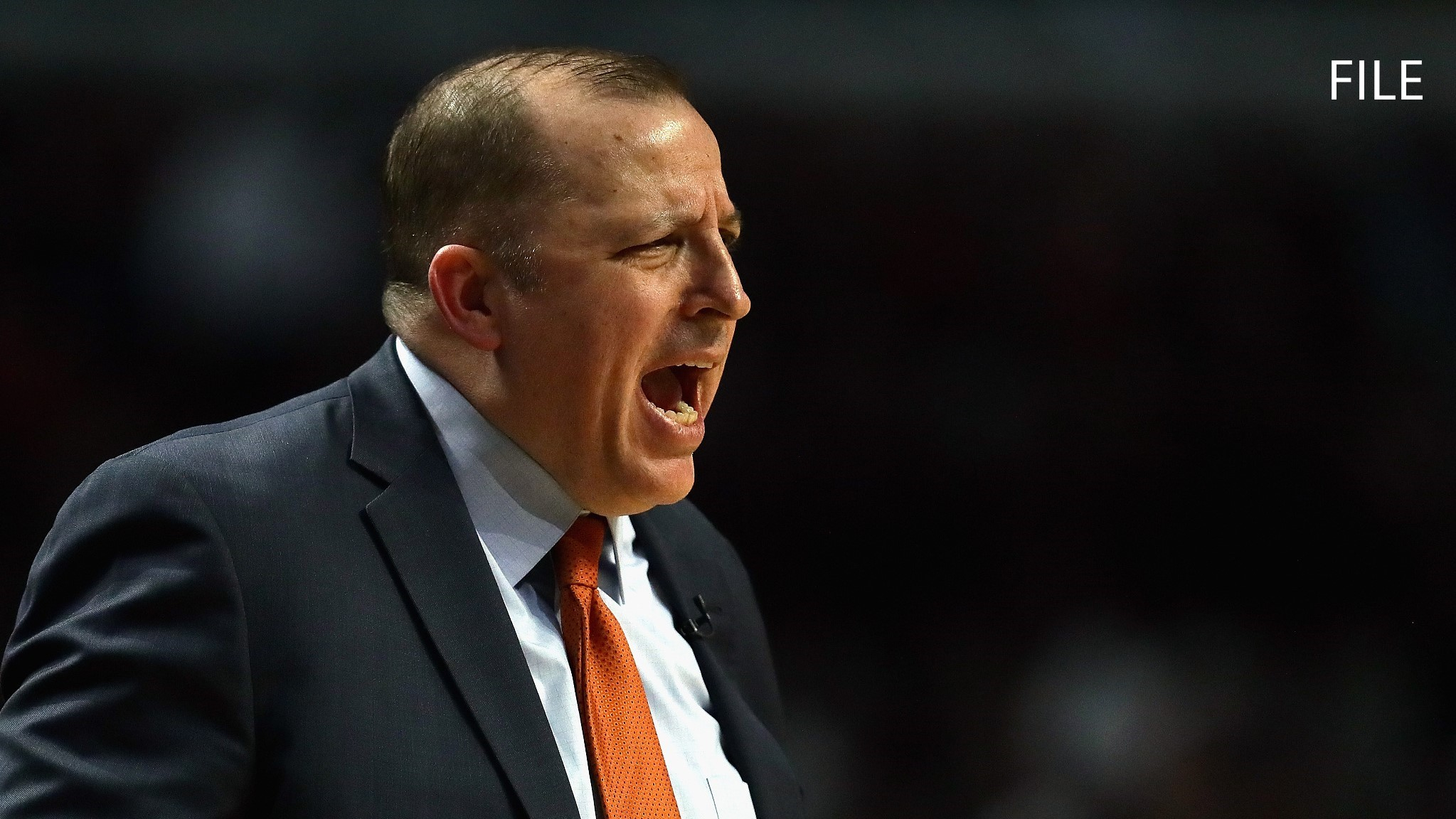 Moreover, like what happened to him in Chicago, both Minnesota's players and management were resented Thibodeau's way of coaching and behaving, which, in the end, led to his ouster. Overusing starting-lineup, relying too much on familiar, veteran players, refusing to change and continually falling out with team management became a fatal weakness of Thibodeau.
Woj gave two names as possible candidates for new head coaches or GMs of Minnesota: former Chicago boss Fred Hoiberg and ESPN analyst Chauncey Billups. 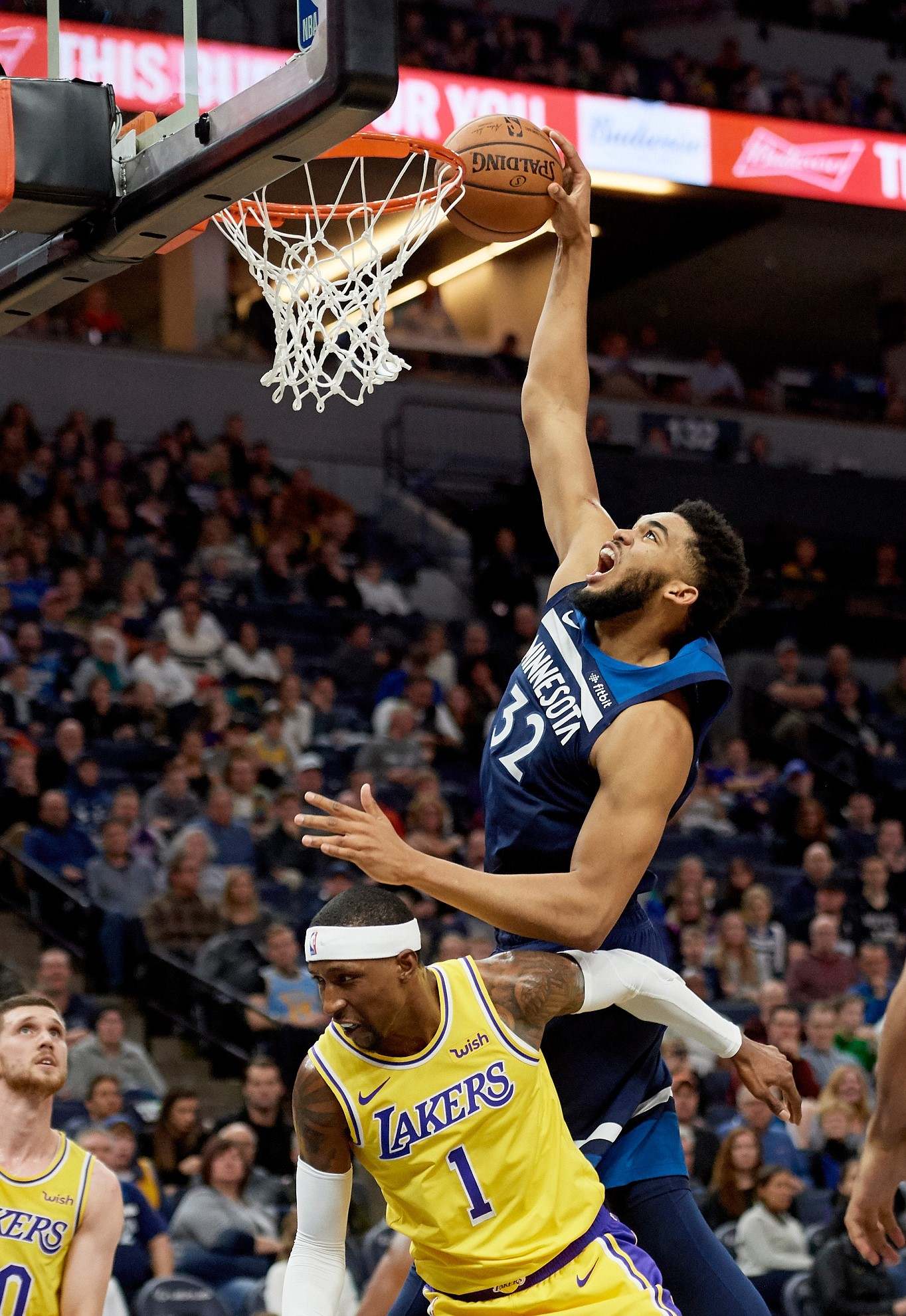 Karl-Anthony Towns #32 of the Minnesota Timberwolves duns in the game against the Los Angeles Lakers, January 6. /VCG Photo

Karl-Anthony Towns #32 of the Minnesota Timberwolves duns in the game against the Los Angeles Lakers, January 6. /VCG Photo

Despite what happened to Thibodeau, players of the Timberwolves should be happy for their second straight win after they smashed the Lakers at home. With a 13-1 run from the beginning, Minnesota held the victory in their hands for all 48 minutes. Both Andrew Wiggins and Karl-Anthony Towns dropped the court's highest 28 points while Towns also took 18 rebounds and delivered four blocks. Jeff Teague finished the game with a double-double of 15 points and 11 assists.
By contrast, the Lakers could not find even one thing to be happy about. Lance Stephenson scored the team's highest 14 points. Without LeBron James, the team had no playmaker who could change the opponent's defense and create opportunities for others, making their offense a mess and explaining why the Lakers lost five of their recent six games. 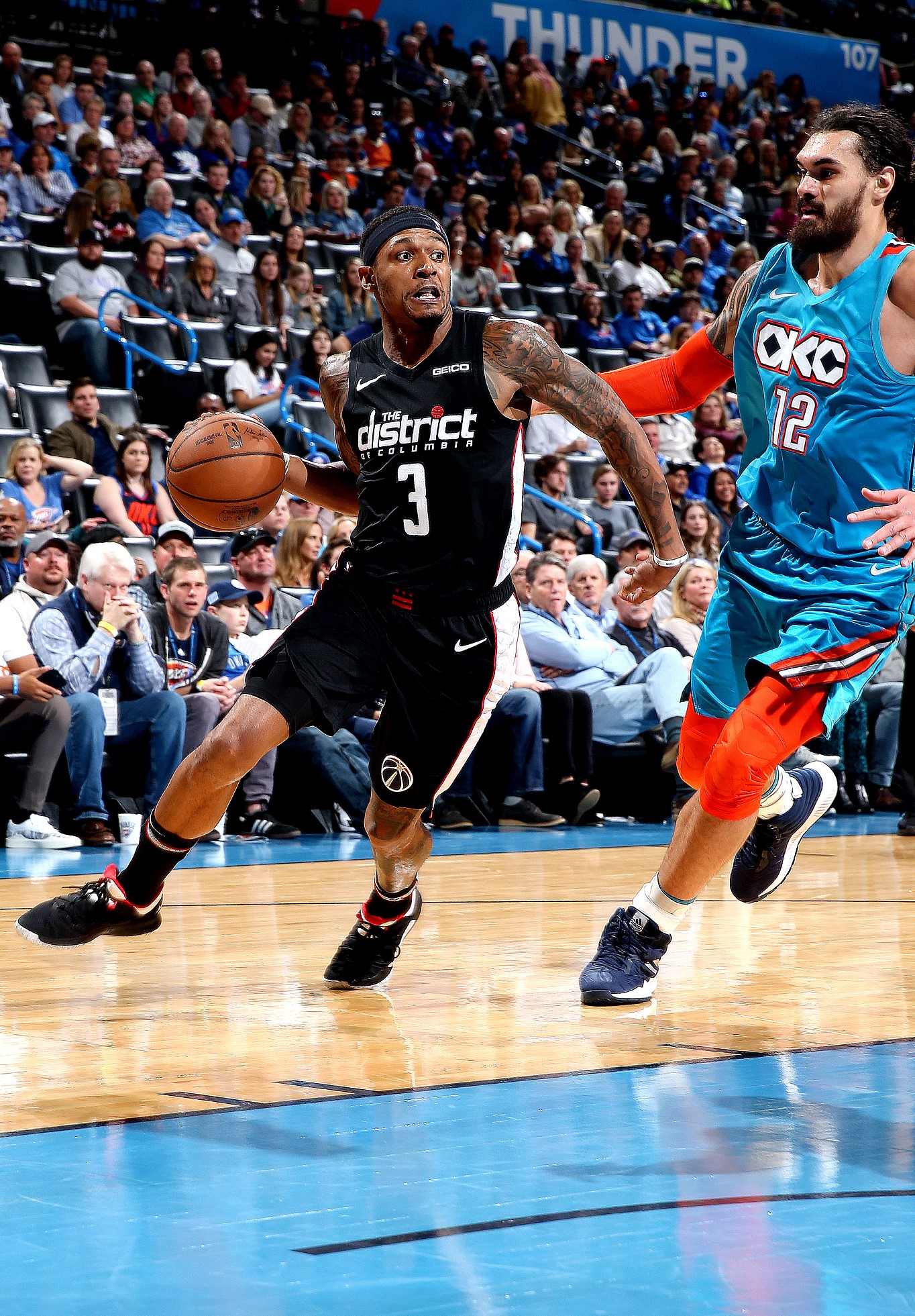 Bradley Bill #3 of the Washington Wizards penetrates in the game against the Oklahoma City Thunder, January 6. /VCG Photo

Bradley Bill #3 of the Washington Wizards penetrates in the game against the Oklahoma City Thunder, January 6. /VCG Photo

The Wizards took a surprise win against OKC thanks to Bradley Bill's 25 points and Otto Porter's 20 points. The victory ended both the team's eight consecutive losses in away games this season and their nine straight losses to the Thunder in history. Washington last won in 2008 when OKC was still known as the Seattle Supersonics.
Paul George failed to continues his incredible scoring performance in recent games and his 20 points were far from enough to save Oklahoma City from the loss. Westbrook though took his 12th this season and 116th triple-double in his career, the low efficiency like usual (9/23 in FG, 2/6 in free throw and eight turnovers) and an 18-point loss shrimped the value of his performance.
Other games on Sunday included: (away teams come first)
Brooklyn Nets 117-100 Chicago Bulls
Orlando Magic 96-106 Los Angeles Clippers
Miami Heat 82-106 Atlanta Hawks
Indiana Pacers 105-121 Toronto Raptors
Charlotte Hornets 119-113 Phoenix Suns