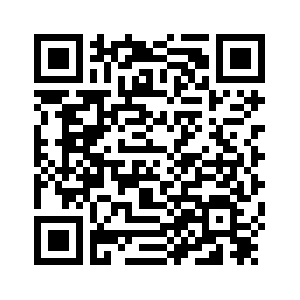 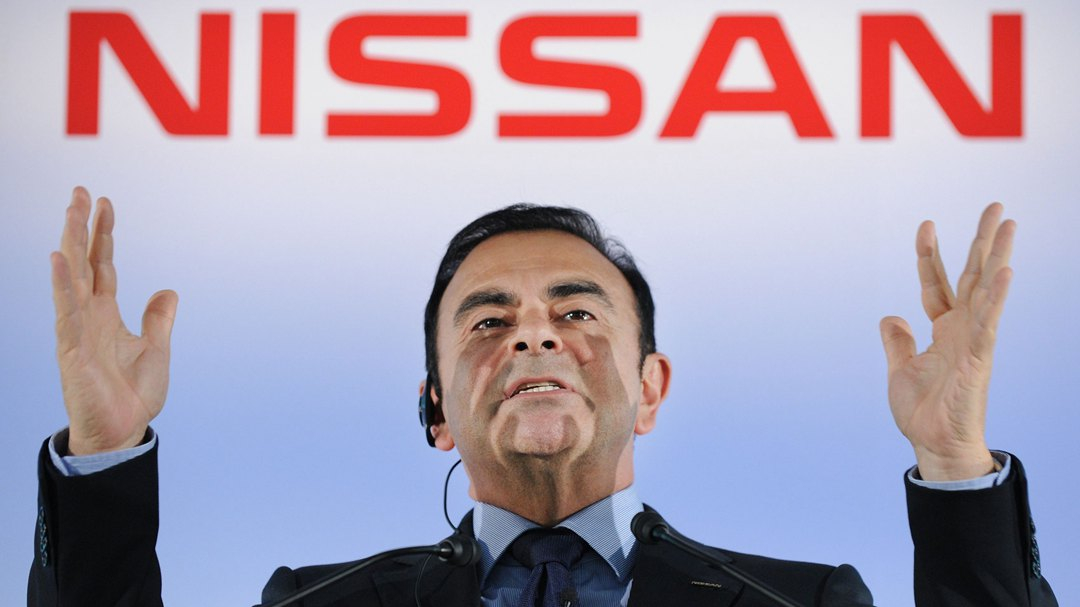 Ousted Nissan Motor Co. Chairman Carlos Ghosn declared his innocence in his first public appearance since his arrest in November, telling a Tokyo court on Tuesday that he was wrongly accused of financial misconduct.
"I have been wrongly accused and unfairly detained based on meritless and unsubstantiated accusations," Ghosn told the Tokyo District Court. He spoke clearly, though he looked thinner with sunken cheeks and his dark hair showing gray roots.
"Contrary to the accusations made by the prosecutors, I never received any compensation from Nissan that was not disclosed, nor did I ever enter into any binding contract with Nissan to be paid a fixed amount that was not disclosed," Ghosn said.
Journalists and television crews thronged outside the court as Ghosn, credited with rescuing Nissan from near-bankruptcy two decades ago, entered in handcuffs and a rope around his waist, led in by two guards.
In an indication of the interest the case has sparked in Japan, more than 1,000 people waited outside the court from the early hours in the hope of getting one of just 14 tickets for the public gallery. 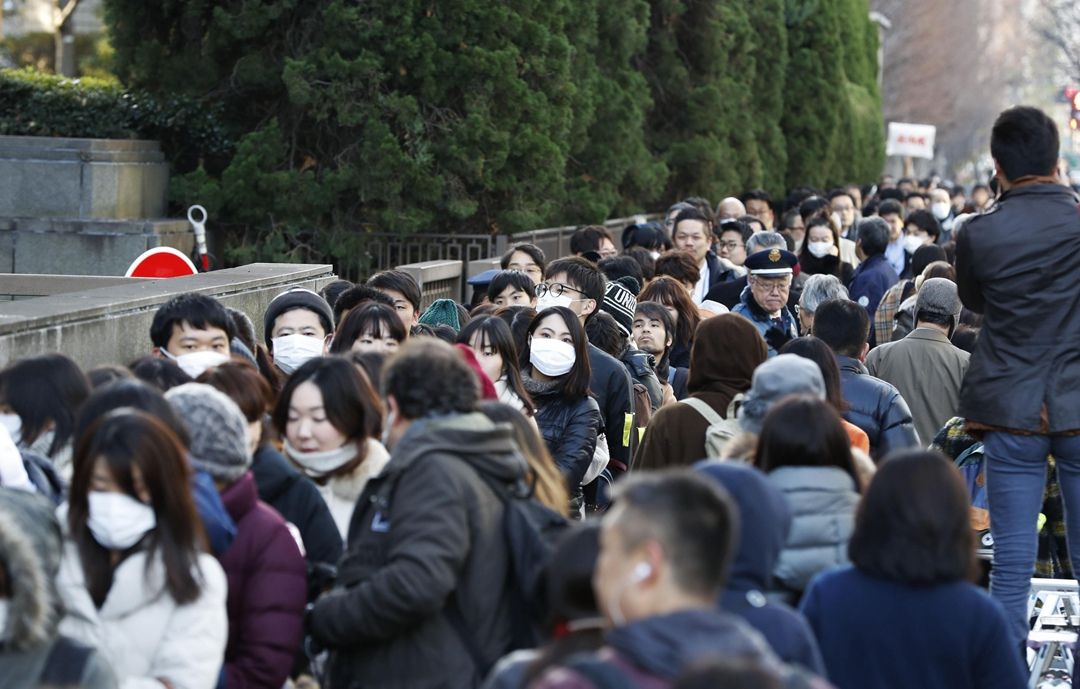 People line up in front of the Tokyo District Court to participate in a ticket draw for the first court hearing of former Nissan Motor Co. chairman Carlos Ghosn, January 8, 2019. /VCG Photo

People line up in front of the Tokyo District Court to participate in a ticket draw for the first court hearing of former Nissan Motor Co. chairman Carlos Ghosn, January 8, 2019. /VCG Photo

The court hearing, requested by Ghosn's lawyers, was held to explain the reasons for his prolonged detention since his November 19 arrest rather than to argue merits of the case. Presiding Judge Yuichi Tada said the detention was due to flight risk and the possibility he could conceal evidence.
Ghosn faces a host of allegations of financial impropriety. Prosecutors have formally charged him over suspicions he under-declared some five billion yen (44 million U.S. dollars) from his salary in documents to investors over five fiscal years from 2010, apparently to avoid accusations he was paid too much.
Authorities also suspect he continued this scheme over the next three tax years, seeking to defer another four billion yen of his salary until after retirement.
A third, more complex, accusation is that he sought to shift personal foreign exchange losses onto Nissan's books and then paid a business contact from Saudi Arabia some 14.7 million U.S. dollars, supposedly from company funds, who allegedly stumped up collateral for him.
Ghosn has not been formally charged over the latter two allegations. 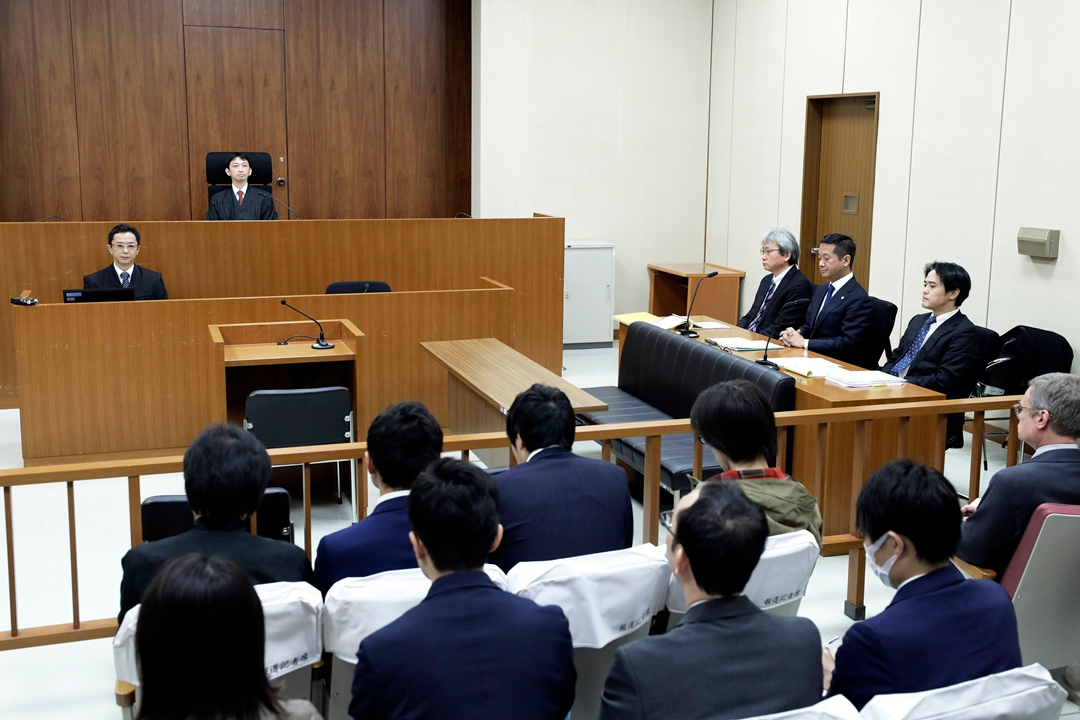 Ghosn is a legendary figure in the auto industry. He forged an unlikely three-way alliance between Mitsubishi Motors, Renault and Nissan that now outsells any other rival group. But his arrest has laid bare divisions in the tie-up.
Nissan and Mitsubishi Motors promptly removed him as chairman whereas the French firm has kept him on while he fights the allegations.
In an interview with AFP on the eve of the hearing, current Nissan CEO Hiroto Saikawa, however, insisted, "I don't think it's in danger at all."
However, Flavien Neuvy, an auto analyst from Paris-based Cetelem, said it was impossible to predict how the affair would hit the grouping.
"Maybe we have hit the limits of this alliance as it was conceived at the beginning," he told AFP.

Meanwhile, Ghosn's son Anthony painted a picture of a devoted family man for whom "money is only a way to help those he loves, not an end in itself."
"He takes his role as a father even more seriously than his role as head of a major company. For him, family is always the priority."