The forgotten army in WWI: Will you remember them?
Pan Jingyi 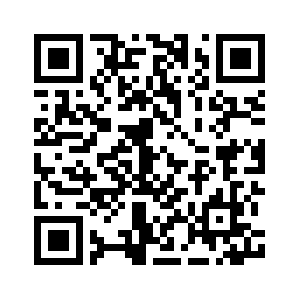 "These hundred years have hurried by rapidly, all that they were forever here, for years and now, as we recall so many lives lost in war, we wonder has anything really changed."
This is a song written by British musician and author Clive Harvey to commemorate the great contributions and sacrifices that Chinese men had made in World War I (WWI).
November 11 marks the 100th anniversary of the end of WWI. Although the battlefield is far from China, around 140,000 Chinese men, known as the Chinese Labor Corps (CLC), left their hometowns and went to Britain and France to support the western front. 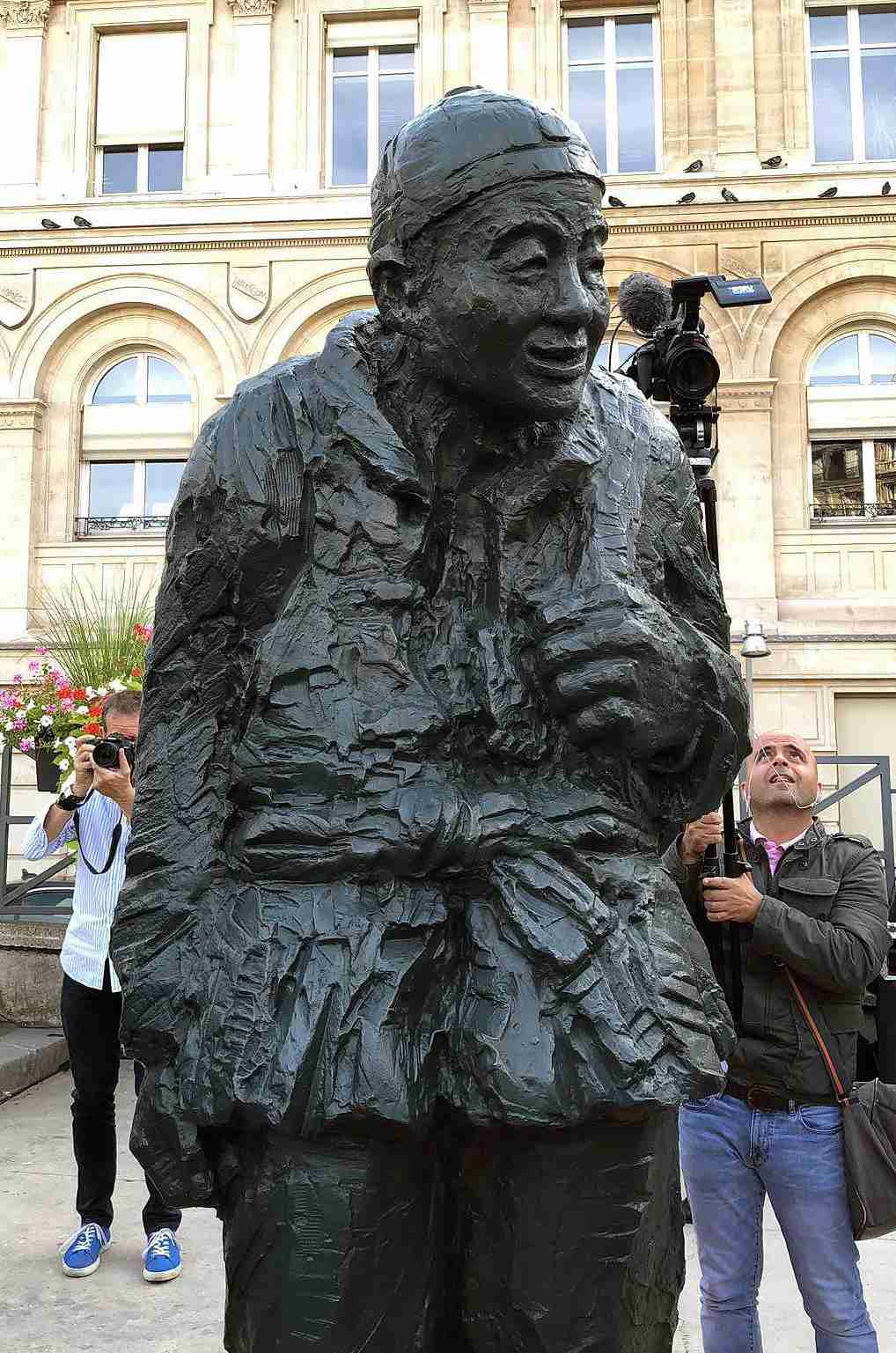 A bronze statue to commemorate Chinese workers in World War I is installed in Paris, September 20, 2018. /VCG Photo

A bronze statue to commemorate Chinese workers in World War I is installed in Paris, September 20, 2018. /VCG Photo

Their stories have been buried in history for a long time, being described as “the forgotten of the forgotten.” But this is now changing thanks to efforts such as the British documentary “The Forgotten Army” that was released in 2017, a bronze statue being installed in Lyon this autumn and photo exhibitions being held in London and Belgium this week.
The First World War lasted from 1914 to 1918, with fighting between the Triple Entente and the Triple Alliance.
After years of fighting and escalating causalities, more laborers were needed. In order to retake the colony taken by Germany, China initially tried to offer troops but was rejected.
China at the time was struggling with regional warlords and foreign invading forces. It would have been a good chance for China to claim its power if it could have joined the war effort. 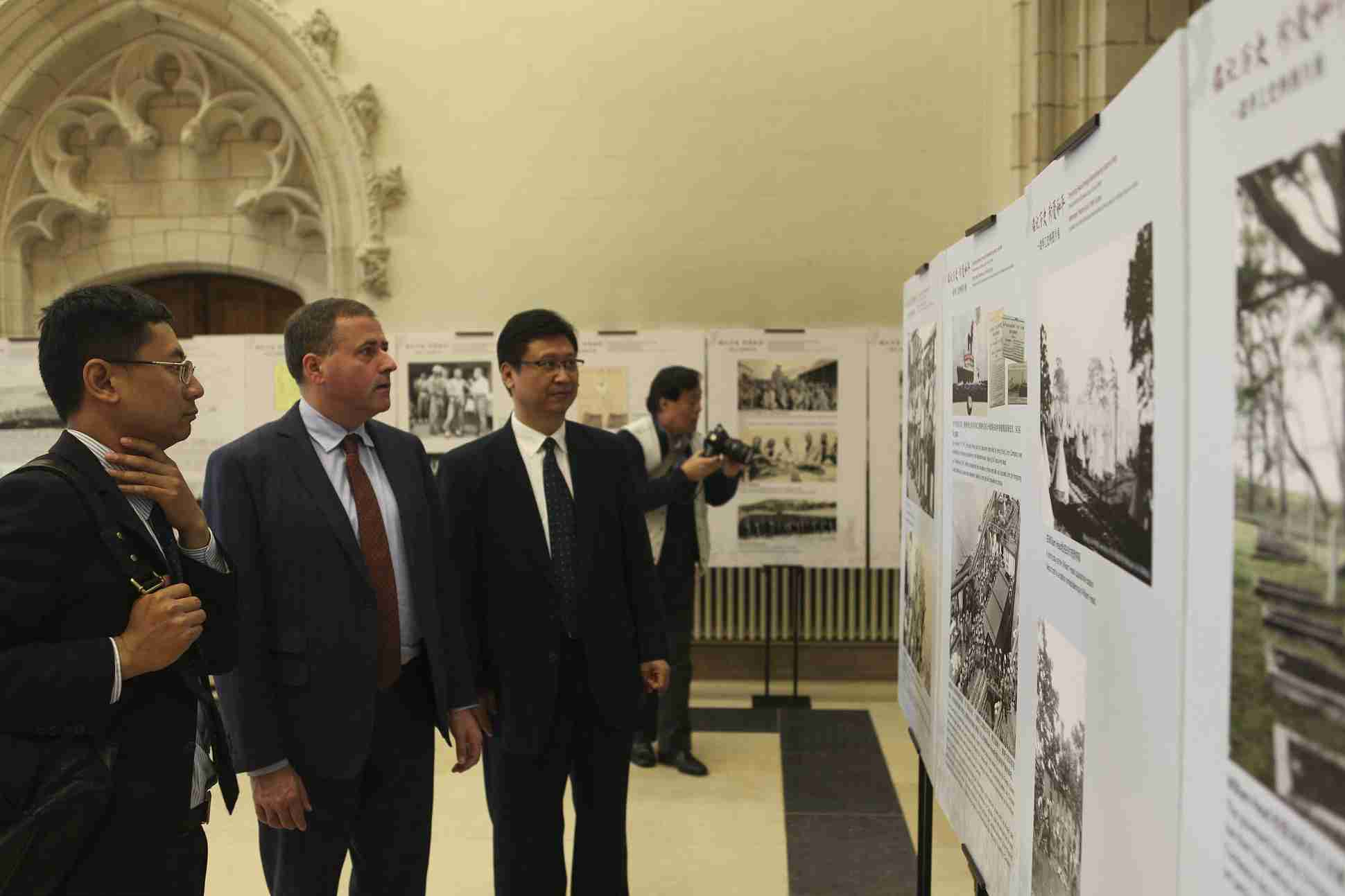 An exhibition paying tribute to the Chinese Labor Corps is held in the Belgian city of Bruges, November 9, 2018. /VCG Photo

An exhibition paying tribute to the Chinese Labor Corps is held in the Belgian city of Bruges, November 9, 2018. /VCG Photo

Europe needed workers although they said they did not need soldiers. So, China proposed a plan to provide unarmed laborers instead of soldiers, in return for a chance to sit at the post-war conference.
The first group of Chinese laborers left Tianjin for Marseille of France on August 24, 1916. Afterward, the British recruitment effort began in November of the same year in Weihaiwei, now Weihai City in Shandong Province.
Most of the laborers were from Shandong, delivering essential supplies to the frontlines, but they were unaware of this when they had signed up for the job, French historian Frances Wood said in the documentary “The Forgotten Army.” 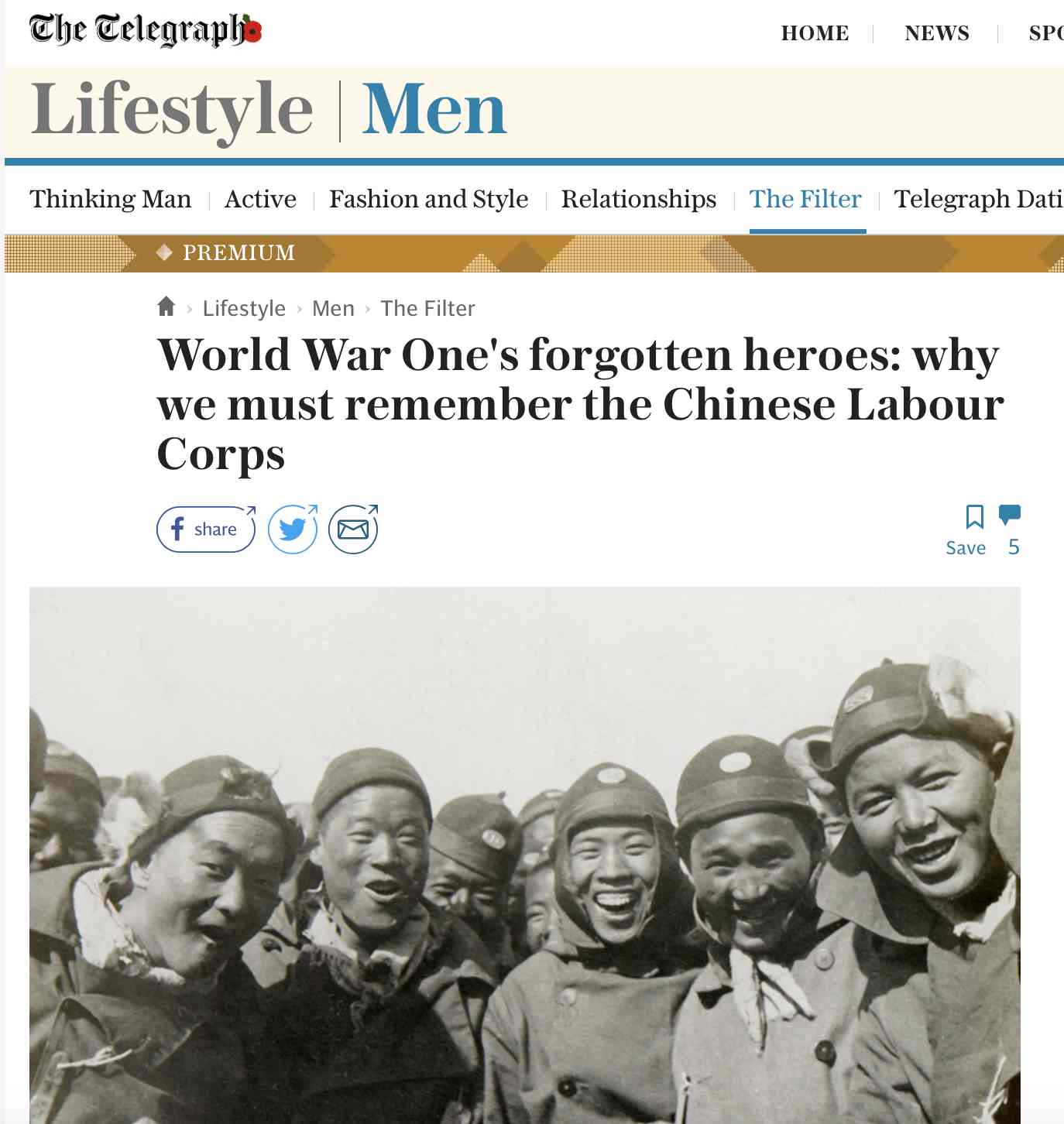 Western media such as The Telegraph has reported on the Chinese Labor Corps in recent years. /Screen Shot

Western media such as The Telegraph has reported on the Chinese Labor Corps in recent years. /Screen Shot

By trains and ships, the laborers made their way to Europe. Hundreds died on February 17, 1917, when a German submarine sank the French passenger ship Athos.
These forgotten heroes risked their lives digging trenches, building railways, maintaining tanks and even dismantling unexploded bombs. They worked 10 to 18 hours a day, seven days a week and only got three holidays a year.
Although they did not have to fight as soldiers, they were often dispatched to the most dangerous frontiers.
The documentary shows what Chinese worker Gu Xingqing had written in his diary. “We had come here to work, it goes without saying that we were terror stricken, back in China, I have never seen such a thing,” the diary reads. “The millions of common people who behind the front perform all kinds of tasks which are of importance to the war. They do not enter the battlefield, but are barely different from those who do.”
Even after the end of the war, their contributions continued. 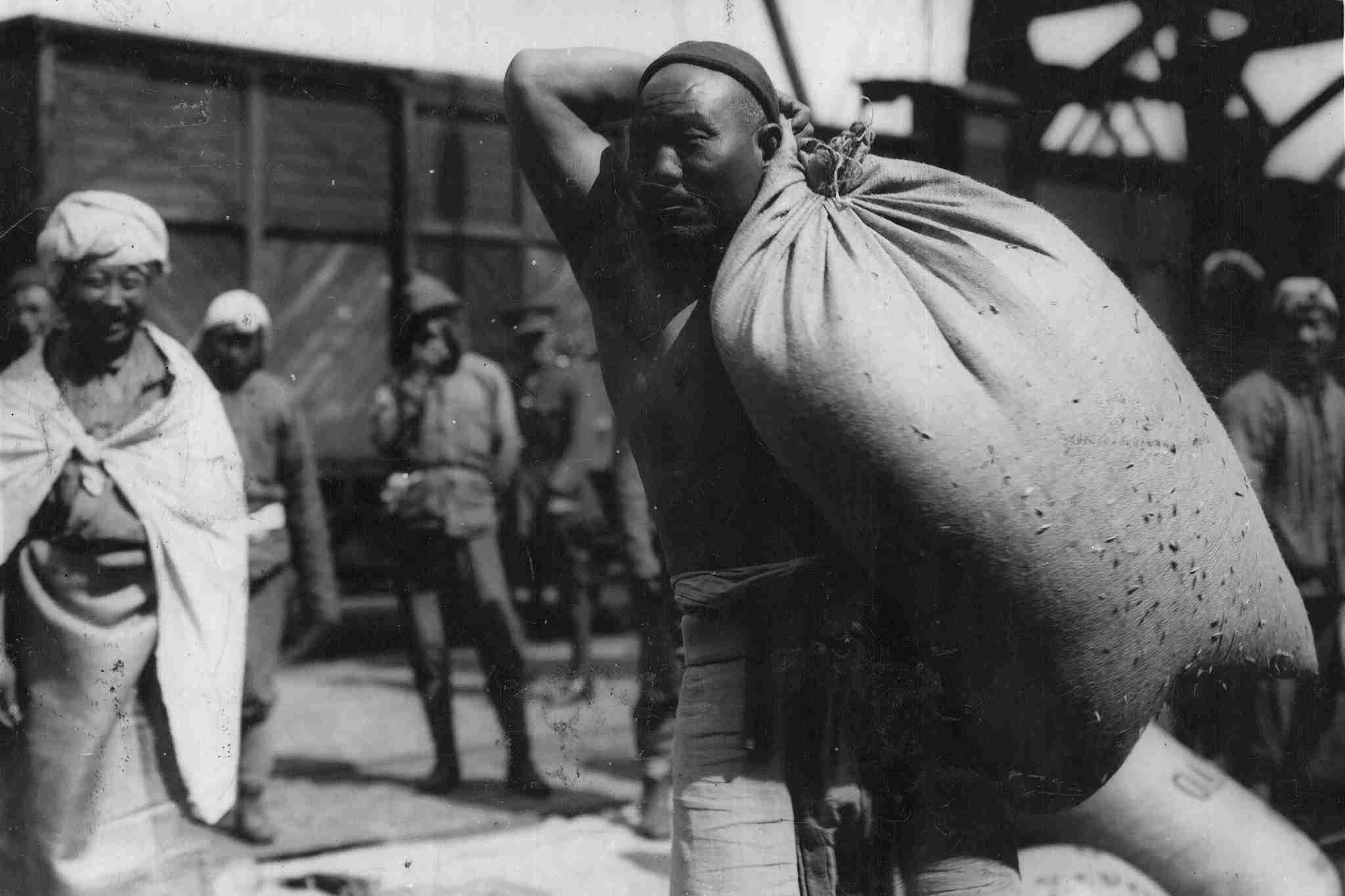 Chinese laborers in Boulogne of France in 1917 /VCG Photo

Chinese laborers in Boulogne of France in 1917 /VCG Photo

The Chinese laborers in France began to form a community by the end of the war because the republic needed them to stay to help rebuild. They started the local Chinatowns. But things were different in Britain; Chinese laborers were not allowed to settle there after the war.
There aren't any definitive figures on how many Chinese workers died during the war, but there have been estimates of 3,000 to 4,000, according to Xu Guoqi, a historian from the Hong Kong University.
The arrival of the Chinese Labor Corps helped relieve European men from heavy work behind the lines. “Chinese people directly helped save Western civilization when the Western powers were determined to kill each other with anything at their disposal,” Xu said, adding that Chinese workers helped rebuild war-torn Europe and let China stand on the world stage.
However, the stories of these unsung heroes were barely recognized at the end of the war. The then foreign secretary of Britain, Arthur Balfour, even accused China of contributing nothing to the war.
But luckily, more and more people in Europe, including the descendants of those laborers, are campaigning for their legacy to be remembered.
During the photo exhibition commemorating the Chinese laborers in WWI in London this week, John De Lucy, whose grandfather was a British officer in charge of a Chinese labor force, said he is honored to present those photos and let more people know about the history. 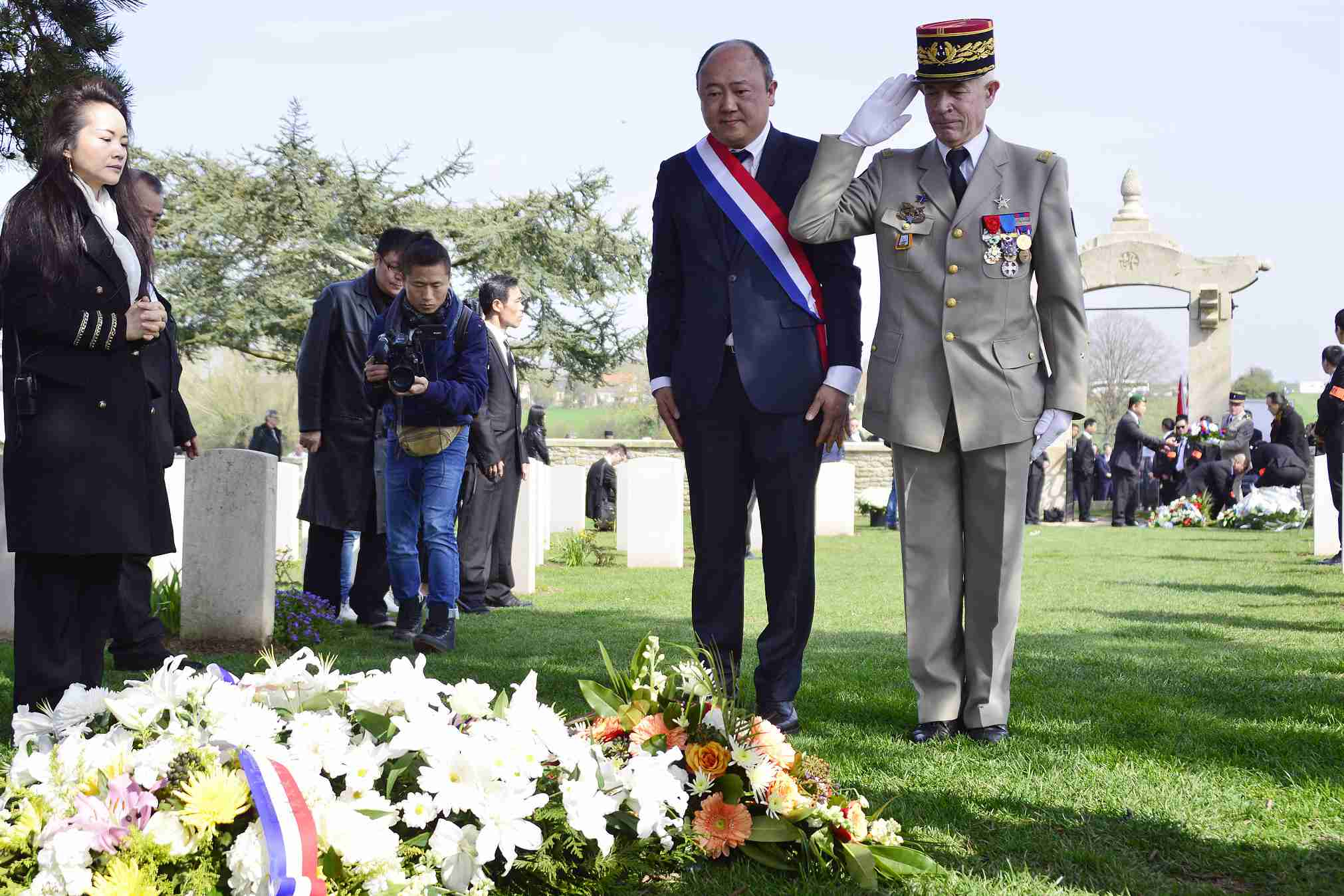 An official with the Chinese Embassy in the UK, Ma Hui, said Chinese workers were a part of the history of the war. “Looking back at this history will help us cherish the peace in today's world.”
One hundred years ago, our ancestors left their beloved families and land to support the war.
One hundred years later, will you remember them?
“Wherever they have fallen, together we remember them, their fears and their words, linger here.” Maybe we should listen to what Harvey's song tells us.
(Cover Photo: File photo: The first ever Belgian monument to the Chinese laborers is unveiled at a village two kilometers away from Poperinge, November 15, 2017. /VCG Photo)