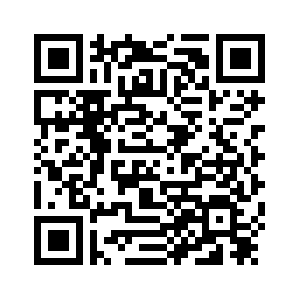 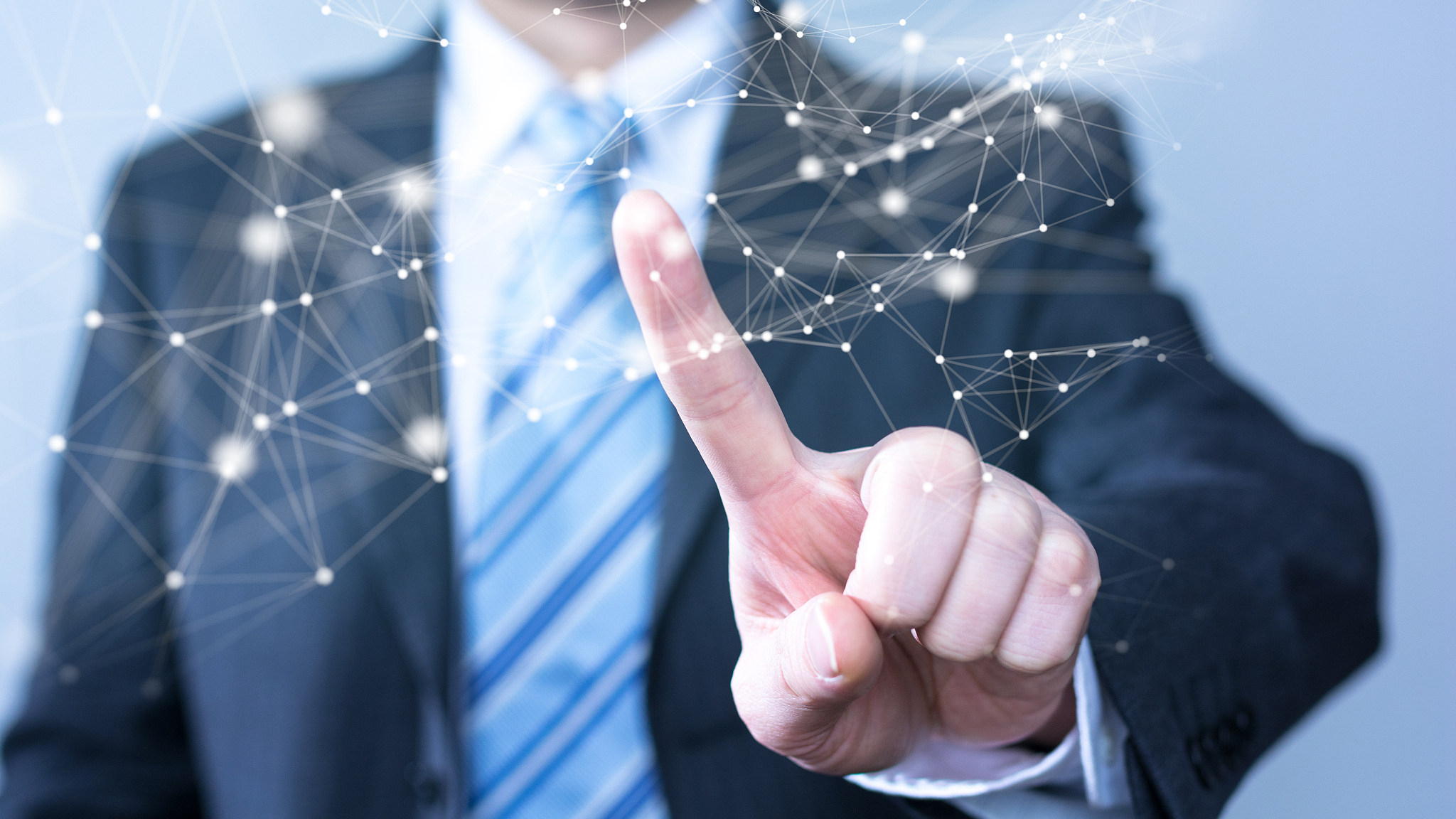 Editor's Note: Peter Chi is a research fellow at the National Image Research Center, Tsinghua University, and CEO of Beijing Lucky Earth International Culture Co., Ltd. The article reflects the author's opinion, and not necessarily the views of CGTN.
The fifth World Internet Conference (WIC) will be held for three days from November 7 in Wuzhen, east China's Zhejiang Province. The theme for this year's conference is "Creating a digital world for mutual trust and collective governance – toward a community with a shared future in cyberspace."
The Internet has become an irreplaceable tool in our daily life, and the world is more connected than ever before. No matter if you are at home or not, it has become a habit to use the Internet for most of your activities. Its usage ranges from simple communications with friends, writing emails to shopping online and much more.
Nowadays people live two different lives, offline and online. The invention of social media has changed how people communicate and interact with each other. As more and more people upload personal information onto the Internet, the risk of leaking information has become bigger as well.
Each coin has two sides. Even if the Internet makes our life significantly easier and more convenient, it has become one of our greatest threats. Today, it's not strange to hear news about privacy breaches on social media platforms, ransom software and many more illegal cybercrimes. 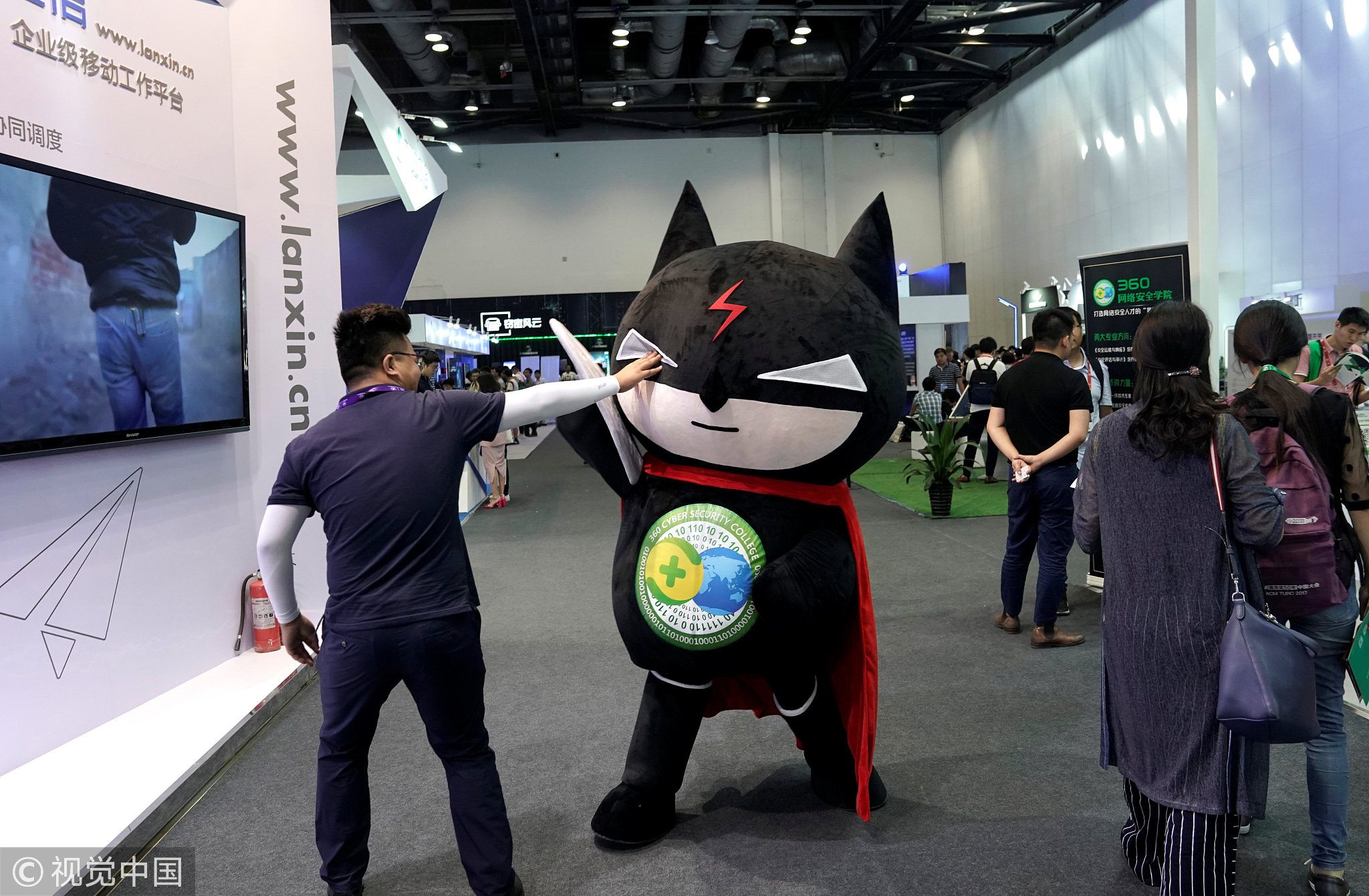 A man plays with the mascot of a cyber security company at an exhibition of the Internet Security Conference 2018 in Beijing, September 4, 2018. /VCG Photo

A man plays with the mascot of a cyber security company at an exhibition of the Internet Security Conference 2018 in Beijing, September 4, 2018. /VCG Photo

The access to personal information is much easier compared to the age before the Internet. Cybersecurity has thus become one of the most important issues for the people and governments around the world.
Cybercrimes have increased drastically over the years, and in 2018 they cost a shocking 1.5 trillion US dollars in losses. As the commerce, entertainment and government sections get more attached to the Internet, they have become targets for criminals.
IBM President and CEO Ginni Rometty stated last year that cybercrime has turned out to be the greatest threat to companies worldwide.
I remember when I was still living in Vienna, there was an incident where hackers got access to Chinese overseas students' social media accounts, and swindled money from their parents. Although the victims reported the case to local authorities, they never got their money back in the end.
With the development of technology, such as the Internet of Things, artificial intelligence, big data and automated cars, people are exposed to possible dangers. For examples, hackers can gain access to automated cars through the Internet and use them for evil purposes. Hence, Tech companies spend a lot of money on cybersecurity to prevent future crimes from happening.
Another threat we face is cyber bullying and online trolls. Cyber bullying comes in various forms, such as sending threats, spreading rumors or leaving mean comments on social media platforms. 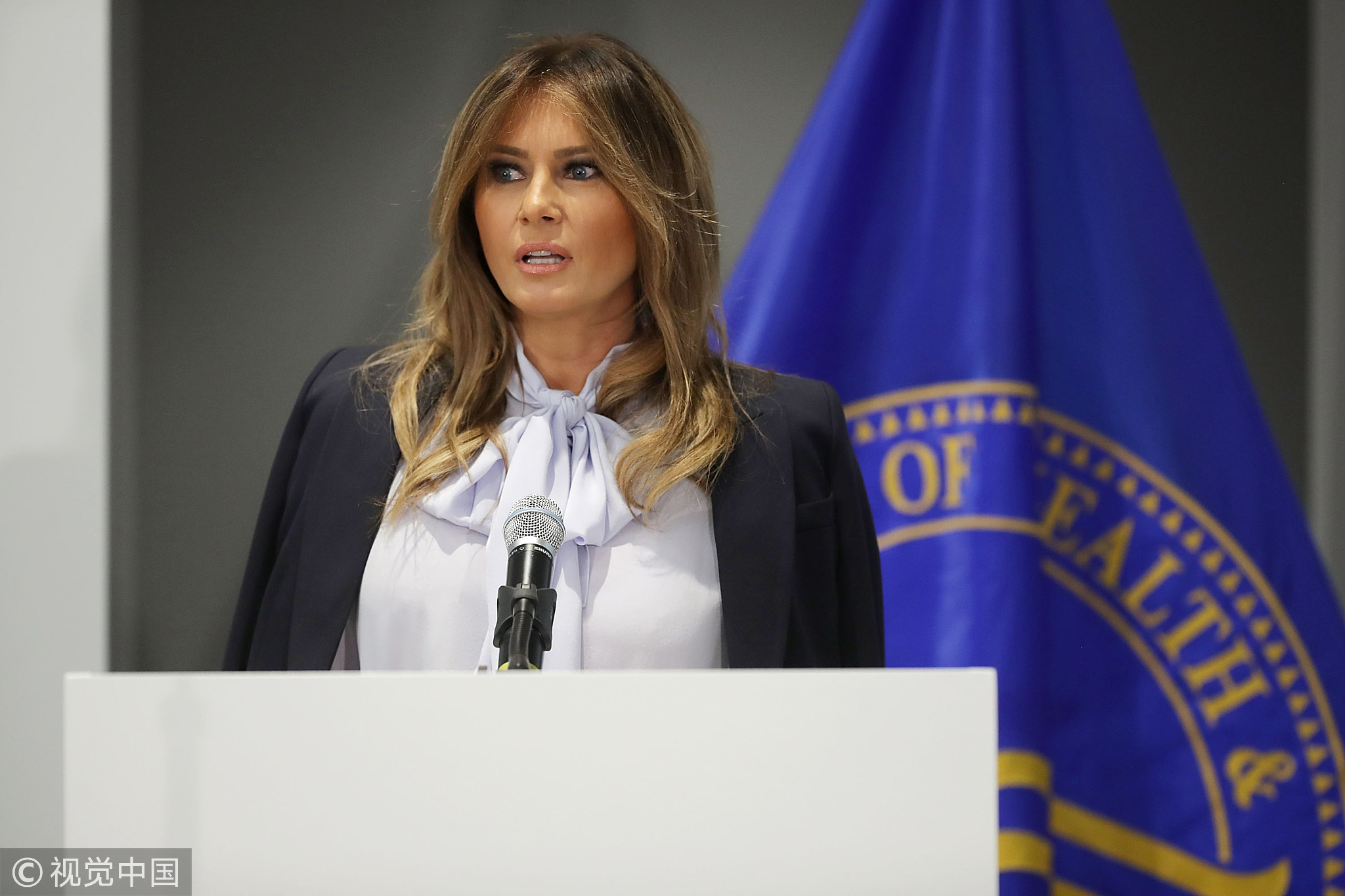 US first lady Melania Trump delivers a speech during a Federal Partners in Bullying Prevention meeting at the Health Resources and Service Administration in Rockville, Maryland, August 20, 2018. /VCG Photo‍

US first lady Melania Trump delivers a speech during a Federal Partners in Bullying Prevention meeting at the Health Resources and Service Administration in Rockville, Maryland, August 20, 2018. /VCG Photo‍

It is much easier for people to discriminate and bully someone when they are hiding behind the computer screen. Teenagers are especially vulnerable to cyber bullying, with every second teenager being a victim.
With the increase of cybercrimes, governments worldwide have established cyber courts for persecuting the criminals. People are becoming aware of the threats from cyberspace, and are doing the best they can to stay safe online.
To summarize, people in the Internet era are finding it increasingly difficult to get access to a safe and clean cyberspace. Cybercrimes are one of the greatest threats for companies. Only by keeping up-to-date with the newest technologies can cybercrimes be prevented.
Awareness of cyber bullying should be raised, as online bullying has increased drastically over the years but only a handful of teenagers report it to their parents.
(If you want to contribute and have specific expertise, please contact us at opinions@cgtn.com.)