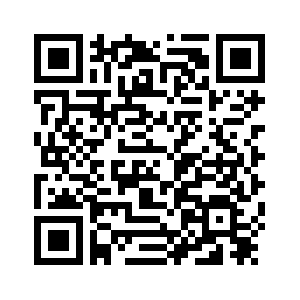 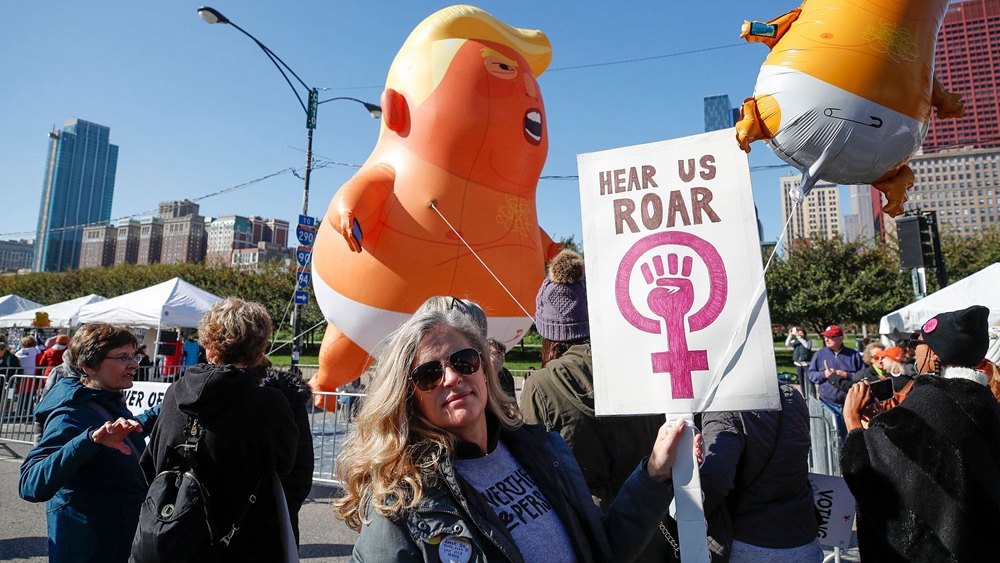 Thousands of people made their disdain for President Donald Trump heard Saturday at a rally and march in Chicago aimed at galvanizing support for Democrats in the upcoming November midterm elections.
A giant "Baby Trump" flew over the crowd. Trump was depicted as "El Diablo" on a high-flying flag. Demonstrators waved "Vote Blue" banners – the message was unmistakable.
Angered by the bitter fight over new US Supreme Court Justice Brett Kavanaugh and what they called the "anti-woman agenda" of the Trump administration and the Republican Party, women – and men – descended on the Windy City's picturesque Grant Park.
The "March to the Polls" event – which began in the downtown park and wrapped up after a two-block-long crowd marched to the center of the business district – came just as voter registration deadlines neared in most states and early voting ramped up in more than a dozen states including Illinois.
Hillary Clinton appeared in a video message played on a giant screen, encouraging people to register to vote.
"Imagine being able to hold this administration accountable," Clinton said, echoing the general sentiment that the election is a barometer of Trump's popularity. 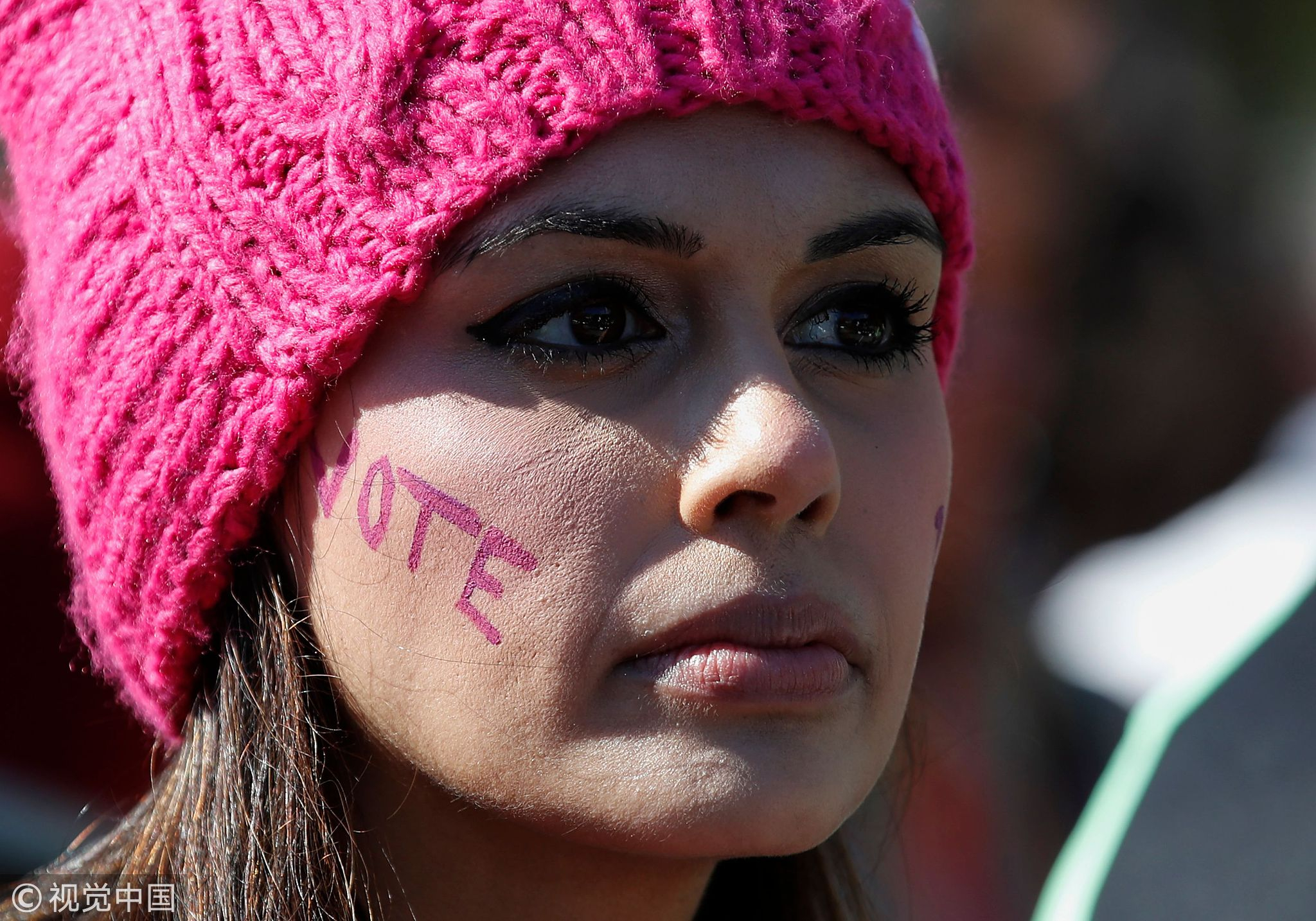 Women gather for a rally and march at Grant Park in Chicago, Illinois to inspire voter turnout ahead of midterm polls,  October 13, 2018. /VCG Photo‍

Women gather for a rally and march at Grant Park in Chicago, Illinois to inspire voter turnout ahead of midterm polls,  October 13, 2018. /VCG Photo‍

Saturday's demonstration included a street festival-like "Voter Village" where dozens of community groups and politicians set up booths to reach new voters and encourage political involvement.
"We wanted to lead into the midterms and encourage women to get out and vote," said Jessica Scheller, head of Women's March Chicago, which organized the event.
The loud crowd of thousands of men, women and even children, marched through downtown Chicago chanting "Vote them out!" Some were encouraged to head to early voting locations nearby to cast ballots.
Iyahna Wilson, a 19-year-old volunteer who assisted in the march, voted for the first time – motivated by racial justice issues and gender rights.
"I never really thought that my vote was going to make a change," said Wilson, moments after she exited a downtown polling location, raising her hands up in celebration.
It is that mindset that organizers were fighting to change with an event they specifically aimed to take place in the run-up to the midterm election.
"I would like women to take charge of the midterms," said protester Sarah Sieracki.
The 23-year-old from the nearby Republican-dominated state of Indiana was the type of voter organizers hoping to encourage to get involved. 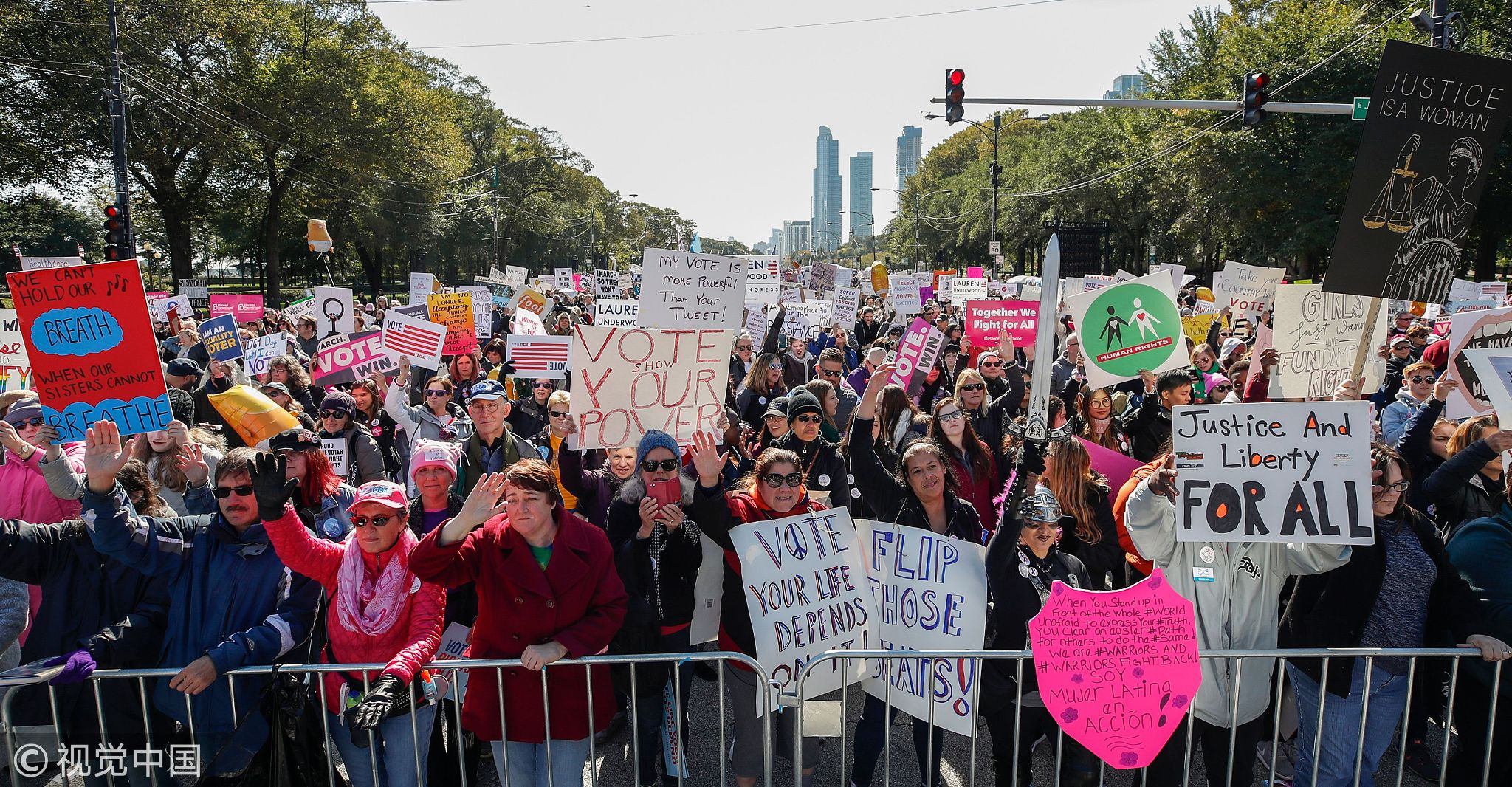 She was carrying a "Grab 'em by the midterms" sign – a play on an infamous remark made by Trump.
"Women need to vote. They need to get out," said Sieracki.
"We need to rally the young millennials and the people coming up, turning 18 [years old]."

The Chicago rally symbolized the political rancor generated by the partisan fight over Kavanaugh's confirmation despite sexual assault allegations and powerful testimony against him by his accuser Christine Blasey Ford.
All but one Senate Republican voted to confirm Kavanaugh to a lifetime appointment on the Supreme Court. All but one Democrat voted against.
Anti-Trump marches were scheduled later this month in other states, including the Republican strongholds of Texas, Georgia and South Carolina.
"It is infuriating to women to watch that display that we watched in that Senate committee hearing, and to see that that man was still confirmed," Scheller said.
"Women are angry. And we're starting to feel comfortable being angry."
Republicans currently hold the White House and both chambers of Congress, but many in the party fear anti-Trump voters will overwhelm the president's supporters in the elections, pushing the House – at least – over to the Democrats.
Most states allow early voting by mail-in ballot or at a limited number of polling stations, giving those unable to show up on Election Day a chance to vote.
Chicago organizers insisted their event did not favor any one party, even though funding came largely from trade unions and Democrat-aligned groups.
Previous women's protests have included plenty of anti-Trump rhetoric.
Protests in January shut down streets in dozens of American cities. In Chicago, hundreds of thousands marched.
Source(s): AFP