Graphics: China's role in world's peacekeeping cause
By Hu Yiwei 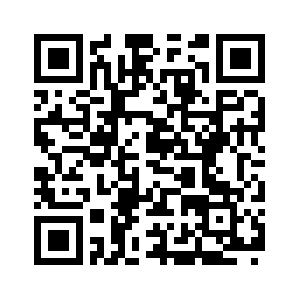 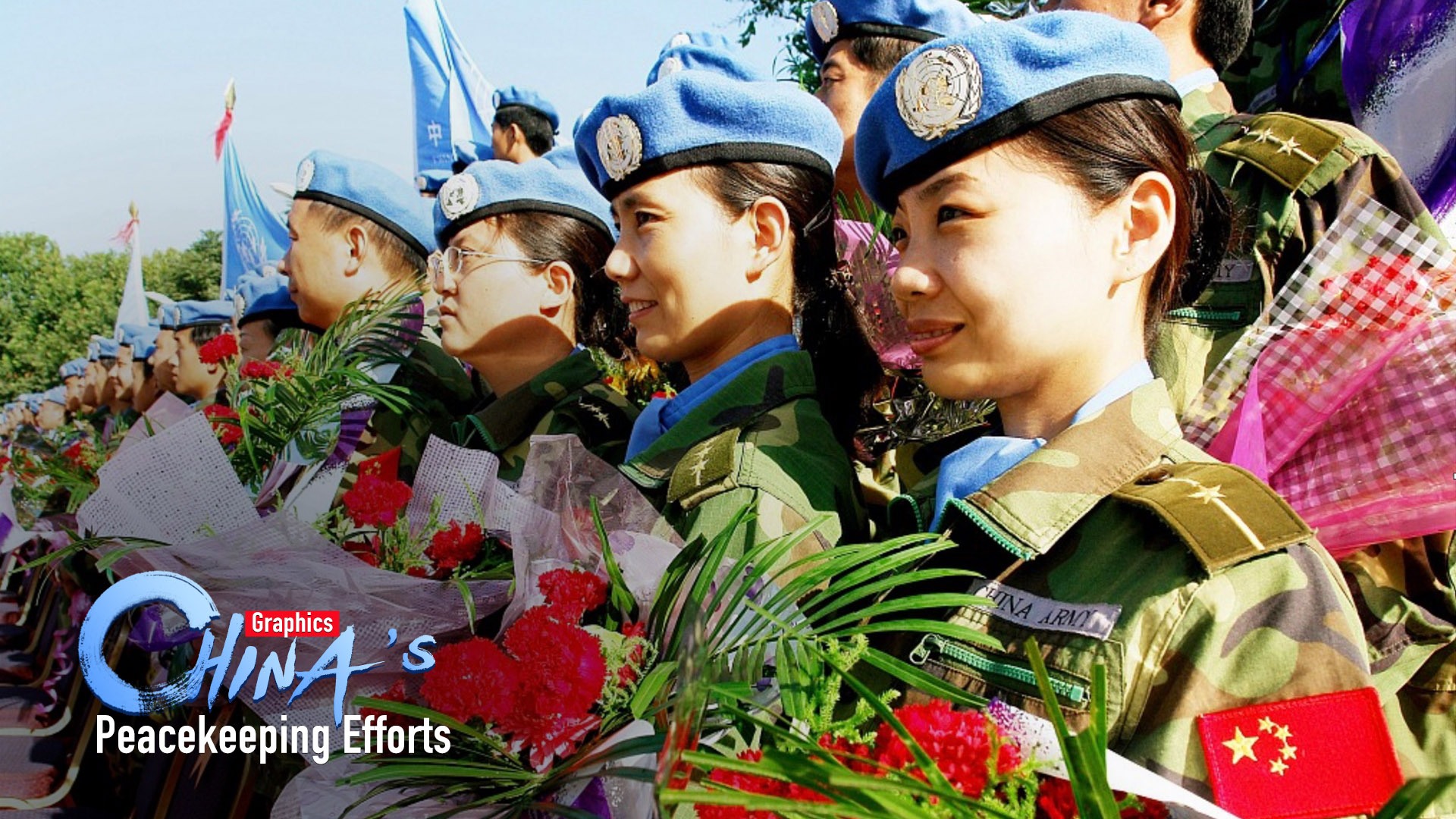 Twenty-nine years have passed since China joined the United Nations peacekeeping operations by sending five military observers to the Middle East in 1990. 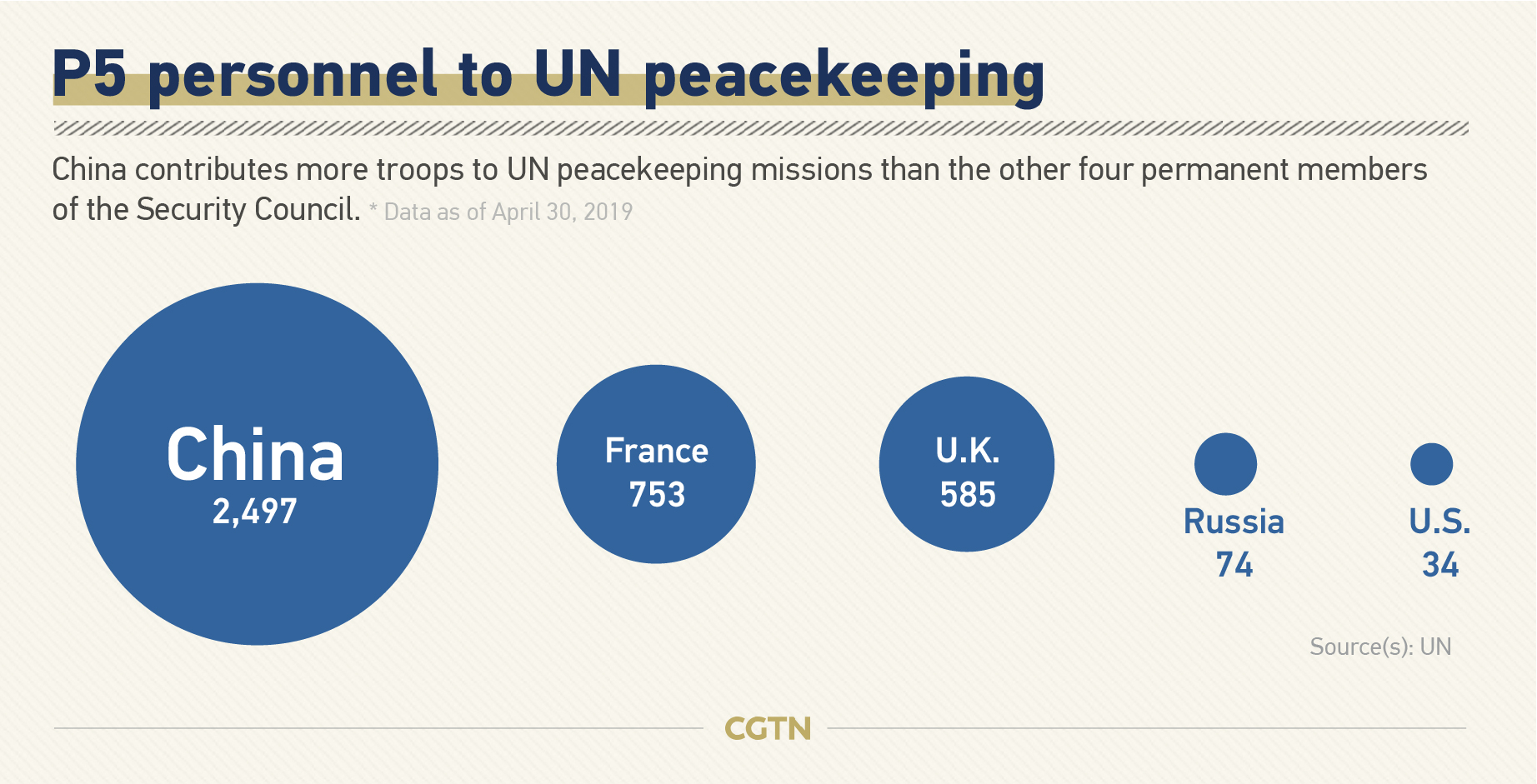 Currently, China has some 2,500 peacekeepers serving in eight UN peacekeeping operations, the largest peacekeeping force among the permanent members of the UN Security Council.

Their mission areas include South Sudan, Lebanon and Mali. 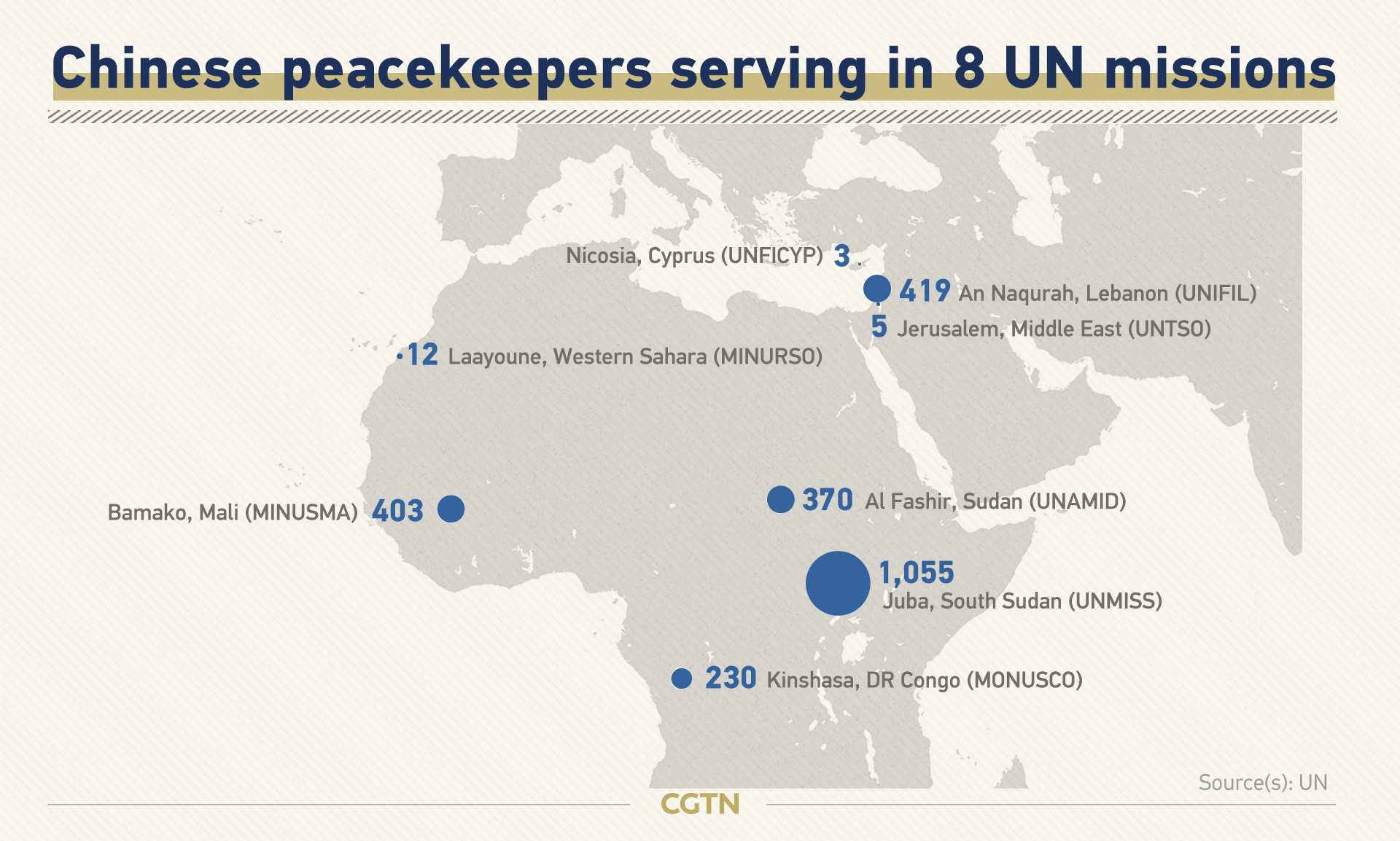 Peacekeepers serve in harsh conditions and at great personal risk. Ever since the UN deployed the first of its 72 peacekeeping missions back in 1948, more than 3,800 peacekeepers have lost their lives.

Among them, 18 Chinese men and women in uniform have laid down their lives on the UN peacekeeping frontline, according to UN data. Eight of them were killed in the 2010 Haiti earthquake, five died of a malicious act. 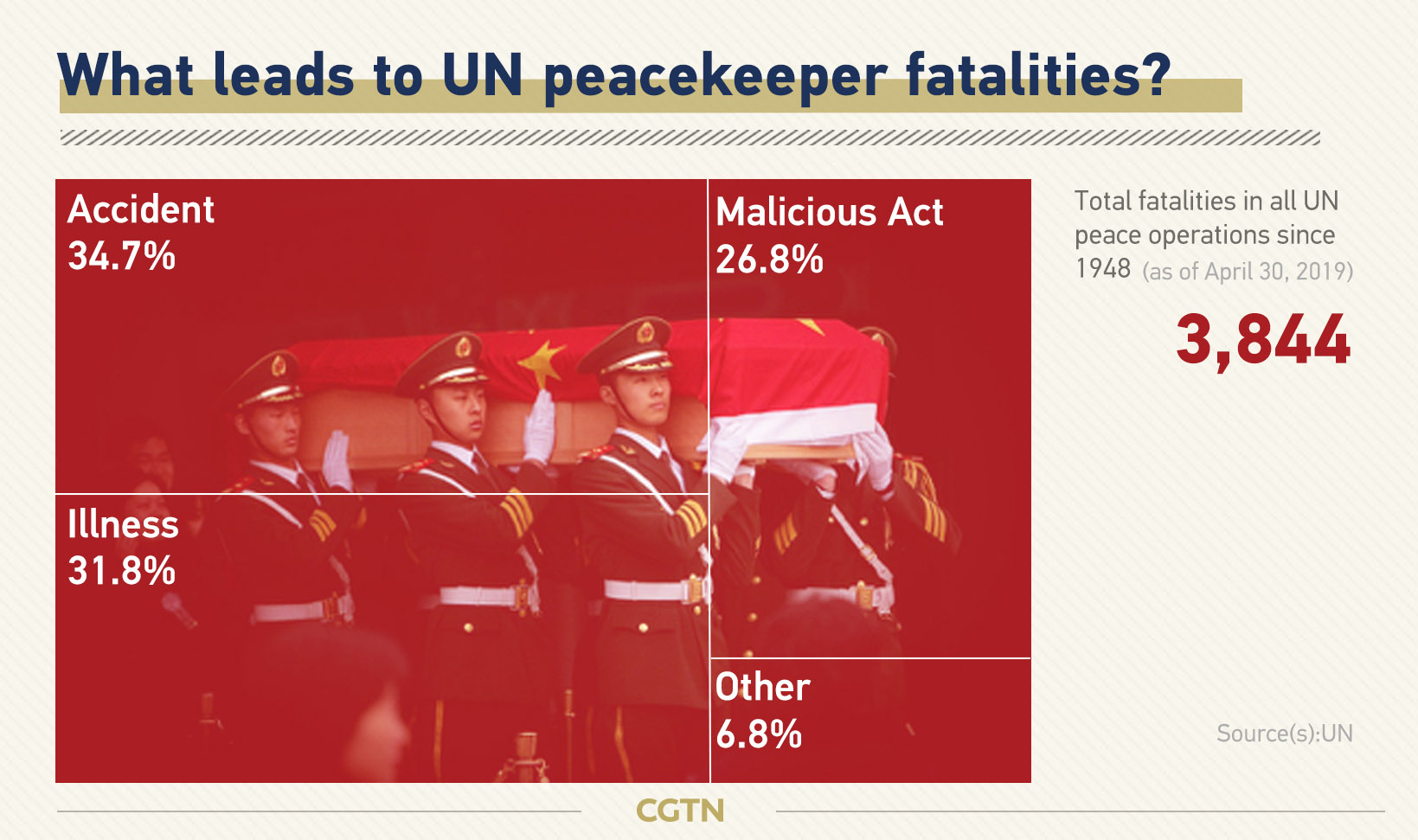 China's importance as a peacekeeper lies not only in the number of personnel. The world's largest developing country also pays 10.25 percent of the UN peacekeeping budget, making it the second largest contributor of all member states.

Assessments for member countries' contributions are made based on several elements and criteria, including estimates of gross national income. The United States is the top contributor to both the regular and peacekeeping budgets of the United Nations. 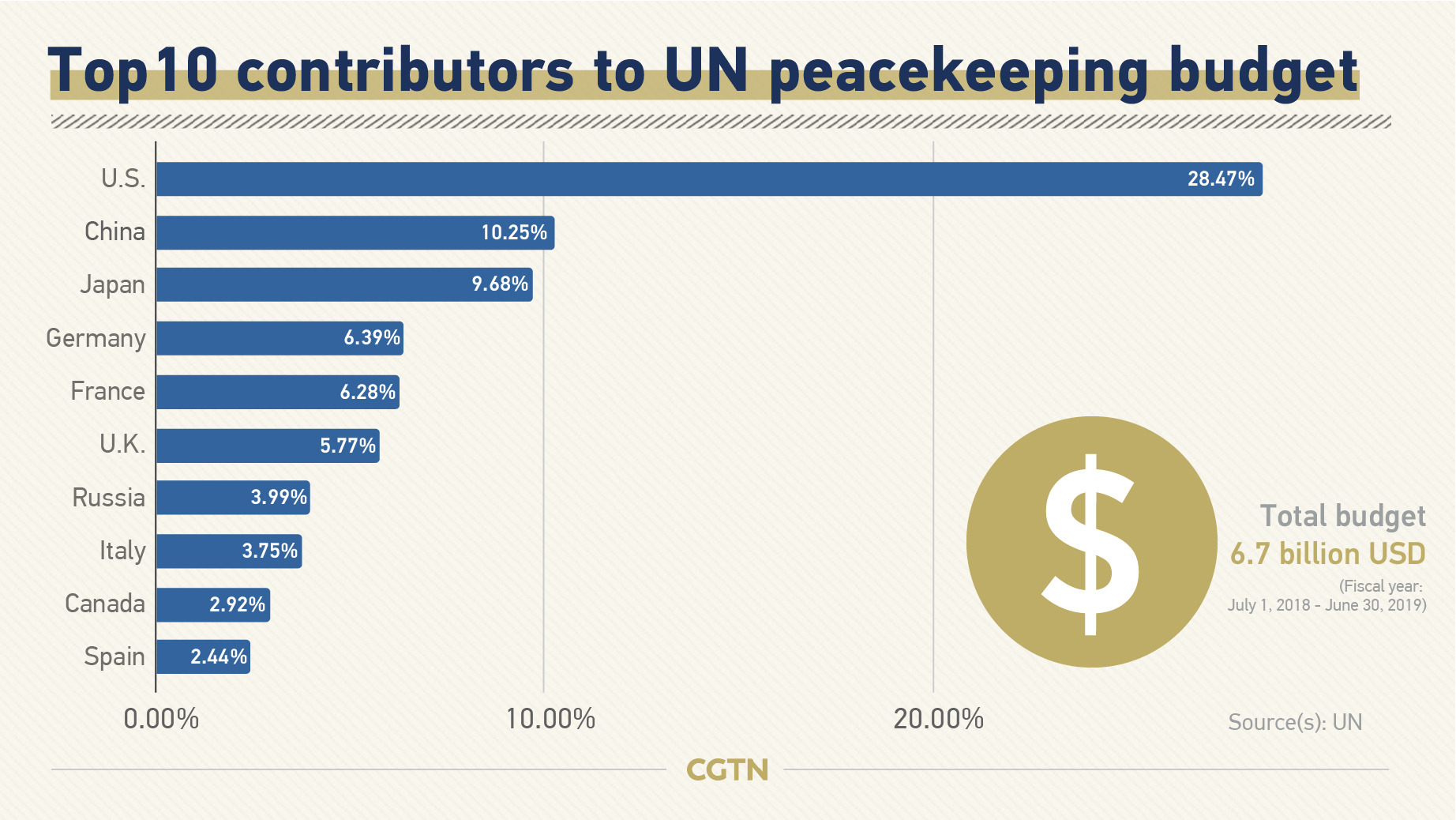 After awarding the United Nations Peacekeeping Medal to 28 peacekeepers including two Chinese military officers last Friday, Jean-Pierre Lacroix, undersecretary-general for the UN Department of Peace Operations, said: "China's role is extremely important in the view of improving the impact and performance of peacekeeping." 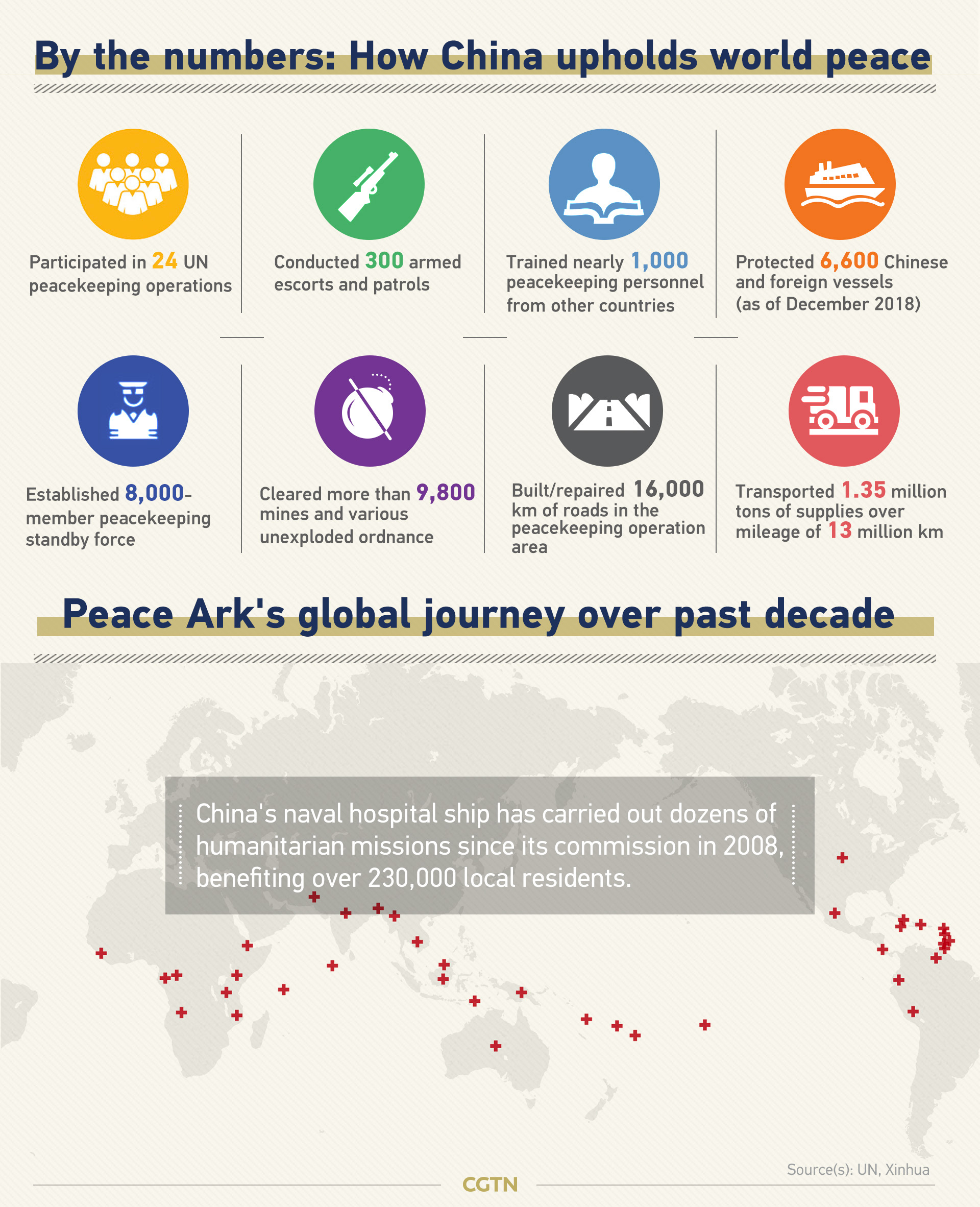 Apart from building roads and protecting civilians in the mission areas, the Chinese Navy has regularly deployed vessels in the Gulf of Aden to carry out escort missions.

China's naval hospital ship Peace Ark has carried out dozens of humanitarian missions around the world, and participated in various international maritime exercises, including the U.S.-led RIMPAC.

In addition, in recent years, the Chinese military has helped in various international disasters such as the Haiti earthquake in 2010, Philippine typhoon Haiyan in 2013, Lao dam collapse in 2018 and the Ebola epidemic in West Africa.

"China continues to be recognized as an essential partner across the spectrum of UN peacekeeping," according to Under-Secretary-General for Field Support Atul Khare.