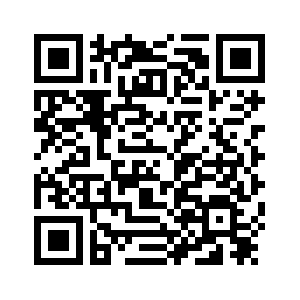 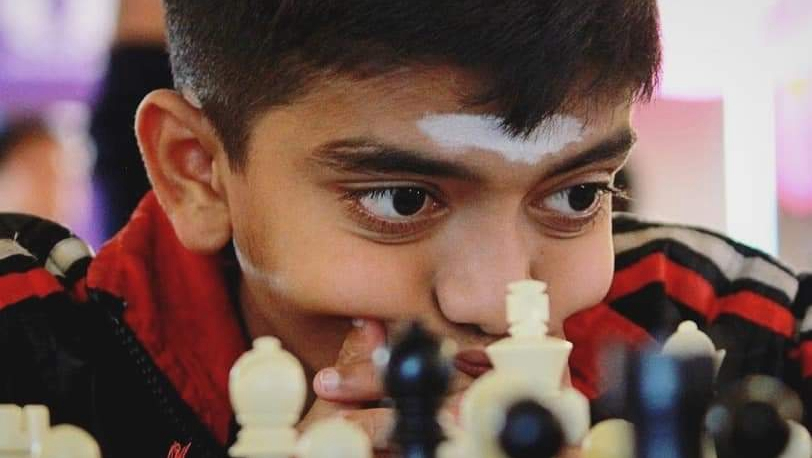 He is just 12 years, 7 months, and 17 days old. At an age when a normal kid doesn't even get introduced to algebra or geometry or trigonometry, India's Gukesh Dommaraju has become a chess grandmaster after rubbing shoulders with some of the best players in the big brainy world of chess.
Gukesh, who notched up his third grandmaster norm – the basic criteria to be called as a grandmaster in world chess – at the 17th Delhi International Chess Grandmaster Open in New Delhi on Tuesday and became the second youngest player to achieve that grand feat in the cerebral world of chess.
In fact, the wunderkind missed the record of becoming the youngest ever chess grandmaster – a milestone set by the then Ukrainian and now Russian grandmaster Sergey Karjakin in 2003 – by just 17 days. 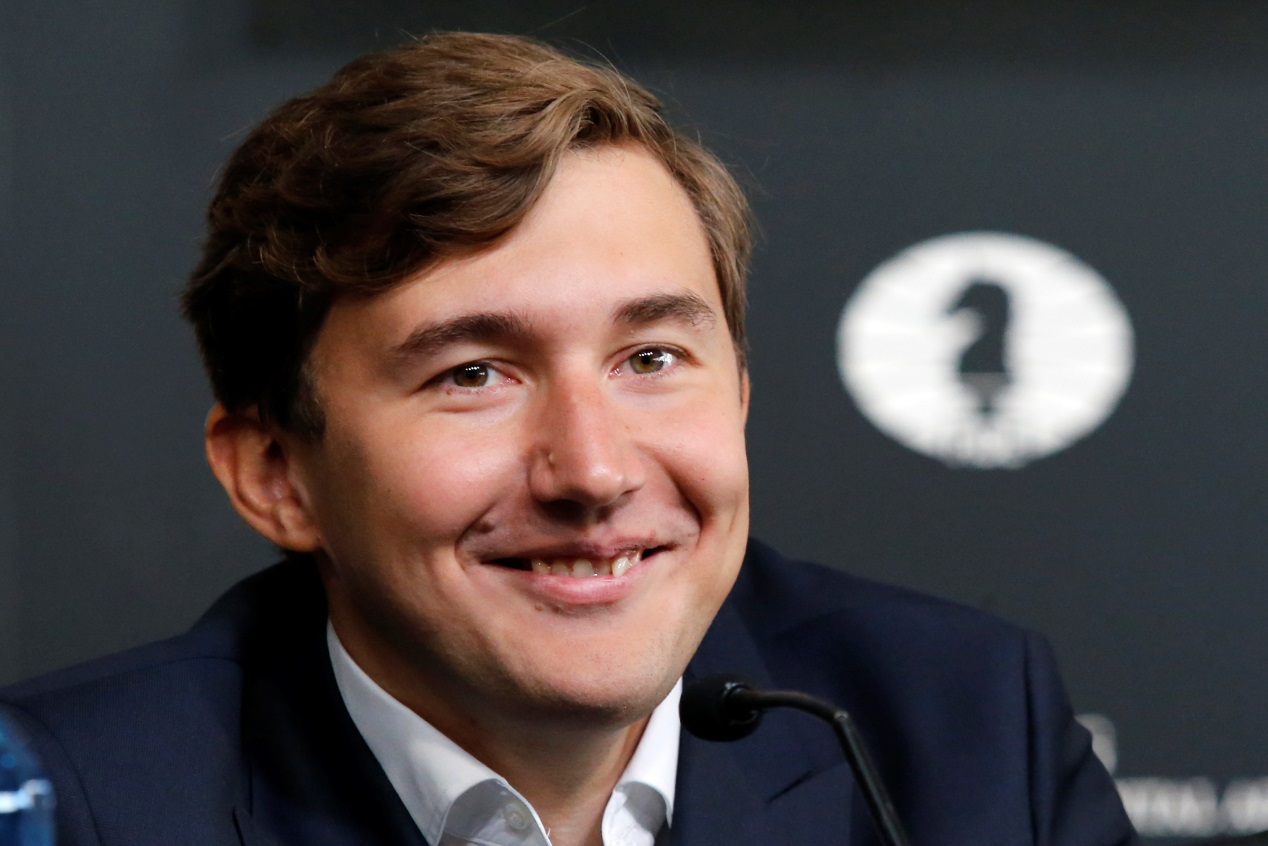 File photo of Russian chess grandmaster Sergey Karjakin, who currently holds the record of being the youngest GM in the history of chess. /VCG Photo

File photo of Russian chess grandmaster Sergey Karjakin, who currently holds the record of being the youngest GM in the history of chess. /VCG Photo

While reacting to his latest achievement, the chess Prodigy, thanked his medical practitioner parents,  his coach and all those who supported him so far and, like a mature pro, mentioned, “There are many more milestones and challenges to achieve! I am ready to work hard for them.”
Gukesh's father Rajinikanth is an ENT surgeon with a private hospital while the wonder kid's mother, Padma Kumari, is also a practicing doctor, who is attached to a government hospital, apart from traveling with her son to different tournaments around the globe.
Quite interestingly, Gukesh hails from the south Indian city of Chennai, which has been the home town of India's first chess grandmaster and five-time world chess champion Viswanathan Anand, who is the wonder kid's idol.
In an interview with the Indian news agency IANS, Gukesh mentioned, “My favorite chess players are late Bobby Fischer and Viswanathan Anand.” 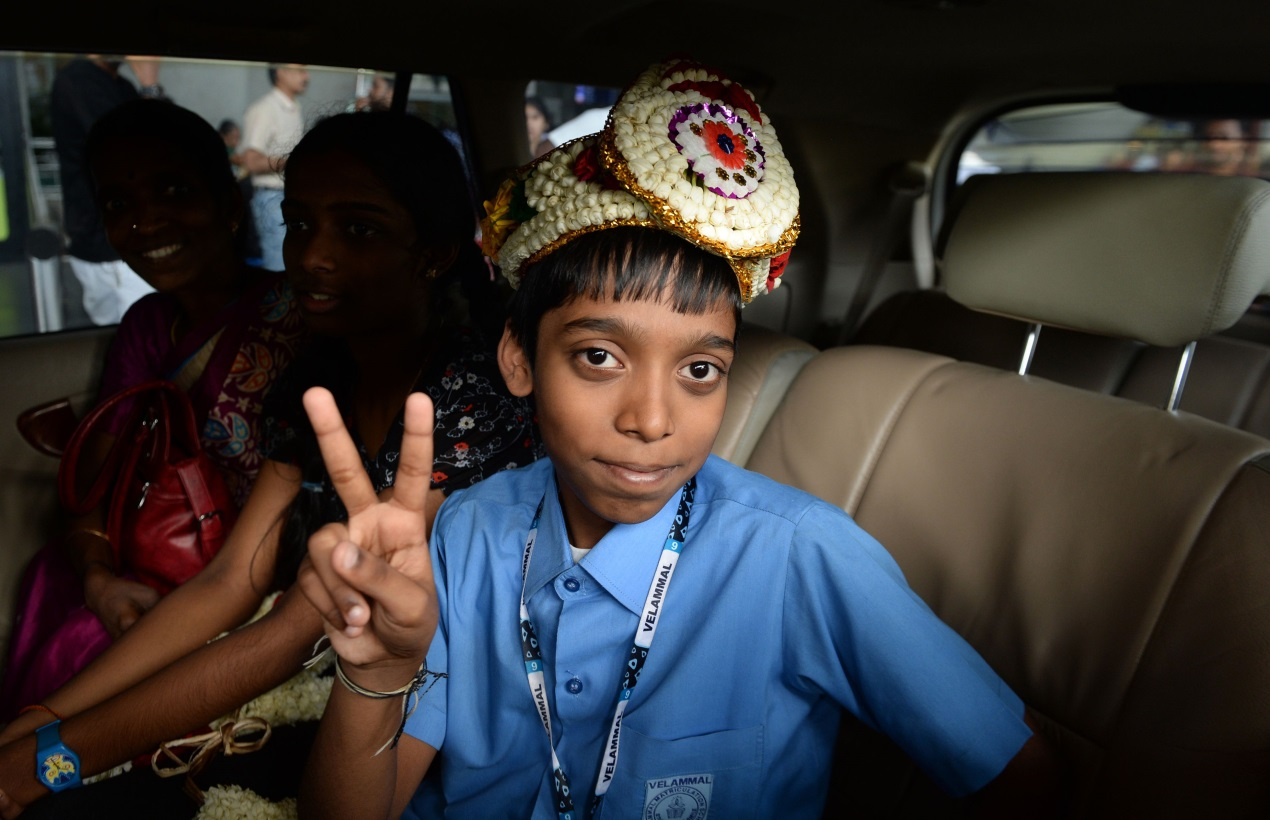 Indian chess prodigy Rameshbabu Praggnanandhaa, 12, poses for a photograph on his arrival at an airport in Chennai after becoming the world's second youngest chess grandmaster, June 26, 2018. /VCG Photo

Indian chess prodigy Rameshbabu Praggnanandhaa, 12, poses for a photograph on his arrival at an airport in Chennai after becoming the world's second youngest chess grandmaster, June 26, 2018. /VCG Photo

He studies at Class 7 at Chennai's Velammal School, where he was introduced to the game. Another student of the school and Gukesh's senior, grandmaster Praggnanandhaa, who became the youngest International Master in history, at the age of 10 years, 10 months, and 19 days in 2016, became the then second-youngest GM at the age of 12 years, 10 months and 13 days on June 23 last year.
After achieving his first IM norm at the First Saturday tournament at the age of 11 years and 5 months old in 2017, he grew from strength to strength with his phenomenal form over the 64 squares.
He notched up his first GM norm with a stunning win over veteran chess stalwart Nigel Short at the Bangkok Open 2018 before winning his second at the Orbis-2 GM round-robin tournament in Paracin, Serbia.
With a rating of 2490 and 2 GM norms under his belt, Gukesh missed the milestone of becoming the youngest-ever GM by a whisker as he failed half a point short of the magical mark at the Sunway Sitges Championship in Spain last December. But in a new tournament and in a brand new year, he didn't waste much time to checkmate into the annals of chess history and its incredible list of young grandmasters.
(Frontpage photo courtesy: Facebook page of D Gukesh)