Opinion: Why should we commemorate UDHR?
Zhu Zheng 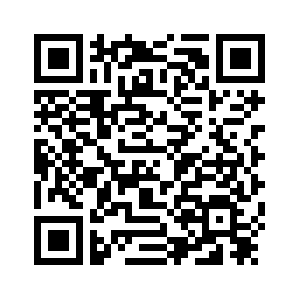 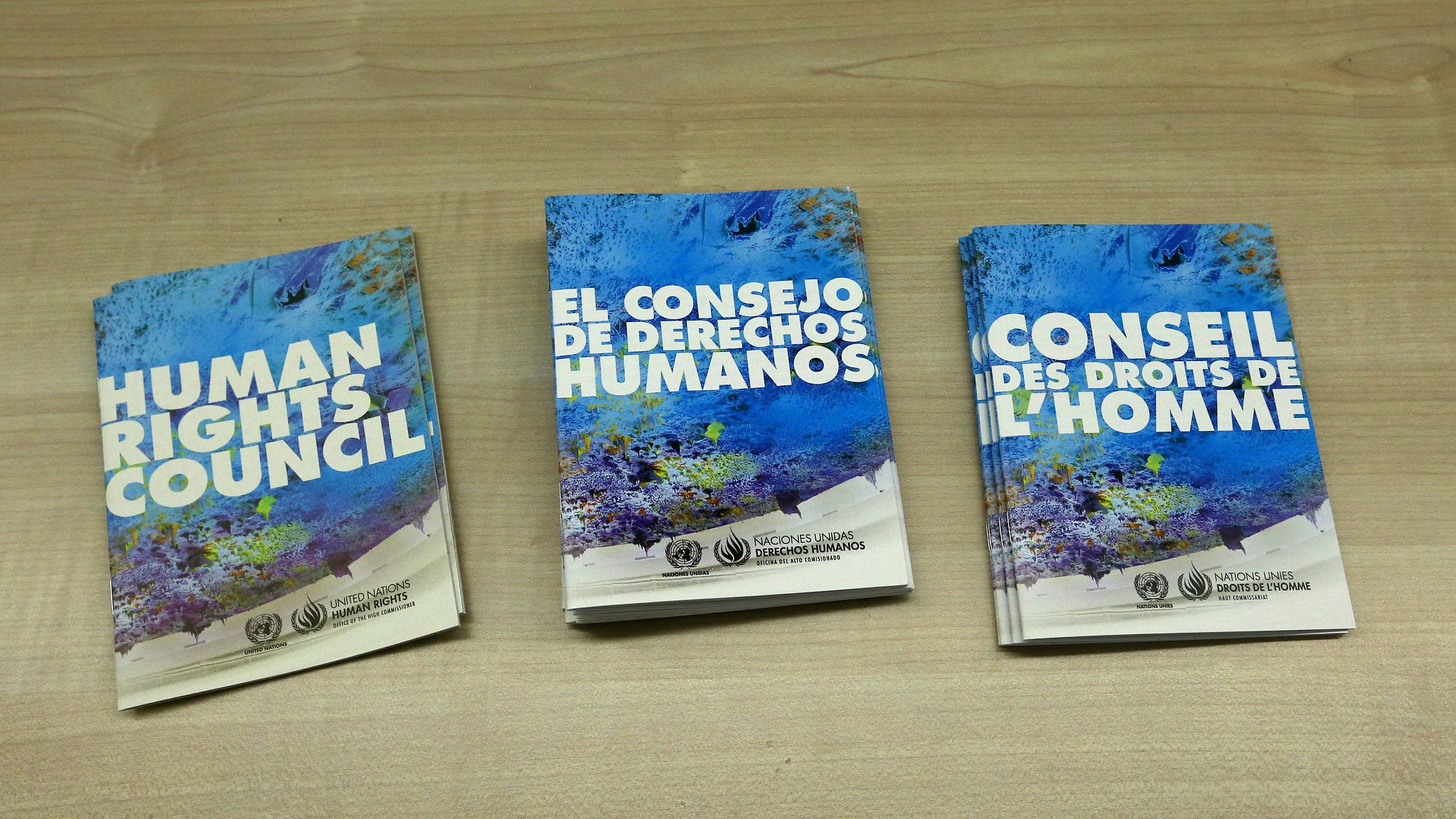 Editor's note:  Zhu Zheng is an assistant professor at China University of Political Science and Law. The article reflects the author's views, and not necessarily those of CGTN.
December 10 marks the 70th anniversary of the Universal Declaration of Human Rights (UDHR), a milestone document adopted by the United Nations General Assembly in 1948.
The Declaration demonstrates that human rights, regardless of nation, race, religion, sex, political opinion, etc., are inalienable rights which everyone is inherently entitled to as a human being.
Stood the test of time, the document sets out universal values and a common standard of human rights protection for all peoples and nations, and because of this, the dignity of millions has been uplifted, and a platform of dialogue has been laid down for all member states.
The drafting process of this document has witnessed opposing ideas of human rights, and there have been divisions concerning the contents and underpinning philosophies since its earliest stage.
As a matter of record, the preliminary version of the draft was prepared by a tightly knit group, which was chaired by Eleanor Roosevelt of the U.S., along with Secretariat John Humphrey of Canada, Rapporteur Charles Malik and Zhang Pengchun from China acting as its vice chairman. 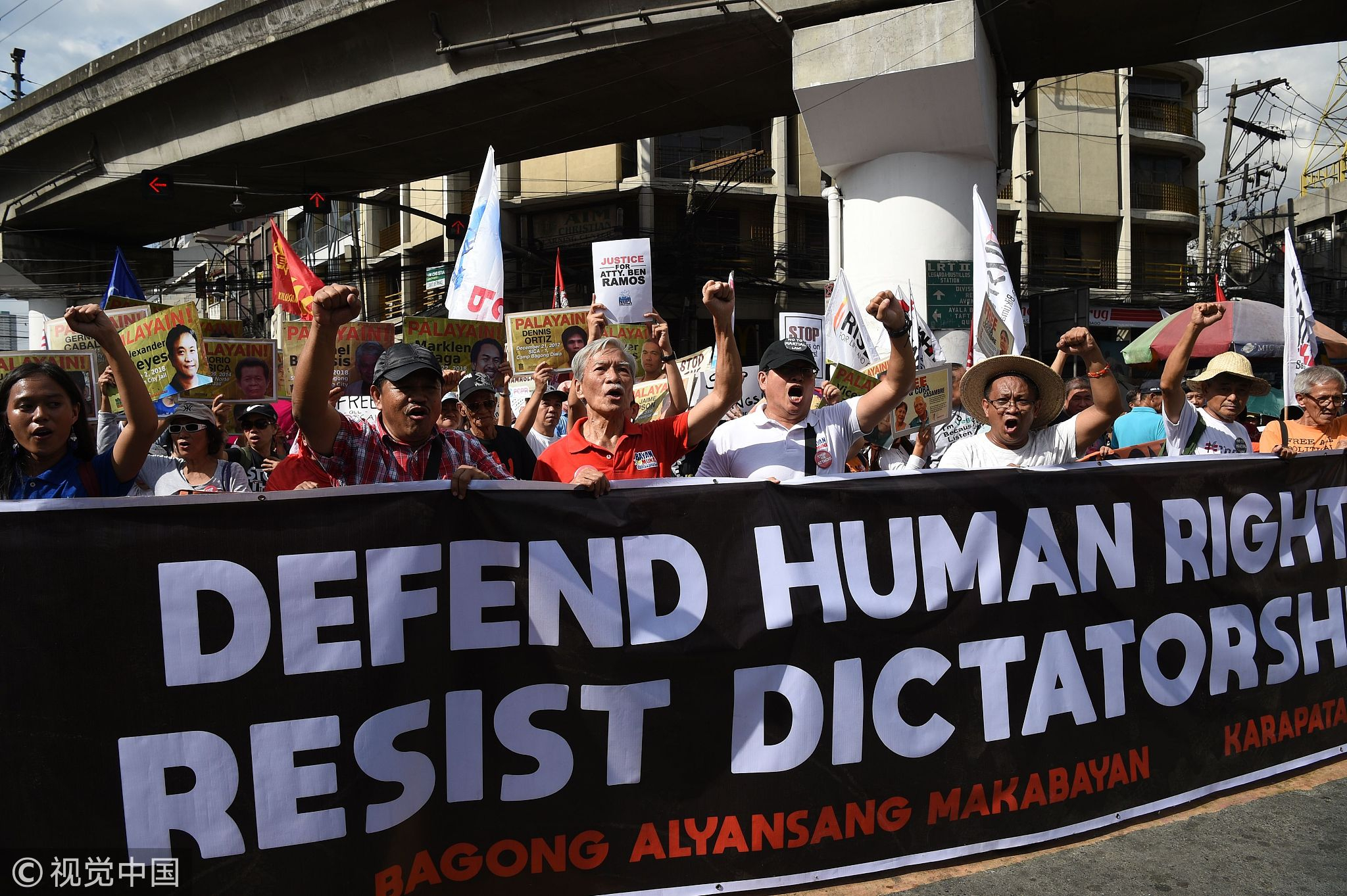 Activists raise clenched fists as they march during a rally to commemorate the 70th International Human Rights Day near the Presidential Palace in Manila, December 10, 2018. /VCG Photo

Activists raise clenched fists as they march during a rally to commemorate the 70th International Human Rights Day near the Presidential Palace in Manila, December 10, 2018. /VCG Photo

Delegates of different states and backgrounds had conceivably ushered in diverging viewpoints.
For example, whilst Charles Malik strongly appealed to St. Thomas Aquinas, a philosopher, arguing that rights to religion should be greatly expanded and all states, large and small, should be equally treated, Zhang Pengchun from China contended that Confucian thoughts ought to be incorporated into discourse, and the Chinese wisdom of human beings is worth more attention.
Despite the differences, compromises were ultimately reached among its signatories that the UDHR would remain an unenforceable treaty, and its contents should be broad and general. This has largely contributed to the passing of the UDHR in the end.
However, because of the divisions, two types of treaties have been prepared since then. The International Covenant on Civil and Political Rights (ICCPR) passed in 1966 refers mainly to traditional ideas of human rights; it, by and large, includes freedoms of religion, speech and assembly.
By contrast, the International Covenant on Economic, Social and Cultural Rights (ICESCR) gives more weights to economic and social rights, which are often cited by socialist states such as China as more important categories of human rights. 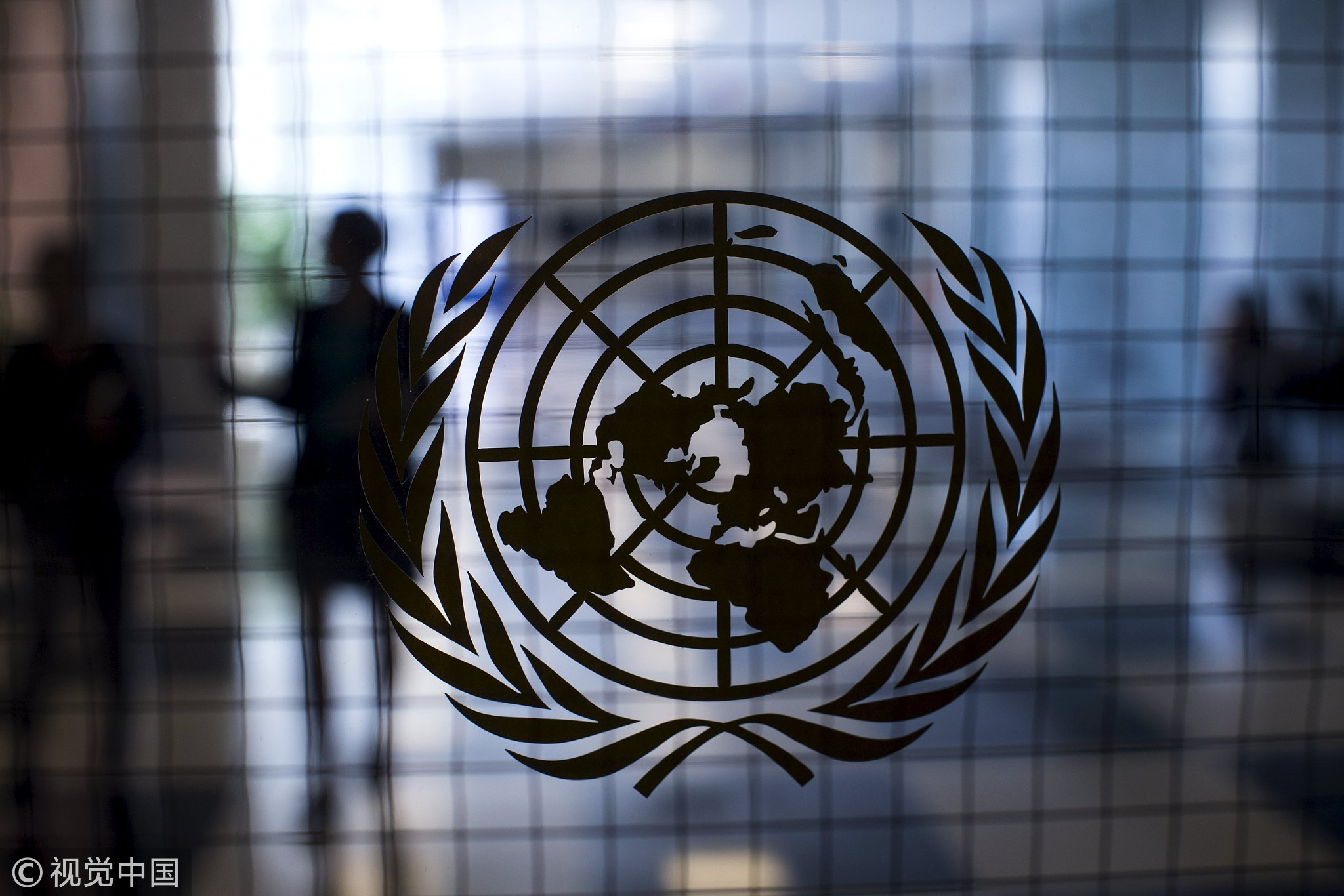 A United Nations logo is seen on a glass door in the Assembly Building at the United Nations headquarters in New York City, September 18, 2015. /VCG Photo

A United Nations logo is seen on a glass door in the Assembly Building at the United Nations headquarters in New York City, September 18, 2015. /VCG Photo

Therefore, human rights are a broad concept, which embraces civil and political rights as negative rights, and economic, social and cultural rights as positive ones. (The concept of "negative and positive rights" is originally from Youcef Bouandel's book Human Rights and Comparative Politics.)
The two groups of rights are by no means mutually excluded, but they are often split into two camps, with the Western countries referring mainly to negative ones and the socialist states advocating positive ones.
On the commemorating date of the UDHR, it is essential to review the drafting process of this document, which reminds us of the facts that there are so many different types of rights, and preserving one group of rights cannot automatically waive the duties to protect others.
As a founding member of the UDHR, China will carry out its commitments to human rights and international law.
Adaptable to the changing world more than seven decades after its adoption, the UDHR has undergone evolution and still carries invaluable legal and moral weight to our modern society.
It has and will continue to provide insight into the well-being of all humankind, and that is perhaps why we should still commemorate it today.
(Cover Photo: Brochures are pictured on a table during the Universal Periodic Review of China by the Human Rights Council at the United Nations in Geneva, Switzerland, November 6, 2018. /VCG Photo)
(If you want to contribute and have specific expertise, contact us at opinions@cgtn.com.)