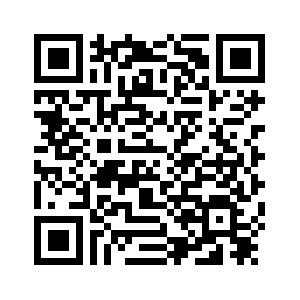 Editor's Note: Jeffrey D. Sachs is a professor of Sustainable Development, and Health Policy and Management at Columbia University and the director of Columbia's Center for Sustainable Development and the UN Sustainable Development Solutions Network. The article was first published on Project Syndicate on December 20, 2018. The article reflects the author's opinion, and not necessarily the views of CGTN.
This month's United Nations Climate Change Conference (COP24) in Katowice, Poland succeeded in producing a rulebook to implement the 2015 Paris climate agreement. Every UN member state signed on. But that will not be enough to head off a climate catastrophe. It's time to call in the engineers.
The diplomatic success at COP24 was remarkable, given relentless lobbying and foot-dragging by the fossil-fuel industry. The diplomats have read the science and know the truth: without a rapid move to a zero-carbon global energy system by mid-century, humanity will be in grave peril.
In recent years, millions of people have suffered the hardships of extreme heatwaves, droughts, flood surges, powerful hurricanes, and devastating forest fires, because the Earth's temperature is already 1.1º Celsius (roughly 2º Fahrenheit) above the pre-industrial average. If warming exceeds 1.5ºC or 2ºC later this century – temperatures never experienced in the entire 10,000-year history of human civilization – the world will become vastly more dangerous. 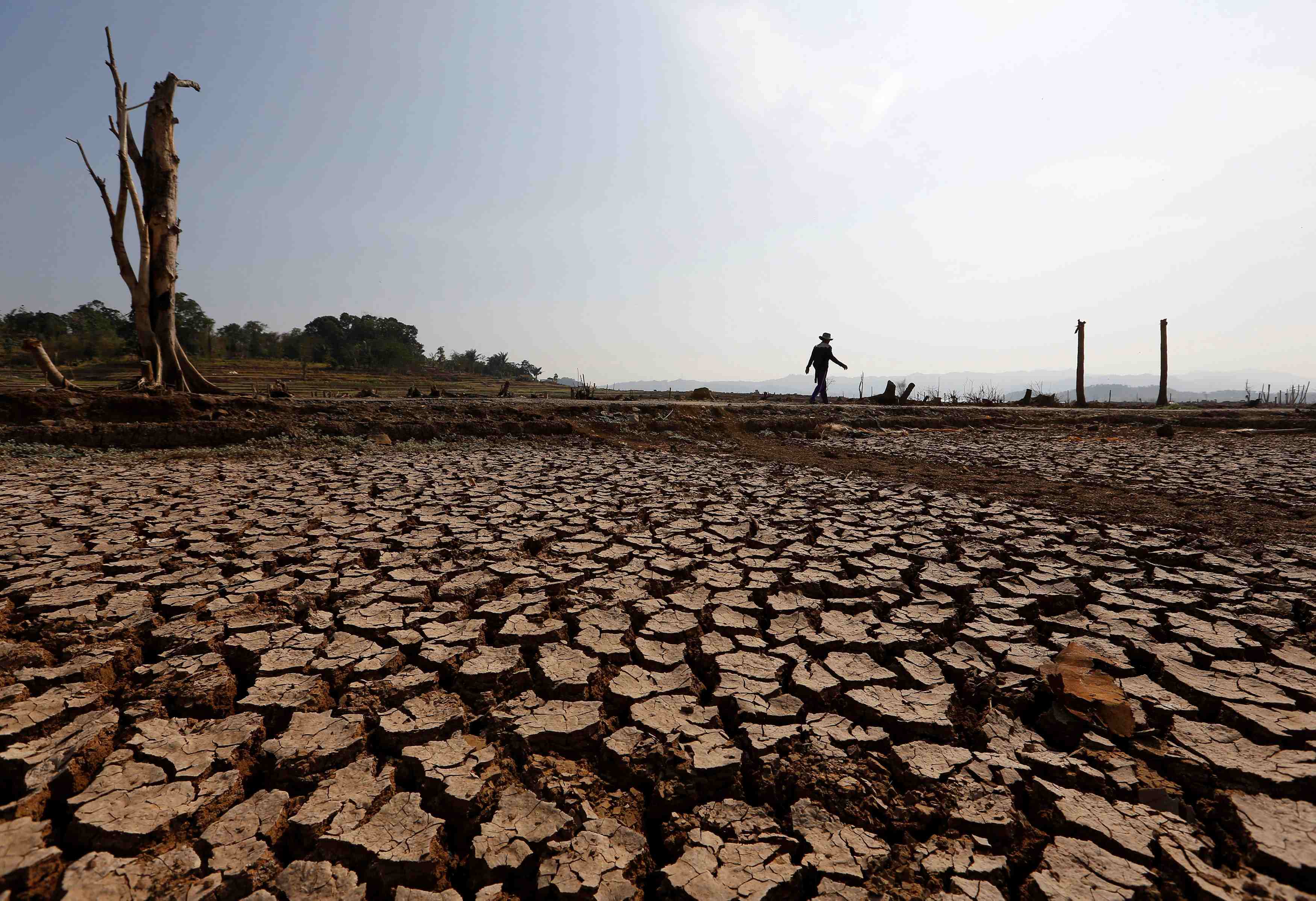 A man walks near a dry field previously submerged in the Jatigede Reservoir but now exposed during the dry season in Sumedang, West Java, Indonesia, September 15, 2018 /VCG Photo‍

A man walks near a dry field previously submerged in the Jatigede Reservoir but now exposed during the dry season in Sumedang, West Java, Indonesia, September 15, 2018 /VCG Photo‍

The Paris accord commits national governments to keep temperatures “well below 2°C above pre-industrial levels and [to pursue] efforts to limit the temperature increase to 1.5°C above pre-industrial levels.” We now have a rulebook for measuring greenhouse-gas emissions, sharing know-how, and measuring financial transfers from rich to poor countries. Yet we still lack the plans for shifting the world energy system to renewable energy by mid-century.
The diplomats, of course, are not technical experts. The next stage needs the world's engineering experts on power generation and transmission, electric vehicles, hydrogen fuel cells, artificial intelligence for energy systems management, urban design for energy efficiency and public transport, and related specialists. Diplomats, rather than engineers, have been at the forefront at UN climate summits for the past 24 years. The time for engineers to take center stage has arrived.
The Paris accord assumes that each government consults with its own country's engineers to devise a national energy strategy, with each of the 193 UN member states essentially producing a separate plan. That approach reflects a deep misunderstanding of how the global energy transition must work. We need solutions that are agreed and coordinated at the international scale, not country by country.
Global engineering systems require global coordination. Consider civil aviation, a triumph of globally coordinated engineering. In 2017, there were 41.8 million flights without a single fatal passenger jet accident.
The civil aviation system works so well because all countries use aircraft manufactured by a few global companies and share standard operating procedures for navigation, air traffic control, airport and airplane security, maintenance, insurance, and other operations. Other global systems are similarly coordinated.
Transfers of U.S.-dollar bank balances average a staggering 2.7 trillion U.S. dollars per day, yet are routinely settled through the use of standardized banking and communications protocols. Billions of daily Internet activities and mobile phone calls are possible because of shared protocols. Both the scale and reliability of these globally connected high-tech systems are astounding, and depend on solutions implemented internationally, not country by country.
The transition to renewable energy can be greatly accelerated if the world's governments finally bring the engineers to the fore. Consider that in May 1961, President John F. Kennedy called on Americans to land a man on the Moon and return him safely to Earth before the end of the decade. NASA quickly mobilized hundreds of thousands of engineers and other experts, and completed the moonshot in July 1969, meeting JFK's remarkably ambitious timeline.
I was recently on a panel with three economists and a senior business-sector engineer. After the economists spoke about carbon prices, internalizing externalities, feed-in tariffs, carbon offsets, and the like, the engineer spoke succinctly and wisely. “I don't really understand what you economists were just speaking about, but I do have a suggestion,” he said. “Tell us engineers the desired ‘specs' and the timeline, and we'll get the job done.” This is not bravado.
Here are the specs. To limit warming to 1.5ºC, the world's energy system must be decarbonized by mid-century. This will require the vast mobilization of zero-carbon energy sources such as wind, solar, and hydro power, implying a power system that can handle intermittent energy sources that depend on when the sun shines, how hard the wind blows, and how fast the rivers flow. 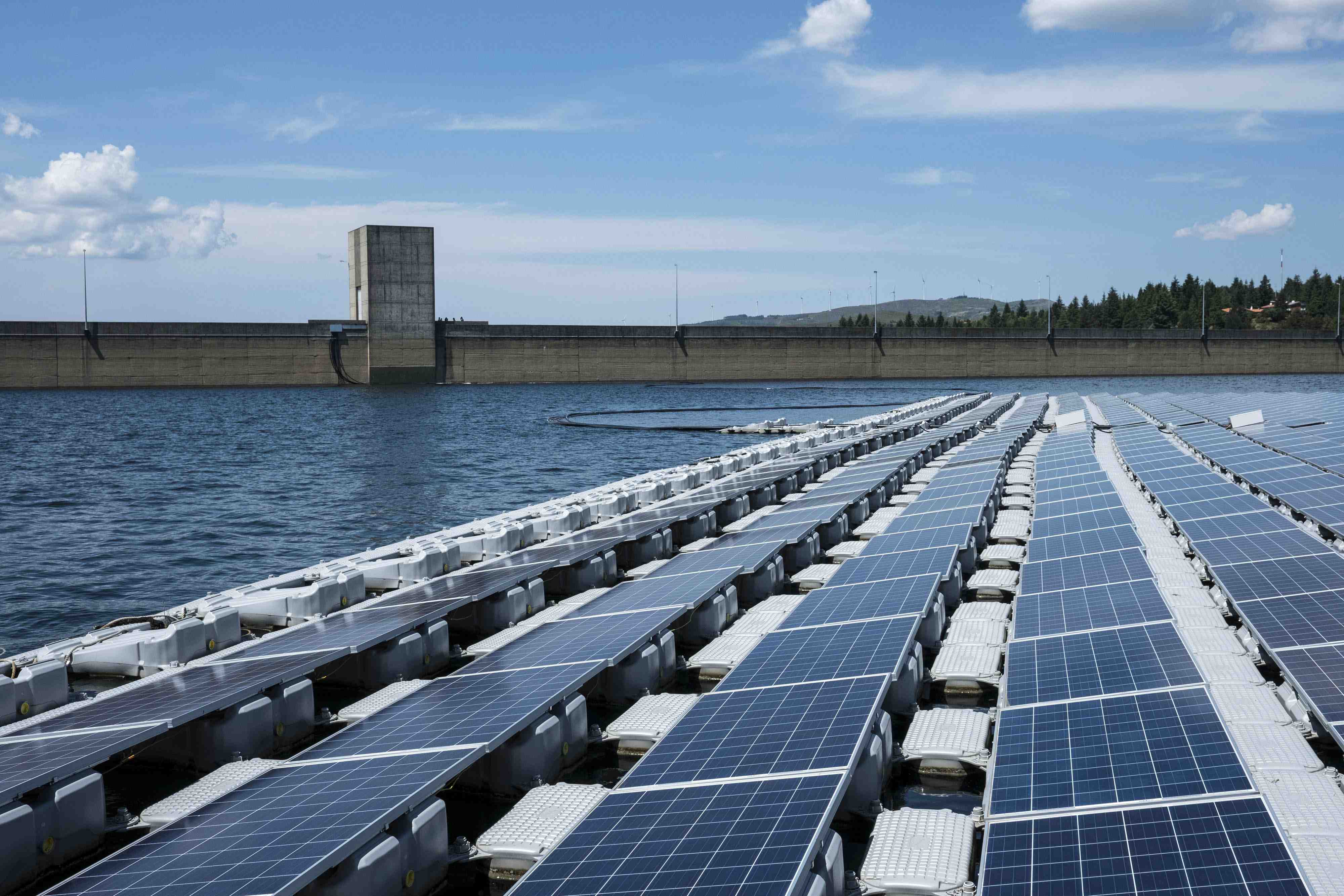 This zero-carbon electricity will power electric vehicles that replace our internal-combustion engine cars. It will also be used to produce zero-carbon fuels such as hydrogen for ocean shipping and synthetic hydrocarbons for airplanes. We will heat our homes and office buildings with zero-carbon electricity rather than with coal, oil, or natural gas. And energy-intensive industries such as steel and aluminum will also replace fossil fuels with zero-carbon electricity and hydrogen.
These zero-carbon solutions will extend beyond any country's borders. The lowest-cost and most plentiful renewable energy is often found far from population centers, in deserts and mountains, and offshore for wind. This energy will therefore need to be transmitted long distances, often crossing national boundaries, with the use of special high-voltage transmission lines.
The advantages of a long-distance, internationally connected transmission system have been powerfully emphasized by the Global Energy Interconnection Development and Cooperation Organization, a worldwide partnership of engineering companies and institutions launched by the State Grid Corporation of China in 2016.
In a sensible global decarbonization plan, many of today's fossil-fuel exporting countries and companies will become tomorrow's exporters of zero-carbon energy. The oil-producing Gulf countries should export solar energy from the vast Arabian Desert to both Europe and Asia. Coal-producing Australia should export solar power from the enormous outback to Southeast Asia via submarine cable. Canada should increase its exports of zero-carbon hydropower to the U.S. market and finally end its efforts to export products from its high-carbon oil sands.
At the Katowice climate conference, the diplomats delivered the climate rulebook on time and as promised – an enormous accomplishment. The next big act belongs to the engineers. Energy transformation for climate safety is our twenty-first-century moonshot. When heads of state convene at the UN next September, the world's leading engineers should greet them with a cutting-edge framework for global action.
Copyright: Project Syndicate, 2018.
(If you want to contribute and have specific expertise, please contact us at opinions@cgtn.com.)