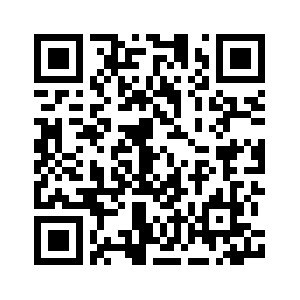 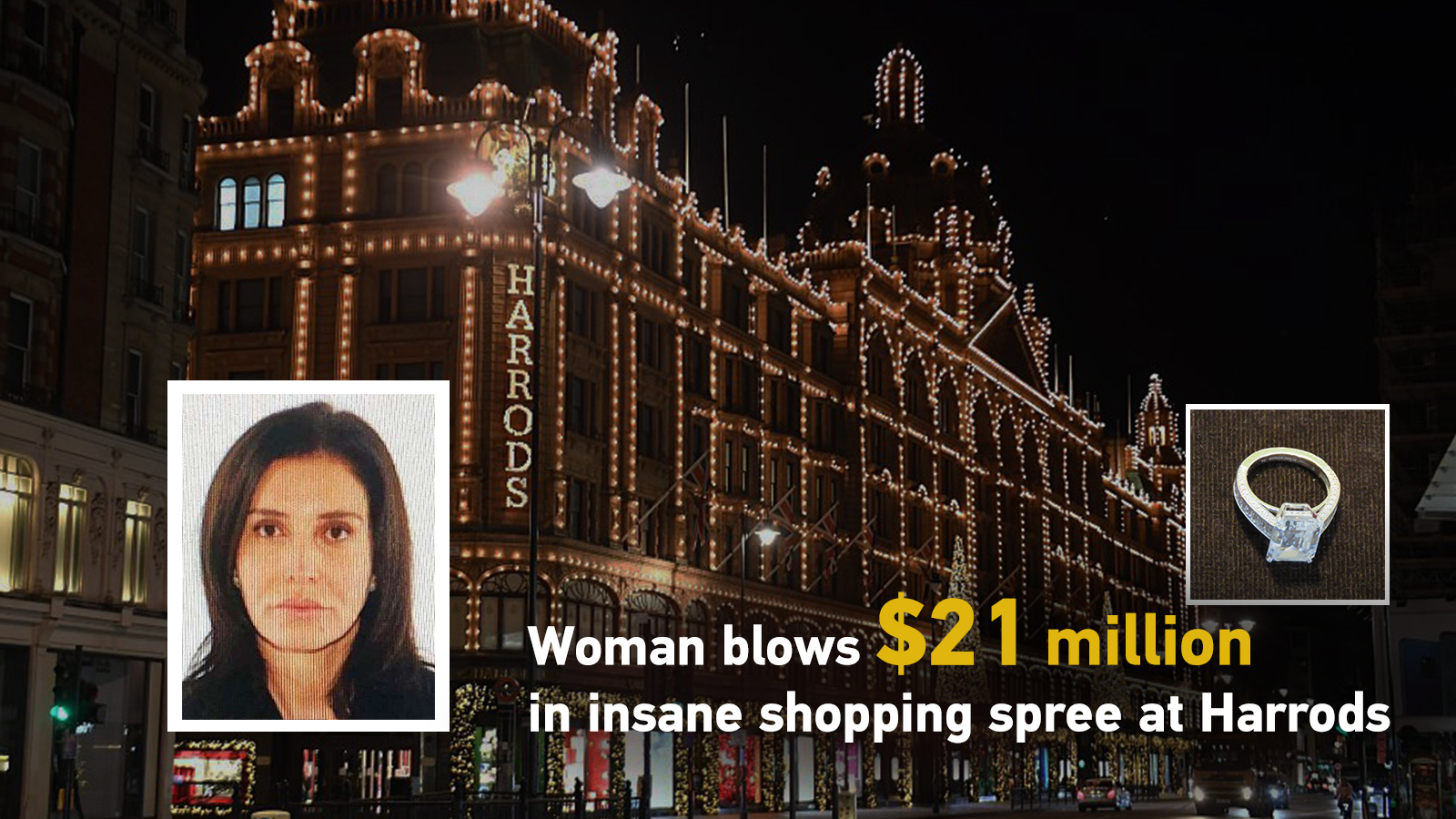 A woman's 7,400-U.S.-dollar-a-day shopping addiction has made her the first to be slapped with the UK's Unexplained Wealth Order, also known as the McMafia Law.
The woman, identified as 55-year-old Zamira Hajiyeva, spent a whopping 21 million U.S. dollars in luxury department store Harrods between September 2006 and June 2016, according to a 95-page spending dossier revealed by a court in London.
Azerbaijan-born Hajiyeva lost a legal battle to maintain her anonymity last October. UK's National Crime Agency (NCA) says that she permanently moved to London in 2010, five years before her husband Jahangir Hajiyev, who was the chairman of the state-owned International Bank of Azerbaijan, was sentenced to 15 years for stealing millions of dollars. 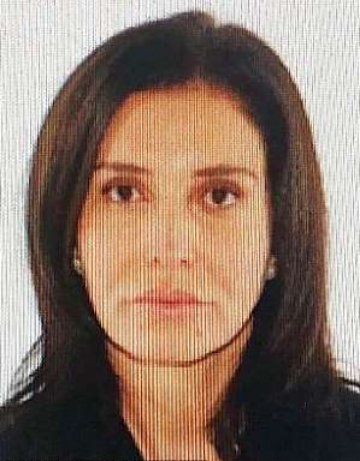 Court documents claim that Hajiyeva shopped using 35 credit cards, most of which are linked to her husband's bank account. The breakup of the 21-million-U.S.-dollar transactions shows that she treated Harrods like a local neighborhood shop while living just a few blocks away from the world-famous store in her Knightsbridge home worth over 14 million U.S. dollars. 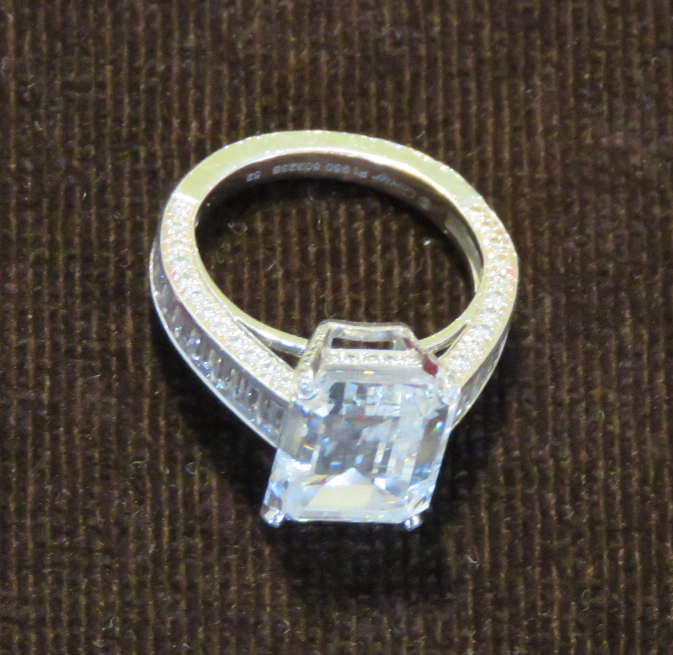 A Cartier diamond ring, bought by Hajiyev at Harrods in 2011, was seized by NCA investigators. /Courtesy of NCA

A Cartier diamond ring, bought by Hajiyev at Harrods in 2011, was seized by NCA investigators. /Courtesy of NCA 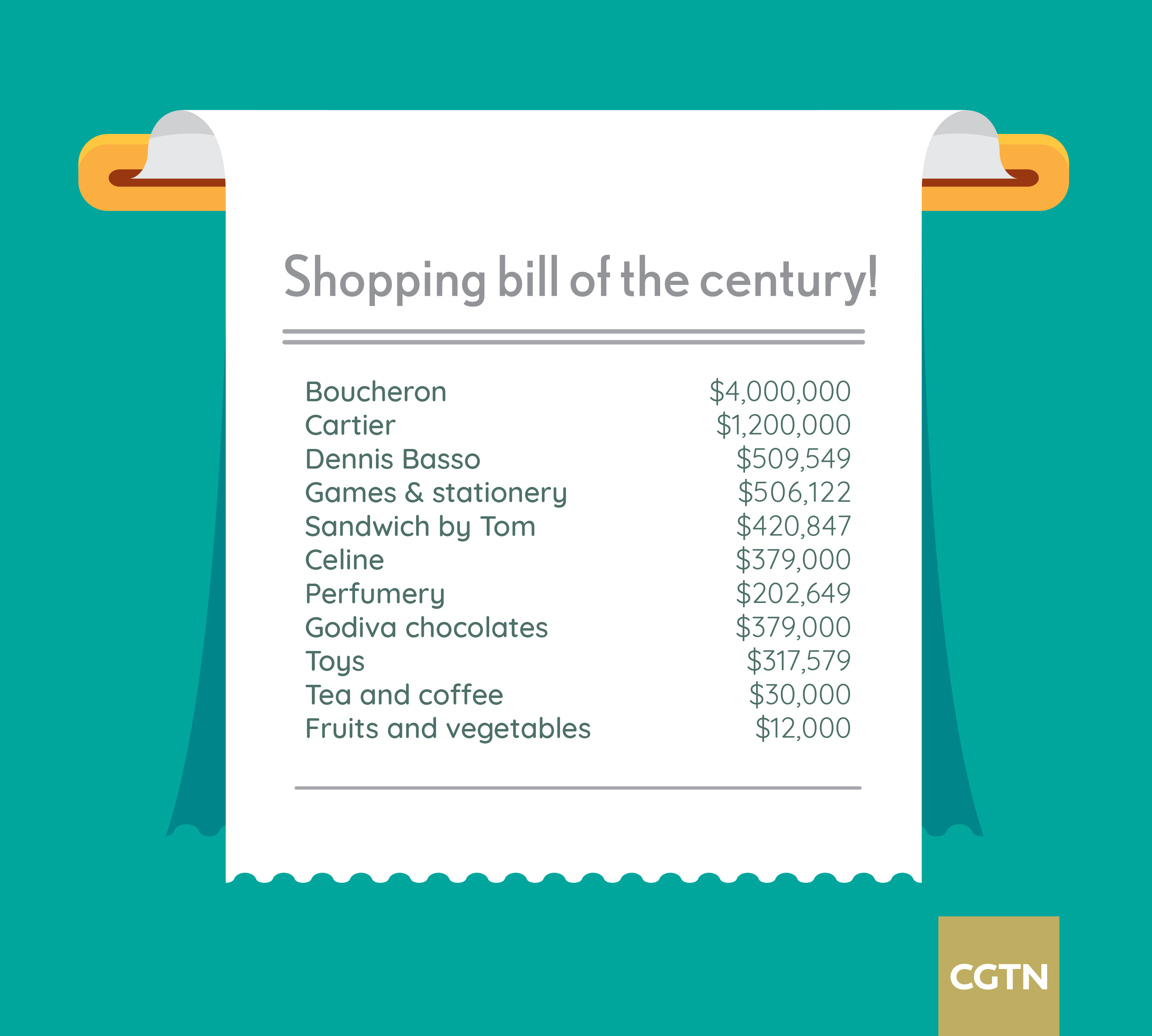 Some of Zamira Hajiyeva's spendings between 2006 and 2016. /Source: High Court documents.

Some of Zamira Hajiyeva's spendings between 2006 and 2016. /Source: High Court documents.

UK's National Crime Agency is seeking an explanation from Hajiyeva and her husband on how they could afford such extravagance when they have no source of income. Hajiyeva stands to lose her permanent-residence status and two properties worth 29 million U.S. dollars in total, including a Berkshire golf course, if she fails to explain the source of her wealth in the court. 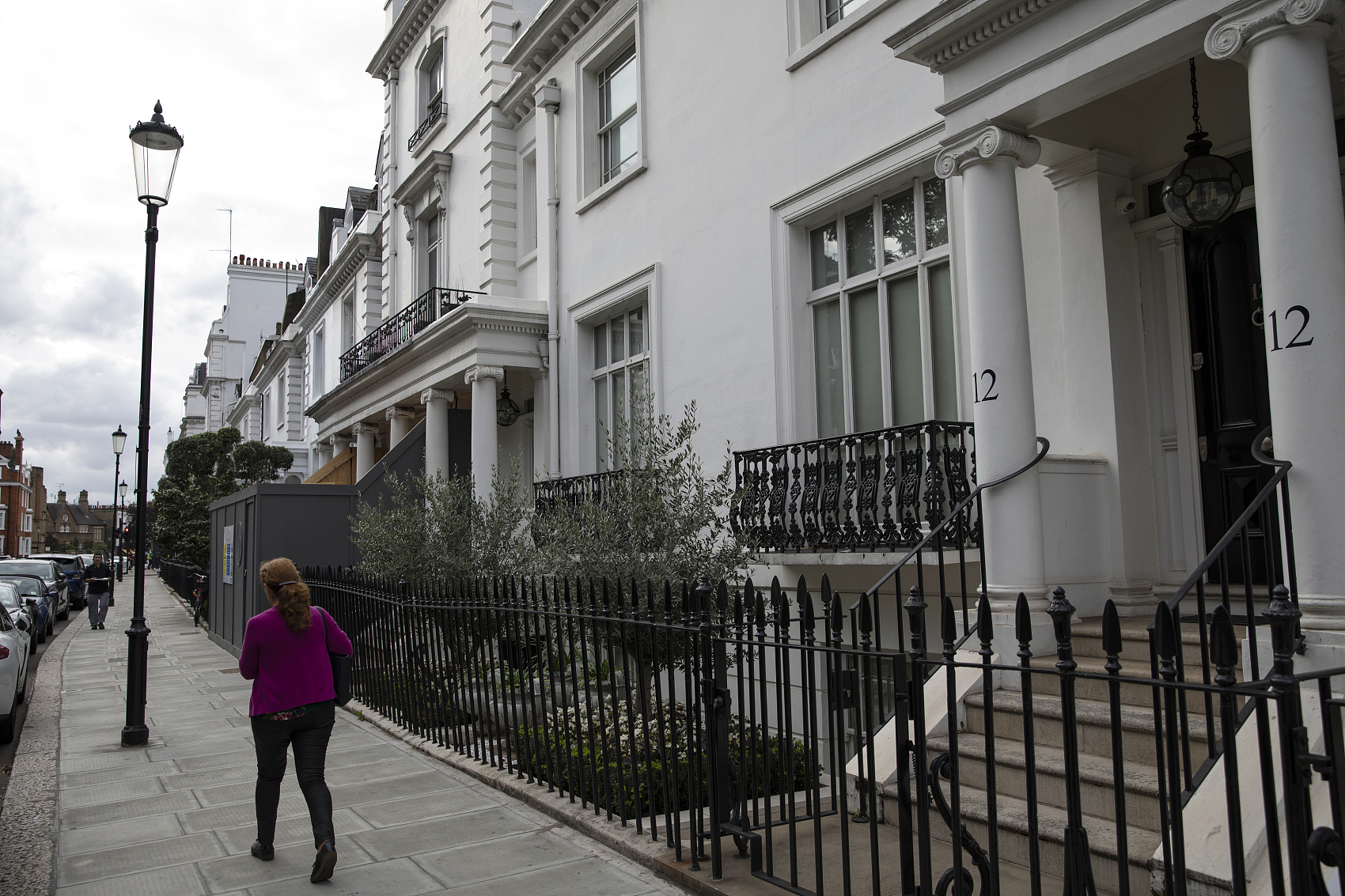 "The manner in which the property has been obtained and subsequently handled is highly unusual, secretive and complex and, absent further and credible explanation, is indicative of money laundering," said the NCA in its court submissions.
Hajiyeva, who was arrested in London after an extradition request from Azerbaijan, has denied any wrongdoing and is fighting a legal battle against the NCA's charges and her extradition to Baku, where she faces two cases of embezzlement.