Spring and Lantern Festival: The changed and unchanged
Harvey Dzodin 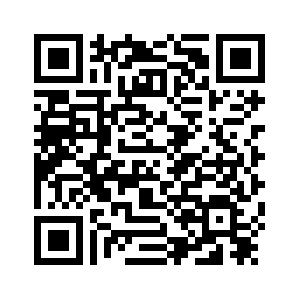 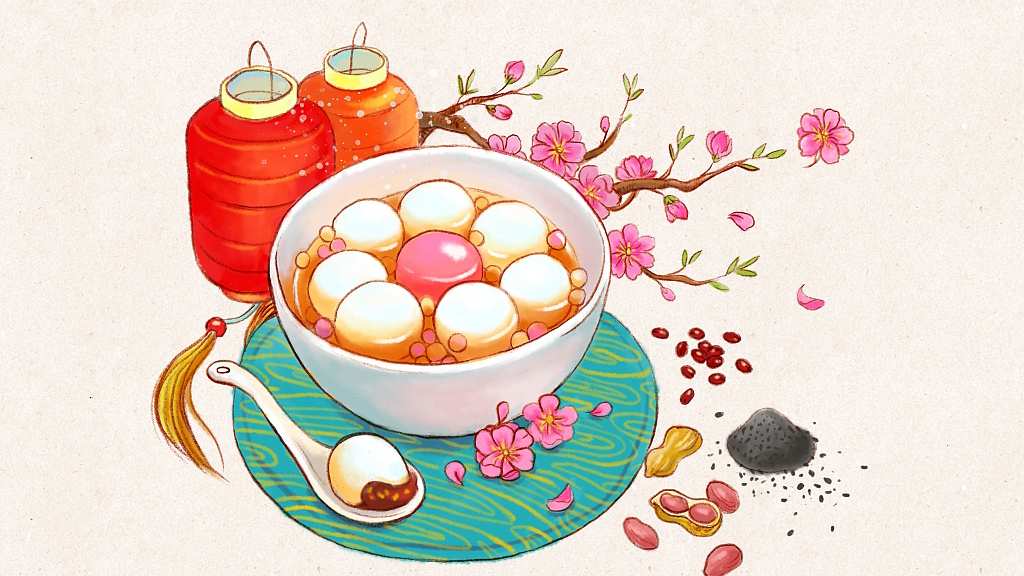 Editor's note: Harvey Dzodin is a senior fellow at the Center for China and Globalization, and a former legal adviser in the Carter administration. The article reflects the author's opinion, and not necessarily the views of CGTN.
It seems like it was only yesterday that we, along with 1.17 billion others at home and abroad, were planted in front of our TVs watching the world's most viewed program, the annual CCTV Spring Festival Gala. But now Chinese Lantern Festival on February 19 marks the end of the long welcoming celebration of the new Year of the Pig. Even though pigs don't fly, the days since February 4 have flown by.
I love this time of year for its ancient customs, traditions, familial values and like, the Gala, for its bigness. I'm especially fond of the many legends of the origin of both the Spring and Lantern Festivals, some of them from more than 2,000 years ago. Participating in these customs for the last 15 years, I know that for some of them the French saying “the more things change, the more they stay the same” applies.
One unchanged custom of the Lantern Festival traditions is eating tangyuan, sweet round balls made from glutinous rice filled with peanut butter, or with red bean or sesame paste. Because I am a pig by Chinese astrological sign and a pig by eating habits, I naturally devour these delicious lucky orbs. 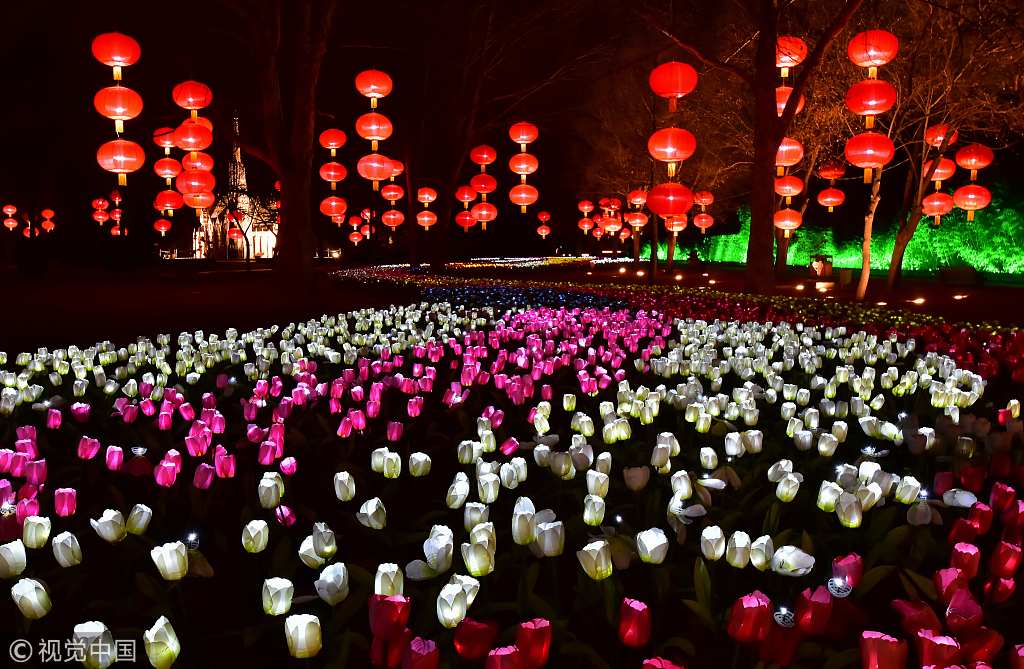 A light show is held in Beijing World Park in celebration of the 2019 Lantern Festival, February 18, 2019. /VCG Photo

A light show is held in Beijing World Park in celebration of the 2019 Lantern Festival, February 18, 2019. /VCG Photo

Tangyuan are believed to symbolize family togetherness and eating them will bring good luck and happiness in the year to come. When you eat tangyuan, you are part of a chain of history stretching back two millennia to the Han Dynasty. Other customs like the red lanterns and fireworks are equally venerable.
However, while some of these customs remain unchanged, many others have morphed at China-speed into the 21st century as the country has changed profoundly for the last four decades.
Take the ancient tradition of giving red envelopes containing coins or paper money by older or married people to children or the unmarried for good luck. For hundreds of years, actual money was used.
Now, however, as China has gone hi-tech, more and more red envelopes are virtual and the funds delivered online in China's increasingly advanced cashless economy. For example, from February 4 to 9 this year, 823 million WeChat users sent or received virtual red envelopes. When I visit the U.S., my friends are always astounded that we rarely use cash here. And we know that if such a system were adopted in the U.S., there'd be fewer robberies, burglaries as well as deaths and injuries there arising from these crimes.
How families live together has also undergone a sea change. Multigenerational family members who formerly lived together are increasingly separated by large population migrations from the countryside to cities so this longest annual holiday is the only time of the year when many Chinese people can again reunite as an extended family.
Aside from the difficulty of having to physically buy a ticket, which now can be done online, train journeys used to be ordeals as transportation infrastructure was old, slow and uncomfortable.
For example, in 1949 the train from Shanghai to Beijing took 36 hours, 50 minutes, at an average speed of 40 km/h. Today, the fastest Fuxing bullet train takes 4 hours, 28 minutes at 350 km/h.
And of course as China has become richer, more people fly internally and an ever-increasing number of individuals, couples and families go abroad. What's billed as the world's largest mass-migration will see an estimated 2.99 billion trips taken this Spring Festival. Ctrip forecasts that around 7 million Chinese tourists will travel to over 500 tourist destinations in more than 90 countries and regions. Fifteen years ago this would have been unimaginable.

Lights are being tested in the Palace Museum ahead of a cultural event to be held for the Lantern Festival, February 18, 2019. /VCG Photo

Lights are being tested in the Palace Museum ahead of a cultural event to be held for the Lantern Festival, February 18, 2019. /VCG Photo

China is on track to meet its long sought 2020 goal of achieving a moderately prosperous society in all respects. With such momentous changes, there has to be some rough transitions and Spring Festival illustrates them too.
For example, when China was overwhelmingly rural, children needed to marry early to produce more children to become workers on the farm. Now, as is the case in more developed countries, the age of marriage and childbearing in China has steadily increased. So, especially in rural areas, young adults, especially those who are a part of China's 400 million millennials returning from cities to their home villages, are accosted by parents and their friends as to why they aren't married or have a boyfriend or girlfriend. To avoid this, some hire fake ones or just don't go home. I don't blame them.
Also in a fast changing society, values are in transition. During a recent Spring Festival, I visited the Dongyue Taoist Temple in Beijing. To me, the most important goals in life are health and happiness. I was shocked that the rooms dedicated to the gods in charge of these values, and those in charge of justice, mercy, fairness and the like were all virtually empty. Where were the many visitors? In the room of the god of wealth. Of course money is important but there are values that transcend them in a society rooted in Confucian and socialist values.
When thinking about Chinese Spring Festival, I'm actually reminded of the 1963 Christmas song made famous in the U.S. by Andy Williams whose lyrics proclaim that “hearts will be glowing when loved ones are near; It's the most wonderful time of the year” because I feel exactly that way during the Spring Festival. Happy Year of the Pig.
(If you want to contribute and have specific expertise, please contact us at opinions@cgtn.com.)