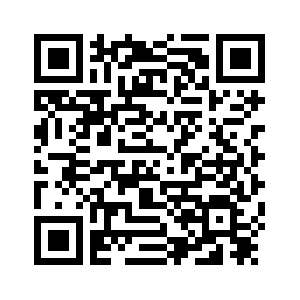 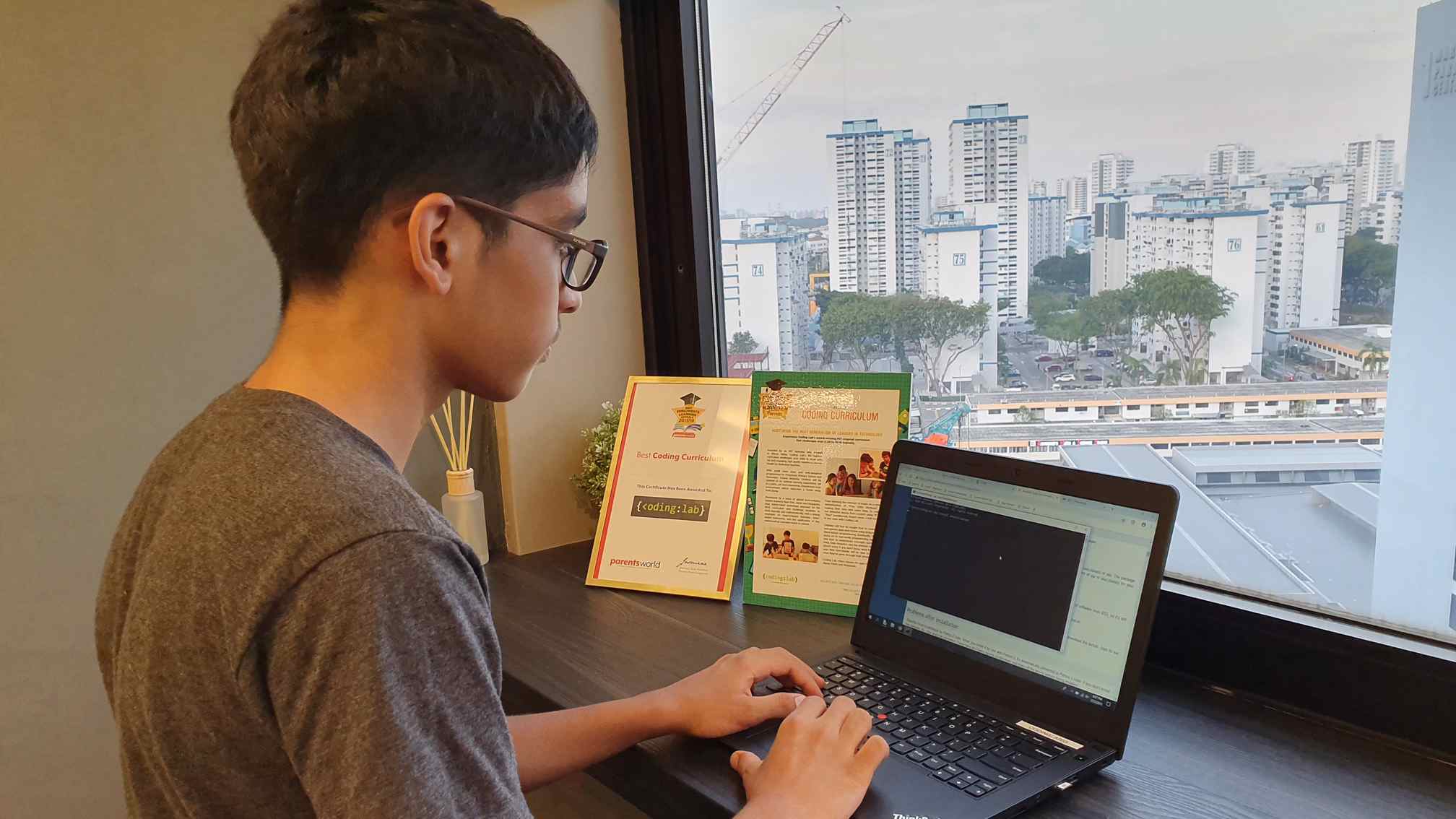 "Learning to code is all about providing us with the ability to personally develop the projects that will match our vision," said eighth-grader Sofia Dragu.
Fourteen-year-old, Vayun Mathur believes, that "coding is fundamentally just problem solving and whenever you create something that doesn't exist, it helps solve a problem."
Sofia, Vayun and their parents are among hundreds in Singapore who understand the impact that computing can have on their future careers. And they have decided to take the bull by its horns and hone their technical skills.
"The future of our world will be technology driven, AI-based, where programming will become an essential skill. I feel that coding will be a huge asset and even the deciding factor for my career in the future, it will give me the opportunity to achieve my dreams," Sofia said. 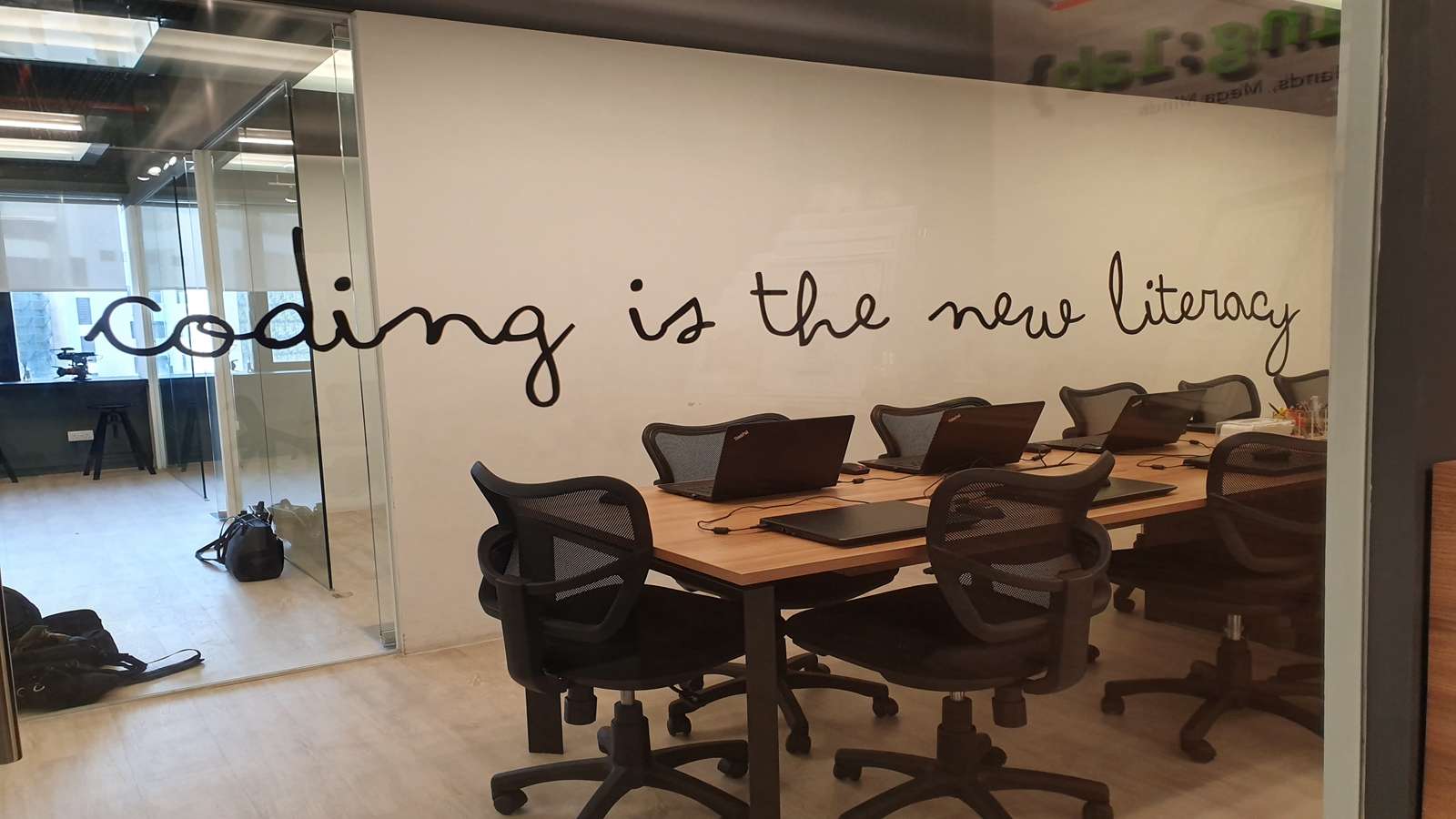 With coding being referred to as the 'literacy of the future', several tuition centers have been coming up in Singapore, looking to train students starting as young as four years old all the way up to 18 years of age.
We spoke to Hillary Pang, the operations manager of First Code Academy.
"First Code Academy was founded with the mission to provide students with digital literacy, computational thinking skills and empowering them to become 'Creators with Technology'."
Quoting the Academy's co-founder Michelle Sun, Hillary added that, "learning to code helps shape one's way of thinking. It structurally decomposes and analyzes a given problem."
The shift towards computational thinking is not limited to school students. A growing demand for graduates trained in areas such as artificial intelligence, data analytics, and cybersecurity has seen local universities ramping up related course offerings.
Abhishek Deshmukh is the Managing Director and Vice President of Engineering at the customer service software company, Zendesk.
Deshmukh highlighted that "as the demand increases for world-class tech talent, learning institutions are starting to broaden and deepen their offerings. This is also underpinned by the Singapore government's increased investment into accelerating its digital-first workforce."
Mohan Kankanhalli, the dean of NUS School of Computing said, "Since digitization is affecting every aspect of society, having jobs in any area, will require technology expertise and therefore courses which provide a strong foundation in computing are going to be in demand." 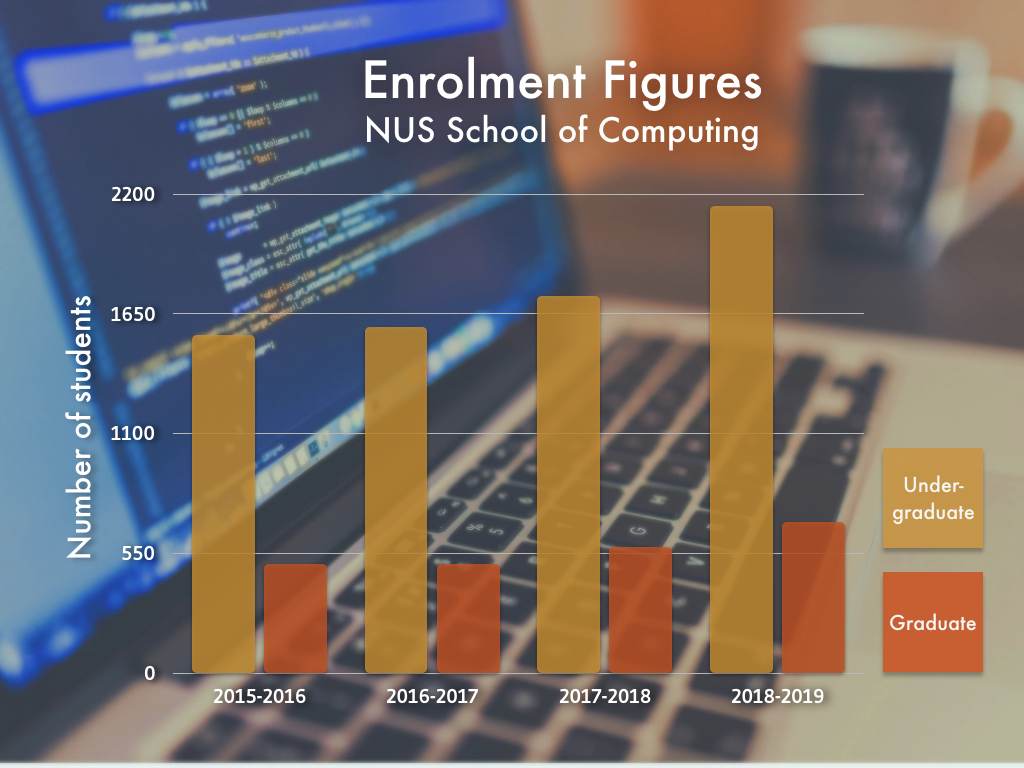 Data reveals that the School of Computing, has seen a steady rise in admissions at the undergraduate level. The numbers have risen from 1553 in 2015 to 2147 in 2018.
Nanyang Technological University has allotted 675 seats for its computing undergraduate programs this year, a markup from 450 seats in 2015. 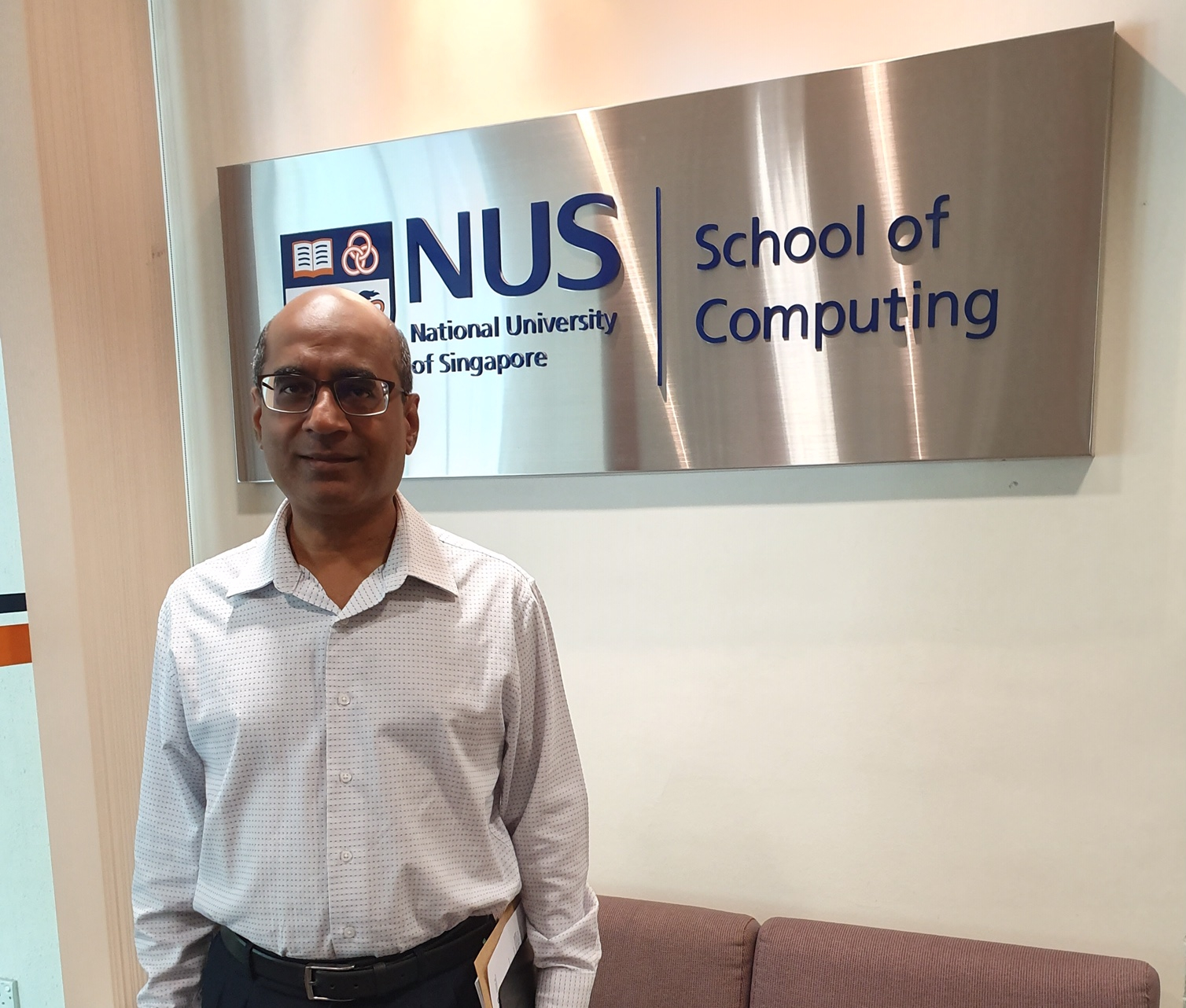 Dean Kankanhalli said, "Demand for our courses by non-computing majors is increasing, so we have tremendously increased not just places for our undergraduate program but also for minors, second majors, for double majors."
The Dean's words echo Gary Chau's story. An instructor at First Code Academy, Gary graduated with a Diploma in Aviation Management and Services. However, he soon realized that the aviation industry requires complex systems and technology to aid the operations.
"This spurred my interest in technology, thus I pursued an Information Systems major to arm myself with the relevant knowledge for coding and computing. I saw the value in having knowledge in the IT sector and how it is applicable for every industry," Gary said.
Fellow instructor and chemistry major, Suk Yee, started out as she wanted to try something new and was encouraged to continue due to Singapore's government's Smart Nation initiative.
Suk Yee pointed out that learning to code is important as "future jobs will require employees to be able to break down problems, be resourceful and critical when formulating the most effective solution."
While talking of the current and future job market, Deshmukh explains that apart from technical skills, the most important attribute that companies like Zendesk look for, is an innovation mindset.
Deshmukh concluded the following advice for youngsters.
"In line with developing academic and practical skills, we believe that nothing trumps real-world experience. Students should seek opportunities to work on projects and sign up for internships."