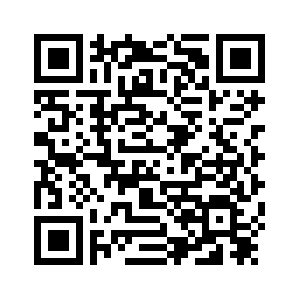 ‍Reacting sharply to Donald Trump's jibe that belittled the idea of having a library in Afghanistan, a top Afghan official advised the U.S. president to get history lessons about other countries and refrain from making such comments in the future.
On Wednesday, Trump had ridiculed Indian Prime Minister Narendra Modi for apparently building a library in the war-torn country, sparking outrage in both Afghanistan and India, where people took to social media to vent their anger.
"The comments made by the U.S. president are not new and neither the only comments he has made about other countries or people. My recommendation for President Trump as an Afghan citizen would be to make himself more familiar with the history of the world or if he doesn't have time, he should make good use of his advisers," Amir Ramin, Director General of Regional Cooperation, Ministry of Foreign Affairs Afghanistan, told CGTN Digital late Thursday..
"If he reads the history of both the U.S., Afghanistan and other countries he has made comments about, he would not make such comments in the future," Ramin added.

The Afghan official however also acknowledged that "the U.S. has done a lot in the reconstruction of Afghanistan over the past 19 years", saying "the Afghan people are extremely thankful to the U.S. taxpayers for their sacrifice in blood and treasure."
"People in Afghanistan make a distinction between the generous support and intentions of the American people and certain politicians who make certain remarks for political and electoral purposes," he said, dismissing Trump's jibe. 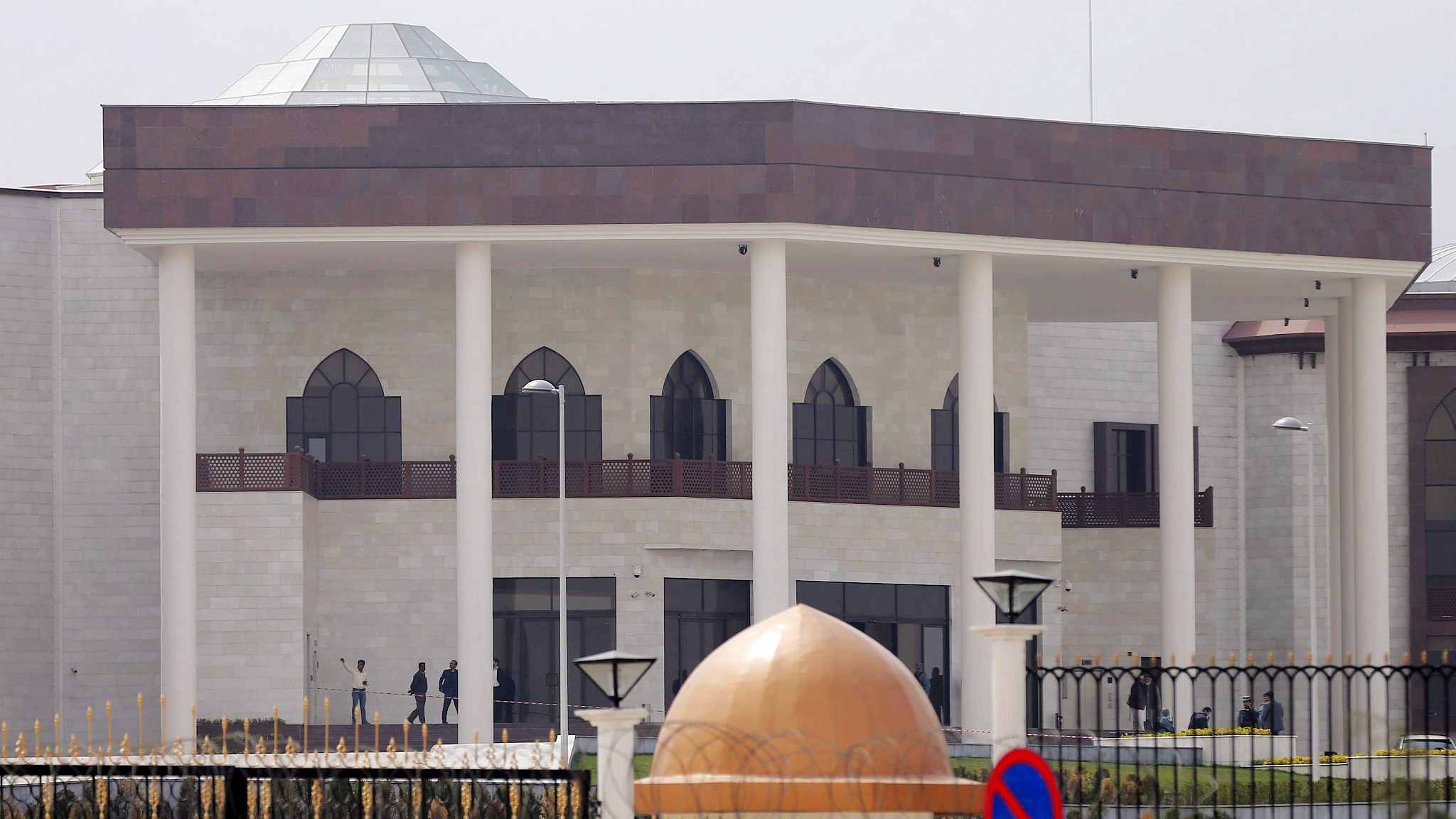 Related story: India seeks more joint ventures with China in Afghanistan
Earlier at a press conference at a White House cabinet meeting on Wednesday, Trump had mocked the idea of building a library in Afghanistan, tacitly hinting at the lack of education in the war-ravaged country.
"I get along very well with India and Prime Minister Modi, but he's constantly telling me he built a library in Afghanistan. Ok a library… and we're supposed to say, ‘Oh thank you for the library'," Trump said, adding: "I don't know who's using it in Afghanistan, but it's one of those things.”
Trump also alleged that India, Pakistan and Russia were not doing enough in Afghanistan but taking advantage of the U.S.. The U.S. president went on to suggest that these countries should send troops to fight the Taliban.
India promptly rejected Trump's dig with government officials stressing New Delhi has committed three billion U.S. dollars in assistance to Afghanistan in a number of infrastructure projects. India has also provided 1.1 million tons of wheat to Afghanistan as well as a 400-bed children's hospital built in 1972 and renovated after the fall of the Taliban in 2002.

A screenshot of a Twitter post by Ram Madhav, a senior leader from India's ruling Bharatiya Janata Party.

A screenshot of a Twitter post by Ram Madhav, a senior leader from India's ruling Bharatiya Janata Party.

Related story: 'China-India Plus' plan set in motion with joint training for Afghan diplomats
Read also: Uzbek-Afghan railway to put 'China-India Plus' plan on track
Indian officials asserted that the country does not have a policy to send its armed forces abroad except under the specific mandate of UN Peacekeeping Operations.
"May be Trump should know that while he is decrying every other help in Afghanistan, India has been building not only libraries, but roads, dams, schools and even parliament building. We are building lives, for which the Afghan people thank us, no matter what others do or don't," Ram Madhav, a senior leader from Modi's Bharatiya Janata Party, tweeted.
Concurring with Madhav, Ramin acknowledged that India is a "very important development partner" for Afghanistan and has contributed immensely in key sectors including education, water management and health.
He cited that India offers thousands of scholarships to Afghan students while counting the construction of the Afghan parliament house among the "many good projects that India has delivered for the Afghan people." 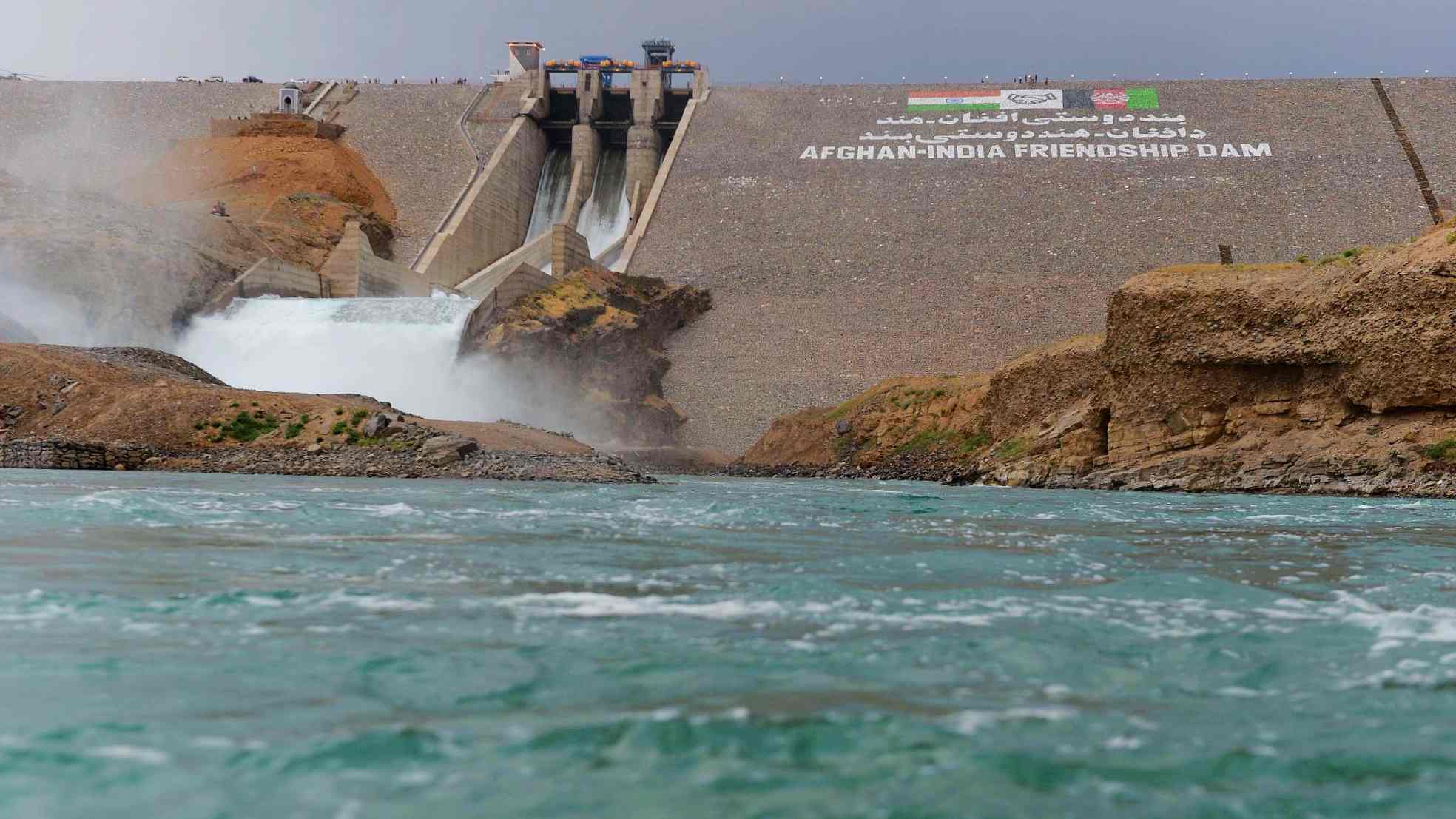 Read also: Afghan pine nut farmers' hopes fly on new air cargo corridor to China
Besides, "the construction of the Salma dam, also known as the Afghanistan-India Friendship Dam, is unique and no other country has committed to develop Afghanistan's hydropower except India," Ramin said.
Afghan national Shokrullah Amiri, an expert on Afghan-India business linkages, felt that Trump's statement reflected his "very limited knowledge" about Afghan-India Development Partnership Projects. "If Trump had known about Salma dam, for instance, he might have not issued such a statement," he told CGTN Digital.
Amiri also listed projects implemented by Indian such as the Kandahar Agro-Science & Technology University and the TAPI (Turkmenistan, Afghanistan, Pakistan, India) gas project and building of a number of electricity substations as evidence of New Delhi's growing commitment to Afghanistan. The two nations recently launched air cargo corridors connecting Kabul with New Delhi and Mumbai.
"Afghanistan-India bilateral ties have matured. The trust at a political, cultural and economic level between their governments, people and businesses is firm. The Strategic Partnership Agreement (SPA) signed between the two countries in 2011 further strengthened this relationship," Amiri elaborated.
Underscoring the important role India plays in the development of Afghanistan, Ramin said that India is now expecting to expand its cooperation with other countries in the development sector especially China, which can be a game-changer in strengthening peace, stability and development of the whole region.