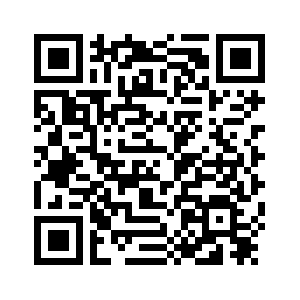 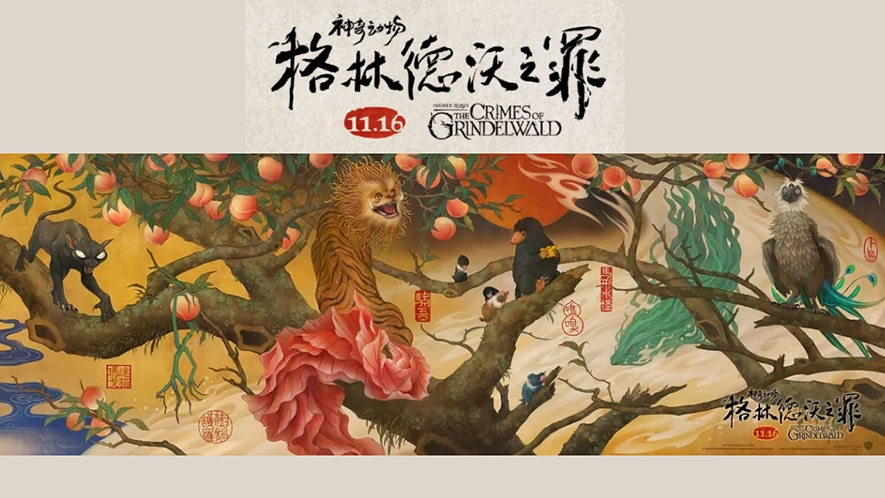 An increasing number of Hollywood producers have in recent years released film posters for Chinese audiences, demonstrating their attention to the country's film market.
The film posters are typically drawn in traditional Chinese style, incorporating Chinese cultural features and highlighting Chinese landscape paintings, cultural heritage, the lunar Spring Festival, iconic skyscrapers and historical landmarks.
China's movie box office revenue increased by nine percent in 2018 to 60.98 billion yuan (8.88 billion U.S. dollars), according to the State Film Administration.
The top-10 highest grossing films comprise a split of Chinese movies and Hollywood blockbusters. Foreign films account for almost half of all movies in the Chinese market, but their earning power is not as strong as it was.
"The Chinese film industry has gained momentum in recent years, and its box office performance is quite impressive. More and more foreign filmmakers have paid attention to the domestic (Chinese) market, and the combination of Chinese and Western elements in film publicity is a clever idea to attract viewers," said Zhang Chengguang, a professor at Anhui Normal University.
Let 's take a look at the film posters featuring Chinese characteristics and see how Chinese elements have been used in the design.
Chinese paper cutting 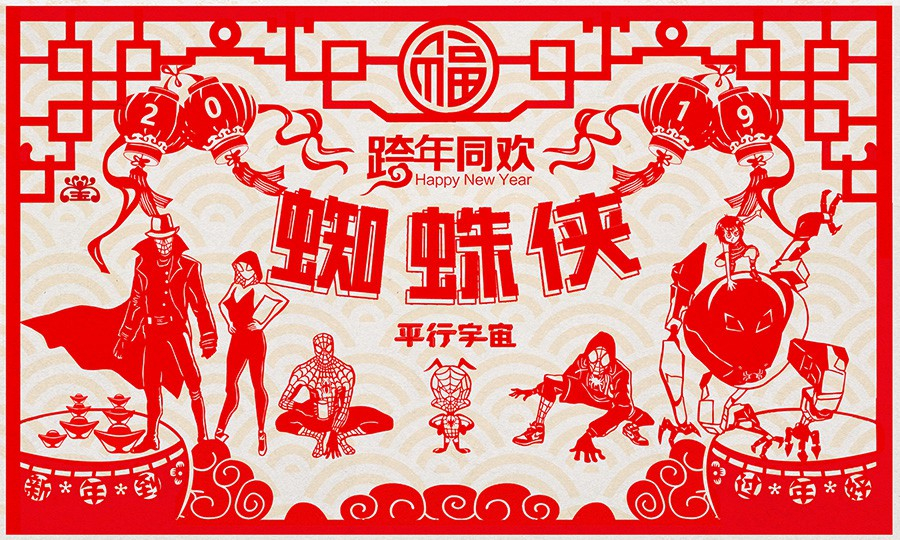 A Chinese-style poster for the film “Spider-Man: Into the Spider-Verse.” /Photo via Mtime

A Chinese-style poster for the film “Spider-Man: Into the Spider-Verse.” /Photo via Mtime

The posters for animated superhero films “Kung Fu Panda 3” and “Spider-Man: Into the Spider-Verse” give us good examples of Chinese paper cutting, right in time for the Chinese lunar New Year.
Chinese paper cutting, or jianzhi, is a kind of folk art that uses scissors or knives to cut paper for decorations and other activities.
Paper-cutting artwork is mostly made with red paper, as red is associated with festivities and happiness in Chinese culture. It often features festive occasions such as Spring Festival, weddings and childbirth, and it symbolizes good luck and happiness.
Four Chinese classics 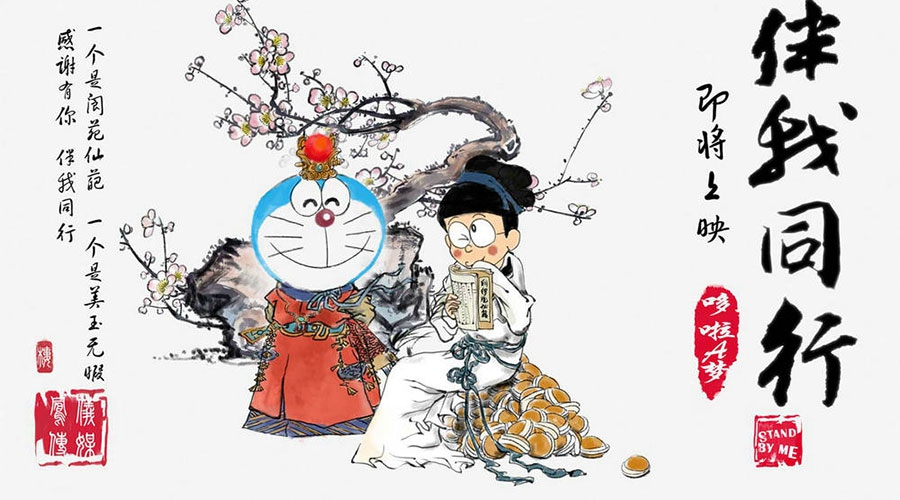 “The Water Margin,” “Journey to the West,” “Romance of the Three Kingdoms” and “Dream of the Red Chamber” are the four novels that form the core of Chinese classical literature and still inform modern culture.
As with the works of Dante or Shakespeare in Europe, these books are touchstones in Chinese literary culture and are everlasting resources for Chinese film and TV adaptations and recreations.
Kung fu masters appear regularly in these novels, which have influenced a number of Western superhero films and their promotional posters.
Chinese landscape painting 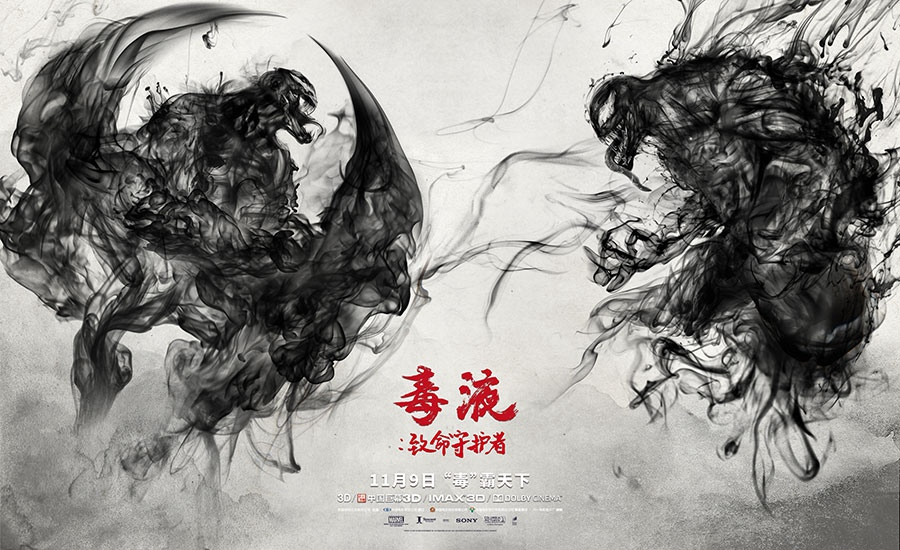 A Chinese-flavored poster for the film "Venom". /Photo via Mtime

A Chinese-flavored poster for the film "Venom". /Photo via Mtime

Many critics consider landscape painting the highest form of Chinese art, the most popular form to display Chinese culture to the West.
Many Western filmmakers therefore choose to launch film posters set against the backdrop of Chinese landscape painting, capturing a sense of elegance and oriental aroma.
Chinese landscape painting, or shanshui, literally refers to a style of traditional Chinese painting that involves or depicts scenery or natural landscapes, using brushes and ink rather than more conventional paints. Mountains, rivers and waterfalls feature regularly in this art form.
Chinese cultural heritage 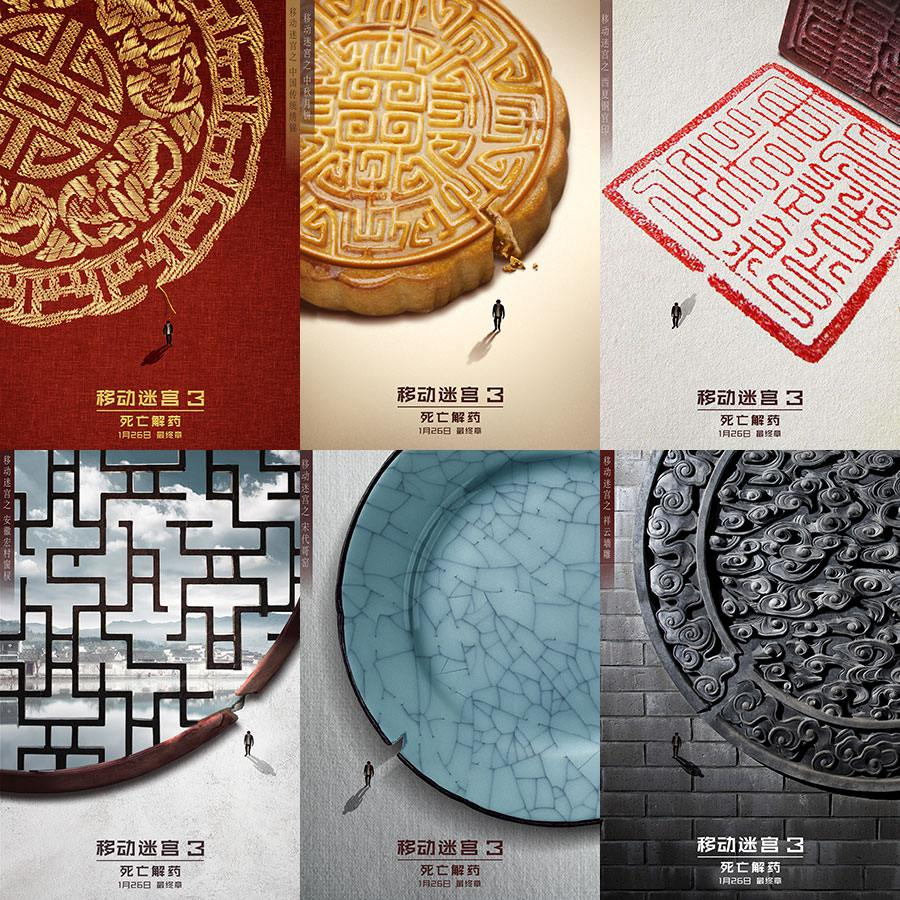 A Chinese-style poster for "Maze Runner: The Death Cure". /Photo via Mtime

A Chinese-style poster for "Maze Runner: The Death Cure". /Photo via Mtime

As more and more Chinese young people show interest in their ancestors' customs and lifestyles, traditional Chinese art has enjoyed a renewal in modern age.
The success of mega-hit period drama “The Story of Yanxi Palace”, the most Googled TV series in the world in 2018, has further thrust traditional Chinese cultural heritage into the spotlight.
Film producers have thus taken the opportunity to combine film promotion with Chinese cultural heritage, with one example being American dystopian science fiction film “Maze Runner: The Death Cure”.
Chinese landmarks 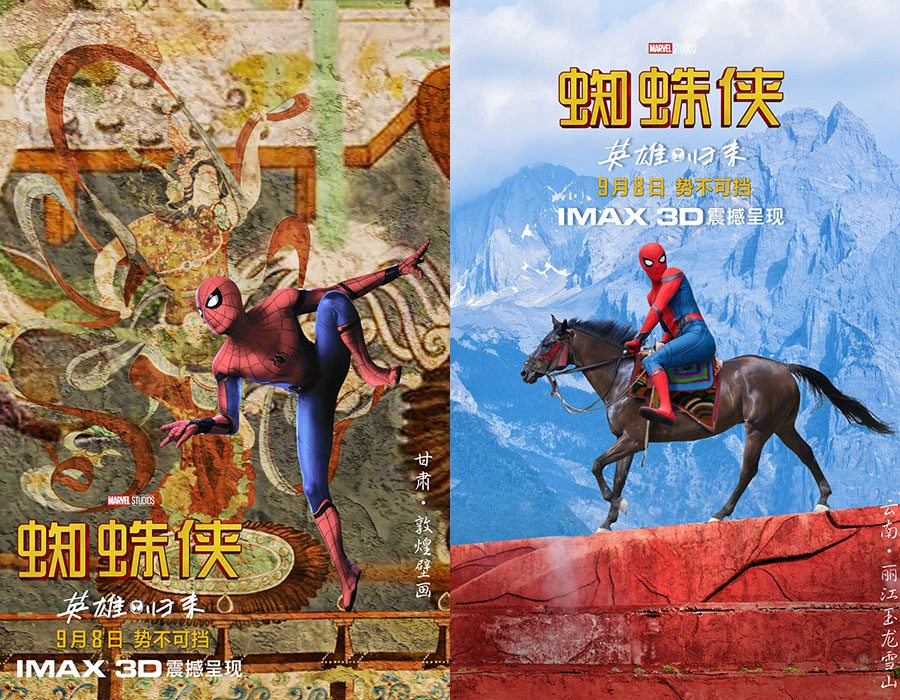 Chinese landmarks continue to welcome more and more visitors. These landmarks, in a certain sense, represent the best of Chinese history and culture.
Spiderman has taken photos with iconic Chinese skyscrapers and at historic scenic spots – places known by almost everyone in China.
The posters will become a selling point for the film, with people perhaps wondering what's going on with Spiderman and famous Chinese landmarks, before buying their ticket.
Source(s): China Daily