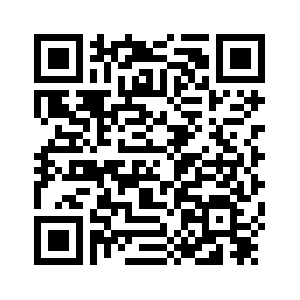 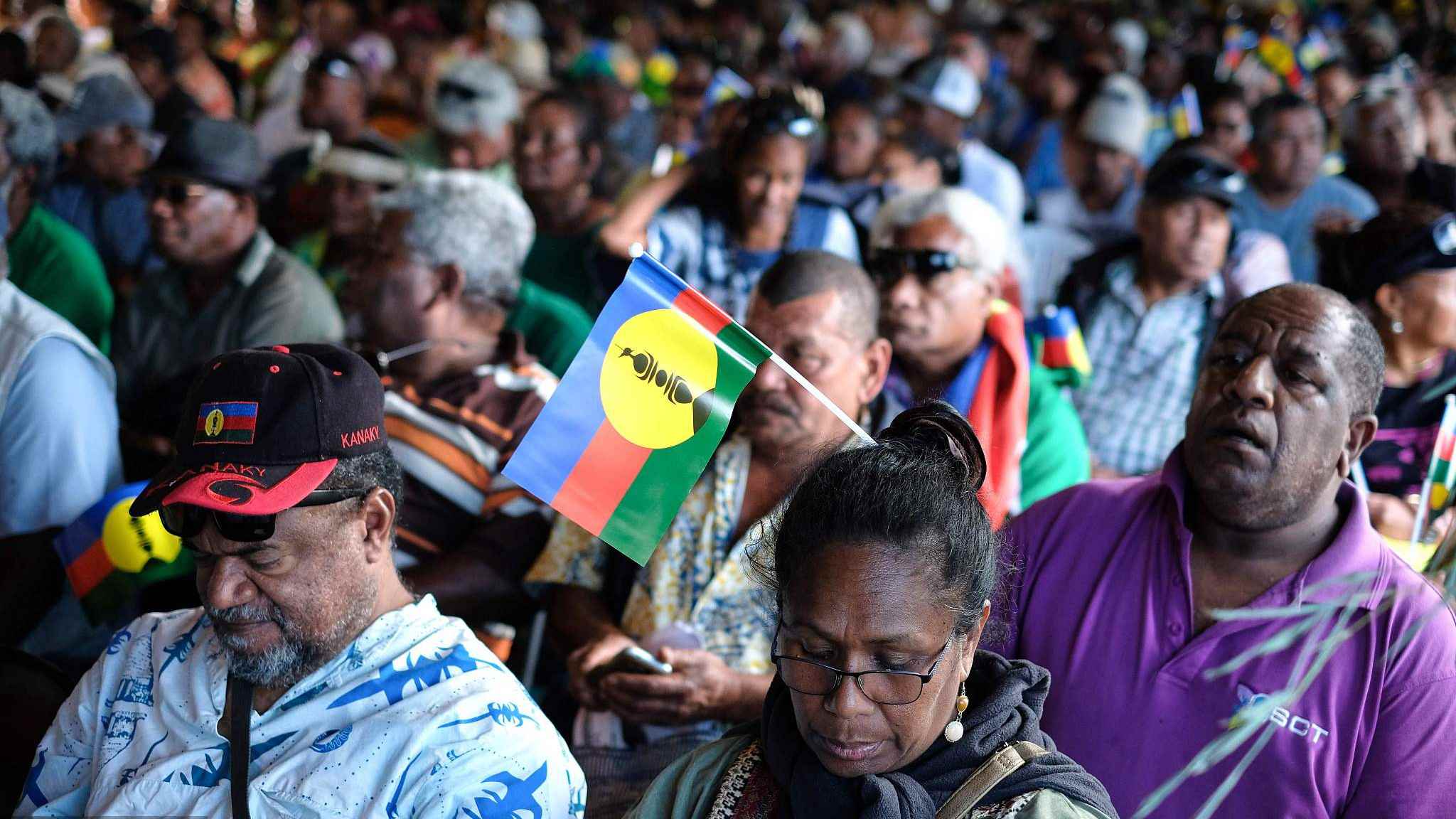 Islanders on the French Pacific territory of New Caledonia rejected independence on Sunday in a referendum, but the results showed weaker than expected support for Paris in the resource-rich and strategic outpost.
Some 18,000 kilometers (11,000 miles) from the French mainland, New Caledonia is home to a quarter of the world's known supplies of nickel, a vital electronics component.
On the final count, 56.4 percent of people rejected the proposition that New Caledonia becomes independent. Turnout was high at 80.63 percent. 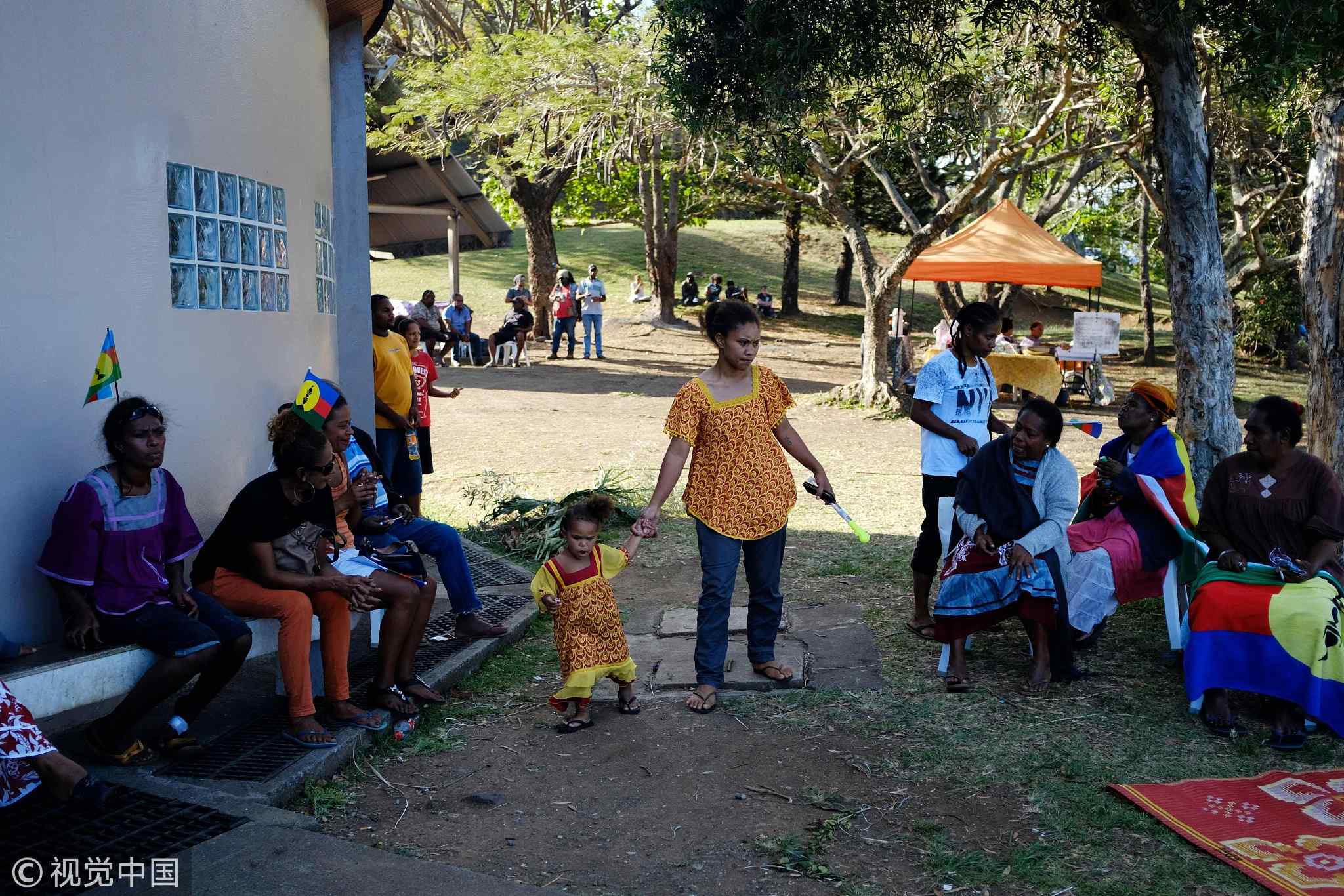 Citizens wear traditional costumes outside the venue for the closing meeting of the Kanak and Socialist National Liberation Front (FLNKS) campaign for a "yes" to New Caledonia's independence from France in Noumea, October 30, 2018. /VCG Photo

Citizens wear traditional costumes outside the venue for the closing meeting of the Kanak and Socialist National Liberation Front (FLNKS) campaign for a "yes" to New Caledonia's independence from France in Noumea, October 30, 2018. /VCG Photo

President Emmanuel Macron expressed his "immense pride that we have taken this historic step together" in an address to the nation, adding it was "a sign of confidence in the French Republic, in its future and its values."
Polls beforehand had forecast an emphatic 63-75 percent of New Caledonians would vote "no" when asked if the archipelago should "attain full sovereignty and become independent."
Under a 1998 deal called the Noumea Accord to devolve powers to the territory, two further votes on independence can be held by 2022, right independence leaders look set to invoke.
"We're a short step away from victory, and there are still two votes to come," Alosio Sako, head of the separatist movement FLNKS, said after the results were announced.
Macron had largely stayed clear of the campaign in New Caledonia, but during a visit to Noumea in May he declared "France would be less beautiful" without the territory.
As well as being home to French troops and being a source of nickel, the territory gives France a large, exclusive economic zone in the Pacific and rich fishing resources. 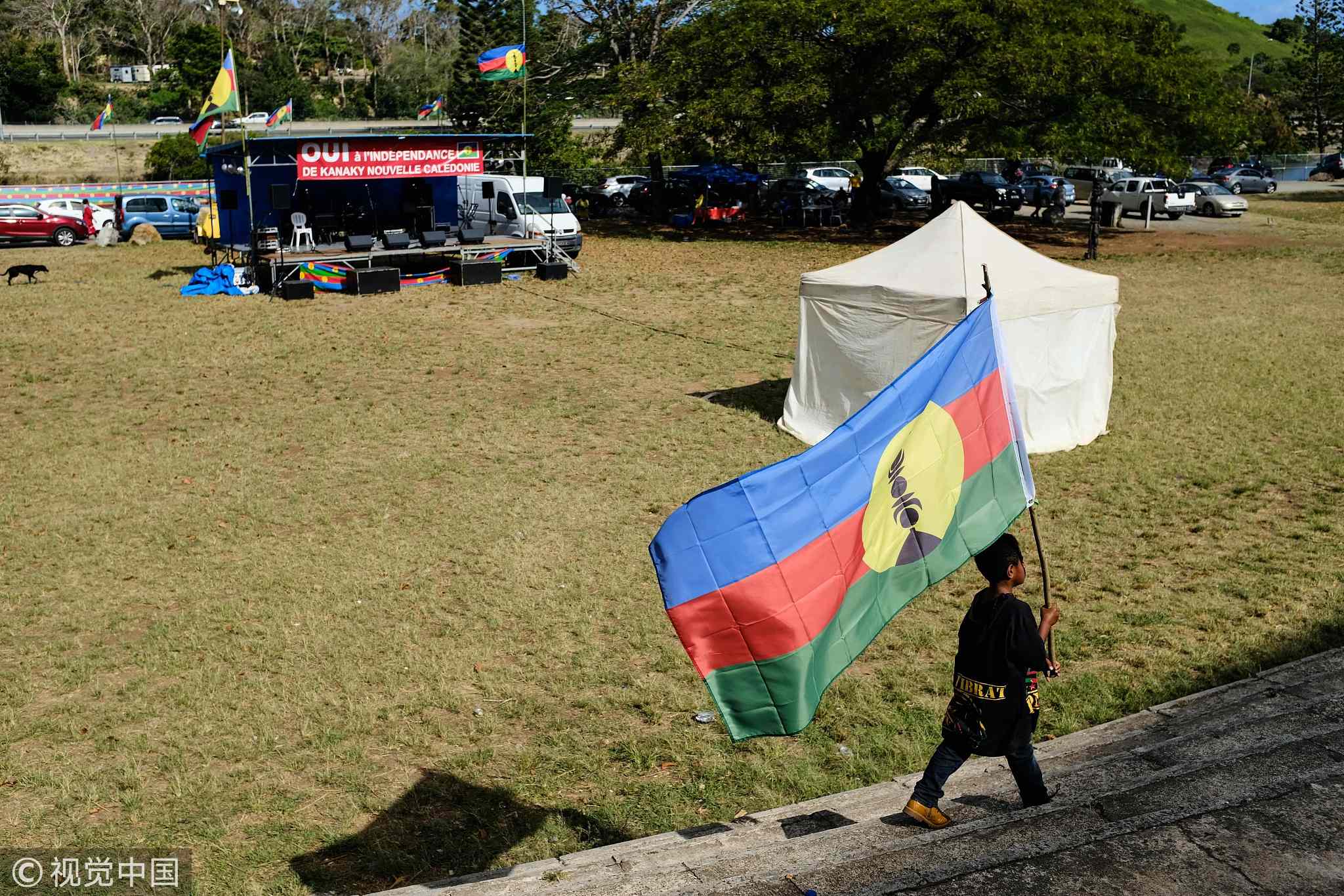 A boy walks with the pro-independent flag in Noumea, New Caledonia. /VCG Photo

A boy walks with the pro-independent flag in Noumea, New Caledonia. /VCG Photo

There were fears that the referendum in New Caledonia could inflame tensions between indigenous Kanak people, who tend to favor independence and the white population which has settled since France annexed the islands in 1853.
Several cars were burned, and a couple of incidents of stone-throwing were reported late Sunday, local authorities said, but the vote was otherwise peaceful.
Tensions in New Caledonia boiled over into ethnic strife in the 1980s which claimed more than 70 lives.
That led to the 1998 Noumea Accord which paved the way for a steady devolution of powers, as well as Sunday's referendum and possibly two others before 2022.
In recent years, France has faced protests and calls for independence in several of its overseas territories, which are a legacy of the country's colonial history and are sometimes dubbed "the confetti of the French empire."
French Guiana in South America and the Indian Ocean archipelago of Mayotte have been rocked by major protests over living standards and perceived neglect.
Closer to home, the Paris government also faces renewed calls for independence from nationalists on the Mediterranean island of Corsica, which have been rebuffed by Macron.
(Cover photo: Supporters attend the closing meeting of the Kanak and Socialist National Liberation Front (FLNKS) campaign for a "yes" to New Caledonia's independence from France in Noumea, New Caledonia, October 30, 2018. /VCG Photo)
8654km
Source(s): AFP