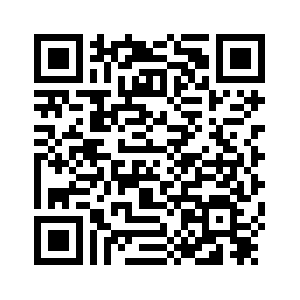 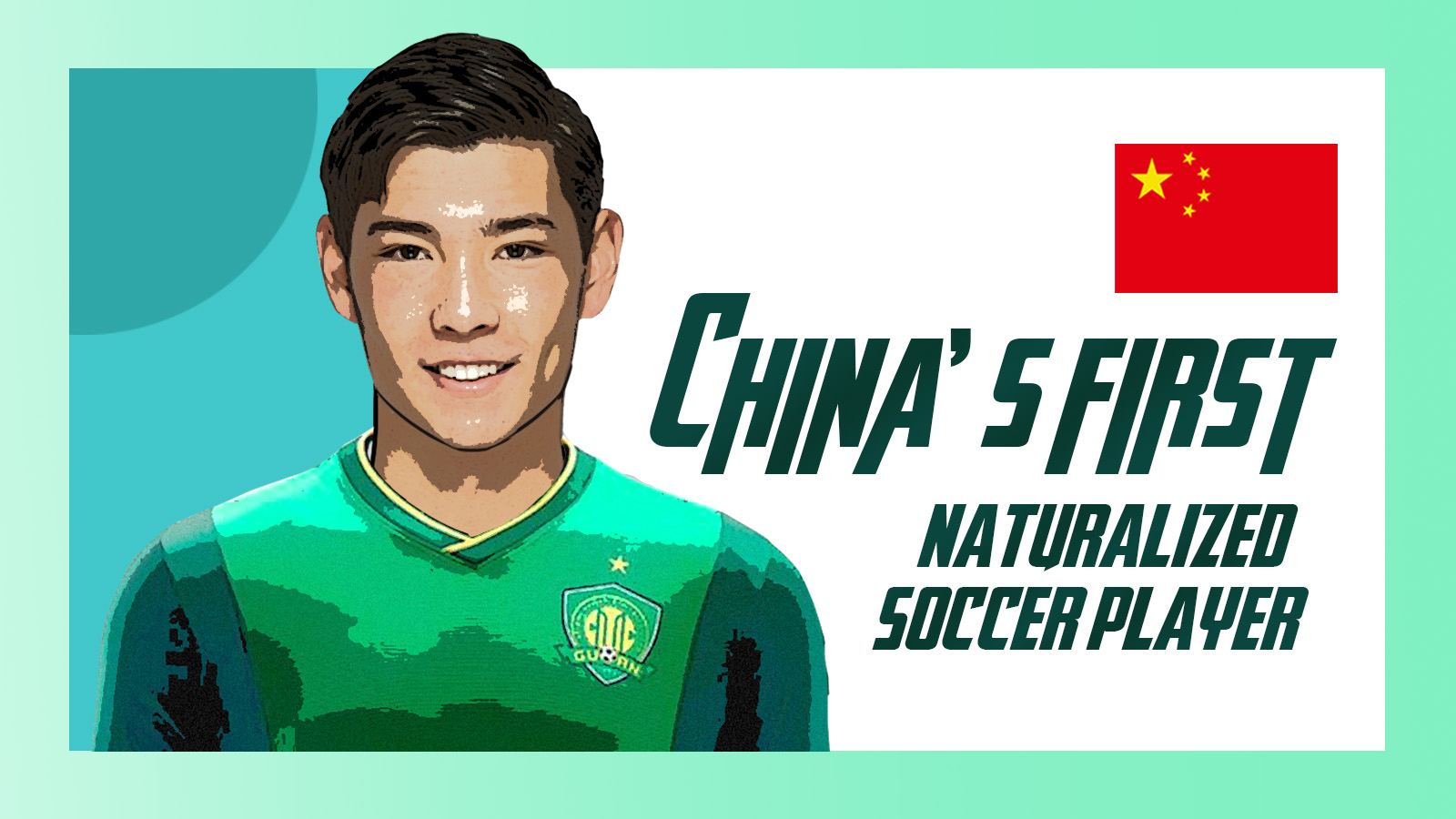 Norwegian-born John Hou Saeter received his ID card as a Chinese citizen on Tuesday making him the first naturalized soccer player in China's history.
The mixed-race midfielder, whose Chinese name is Hou Yongyong, joined Chinese Super League (CSL) side Beijing Guoan from Norway's top division Eliteserien at the end of January.
The move means that Hou, who turned 21 last month and has a Chinese mother and Norwegian father, could register with the Chinese Football Association (CFA) as a native player and even be called up by the national team.
But he must first secure his Chinese passport. By gaining citizenship, he abandoned his Norwegian nationality as China does not allow dual citizenship. 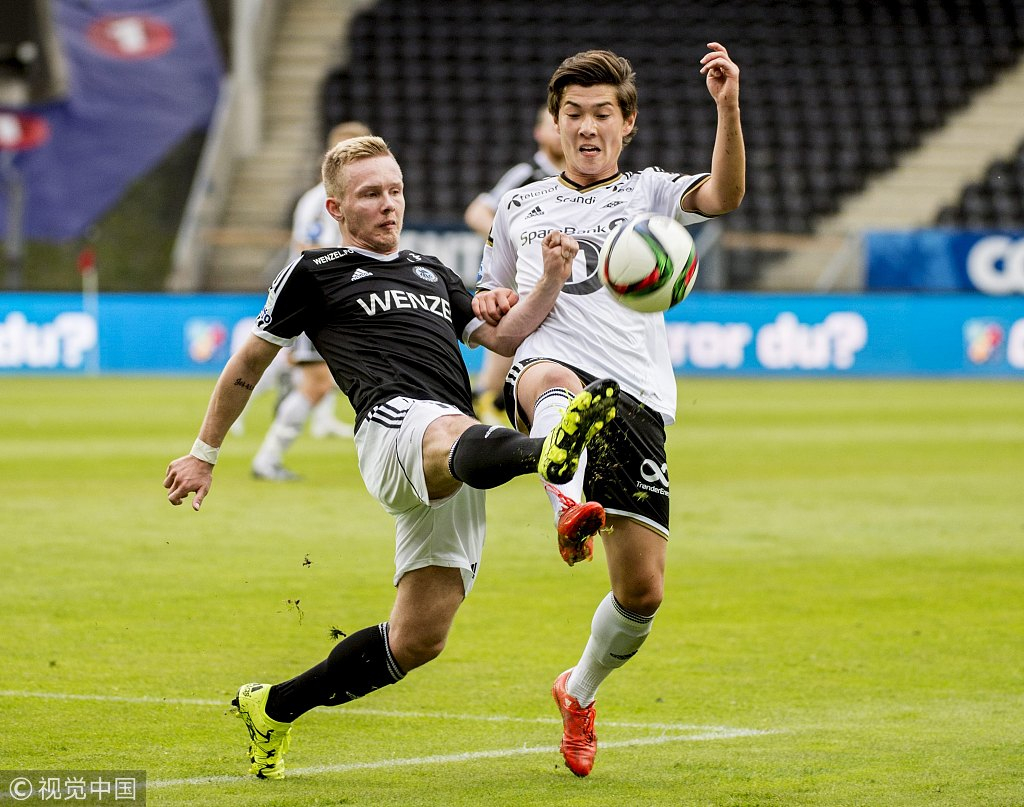 Hou's soccer development in Norway began at Trond IL club youth academy. He then joined Eliteserien powerhouse Rosenborg BK's youth team at the age of 15 and graduated to their senior squad in 2015 as the youngest player in the club's history.
Before his transfer from Stabaek to the Beijing side, Hou also turned out for Ranheim IL, and he used to be a member of Norwegian youth national soccer team.
Hou chose soccer as a career, although he played the piano very well and had good grades in school as did his elder sister Hou Anan (Ann Hou Saeter), now a prominent violin player in northern Europe.
As for playing for China, the player said he would be realizing his mother's dream. 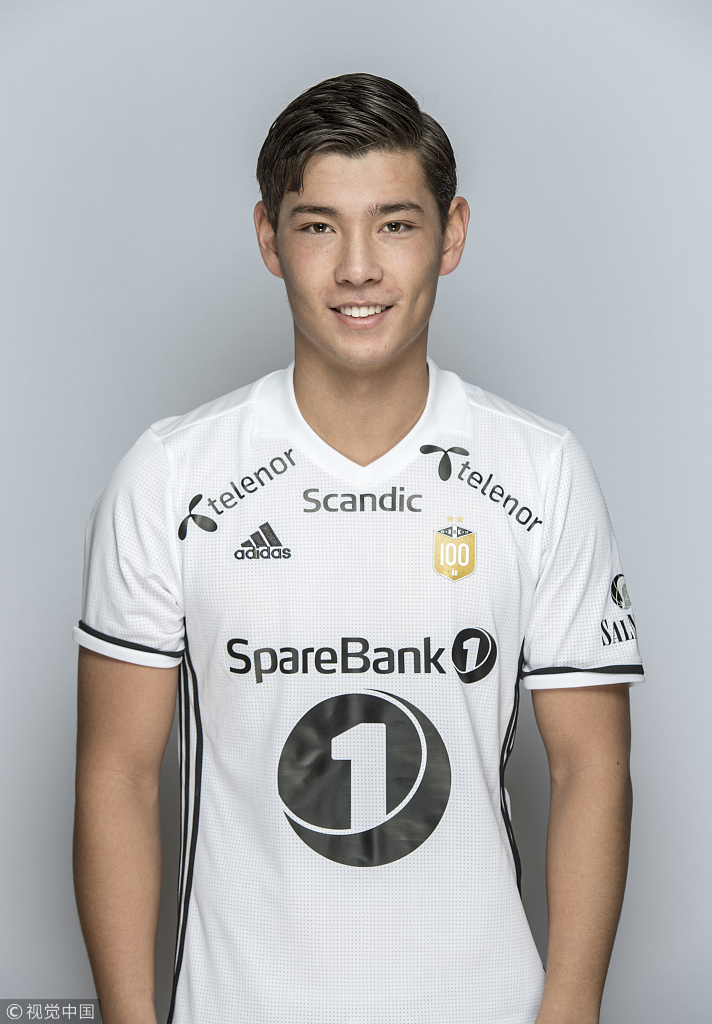 Because of his new status, Hou will be listed as an under-23 indigenous player for the upcoming CSL season.
An attacking midfielder, the Beijing Guoan newcomer will play alongside defensive midfielder Nico Yennaris, another candidate for naturalization, and could make an appearance in the CFA Super Cup between CFA Cup winners Beijing and CSL champions Shanghai SIPG in Suzhou, Jiangsu Province on February 23.
Yennaris, named Li Ke in Chinese, is also mixed race with a Chinese mother, and was once a member of the Arsenal youth academy.