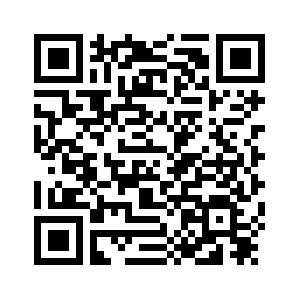 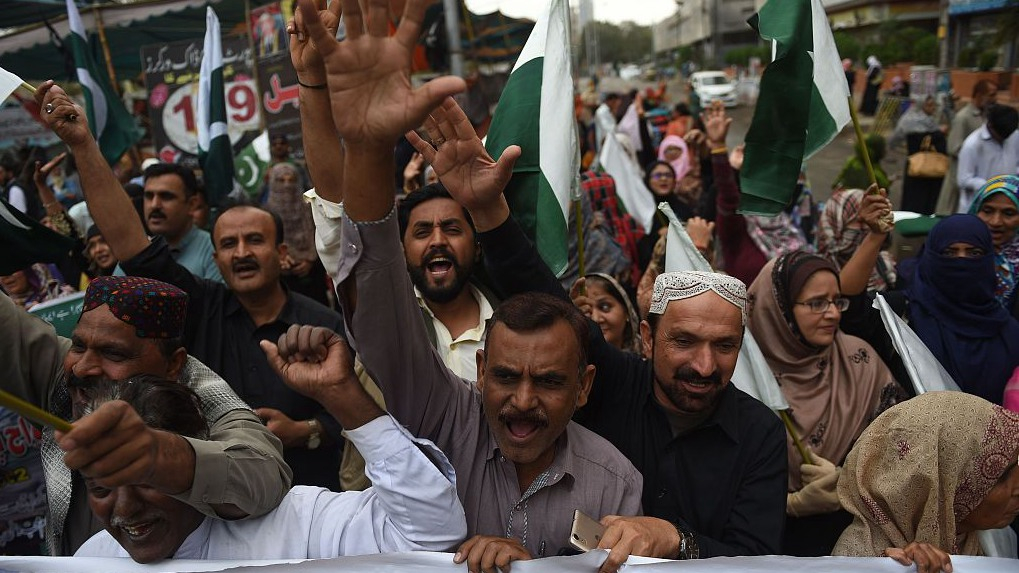 Editor's Note: Ning Shengnan is an assistant research fellow at the Department for Developing Countries Studies, China Institute of International Studies. The article reflects the author's opinion, and not necessarily the views of CGTN.
During the past days, the world has witnessed another crisis between India and Pakistan, the two South Asian neighbors, who have been feuding with each other since the two modern countries were formed. The bombings, air raids and exchange of artillery firings have not only created worry and panic within the disputed Kashmir area but also brought instability to the whole region.
On February 14, a suicide attack happened in Pulwama in India-administered Kashmir. At least 44 paramilitary officers in the Indian Central Reserve Police Force (CRPF) were killed, making it the deadliest attack in three decades in this area. Later the Jaish-e-Muhammad (JeM), a UN-designated terrorist group claimed responsibility for the bombing. New Delhi expressed deep anger against the attackers, with Indian Prime Minister Narendra Modi, vowing to retaliate. Once again, India held Pakistan responsible for the attack, accusing its neighbor of training, arming and sheltering these militant groups that operate against India.
Tensions have been mounting since then. On February 26, the Indian Air Force carried out an airstrike on an alleged militant training camp in Balakot in Pakistan's Khyber Pakhtunkhwa province. Pakistan retaliated, shooting down two Indian aircraft and capturing one Indian pilot. In the meantime, heavy shelling and firing by both sides were repeatedly reported along the Line of Control (LOC). 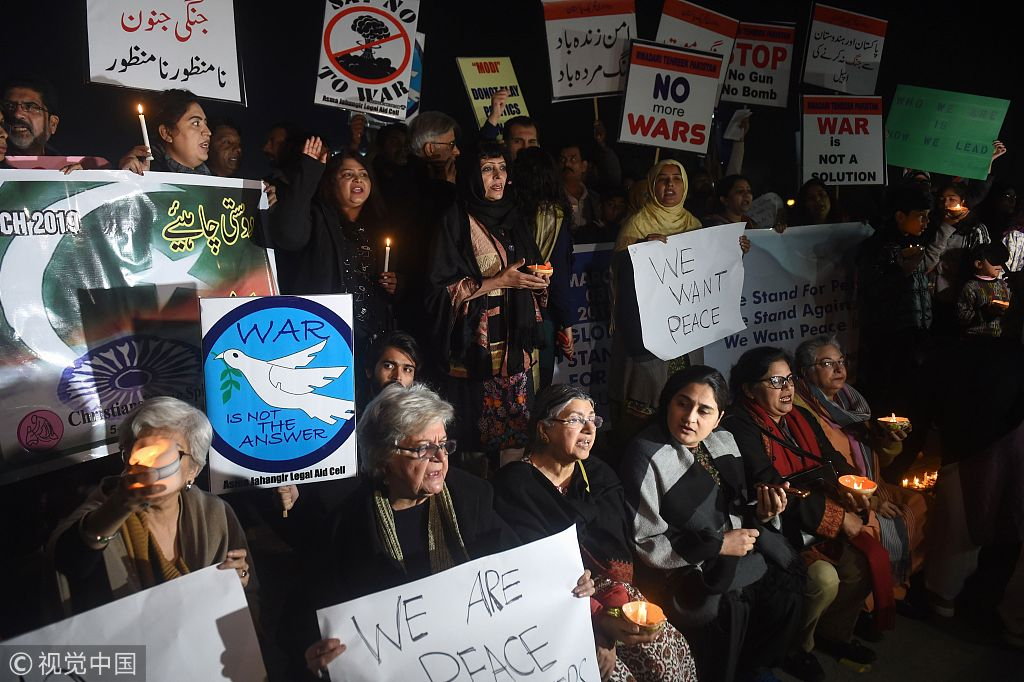 People hold signs during a vigil for peace as tensions have soared between India and Pakistan since a suicide bombing in Kashmir last month claimed by Pakistan-based militants killed 40 Indian paramilitaries in Lahore, March 3, 2019. /VCG Photo

People hold signs during a vigil for peace as tensions have soared between India and Pakistan since a suicide bombing in Kashmir last month claimed by Pakistan-based militants killed 40 Indian paramilitaries in Lahore, March 3, 2019. /VCG Photo

India and Pakistan have been wrangling with each other since they won their independence from Britain in 1947. The Kashmir region is the primary focus of this long-lasting contest. In the last 70 years, there have been three major wars between the two neighbors, and two of them – the 1947 and 1965 India-Pakistan wars were fought directly over Kashmir.
The last big-scale conflict between the two sides was in 1999 in the Kargil district of Kashmir. Nearly 20 years later, armed militants attacked an Indian army base near the LOC, killing 19 Indian soldiers.
The most recent February crisis could be the most serious escalation of tension between the two nations in years. Though shelling between India and Pakistan happen fairly often along the LOC, this is the first time in years that either side has deployed warplanes to fly across it.
India's Air Force crossing into mainland Pakistan on February 26 was the first time this happened since 1971 during the India-Pakistan war.
This may signify an important change in India's strategy: Its military strikes are not limited to the LOC within the disputed Kashmir region anymore; instead, it may venture into Pakistani mainland territory against the militants' camps when there is another violent attack in India. This dangerous movement could directly result in war.
Following their separation in 1947, relations between India and Pakistan have been in a near constant state of agitation. The frequent clashes have brought about numerous sufferings to the people in Kashmir. Before 1947, this beautiful valley used to be a top tourist resort, but now people in this area are living in constant fear and deep poverty. The conflict could also lead to a new round of arms race between India and Pakistan. To gain the edge in this competition, expansion of their military spending is a must.
To make it worse, as the military action continues, nationalist feelings have risen to new heights, which could exert strong pressure on government policies. For instance, India is now preparing for its national elections later this spring. PM Modi and the BJP party are seeking a second term.
To defend the strongman image and to win the support of Hindu nationalists, Modi needs to make a muscular approach to show his determination to "punish Pakistan." Nationalist sentiments have severely narrowed down the space for compromise, and a hardline stance could help win votes, but exacerbate the situation with Pakistan. As a result, a small clash could easily escalate into a large-scale conflict. 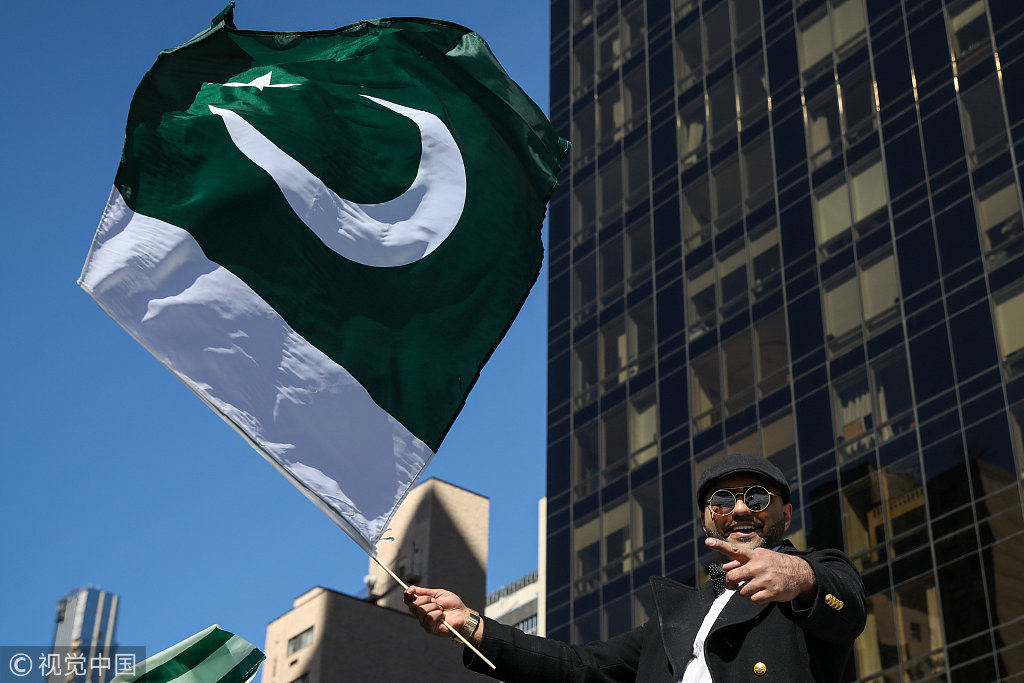 Members of the Sikh community demonstrate for a peaceful settlement to the Kashmir issue between India and Pakistan, outside the United Nations headquarters in New York City, U.S., February 28, 2019. /VCG Photo

Members of the Sikh community demonstrate for a peaceful settlement to the Kashmir issue between India and Pakistan, outside the United Nations headquarters in New York City, U.S., February 28, 2019. /VCG Photo

The tension between the two biggest regional powers have put the whole South Asia region in a difficult situation. The military confrontation between the two nuclear powers has not only made the region less secure but also forced smaller countries to choose a side between the rivals.
Because of the India-Pakistan standoff, the regional integration process is stalled and the intergovernmental South Asian Association for Regional Cooperation (SAARC) has been paralyzed for years.
At the beginning of March, the Pakistani side released the Indian pilot and it seems the tensions are easing. The two countries have also resumed bus and train services. Nevertheless, unless the two sides really decide to sit down and talk, there is still the danger of war and even nuclear threat hanging over the region.
(If you want to contribute and have specific expertise, please contact us at opinions@cgtn.com.)