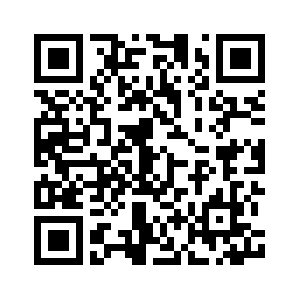 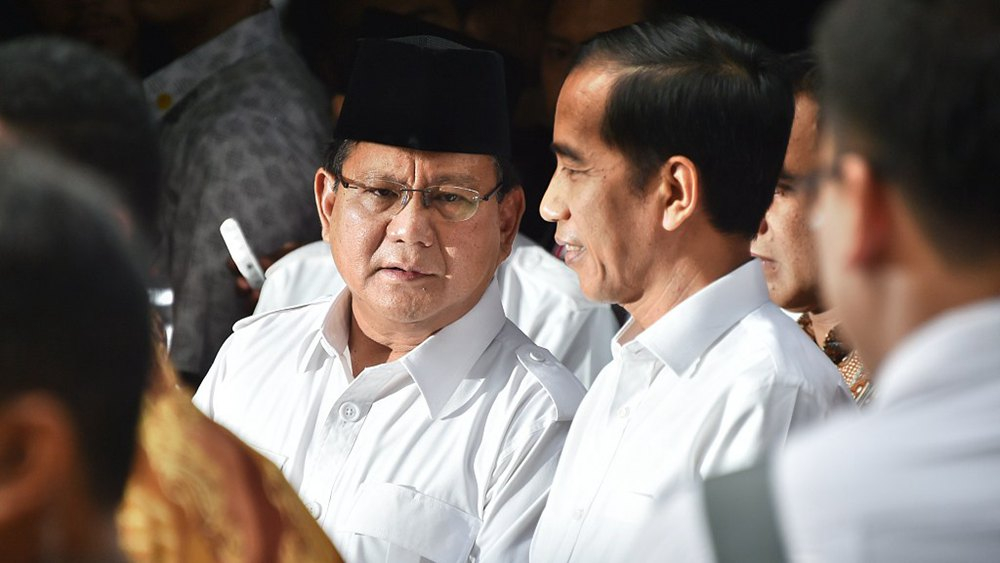 Three Indonesian housewives have been arrested over an online video that claimed President Joko Widodo would ban prayer and make gay marriage legal in the Muslim majority country if re-elected, police said Monday.
In the video, two women, both in their 40s can be seen going door-to-door campaigning for Prabowo, Joko Widodo's presidency challenger, in a village.
When they were speaking to an old man of one house, instead of promoting Prabowo's programs, the women were spreading the unsubstantiated idea that Joko's leadership would be detrimental towards Muslims in the country. 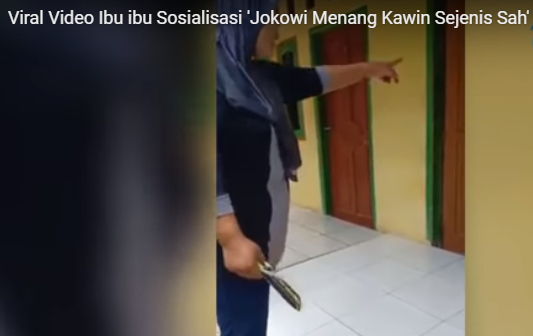 Videoshot from Youtube shows one of the woman is speaking to an old man. / CGTN Photo.

Videoshot from Youtube shows one of the woman is speaking to an old man. / CGTN Photo.

"Adzan (call to prayer) from mosques will be forbidden, no one will be allowed to wear the hijab. Women can marry women, men can marry men," the women said in Sundanese in the video.
Widodo, first elected in 2014, is a practising Muslim and has never publicly pushed for any of the measures mentioned in the video. And he has also fended off accusations over his Muslim credentials for years, claims that have been revived ahead of April presidential elections.
Under Indonesia's Information and Electronic Transactions Act, deliberately spreading false or misleading information online is a crime punishable by up to six years in prison. Under elections laws, taking part in a black campaign is a crime punishable by up to two years in prison. 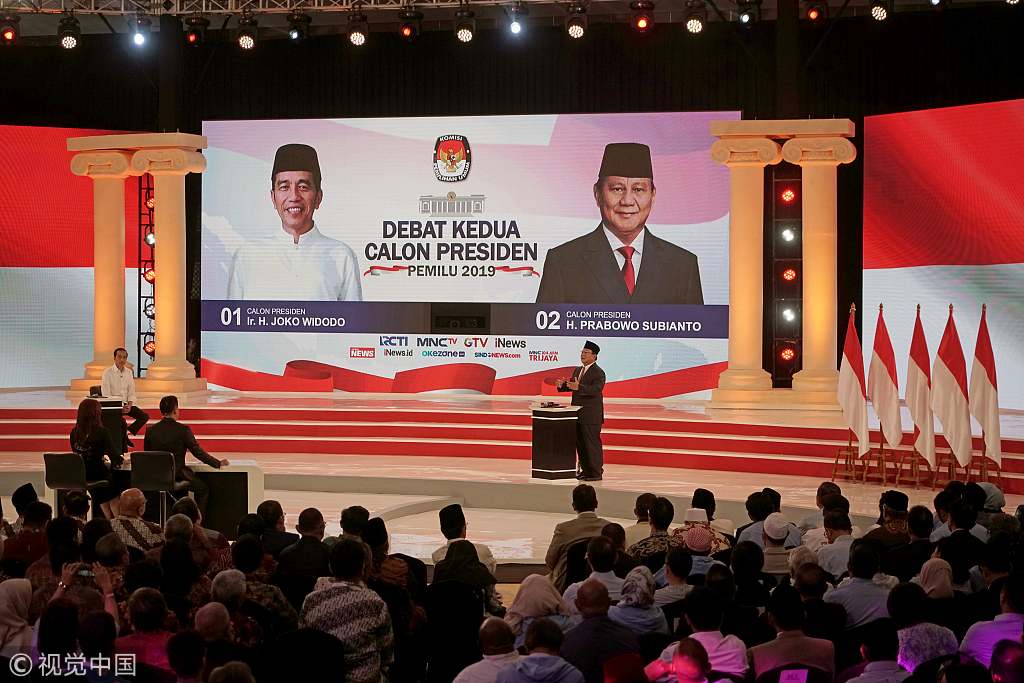 Three women "linked" to the video were arrested by East Java provincial police on Sunday over claims they were spreading misinformation. But police did not elaborate on their role.
"This is a preventive measure because this (video) could potentially trigger anxiety and conflict in our society," local police spokesman Trunoyudho Wisnu Andiko told a press conference Monday.
If convicted, the trio could face up to six years in prison for spreading hate speech and violating a sweeping electronic information law.
Source(s): AFP