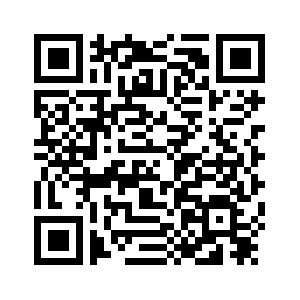 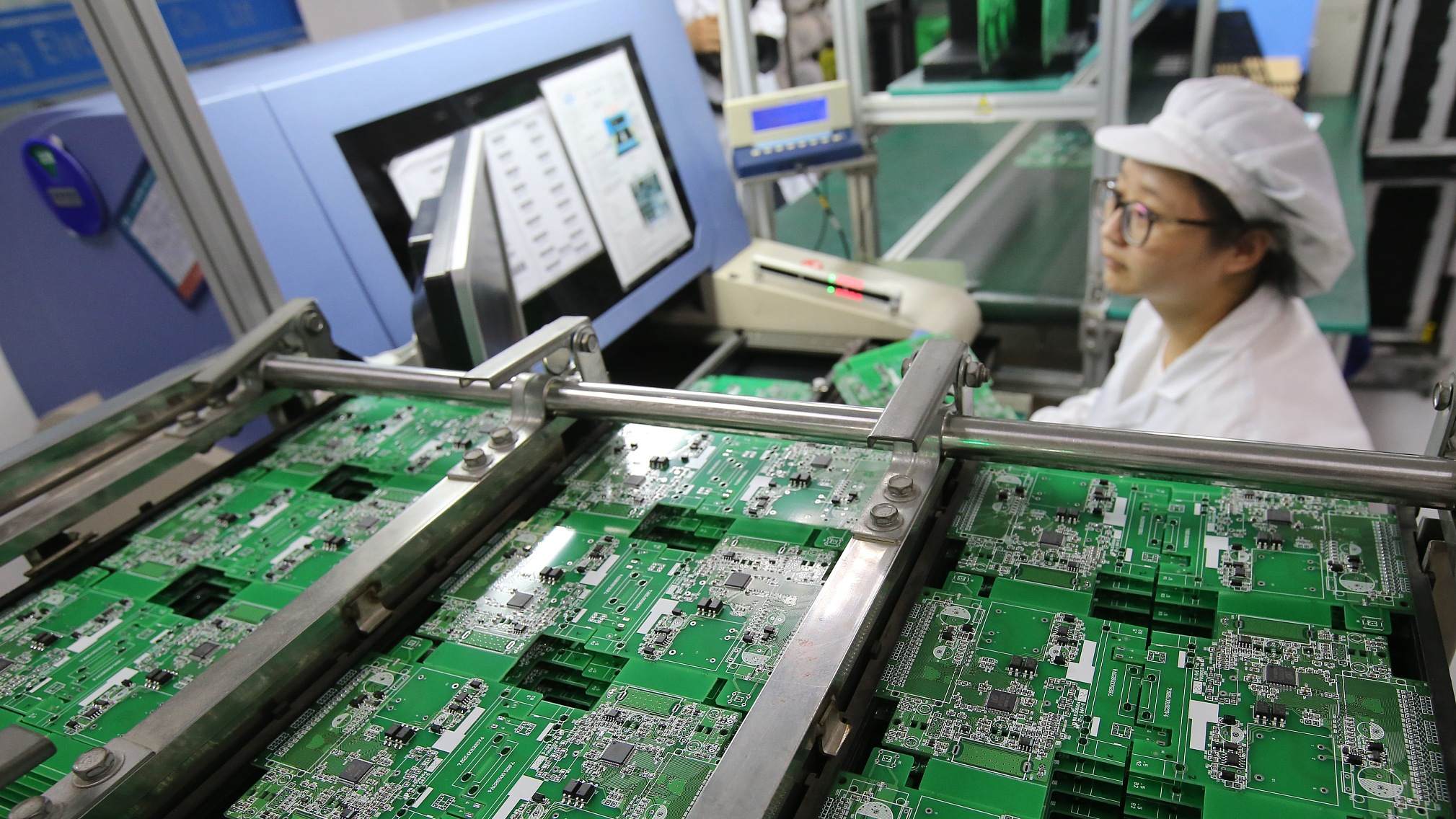 Editor's Note: This article is an edited translation, published by China Plus on October 31, 2018, of a commentary from the Chinese-language "Commentaries on International Affairs".
In an environment of slowing global economic growth and complicated trade frictions, emerging industries are increasingly becoming the contents of strategies for countries to cultivate new competitive advantages.
In this competition, China's private sector has kept a close eye on domestic and international market changes and demand in the past few years, striving to create "blue oceans" of uncontested market space in emerging industries and promote the high-quality development of China's economy.
Achieving high-quality economic development is not just part of China's current countermeasures, but the only way to move from being the second largest economy to an economic powerhouse.
Compared with the development strategies of some developed countries, such as the "High-Tech Strategy 2020 for Germany", the "National Strategic Plan for Advanced Manufacturing" in the US and France's "Industry of the Future" initiatives, China has always focused on upgrading national competitiveness in new technologies, industries, forms of business and models.
Two years ago, China proposed a development plan for the country's strategic emerging industries over a five-year period. It is projected that by 2020, the added value of China's strategic emerging industries will account for 15 percent of the GDP.
This is expected to form five new pillars worth 10 trillion yuan in output value including a new generation of information technology, high-end manufacturing, biology, green low-carbon and digital creativity, produce a large number of new growth points for cross-border integration, and create an average of more than one million new jobs every year. 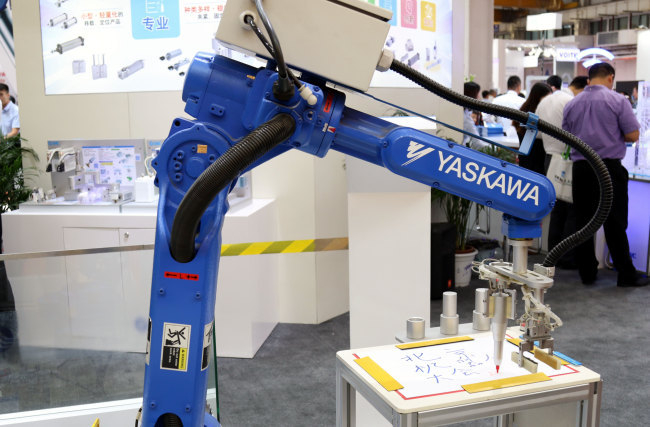 A robot arm in a writing demonstration at SMC China's booth at the 4th World Robot Conference at the Etrong International Conference and Exhibition Center in Beijing, August 15, 2018. /Photo via China Plus

A robot arm in a writing demonstration at SMC China's booth at the 4th World Robot Conference at the Etrong International Conference and Exhibition Center in Beijing, August 15, 2018. /Photo via China Plus

This plan has brought positive changes to the Chinese economy. According to the National Bureau of Statistics, in the first seven months of this year, the added value of China's strategic emerging industries increased by 8.6 percent year-on-year, faster than the added value of industrial enterprises above designated size.
Among the emerging industries, new energy vehicles, industrial robots, integrated circuit production and corporate profits grew rapidly. In this transformation process, private enterprises that provide final consumer goods and a strong manufacturing industry chain have played an extremely important role.
According to statistics, 65 percent of China's patents, more than 70 percent of technological innovations and over 80 percent of new product development are completed by private enterprises.
According to the "Top 100 Most Valuable Chinese Brands" unveiled by WPP, a well-known global communications services group based in the UK, China's state-owned enterprises accounted for 71 percent of the total value of the top 100 brands in 2014, and by 2018, they only accounted for 40 percent.
The value of private technology and retail brands has grown rapidly, and technological innovation companies have become the engine of Chinese brand development, which has effectively enhanced the country's position in the global value chain. 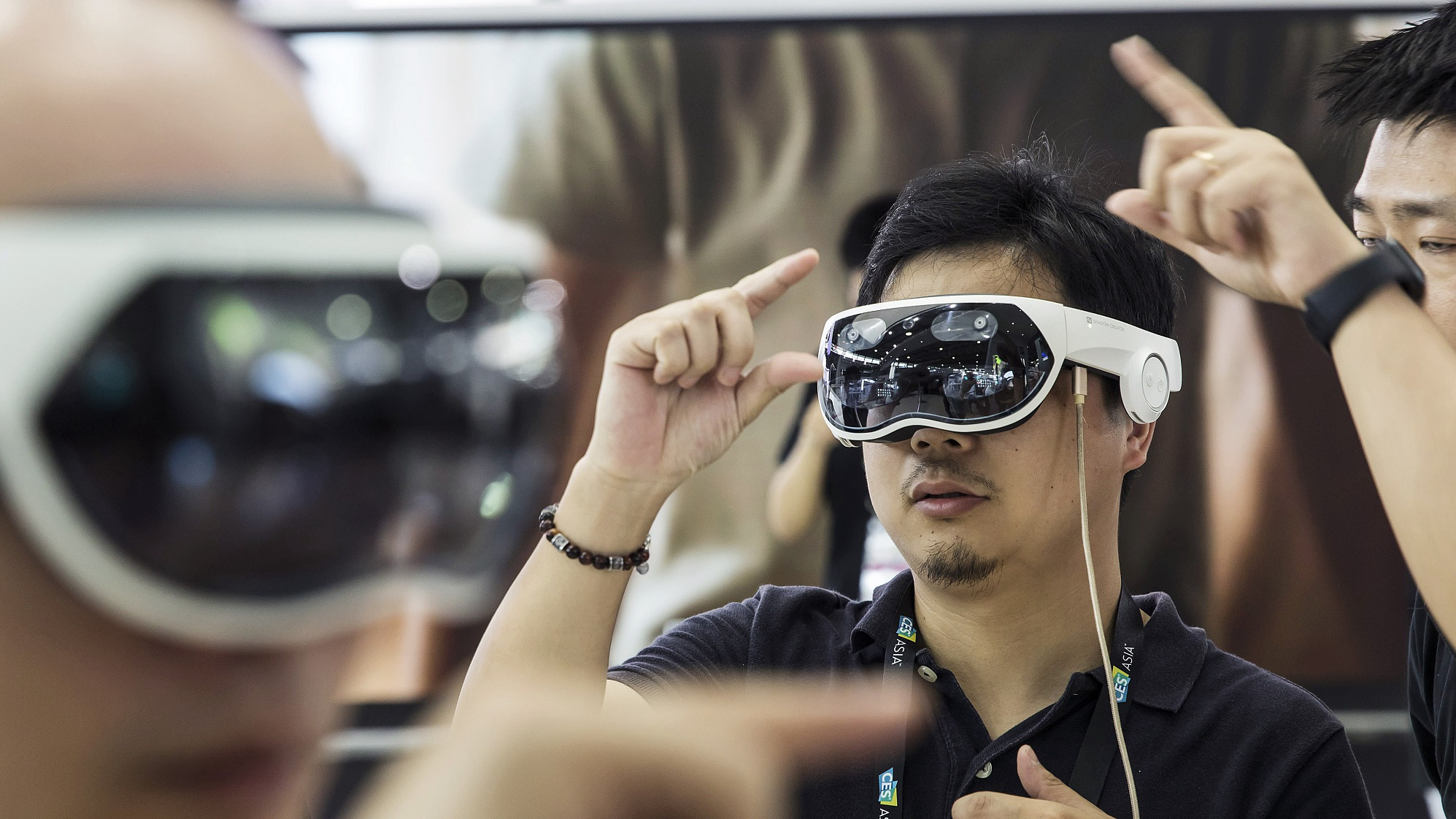 In 2018, there were 237 private enterprises on the list of "Top 500 Chinese Enterprises", an increase of 11 from the previous year, accounting for 47.40 percent of the total. Among them, information technology, retail sales under the "Internet Plus" initiative and other new forms of business and models are the highlights on the list. This change reflects the general trend of China's economy that is developing with high quality.
Looking back over the past 40 years, China's private economy has grown from scratch, and its development has experienced a burst in "quantity" and a leap in "quality". It is currently leading the trend of high-quality development in China.
The success of private enterprises lies in the flexible operation mechanism, strong risk awareness, a sense of innovation and strong abilities, as well as market adaptability. The pressure they encountered can help stimulate internal resilience and accelerate growth.
For example, Huawei, which ranks first in the "Top 500 Chinese Private Enterprises" in 2018, invested nearly 90 billion yuan in research and development in 2017 and generated more than 600 billion yuan in operating income.
In another example, Chinese automaker BYD has attracted Daimler AG of Germany to establish a joint venture. From the launch of the first concept car in 2012 to today's Denza 500 electric car, the company has become the leader of China's new energy vehicles.
Among the top 500 private enterprises in China, the proportion of manufacturing and service companies is two to one. This not only shows the important position of private enterprises in the manufacturing industry of China, but also shows that there is still huge room for development in the service industry in the future. 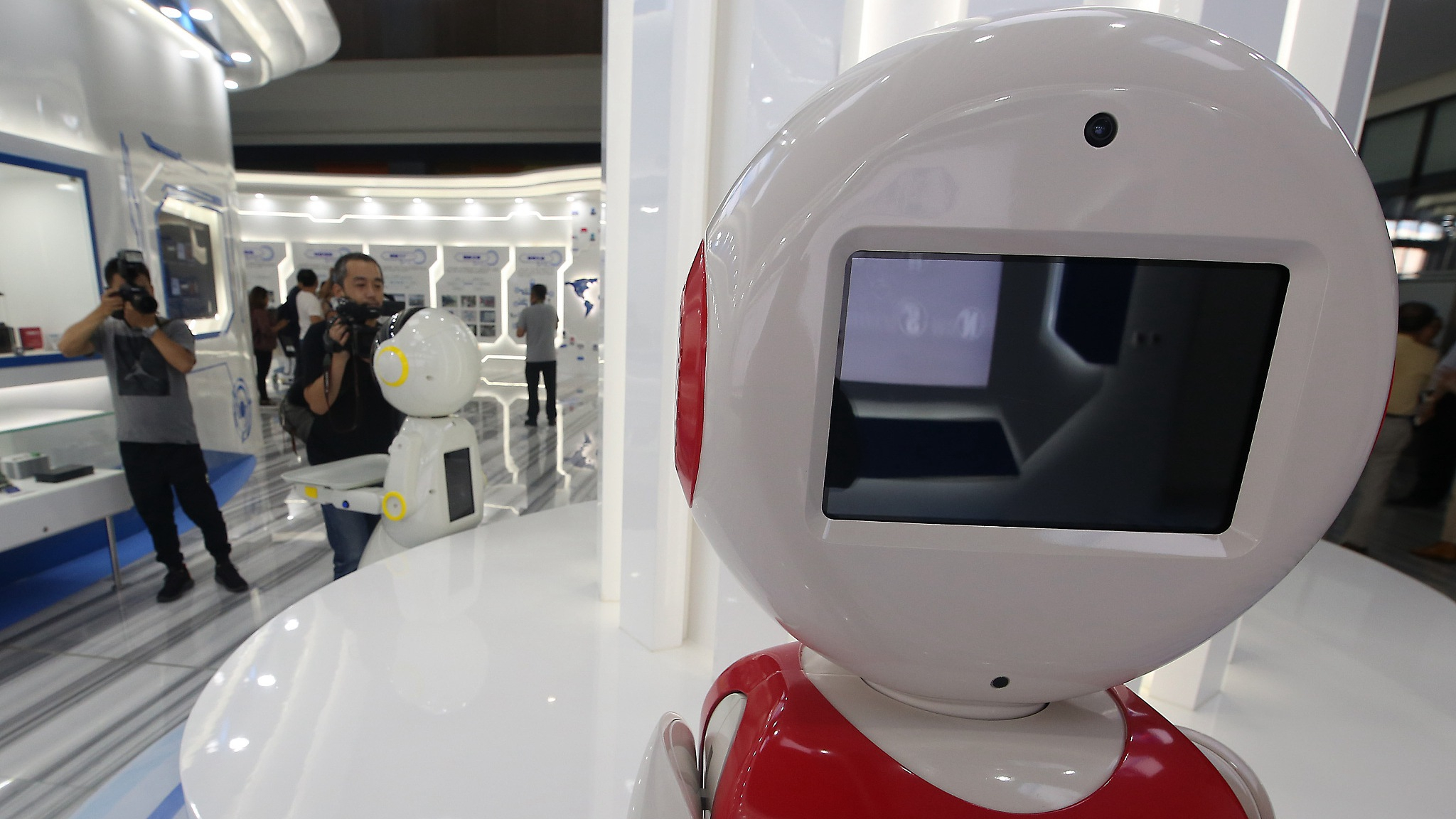 The growth of China's middle-income group and the aging population, the rise of a new round of technological revolution and industrial transformation characterized by the combination of biotechnology and information technology, and the opportunities brought about by the concept of green development will open up a series of "blue oceans" for the country's private enterprises. These will be in new areas including retail sales under "Internet Plus" initiative, "smart industry" and the "Silver Economy" dedicated to the elderly.
In response to the difficulties and problems encountered by private enterprises in their operations, Chinese high-level officials have made frequent statements, emphasizing that the development of the private economy is China's basic economic system.
In this context, China has introduced a series of fiscal and taxation and financial support policies, including the central bank's increase in refinancing and rediscounting of 150 billion yuan as part of the capital to guide the establishment of private enterprise bond financing. Eleven securities companies jointly set up a total asset management plan of about 100 billion yuan to support the high-quality development of the private economy.
In the process of building a high-quality modern economic system, private entrepreneurs will continue to bring into play their innovative spirit, workmanship and entrepreneurial spirit to create new miracles in the "blue oceans" of emerging industries.
(If you want to contribute and have a specific expertise, please contact us at opinions@cgtn.com.)