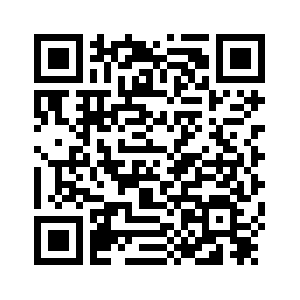 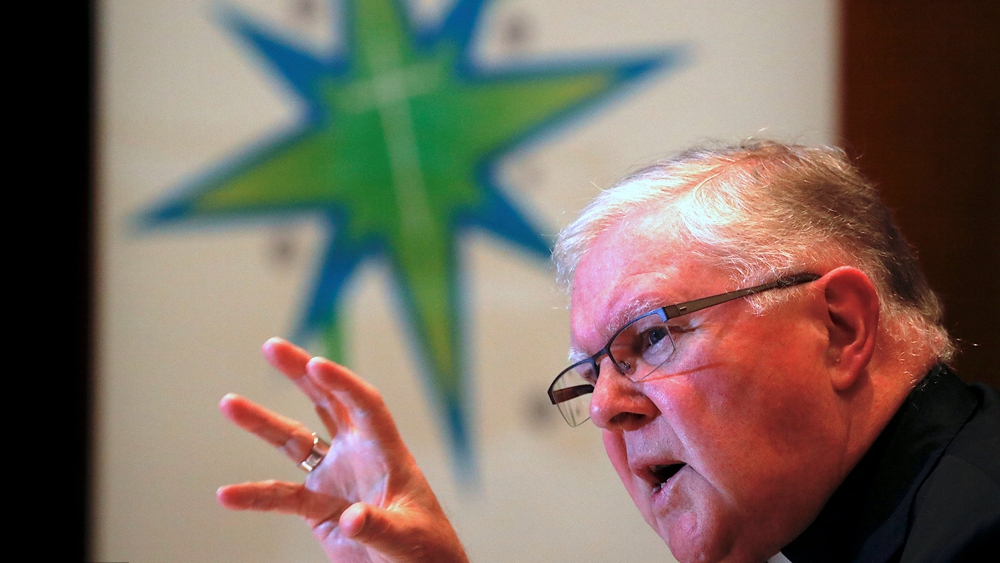 The Catholic church in Australia said on Friday it would oppose laws forcing priests to report child abuse when they learn about it in the confessional, setting the stage for a showdown between the country's biggest religion and the government.
Pope Francis is facing sexual abuse crises in several countries and the stance taken by the Australian bishops reflected the abiding, powerful influence conservatives in the church.
Visiting Ireland earlier this week, Pope Francis begged forgiveness for the multitude of abuses suffered by victims in Ireland, and he has promised no more cover-ups.
The Australian Catholic Bishops Conference (ACBC), the country's top Catholic body, said it did not accept a recommendation from an official inquiry which would force priests by law to report abuse to the police when they hear about it in confession. 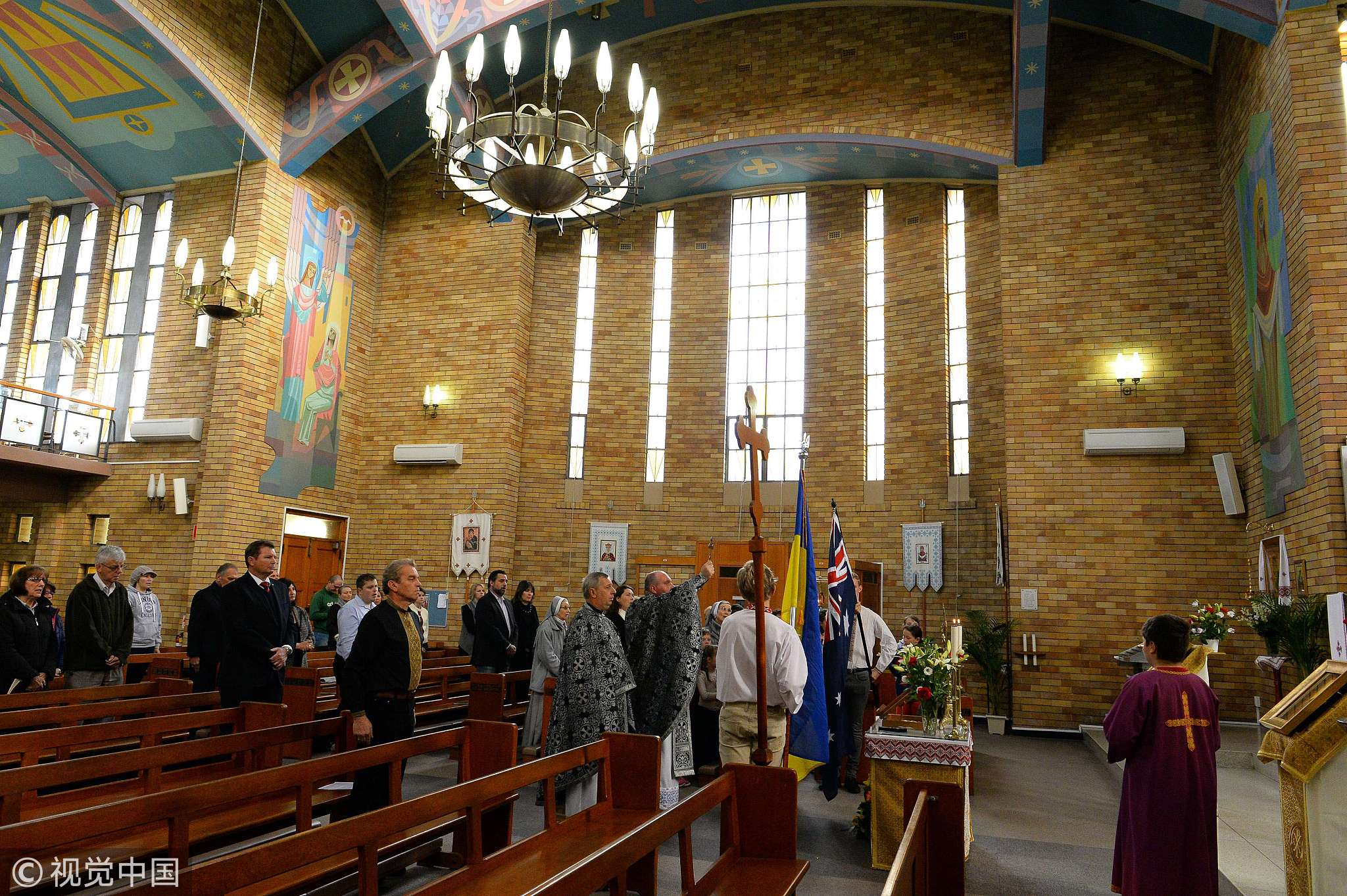 Ukrainian community members living in Australia pray during a special service for those killed in Malaysia Airlines' crash over Ukraine, at the St Andrew's Ukrainian Catholic church in Sydney, July 19, 2014. /VCG Photo

Ukrainian community members living in Australia pray during a special service for those killed in Malaysia Airlines' crash over Ukraine, at the St Andrew's Ukrainian Catholic church in Sydney, July 19, 2014. /VCG Photo

Two of Australia's eight states and territories have since introduced laws making it a crime for priests to withhold information about abuse heard in the confessional, while the others have said they are considering their response.
"This proposed law is ill-conceived, and impracticable, it won't make children safer, and it will most likely undermine religious freedom," said ACBC President Mark Coleridge in Sydney, referring to the sanctity of the confessional.
The seal of confession was "a non-negotiable element of our religious life and embodies an understanding of the believer and God," Coleridge added.
22 percent of Australians are Catholic and the move sets up a rare schism between the church and the government, in a country that adheres to a secular constitution. 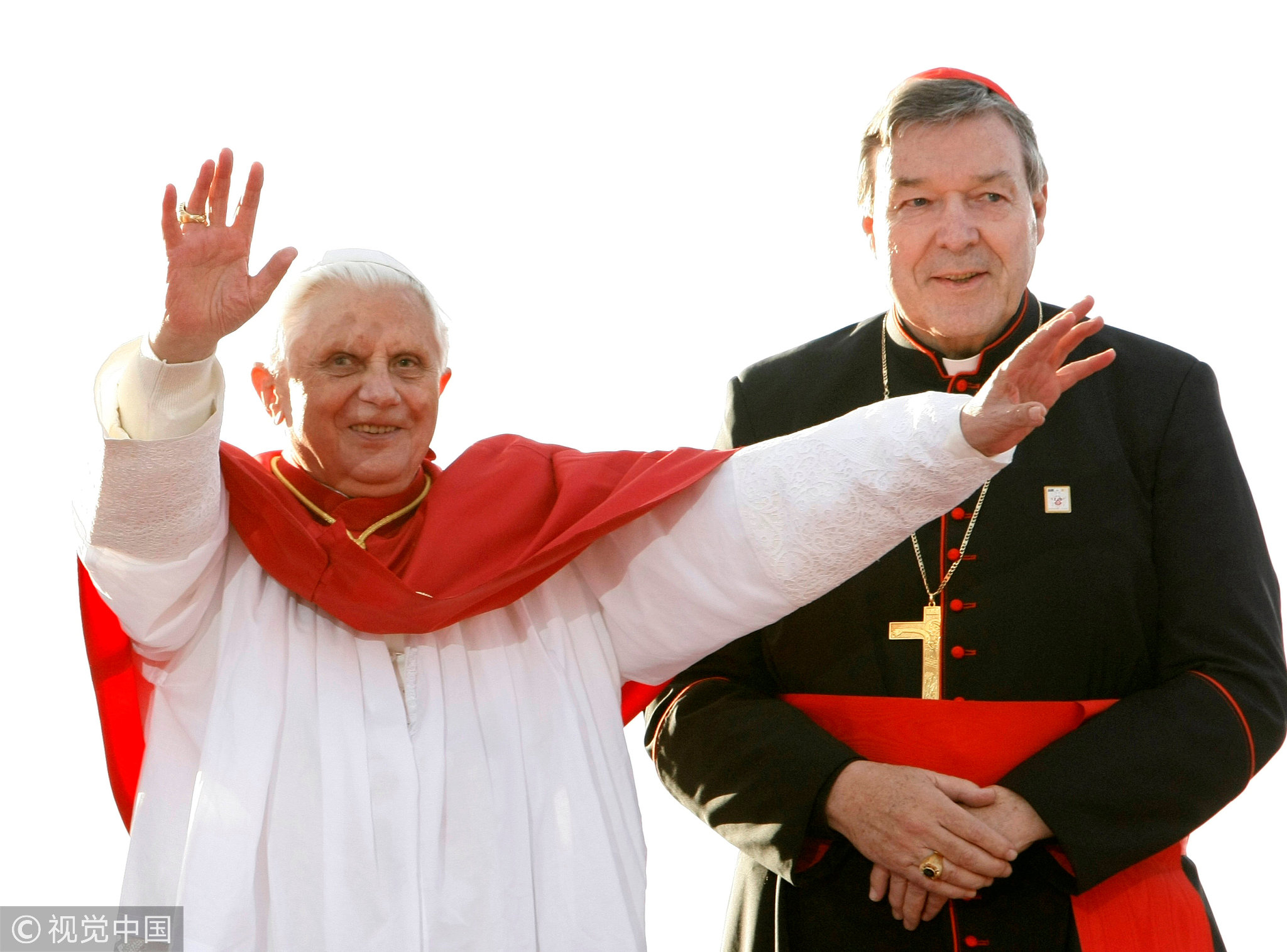 Andrew Singleton, professor of philosophy at Deakin University in the state of Victoria, said the bishops' response reflected a disconnect in Australia between religious and secular sensibilities.
"Their stance is the classic tension between canon law, and their sense that there is some sort of higher, transcendent entity, and common law," Singleton said.
Last year, Australia ended a five-year government inquiry into child sex abuse in churches and other institutions, amid allegations worldwide that churches had protected pedophile priests by moving them from parish to parish.
The inquiry heard seven percent of Catholic priests in Australia between 1950 and 2010 had been accused of child sex crimes and nearly 1,100 people had filed child sexual assault claims against the Anglican Church over 35 years.
Accusations of cover-ups in the church have reverberated all the way to Pope Francis, who has been accused by a United States archbishop of knowing for years about sexual misconduct by an American cardinal and doing nothing about it.
(Cover: Archbishop Mark Coleridge, President of the Australian Catholic Bishops Conference in Australia, speaks as Sister Monica Cavanagh, President of Catholic Religious Australia, listens during a media conference in Sydney, August 31, 2018. /VCG Photo)
Source(s): Reuters