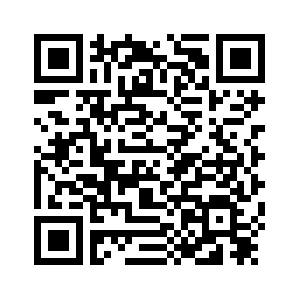 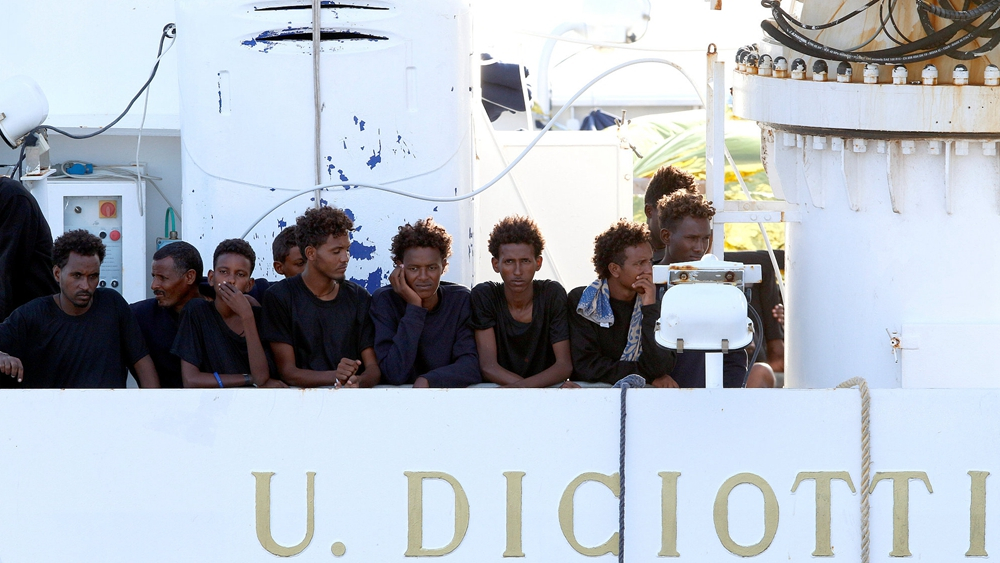 The United Nations refugee agency called Wednesday on the Italian government to allow 177 migrants trapped on a coastguard vessel near the Sicilian port of Catania to disembark "for humanitarian and medical reasons," adding that there were 34 children on board.
The Diciotti vessel rescued the migrants six days ago, but Italy's far-right Interior Minister Matteo Salvini has insisted he will not allow them to land unless other European Union countries commit to taking some of them in.
Aid organizations Save The Children and Medecins Sans Frontieres (MSF) backed the UNHCR's call on Wednesday.
The case has continued to stir controversy in Italy with renowned anti-mafia writer Roberto Saviano -- who has been a trenchant critic of Salvini -- accusing the government of "taking 177 human beings hostage." 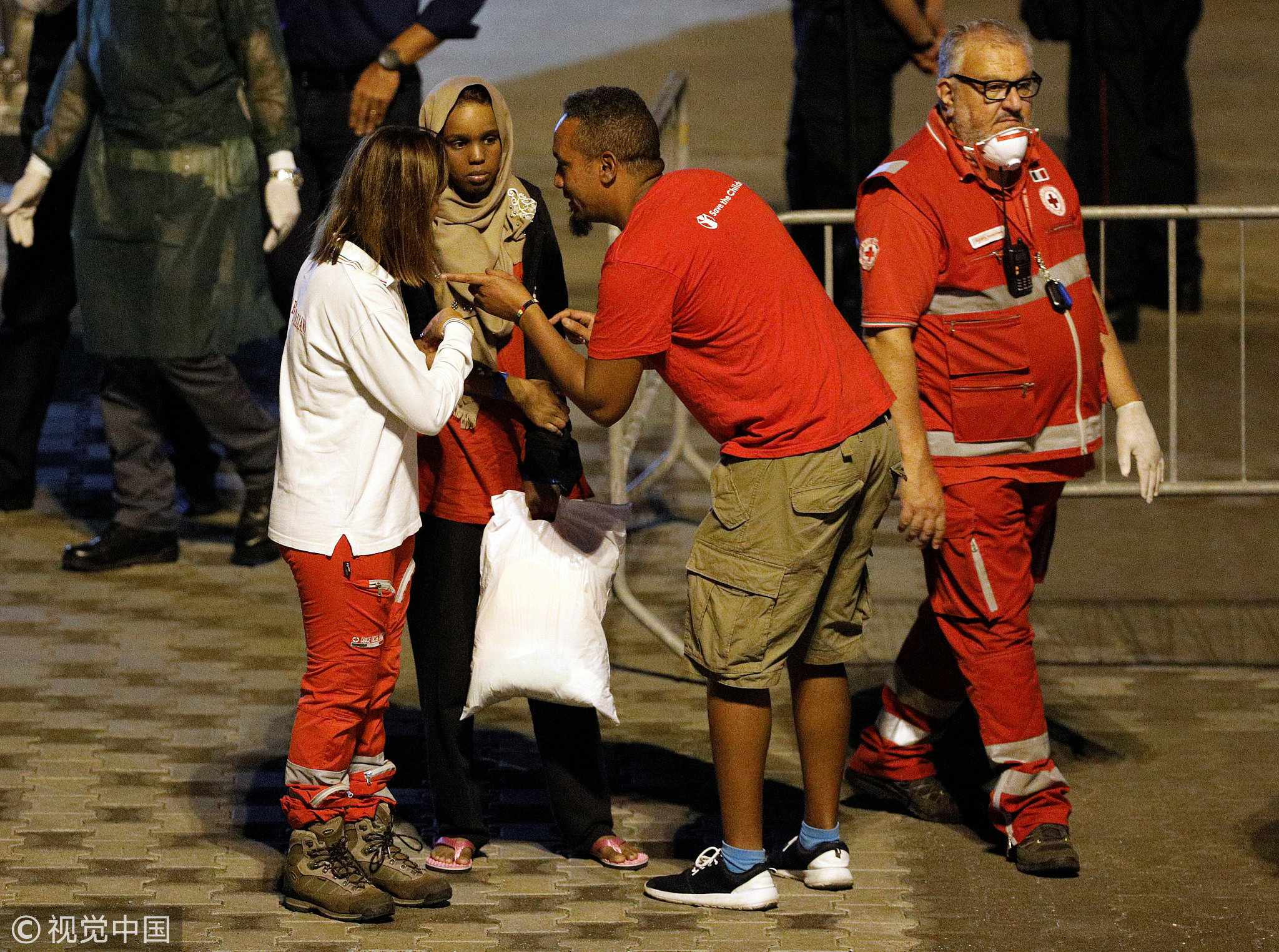 An unaccompanied minor migrant is helped as she disembarks from the Italian coastguard vessel "Diciotti" at the port of Catania, Italy, August 22, 2018. /VCG Photo‍

An unaccompanied minor migrant is helped as she disembarks from the Italian coastguard vessel "Diciotti" at the port of Catania, Italy, August 22, 2018. /VCG Photo‍

Saviano said on Tuesday that the case of the Diciotti "represents a very serious and illegal case of abduction of multiple persons by the state."
Transport Minister Danilo Toninelli, whose ministry controls the coastguard, said he hoped a solution could be found quickly.
"We are waiting for Europe, above all those pro-Europeans such as (French President Emmanuel) Macron and (German Chancellor Angela) Merkel... to come forward," Toninelli told the Euronews channel on Tuesday evening, complaining that previous agreements to relocate migrants rescued by Italy earlier this summer had not yet been fulfilled.
Late Wednesday, Salvini said he had given permission for 29 children on the vessel to disembark, though it was unclear if this was an official request.
"There are 29 children onboard the Diciotti? They can disembark. Now, even if Brussels is sleeping," Salvini said in a Facebook comment. 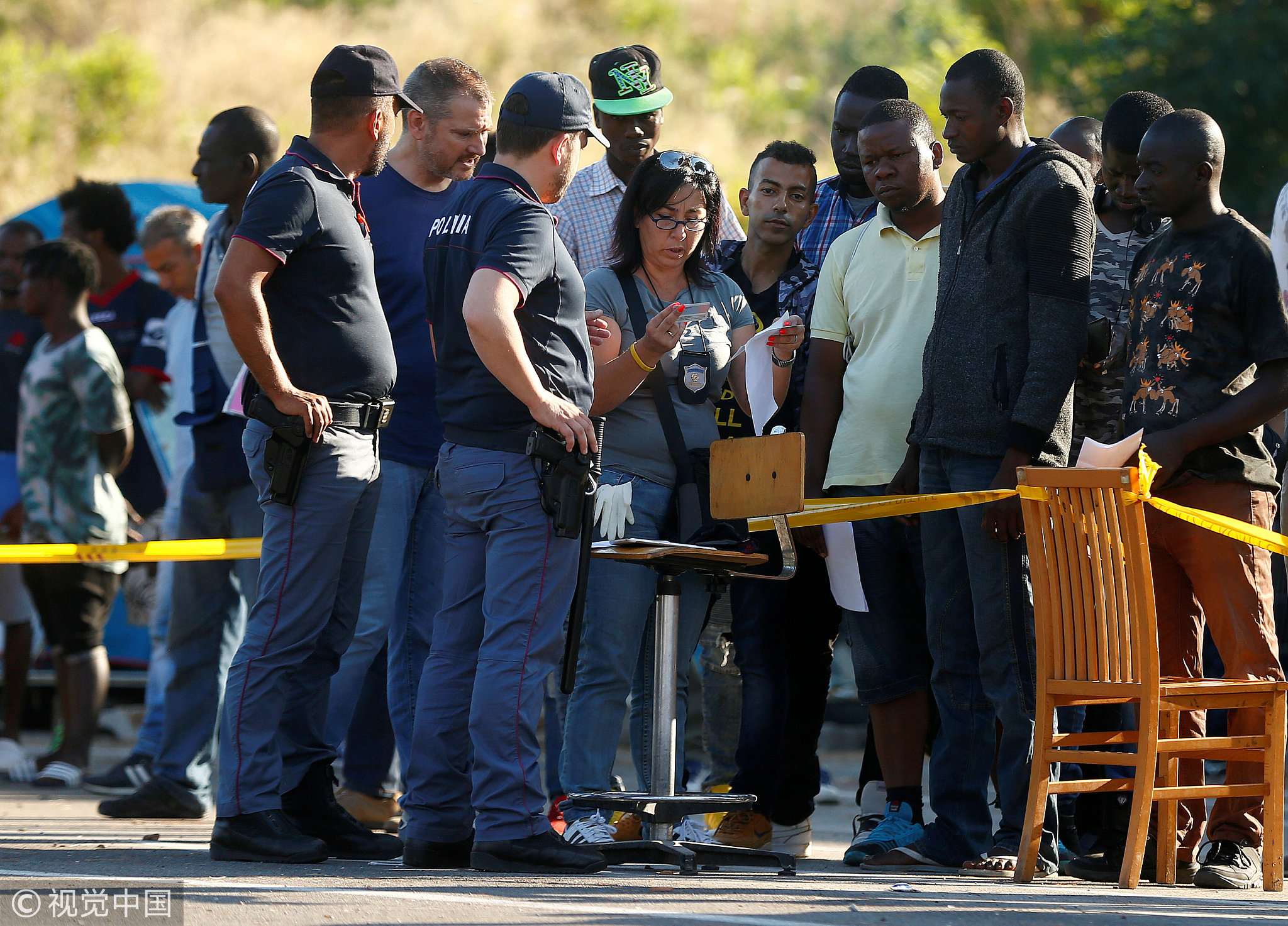 Italian police check the identities of migrants in a camp in Rome, July 12, 2018. /VCG Photo

Italian police check the identities of migrants in a camp in Rome, July 12, 2018. /VCG Photo

He had previously threatened to send the migrants on the Diciotti back to Libya if no European solution is found.
The 177 migrants were spending their seventh night on board the vessel on Wednesday, and their second off Catania.
"They are very well," insisted Toninelli, adding that they were being "given constant medical checks, they are fed and therefore they are in excellent conditions."
However, journalists at the scene said conditions were difficult overnight due to rain and bad weather.
Three prosecutors in Sicily said Wednesday they had opened investigations over the migrants on the vessel, including into possible people smuggling.
Italy's new government, formed by the League and the populist Five Star Movement after elections in March, has set a goal of zero migrant arrivals in Italian ports.
(Cover: Migrants wait to disembark from the Italian coastguard vessel "Diciotti" at the port of Catania, Italy, August 22, 2018. /VCG Photo)
Source(s): AFP