Franco Makiadi, the king of Rumba
By Zheng Songwu 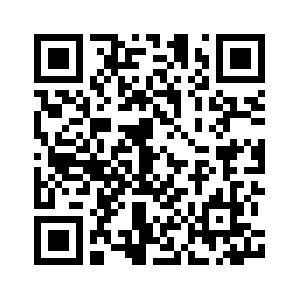 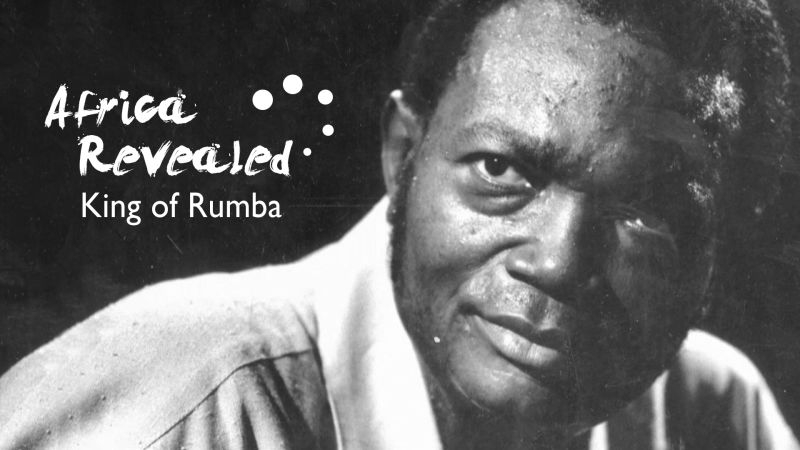 Rumba legend Franco Luambo Makiadi and OK Jazz spent decades as one of the Democratic Republic of Congo's greatest bands. But who was Franco Luambo Makiadi and what legacy did he leave behind?
Franco was born in 1938 in what was then the Belgian Congo and by the time he passed away in 1989, he created over 1,000 songs. He was a charismatic, ambitious, but also a controversial figure in the world of music and politics.
Kinshasa, known as Leopoldville in the 1940s and 1950s, was one of the continent's great centers of musical innovation, and it began to attract musicians from as far away as West Africa. 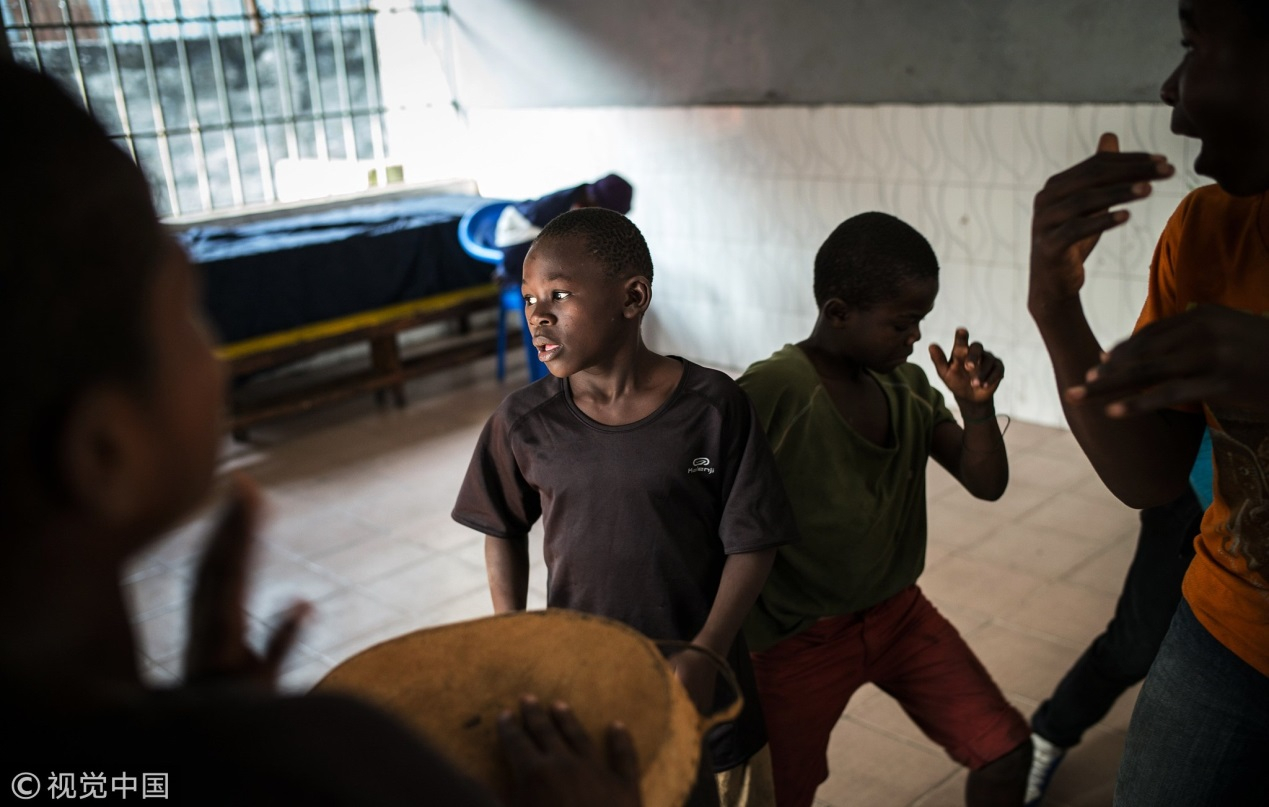 Children play music in Kinshasa, the Democratic Republic of the Congo. /VCG Photo

Children play music in Kinshasa, the Democratic Republic of the Congo. /VCG Photo

Franco arrived in Leopoldville at a young age and his musical beginning was inspired by a guitarist called Paul Ebengo Dewayon. Instead of formal training, he would take Dewayon's guitar and play with it himself. Only later did he become a good guitarist, and he did so just by watching others play.
When he was only 18-years-old, Franco formed "OK Jazz" with other young musicians. The band was named after the owner of the bar where they played.
Although the band was called "OK Jazz," their specialty was not jazz, but a style of rumba music, inspired by Cuban and Latin American rhythms.
Simaro Massiya Lutumba, a composer, musician and the band's former second in command, believes that the Latin influence inspired new and innovative styles. "In OK Jazz was a moment when we heard cha cha cha... we invented a musical language that did not exist before," he said. 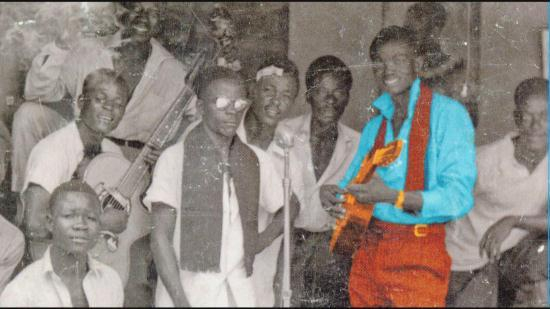 The young Franco (in color) poses alongside his friends and fellow musicians. They were to become Congo's most famous band: OK Jazz. /Photo from CCTV.com

The young Franco (in color) poses alongside his friends and fellow musicians. They were to become Congo's most famous band: OK Jazz. /Photo from CCTV.com

As OK Jazz rose to fame, the country underwent sweeping changes. In the 1960s, the prime minister of the new independent Belgian Congo was brutally assassinated. The army's chief of staff, Joseph Mobutu, took control of the country and renamed it Zaire.
Despite the political upheaval of the early 1960s, this post-independence period was a golden age for music.
Franco was the first black non-politician to live in Kinshasa in the 1960s. When he arrived, all the Africans who worked in the city were proud of him. 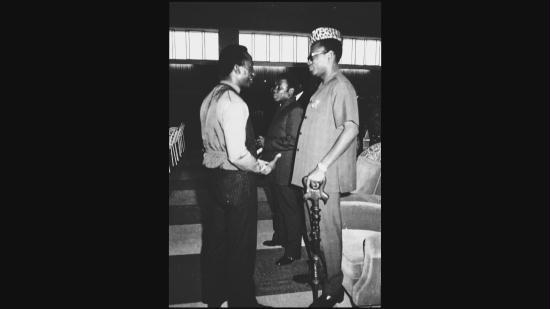 Franco agreed to a political pact with the second president of Congo Mobutu Sese Seko and wrote songs supporting his political campaigns. /Photo from CCTV.com

Franco agreed to a political pact with the second president of Congo Mobutu Sese Seko and wrote songs supporting his political campaigns. /Photo from CCTV.com

Mobutu's regime was well aware of the propaganda value of music and also of Franco's enormous popularity with the ordinary Congolese. A few years into his reign, Mobutu introduced a policy of 'authenticity,' which was designed to celebrate indigenous culture and music.
Over the next few years, Franco and OK Jazz went from strength to strength. Franco became a celebrity across the entire African continent.
Within Zaire, it was the lyrics, as well as the music, of OK Jazz which touched so many people.
"When I listen to Franco's work, I feel that he was a painter of society. He had no limit in his choice of subjects," said Dr. Manda Tchebwa of the Ministry of Culture and Arts. 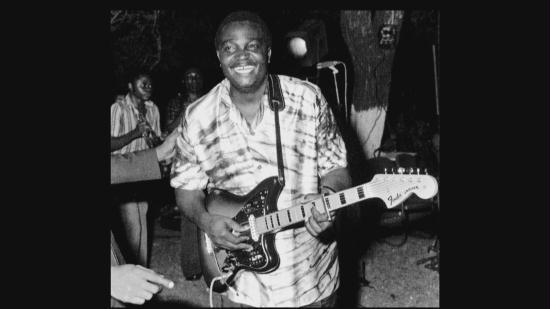 Franco was sometimes called the "Sorcerer of the Guitar" because of his mastery of the instrument. /Photo from CCTV.com

Franco was sometimes called the "Sorcerer of the Guitar" because of his mastery of the instrument. /Photo from CCTV.com

Franco's first wife, Pauline Mboyo said that even personal feuds could sometimes be settled through song. "In our time if somebody annoyed him, or said something bad about him, he would not fight back. Instead, he would reply by composing a song."
Franco wrote several songs with lyrics that commented on or criticized the society around him.
One of Franco's favorite topics was women, but his approach was often highly critical. Some believe this was because he had his heart broken at a young age.
According to Raoul Yema, the author of "Franco, the Great Master", when the young lady Franco wanted to have a family with broke up with him, he became harsh towards women.
In his personal life, Franco fathered a number of children with his first wife, Pauline, before leaving her for one of his dancers, Annie. 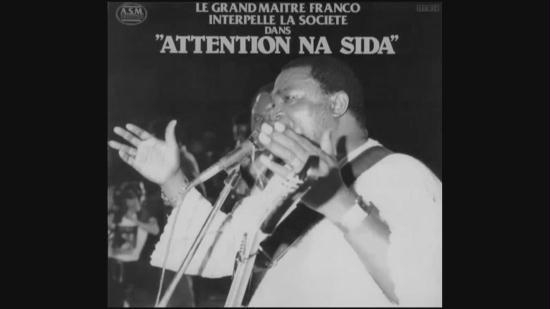 Franco's 1987 song "Attention na SIDA" ("Beware of AIDS") prompted speculation that he was himself afflicted by the disease. /Photo from CCTV.com

Franco's 1987 song "Attention na SIDA" ("Beware of AIDS") prompted speculation that he was himself afflicted by the disease. /Photo from CCTV.com

Franco had rivals and competitors, but despite OK Jazz facing constant competition, Franco succeeded in forging a legacy as the king of rumba for almost four decades.
In 1987, Franco released the song 'Beware of AIDS' and shortly after, fell seriously ill. Franco described his illness as feeling as if "mechanics are banging the whole night in his stomach".
Although many people believed that Franco had AIDS, he himself denied it.
On Oct. 12, 1989, the musical legend from Congo, who had captured the stage for decades, took his last breath. Thousands of mourners gathered in Kinshasa for the funeral and Mobutu declared five days of national mourning.