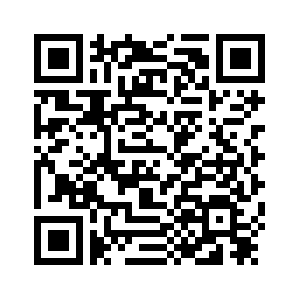 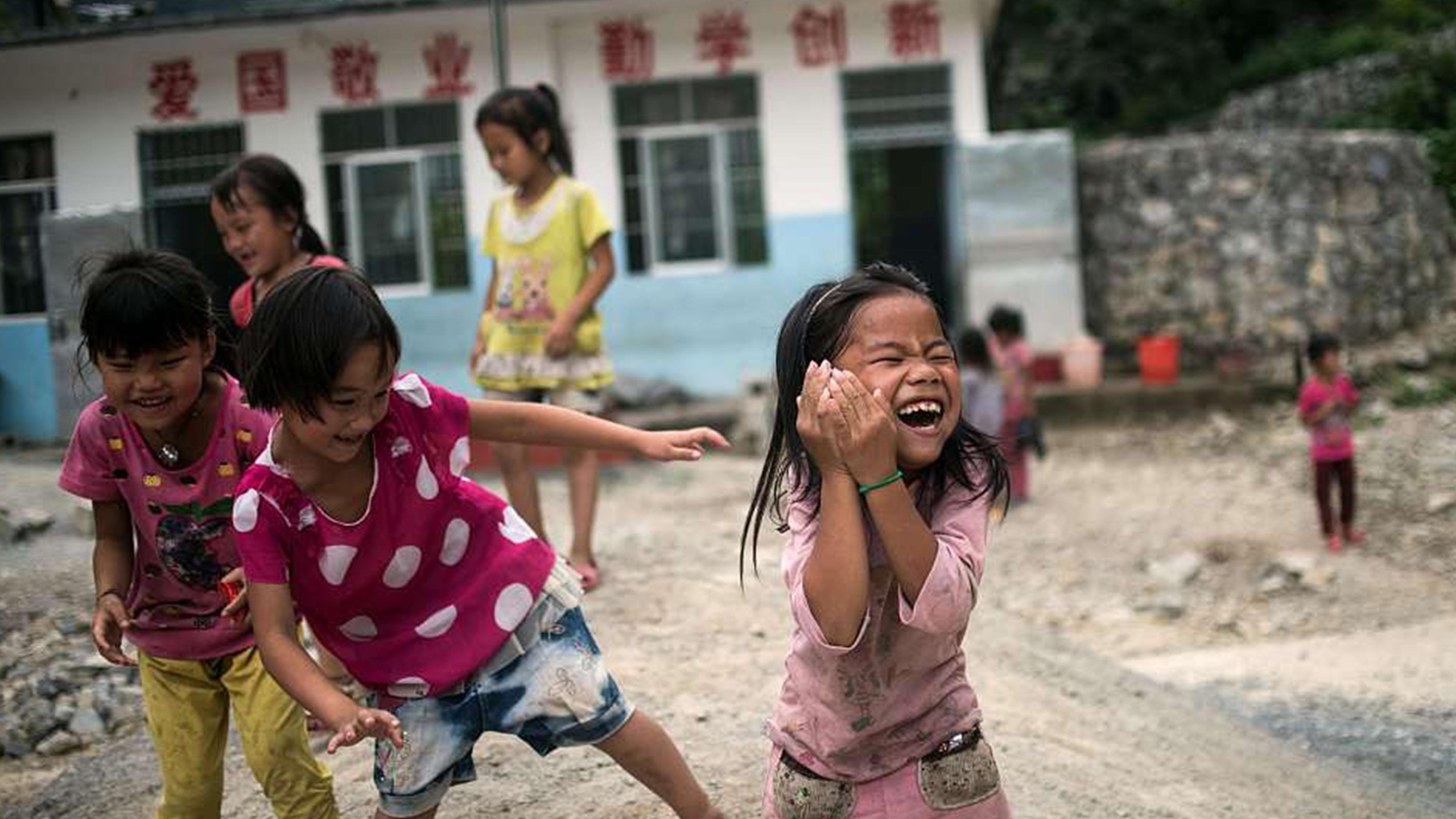 It's the season of China's Two Sessions. The issue of left-behind children is, once again, high on the agenda of China's top legislature and political advisory body. The crusade to create a better life for the offspring of the massive migrant labor force has reduced the number of such children by 22.7 percent over the past three years, but the plight remains grim.
Some 40 percent of left-behind children don't get a chance to see their parents more than twice a year, while those left in rural backwaters are more likely to take risks and even commit crimes compared with their urban counterparts. Some even dub them "China's Lost Generation."
A spectrum of problems highlighting the predicament of left-behind children have prompted NPC deputies and CPPCC members to come up with motions and proposals to address the issue, including the building of electronic libraries in impoverished rural areas, creating jobs for rural laborers in the countryside, and setting up village-level mental health interference centers.
The conundrum of left-behind children has come as a result of the prosperity paradox, exacerbating the contradictions in China's development path. What are the costs of having so many children left behind in rural China without parental care or decent education? CGTN reporter Wang Xiaonan talked to Ron Pouwels (Pouwels), Chief of Child Protection at UNICEF China, about this topic.
Below is an edited version of the conversation. 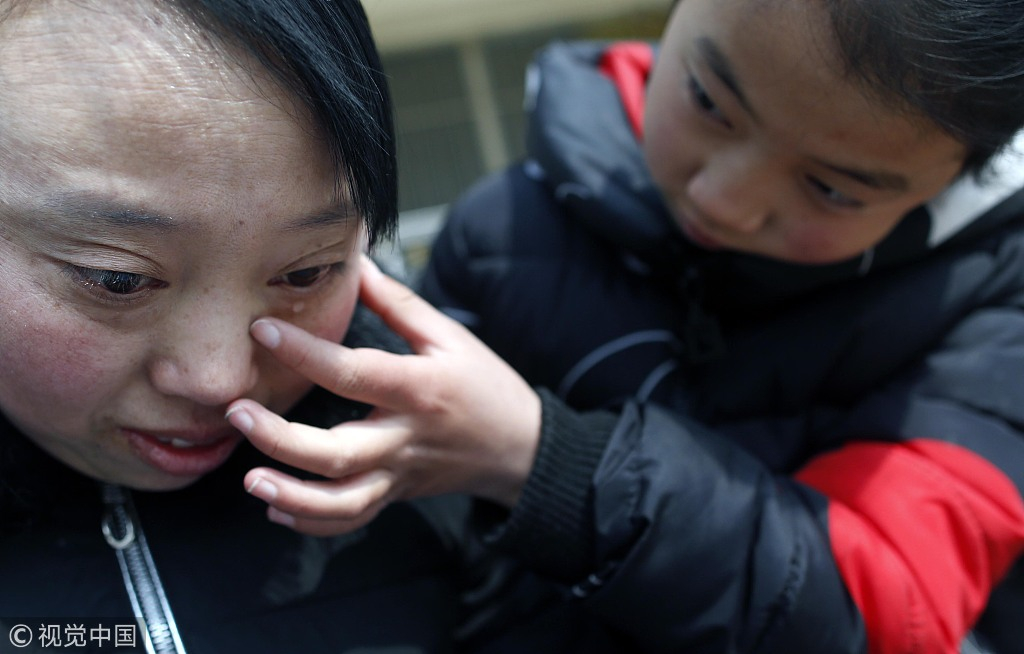 Wang Yihua, a left-behind boy in Xuexi County in east China's Anhui Province, told his mother who is about to leave for another city to work that he will take care of his grandfather, February 9, 2017. /VCG Photo

Wang Yihua, a left-behind boy in Xuexi County in east China's Anhui Province, told his mother who is about to leave for another city to work that he will take care of his grandfather, February 9, 2017. /VCG Photo

CGTN: What has contributed to the considerable number of left-behind children in China?
Pouwels: With the opening up of the country and economic reform, we saw enormous economic growth and significant migration of people to the cities. We see the cities growing from 21 percent of the population living in cities in the early ‘80s to 56 percent by 2015. And of course, with the migration, and a migrant population reaching about 244 million people in China, you have people who migrate with their children, or you have people who have to make the difficult decision of leaving their children behind in the rural areas. There are close to 69 million children who have been left behind, out of a total of 103 million children affected by migration.
Migrant workers make this hard decision mainly because of the "hukou" system. If they take their children along to the cities, the children won't have access to public services. They can't go to public schools or public hospitals. Moreover, there is a tradition to leave the children in the care of grandparents. Then there is the reason that the working and living conditions in cities are not often that great. If they're working in construction, they live on construction sites. They work very long hours to make as much money as possible to send home or to be able to give a good education to their children. To take the children means to have less flexibility when they are in the city and a higher cost of living. 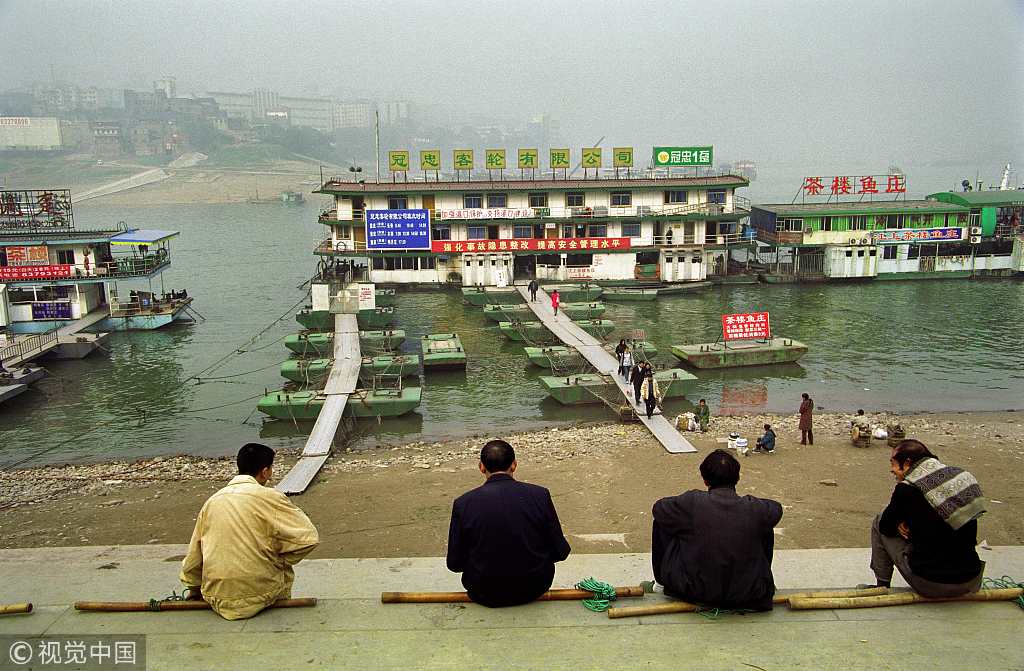 Migrant workers working on the Three Gorges Dam project on the Yangzi River sit on the river bank. /VCG Photo

Migrant workers working on the Three Gorges Dam project on the Yangzi River sit on the river bank. /VCG Photo

CGTN: Are there similar phenomena in other countries?
Pouwels: It's not a special Chinese phenomenon. We see it in the Southeast Asia region in countries like the Philippines and Thailand where parents have migrated as well. In Thailand, it has mainly been internal migration while in the Philippines it's often migration to other countries. We know that in Mexico children have been left behind by parents who have migrated.
When labor is in high demand in cities, you have adults moving to those cities to take advantage of the labor opportunities. But they've never reached the scale of China. What makes China special is just the scale of it because we are talking about 103 million children who have been affected.
CGTN: What's the cost of having so many children living without parental care and proper education?
Pouwels: They have a higher risk of anxiety, depression, not being happy or satisfied with life. They have a higher risk, particularly if they are living without any caregivers or not living with both parents, of being abused, being exploited by others. We also know that some children are not performing well in school as a result of their parents having migrated.
So the migration definitely affects their emotional well-being, and that could then have an effect on their educational performance, their later life, and what they can become. 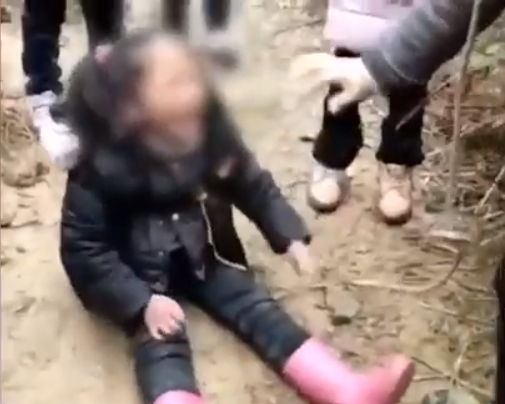 A YouTube screenshot of the Paikew video showing a pair of sisters in Guizhou crying on the ground as their mother returns to work in another city.

A YouTube screenshot of the Paikew video showing a pair of sisters in Guizhou crying on the ground as their mother returns to work in another city.

CGTN: Last month a video showing a pair of sisters in southwest China's Guizhou crying on the ground as their mother returns to work in another city after the Spring Festival holiday went viral online. The clip on Paikew moved many to tears. However, the incident was then alleged to have been staged by the videographer, who has denied faking it. Weeks have passed but we remain in the dark. That's not the first case when people only give "passionate attention" to the plight of left-behind kids. Why does civil society "care" about such a plight but then doesn't work intently on solving the problem?
Pouwels: The challenge is that it's such a huge number. People feel overwhelmed by it, and then when there is one incident that happens, there's of course an emotional reaction to that incident and people want to help. But of course, it's an enormous issue. As I said, there are close to 69 million children who have been left behind by one or both parents. Now the good news is that we saw an immediate reaction from the government after one of these cases that you are probably familiar with in 2015 in Bijie, where four children died who had been left behind by their parents.
CGTN: What has been done to protect left-behind children? What are the impacts?
Pouwels: The State Council issued opinions on children left behind in rural areas in early 2016, and it has made a difference. The Ministry of Civil Affairs has taken a lead role in that, coordinating with other ministries to provide support to children who have been left behind with a focus first on the most vulnerable children. So looking at children who've been left behind by both parents, and trying to reach those families and making sure there are proper care arrangements in place.
Raising awareness among families that before they leave, there are good arrangements in place; and also promoting with local governments the creation of jobs closer to where the family home is so that parents don't necessarily have to migrate or at least can be home during the weekends; and identifying children who have dropped out of school and making sure they actually return to school. 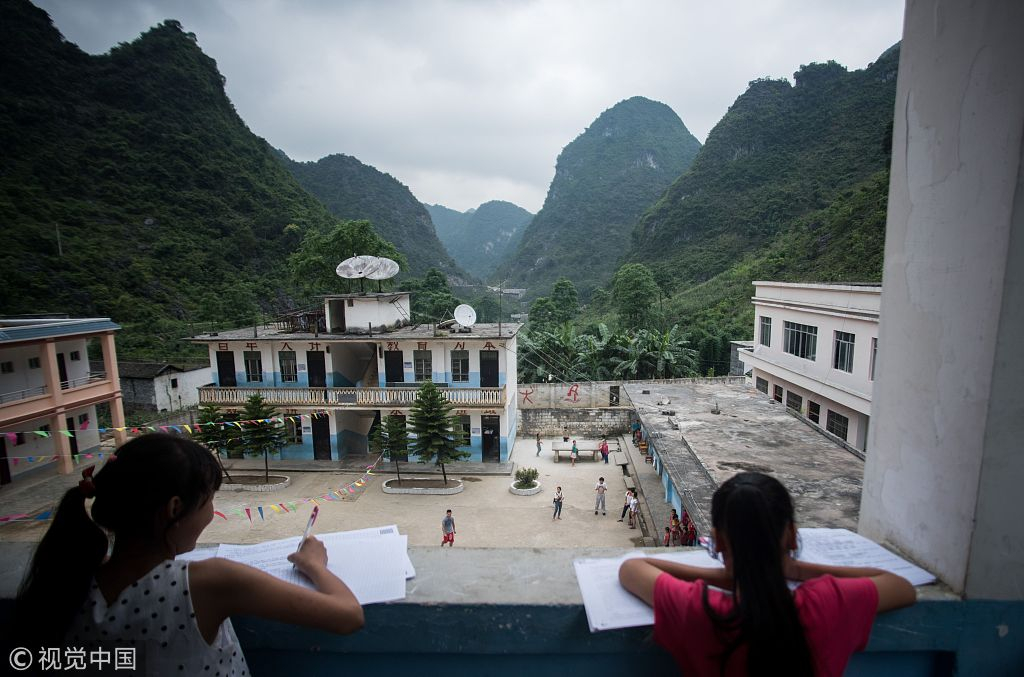 That is clearly having an impact on children and ensuring that particularly the most vulnerable of those children left behind are being reached by those services.
We've seen some progress and the ministry has published data in terms of how many children were actually living without a hukou or how many had dropped out of school or living on their own. And they have done a subsequent survey to find out how much progress they've made. They've managed to reach tens of thousands of children into getting them back to school and getting them a hukou registration and ensuring that they have a proper care arrangement.
Of course, more needs to be done. It's a start. One of the key measures is to ensure that there will be the continuous reform of the hukou system that eventually no matter where you live, how old you are as a child, that you have access to public services in the cities. In our view, children should be able to access services no matter where they are.
(Videographer: Zheng Lei; Video editors: Lv Jiarong, Wang Yulian)