Opinion: Why the second referendum should be ruled out
Zhu Zheng 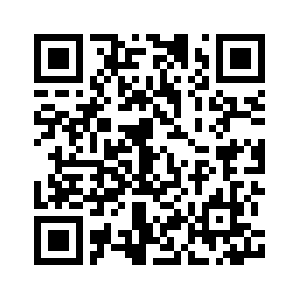 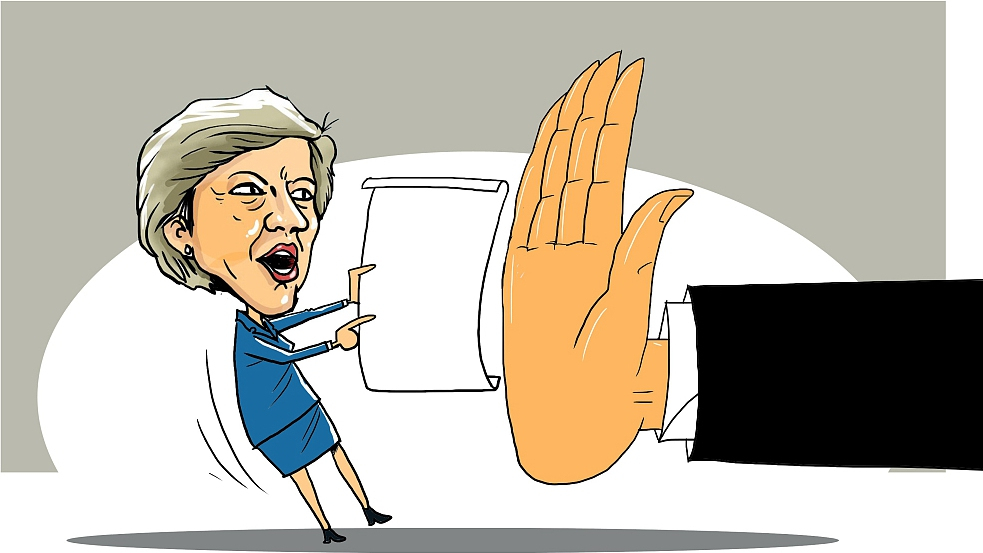 Editor's note: Zhu Zheng is an assistant professor at the Law School, China University of Political Science and Law. The article reflects the expert's views, and not necessarily those of CGTN.
Caught up in the maelstrom of daily – and even hourly Brexit headlines, it is difficult to remember political commitments made in last week, let alone those of last month or last year. Especially during moments like this, when the direction the ghost ship Brexit is heading off is at anyone's guess.
Perhaps for this reason, Theresa May is set to explain on Monday how she plans to proceed, and she is seeking a bilateral treaty with the Irish government as a way to remove the border backstop issue in the hope of getting her deal passed.
Meanwhile, it is said that a group of Members of Parliament (MPs) met on Sunday, attempting to change House of Commons timetabling rules, paving the way for the bill extending article 50 in the absence of a deal to pass – the MPs are wrestling control away from May's government. 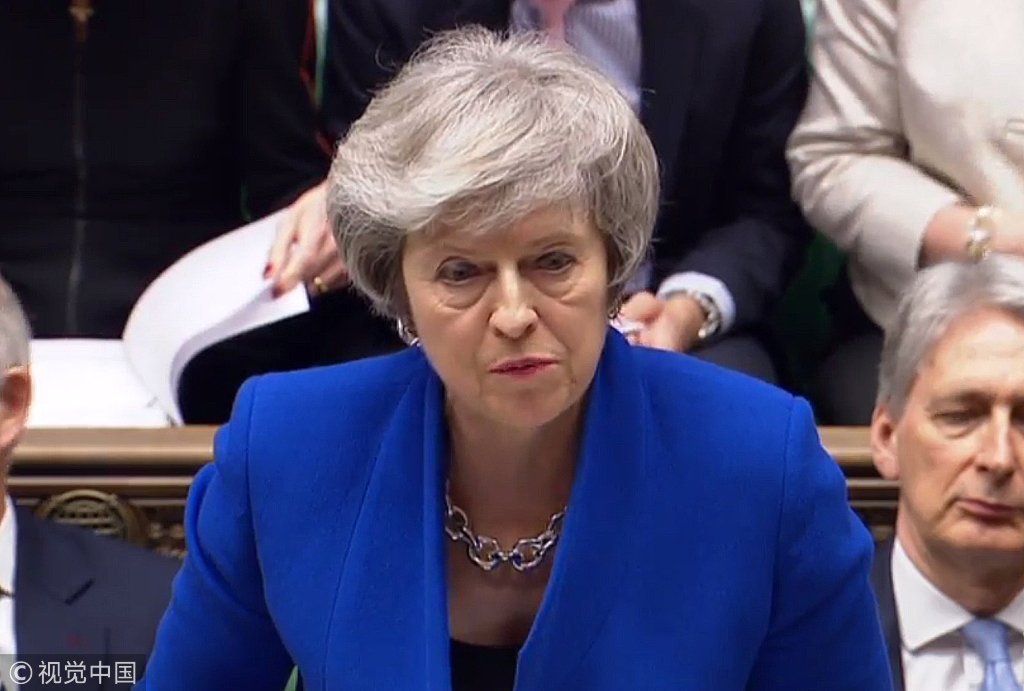 On the surface, it seems that Brexit is increasingly turned out to be a showdown between the government and Parliament, with the deal that the Prime Minister spent nearly two years hammering out thrown out by Parliament, and some MPs seeking to remove the government's power to plow obdurately on.
In essence, however, the route reflects some deep oddities between parliamentary democracy as a form of indirect democracy and referendum as a form of direct democracy.
While Thomas Smith, Queen Elizabeth I's secretary of state, said in 1583 that “the consent of Parliament is taken to be every man's consent,” the politicians in modern times more often than not bow to the pressure of the people, and put direct democracy above representative democracy.
This is manifested in positions taken by two PMs: David Cameron vowed to hold a referendum because of the commitment contained in the Conservative Party manifesto for the 2015 General Election, and Theresa May bound to give effect to the outcome of the 2016 referendum because it had expressed the so-called “the will of the people.”
Nevertheless, as some legal scholars pointed out, there are two inherent drawbacks of the very idea of referendum democracy. One is that referendum, by definition, lends themselves to manipulation by the elites who organize the vote, and a second is that referendums have an in-built tendency merely to aggravate pre-formed opinions rather than to foster meaningful deliberation.
In other words, regarding the deliberative credentials, a well-constructed representative debate in Parliament trumps direct votes, which used to be called by Aristotle as “a tyranny of the majority.” 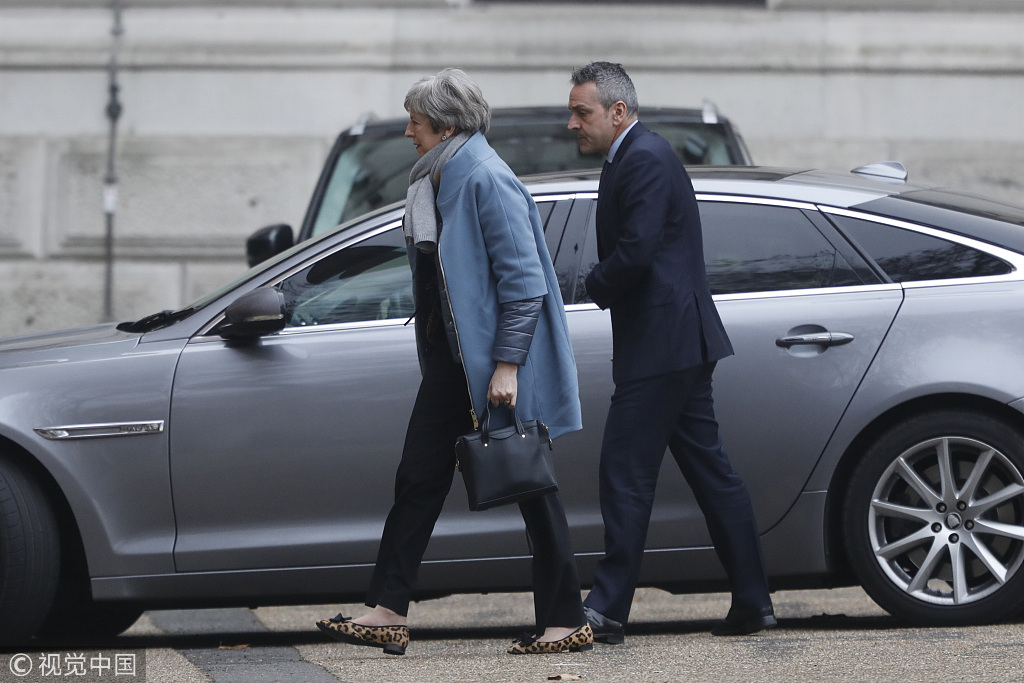 Of course, this is not to say that “the voice of the people” is tantamount to “the noise of the crowd,” which is “always close to madness,” but on the matter of Brexit, which calls for a full delineation and an extensive debate, indirect democracy is a better choice.
On this basis, Brexit should not have been put to the people by David Cameron in the first place, and even worse, May, without consulting the defeated side, should not have pursued a hard-line Brexit, nor should she have doubled down and carried on with her final deal and frustrated Parliament's vote. The prime minister's call to work with the opposition after last week's crushing defeat comes two years too late.
Thus, today's paralysis stems from Britain's inability to reconcile the tradition of representative democracy with its more recent experiments in the direct sort.
By any rate, the 2016 referendum as a rarer dash of direct democracy put the government and Parliament in an awkward position where ignoring the referendum result would be to subvert the will of the people, yet carrying it through is a permanent catastrophe. 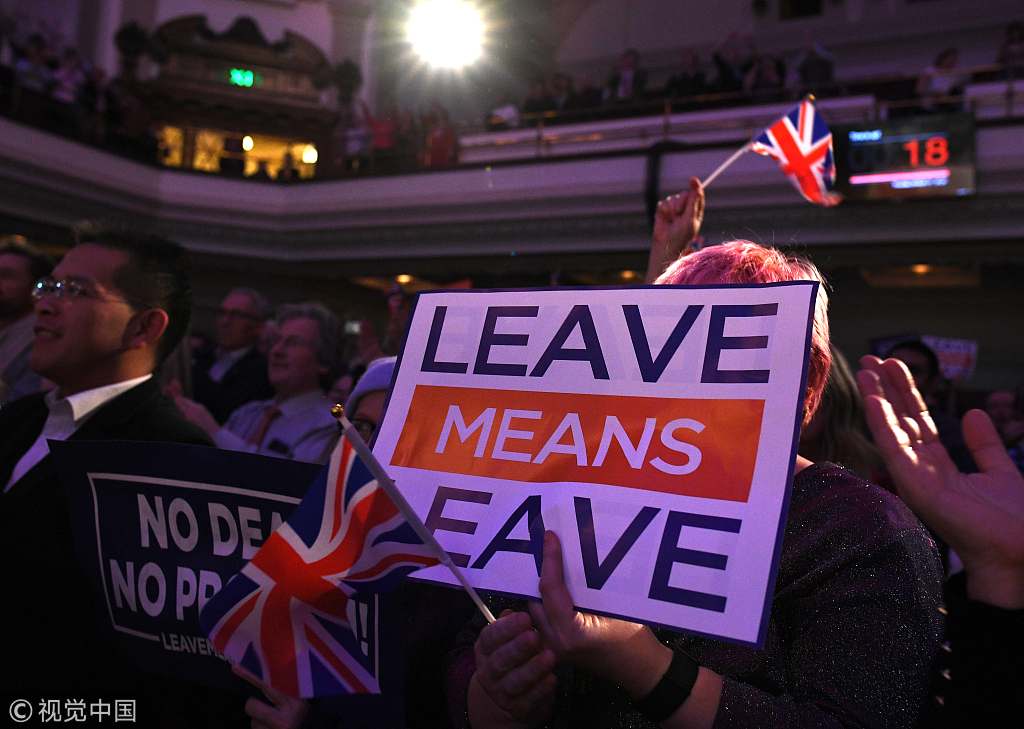 Therefore, with Brussels not willing to budge an inch, and the time running out, a second referendum is a clear mistake for the following three reasons.
First, although it is believed that voters who were swept off their feet by the promises of the Leave campaign think the present arrangement is what they had imagined, it is far from clear what the result of another referendum would be.
Secondly, if the result is to call off Brexit, a second referendum would cause constant anger and undermine the legitimacy of the first one.
And most importantly, there is no time for another referendum – the country will fall further behind schedule because of the uncertain result.
Alternatively, Parliament should gain more control over the Brexit process, perhaps by providing a revamped version of May's deal and getting it passed. After all, according to the British constitutional tradition, Parliament has absolute sovereignty and supremacy over other government institutions, and MPs, as Edmund Burke once stressed, are not the people's delegates, but representatives.
Yes, as the danger of crashing out of the EU with no deal is looming larger, a second referendum is a disastrous mistake. Parliamentarians should make their own judgments, even if that means defying “the will of the people.”
(If you want to contribute and have specific expertise, please contact us at opinions@cgtn.com.)