Life on Plateau: Paper that lasts a thousand years
By Xing Fangyu 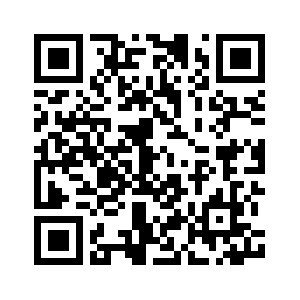 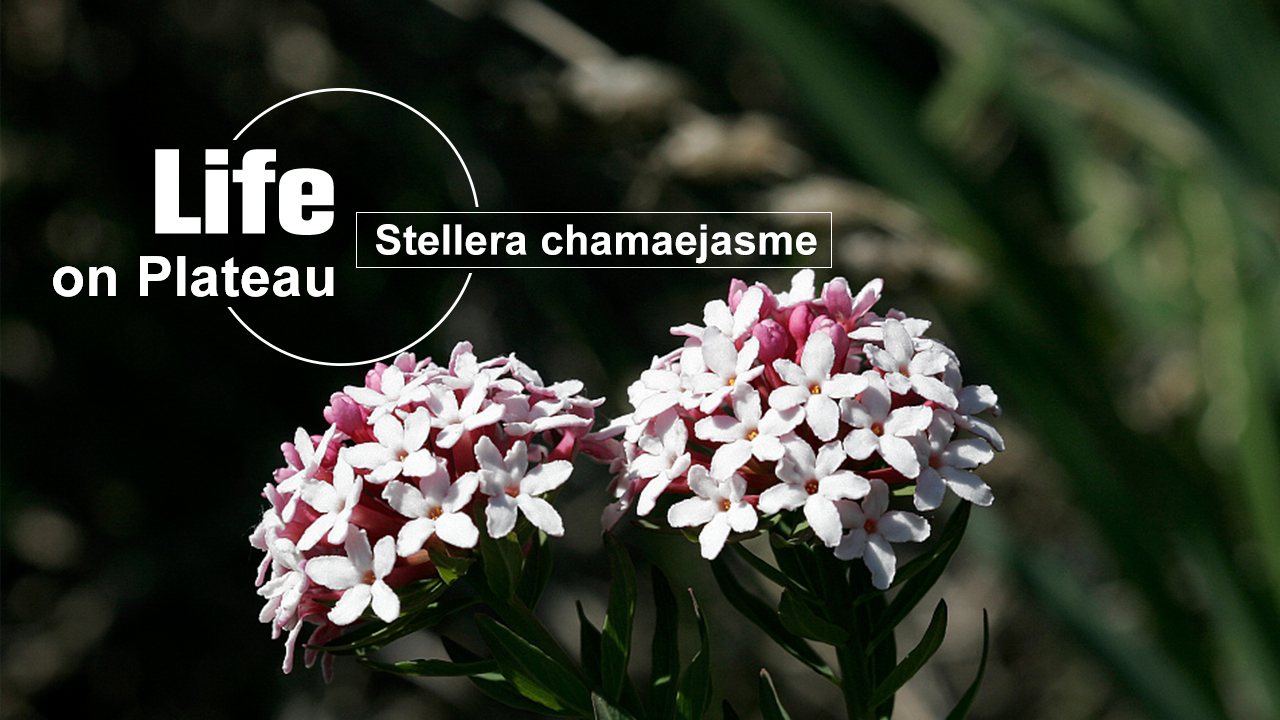 On the highland of the Tibetan Plateau, a lush blanket of red-and-white flowers is spread across dry slopes and sandy patches some 2600-4200 meters above sea level. This is stellera chamaejasme, a poisonous beauty that not even animals dare to touch.
Stellera chamaejasme is a herbaceous perennial and belongs to the Thymelaeaceae family. It is widely seen in mountainous regions of central and south Asia.
The plant species found in China's Tibet and northern regions mostly have white flowers adored with red buds, but some rare ones also have pink and yellow blossom. 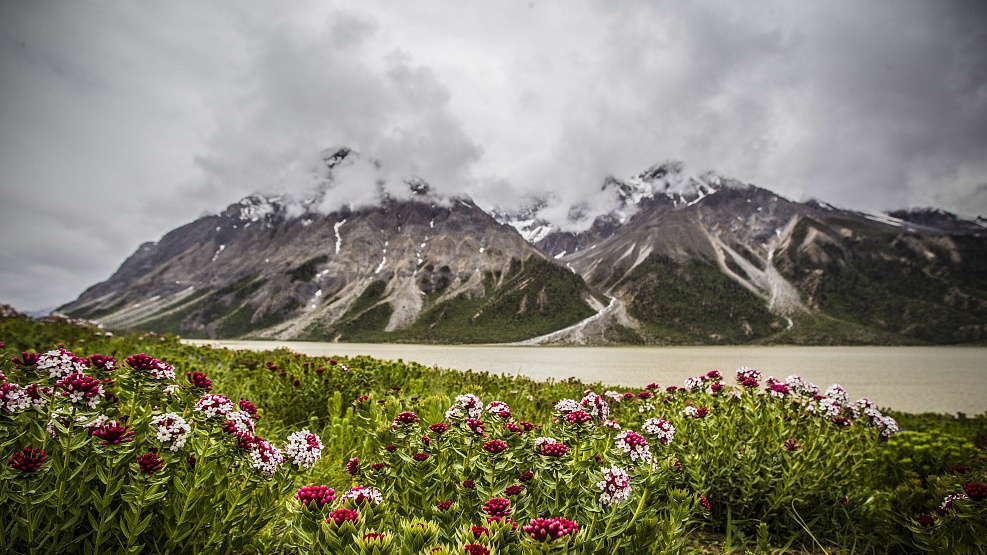 Stellera chamaejasme is blooming along the shores of a lake in southwest China's Tibet Autonomous Region. /VCG Photo

Stellera chamaejasme is blooming along the shores of a lake in southwest China's Tibet Autonomous Region. /VCG Photo

The flowers, grouped into rounded tightly packed terminal heads, look eagerly attractive. But even the most innocent of insects and animals would not like to take a bite of this unpalatable poisonous plant.
However, smart Tibetans are very well aware of the hidden worth of this plant.

Back in the seventh century during the Tang Dynasty, Princess Wencheng was promised to Tibet's King Songtsen Gampo for marriage.
Along with her, the culture and technology of the Han people also moved to Tibet. And one of those technologies was papermaking.
But there was one problem, papers from the Tang region was too soft for Tibet's hard tip wooden pen. Therefore, in order to make more suitable paper, Tibetans discovered stellera chamaejasme's roots as the best raw material. 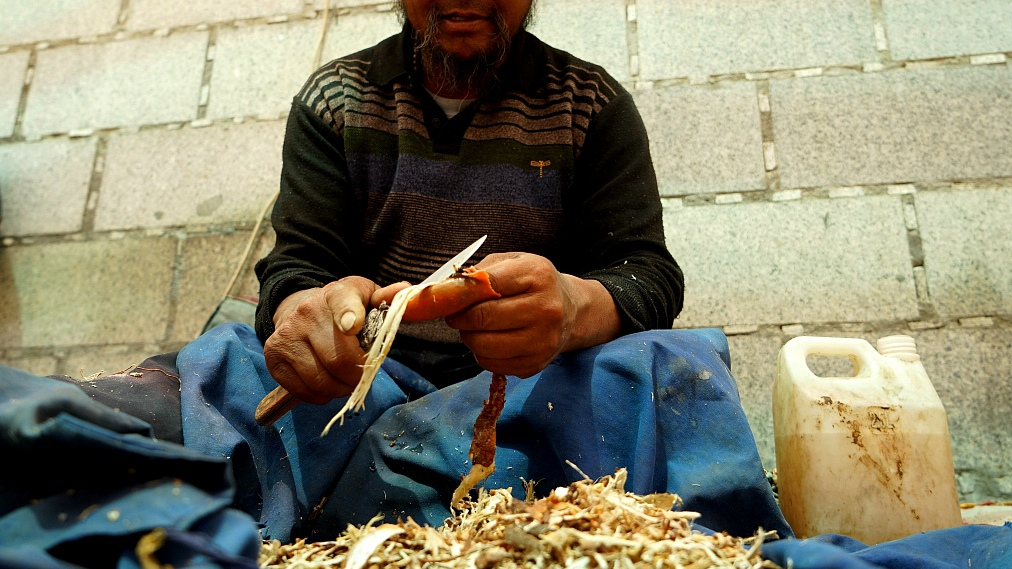 A Tibetan craftsman is peeling the roots of stellera chamaejasme for making paper. /VCG Photo

A Tibetan craftsman is peeling the roots of stellera chamaejasme for making paper. /VCG Photo

The root has three layers, a layer of dark brown skin outside, a yellow wooden core at the center. And the white layer between them is the main material for making Tibetan paper. After peeling, boiling, rinsing, pestling and airing, the Tibetan paper made by stellera roots is thicker and stronger.
Book made by Tibetan paper has a long shelf life. Tibetan paper is antiseptic, mothproof and moistureproof. Many Buddhist lections are printed on this paper. 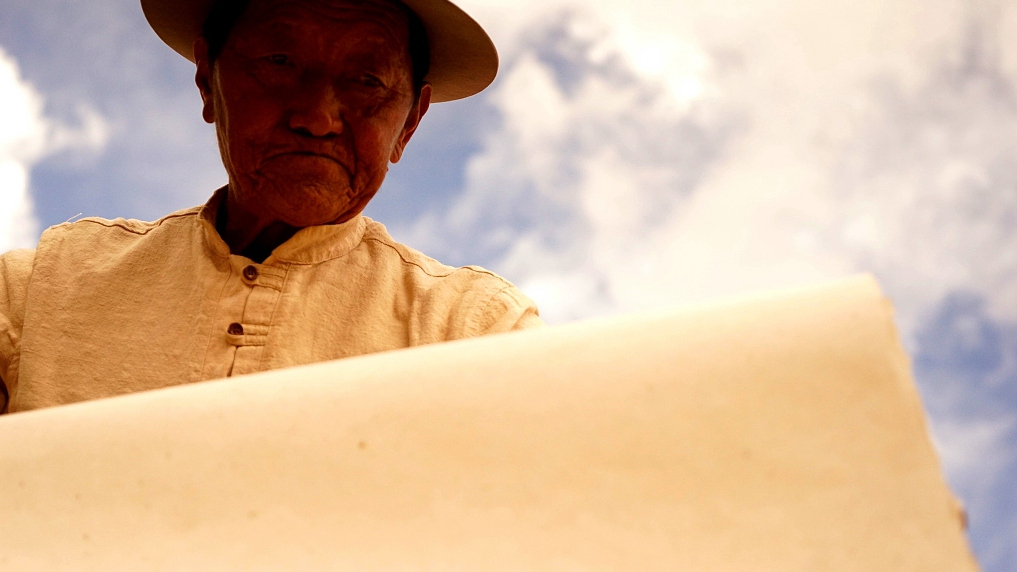 Despite the fact that stellera chamaejasme is a poisonous beauty, it is widely used in traditional Chinese medicine to treat tumors, tuberculosis and psoriasis. A study published in Nature magazine also found out that some constituents in stellera chamaejasme can induce cutaneous wound healing and anti-inflammatory activities. 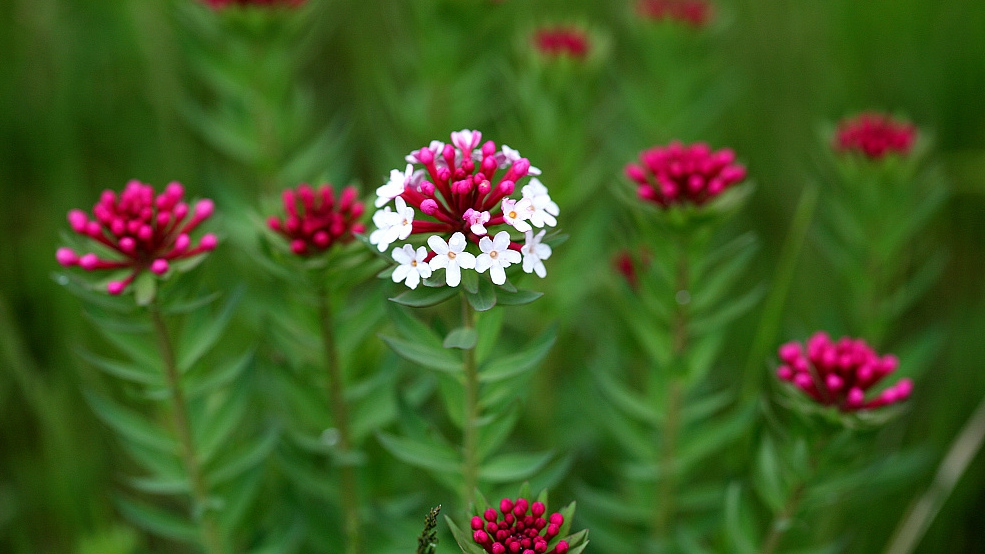 This red-and-white flower is considered as a warning light for grassland desertification or overgrazing. The roots of the plant are very long and strong, allowing it to absorb more water. And this ability makes the poisonous beauty more competitive on the plateau's cold and dry climate. If the number of other plants decreases, the stellera chamaejasme will take this opportunity to invade the grassland. 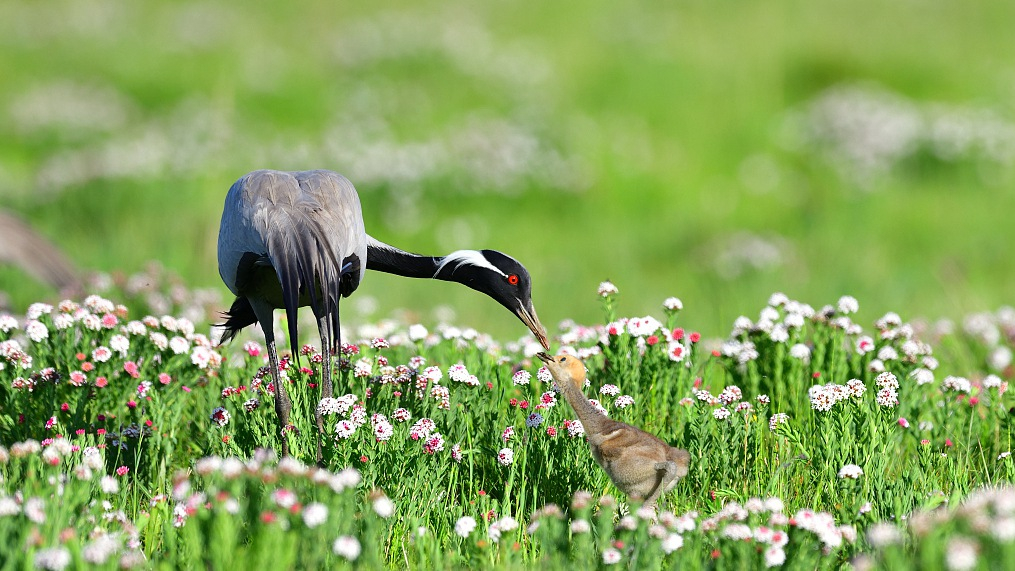