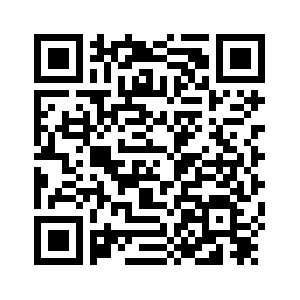 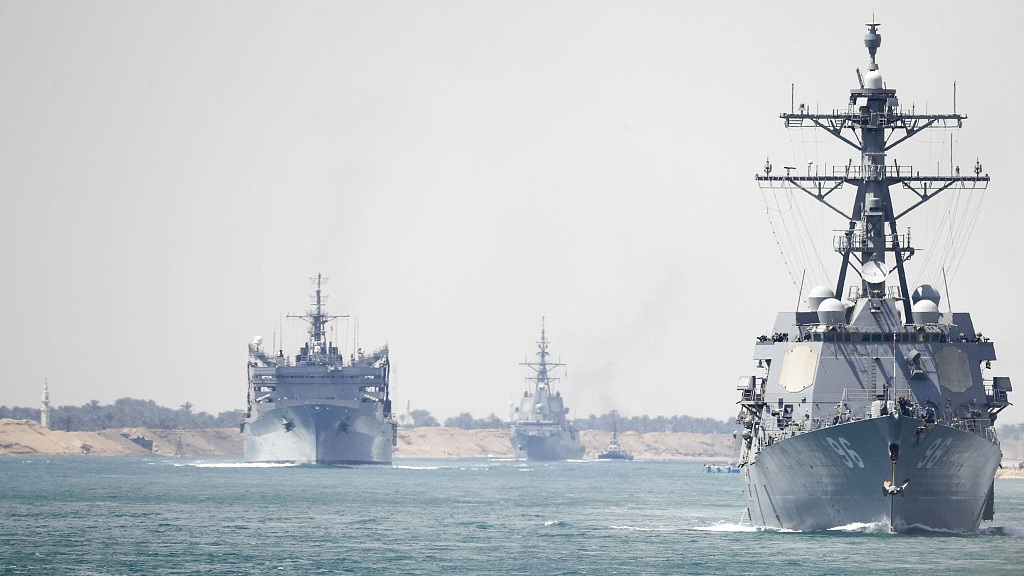 Editor's note: Bobby Naderi is a journalist, current affairs commentator, documentary filmmaker and member of the Writers Guild of Great Britain. The article reflects the author's views, and not necessarily those of CGTN.
The mission creep that the international community has been so concerned about just got a little creepier.
First, President Donald Trump told reporters on Thursday that he didn't think the U.S. needed any more troops in the Middle East. Then on Friday, he approved a new deployment of 1,500 U.S. troops to the region.
Acting Defense Secretary Patrick Shanahan went even further, saying the deployment is meant to counter “the ongoing threat posed by Iranian forces.”
If this hasn't confused you yet, wait until you hear this: The U.S. has also accused Iran's Revolutionary Guards of direct responsibility for this month's tanker attacks, while Trump has declared a “national emergency” to circumvent Congressional restrictions on arms sales and ship arms to Saudi Arabia and the United Arab Emirates. 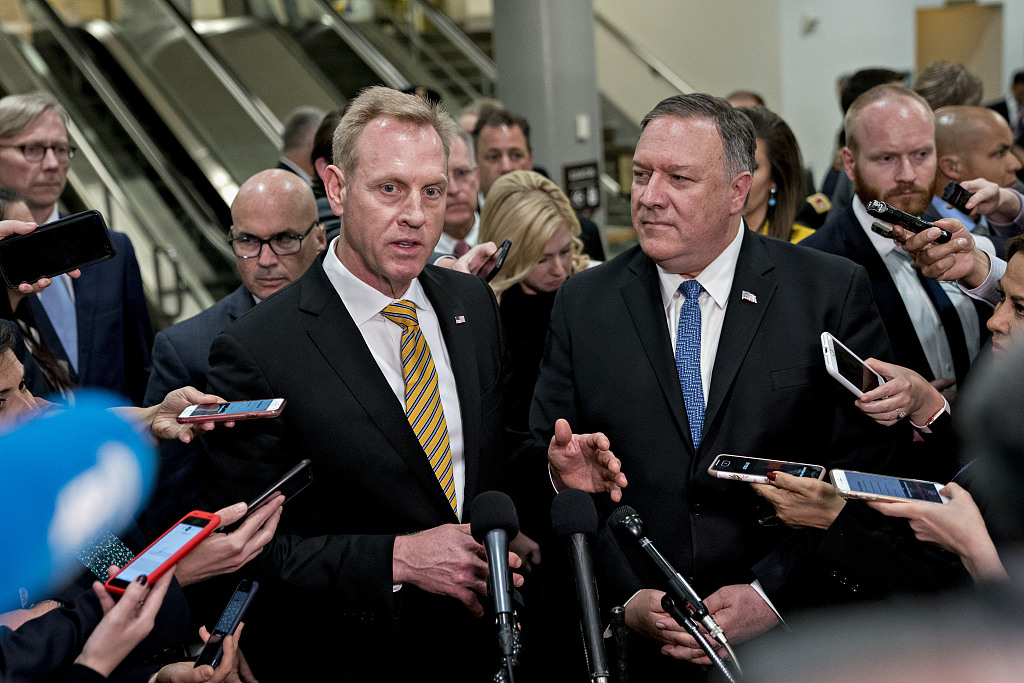 Patrick Shanahan, acting U.S. Secretary of Defense, speaks to members of the media as Mike Pompeo, U.S. secretary of state (R) listens after a briefing on Iran in the basement of the U.S. Capitol in Washington, D.C., the U.S., on Tuesday, May 21, 2019. /VCG Photo

Patrick Shanahan, acting U.S. Secretary of Defense, speaks to members of the media as Mike Pompeo, U.S. secretary of state (R) listens after a briefing on Iran in the basement of the U.S. Capitol in Washington, D.C., the U.S., on Tuesday, May 21, 2019. /VCG Photo

All of these demonstrate that the U.S. has significantly ramped up pressure on Iran, increasing the possibility of fresh military conflicts in the region.
However, there is no appetite for further destruction in the region. For instance, during a Saturday meeting in Baghdad between Iraqi Prime Minister Adil Abdul-Mahdi and Iranian Foreign Minister Mohammad Javad Zarif, the two sides agreed to work together to prevent a war that could jeopardize stability in the region.
No one wants a repeat of the 2003 U.S. invasion and occupation of Iraq that led to the deaths of an estimated one million people and the deliberate destruction of an entire society. The illegal war was launched on lies pushed by the Bush administration, alleging Iraq had weapons of mass destruction.
This should inform the debate surrounding the new U.S. military buildup against Iran in the Persian Gulf with all those troops, B-52 bombers, warships, and disturbing parallels. If the talk of a war with Iran is built around suspicious attacks and “intelligence failings” on an oil tanker or pipeline, it would harm regional security with dangerous implications on oil supplies and the stability of global oil markets.
There can be no question that Saudi FM Al-Jubeir is way off the line to also argue that “The ball is in Iran's court and Iran should determine what the path will be.” This is also a deal for the United States and its regional allies. They should drop bellicose language, which is a formula for disaster, and seek to back-channel diplomacy with Iran to relieve regional tensions.
In the grand scheme of things, Iran poses no threat to the region and is not ratcheting up tensions. It's a lie that Iran feeds off the weakness of its neighbors or is on the march to a form of regional hegemony. There is active pushback domestically against a conflict with the U.S. This involves government officials, editorials in the media and also supporters of the nuclear deal. Not surprisingly, they have also ruled out negotiations to curb tensions until the rights of their country are satisfied and Washington shows some “respect.”
In contrast, it's the Trump administration's rhetoric and calculated actions such as sending more troops and an aircraft carrier to the region and withdrawing from the 2015 nuclear deal that has increased the chances for confrontation. They have created a web of lies and also weaponized their allies, and it is what is happening in the dark that counts. 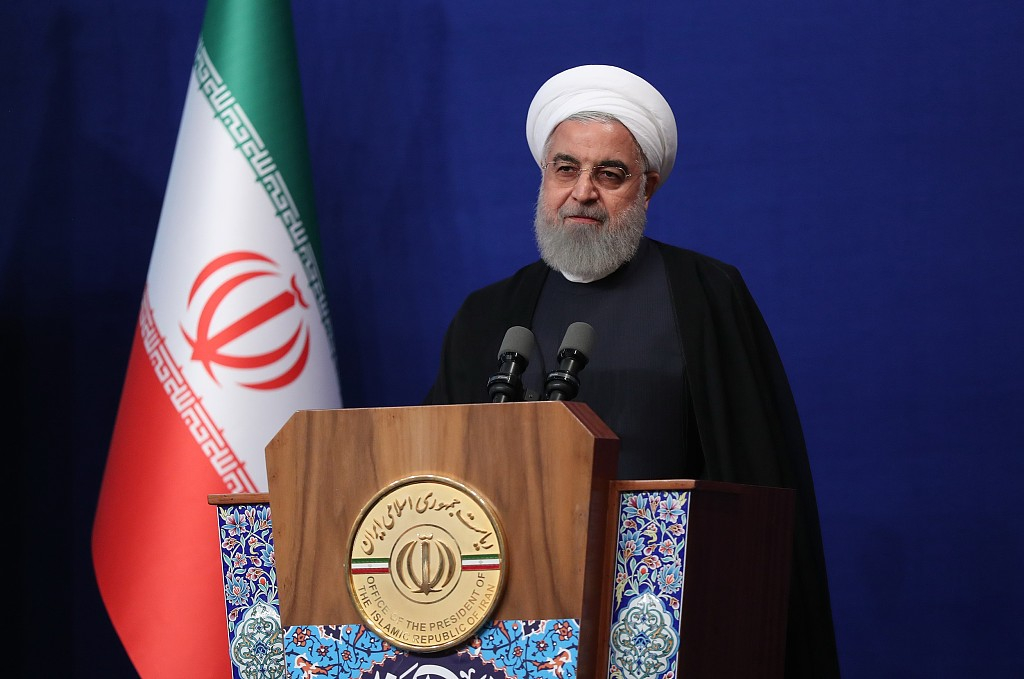 Iranian President Hassan Rouhani makes a speech during the ceremony marking the liberation of Khorramshahr city by Iran from Iraq army in Tehran, Iran on May 23, 2019. /VCG Photo

Iranian President Hassan Rouhani makes a speech during the ceremony marking the liberation of Khorramshahr city by Iran from Iraq army in Tehran, Iran on May 23, 2019. /VCG Photo

Failing to learn the lessons of the previous wars, for some U.S. officials and Pentagon generals the myth of a victorious surge is still so seductive because it perpetuates an illusion of order and control over their unruly foreign policy. It frames a war on Iran as something other than a geostrategic blunder and their regime-change effort as something more than a fantasy.
Internationally though, there is no consensus that would offer a legal framework for a war with Iran. This is because illegal action by the U.S. against Iran would risk broadening conflicts and torching the fragile security in the region.
Such a broadening of the conflicts is in nobody's interests. The United Nations has already expressed concern about the increasingly confrontational rhetoric between the U.S. and Iran and called for calm.
On that point,‍ if Washington is really serious about protecting its interests in the region, there are immediate non-military means by which it should act more intensely, such as by withdrawing its troops from the region‍, lifting the illegal sanctions against Iran, and returning to the nuclear deal.
The world has had enough of America's troop deployments and mission creep policies. The way forward is for the U.S. and its allies to refrain from escalating the situation in the Persian Gulf. With more boots on the ground, the region will become a slippery slope for more conflicts and upheavals. Add to this a divided coalition of nations, so unwilling and so ill-matched, and you have a recipe for disaster.
(If you want to contribute and have specific expertise, please contact us at opinions@cgtn.com)