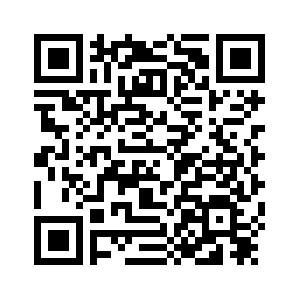 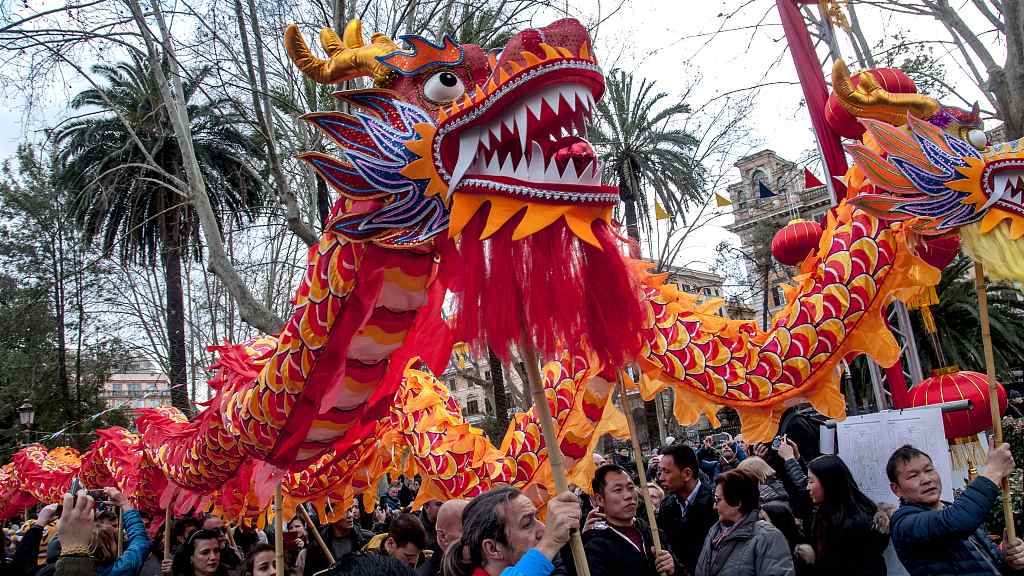 A couple of cities played host to the 2019 Happy Spring Festival celebrations, attended by throngs of cheerful people across the world. Yesterday, we introduced the Golden Dragon Parade for Chinese New Year held in LA Chinatown,  as well the biggest Chinese New Year festivities outside Asia in London.  Today let's have a look at celebrations in other countries. 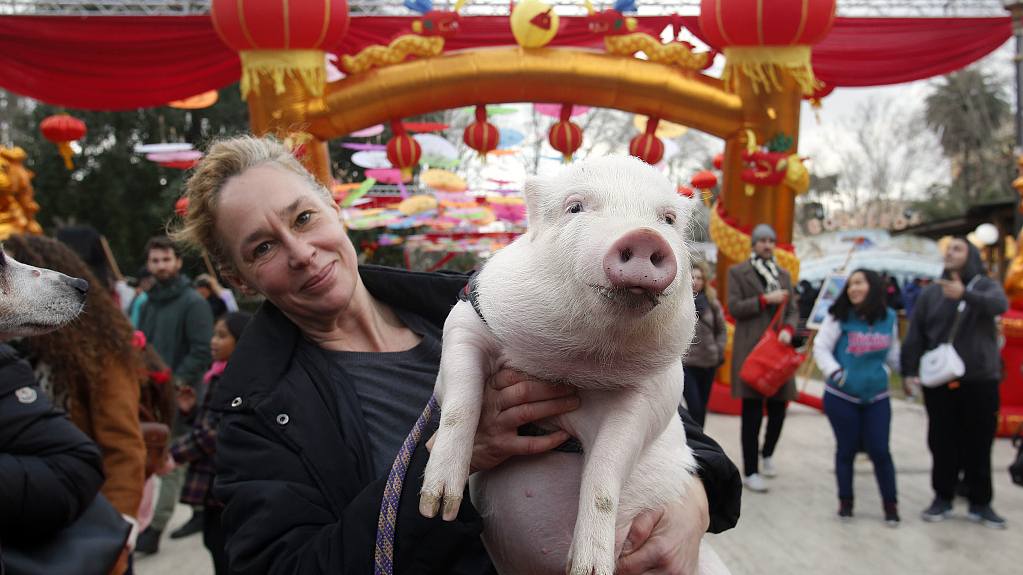 People celebrating the Year of Pig in Rome. /VDG Photo

People celebrating the Year of Pig in Rome. /VDG Photo 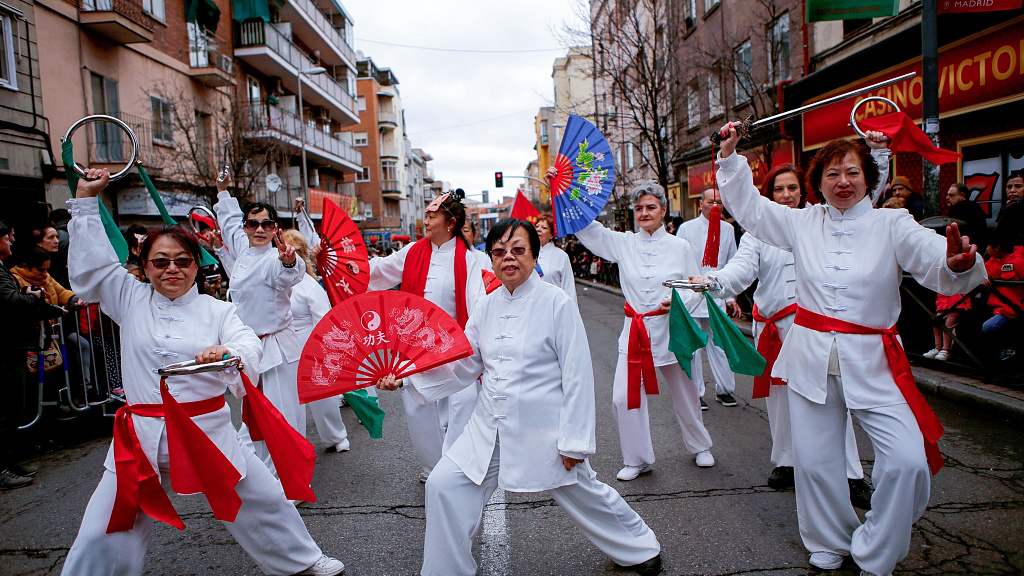 For the fourth year in a row, Madrid is celebrating the Chinese New Year with a month-long program of activities. The billboards of bus shelters have been replaced with new ads for the Spring Festival. The street lamp poles are covered with red lanterns and posters decorated with Chinese wind images. Large advertisements for the Spring Festival are coming in front of the main highway exits. The colorful theme lights of the Spring Festival illuminate the West Belles Square... Nowadays, people in Madrid know that the Chinese Lunar New Year is coming.
The official opening took place on February 5 with Performance Callao, a live show of ephemeral paint performed to the sound of the pipe, a traditional Chinese instrument. The festival reached its climax on the weekend of February 8-10 when the majority of activities were held.
One of the most long-awaited events was the multicultural parade that went through the main streets in Usera. Starting at 11 a.m. on 10 February, there were1,200 artists showcasing magic, Chinese costumes, lion and dragon dancing surrounded by live music. 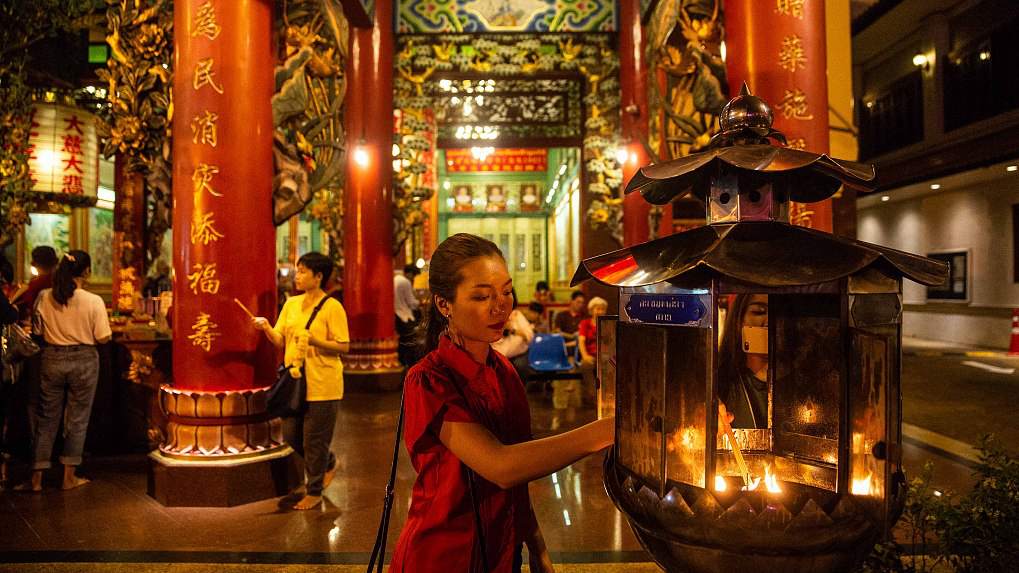 A woman at a temple for the New Year.

A woman at a temple for the New Year.

Thailand has a long history of celebrating the Spring Festival, sharing the same traditions as Chinese people. Usually on New Year's Eve, families hold ancestor worship ceremonies and then have reunion dinner. On the first day of the Chinese New Year, people wear new clothes to greet families and friends. In a common gesture, Thais put their hands together and arch up as a way of saying good luck to each other.‍
Chinatown in the old city of Bangkok is the most prosperous Chinatown in Southeast Asia. It is about two kilometers long and is the busiest commercial center in Bangkok with a history of nearly 200 years.
Thai Princess Sirindhorn attended the opening ceremony of the Happy Spring Festival on February 5 in Chinatown. She is proficient in Chinese culture and this year wrote Chinese calligraphy for the Spring Festival, presenting it as gifts for guests from across the world. 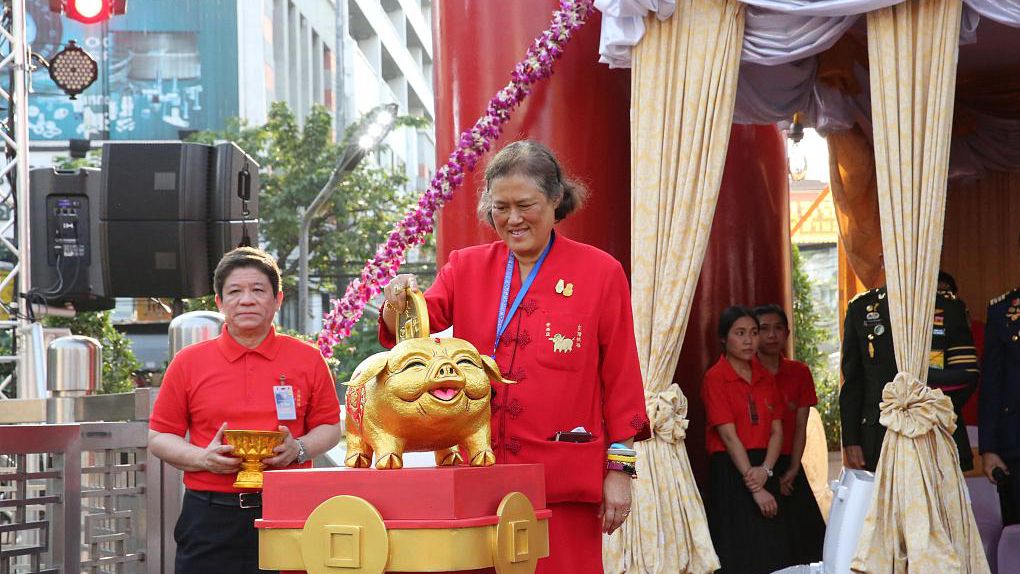