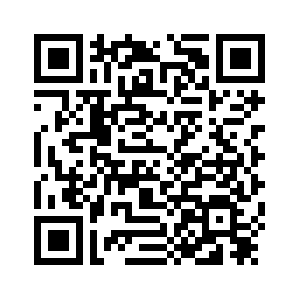 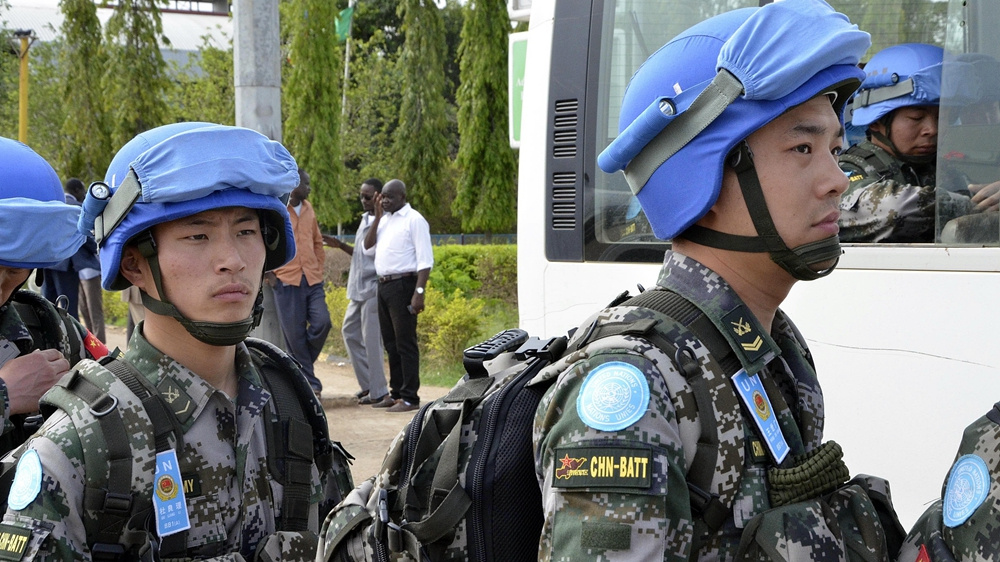 Five days before Chinese State Councilor and Foreign Minister Wang Yi attended a high-level meeting on peacekeeping at the UN headquarters in New York on Tuesday, a team of Chinese troops left for the Democratic Republic of Congo (DRC).
The team, comprising of 100 engineering and medical soldiers, departed at 3 a.m. from Urumqi, the capital of northwest China's Xinjiang Uygur Autonomous Region on Sept. 20.
They are on a one-year peacekeeping mission about 8,500 kilometers away from their home.
The meeting Wang attended during the 73rd Session of UN General Assembly was on Action for Peacekeeping (A4P), where he proposed improving the UN peacekeeping operations. 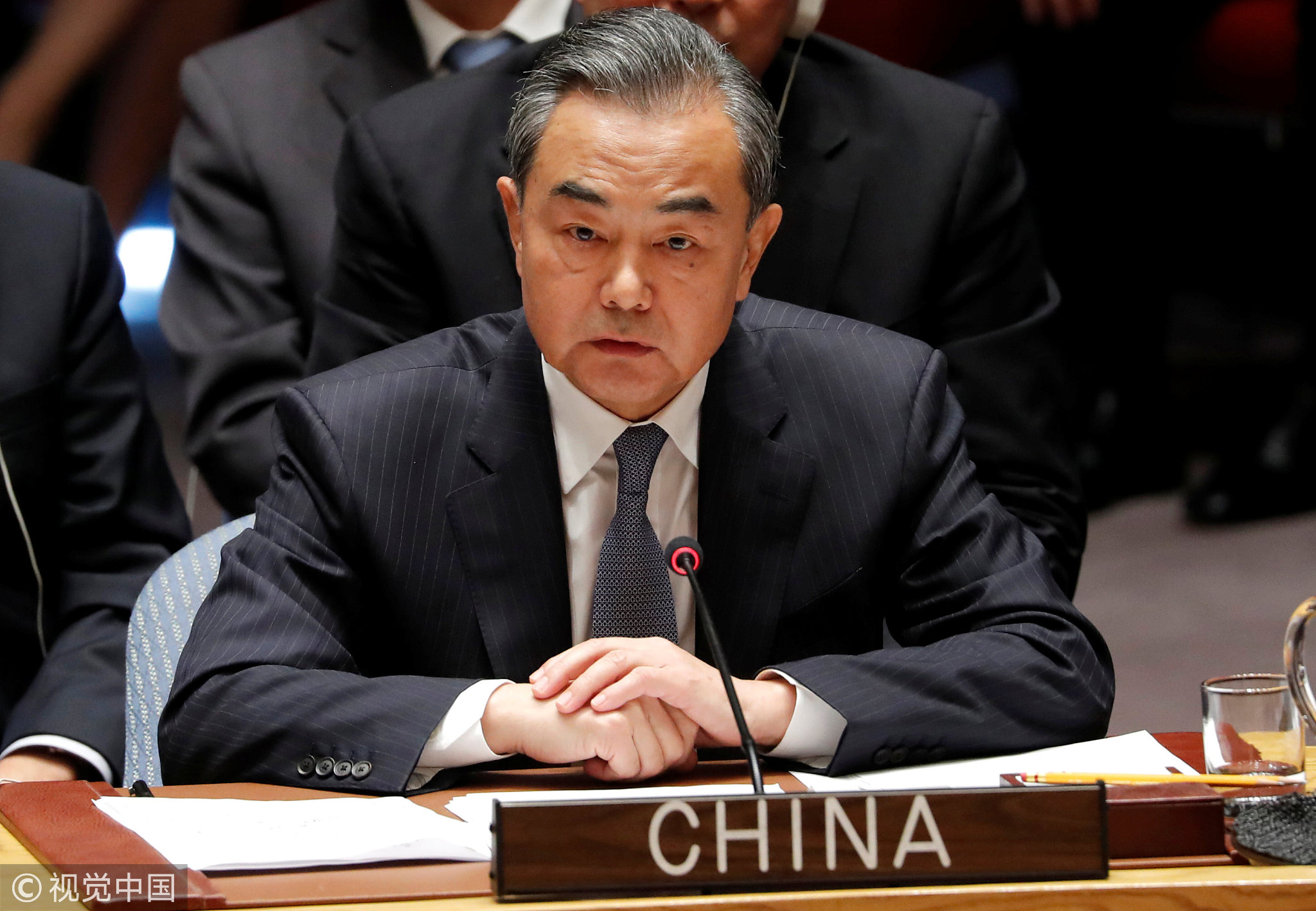 Those soldiers are the first group of the 22nd batch of peacekeepers China has dispatched to the DRC.
Without troops of its own, the UN relies on member states to provide security force to fulfill peacekeeping operations and maintain world peace.
The UN has faced challenges in its peacekeeping efforts including having its personnel be accused of committing sexual abuse. In late July, it received 70 allegations of sex abuse and exploitation against UN and non-UN personnel during peacekeeping missions throughout the second quarter of this year.
These are being responded to more quickly and more support is being provided for victims, and the UN is now more effective in seeking justice, said UN Secretary-General Antonio Guterres in September, in response to those allegations.
China boosts engagement
UN under-secretary-general Jean-Pierre Lacroix once spoke highly of China's contribution to peacekeeping, saying it is "extremely important." 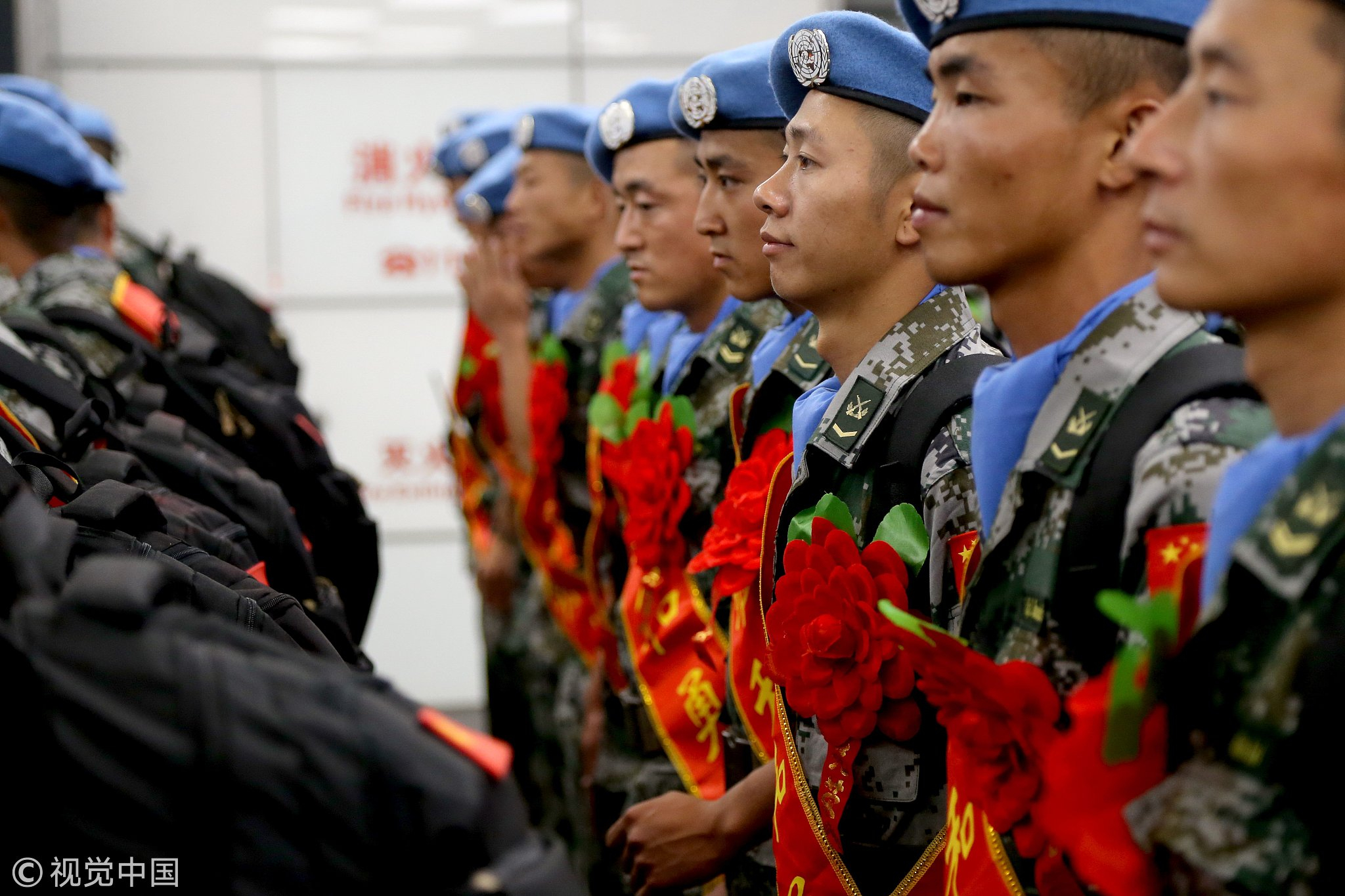 It was in 1990 that China began to participate in the UN peacekeeping operations. Since then, China has provided over 37,000 personnel to 24 UN peacekeeping missions in hotspots including South Sudan, Mali, Liberia and Lebanon.
The number of peacekeepers from China currently on active duty is 2,507, larger than that of personnel combined from the other four permanent members, the US, UK, Russia and France, reported the PLA Daily in late May.
Following the US, China has become the second largest financial contributor to the UN peacekeeping mission, with its funding accounting for approximately 10.25 percent of the UN's total peacekeeping budget for 2017.
In September 2015, Chinese President Xi Jinping announced that China is to provide one billion US dollars for peacekeeping over the next decade. China will also build a standby force of 8,000 peacekeeping troops and train 2,000 peacekeepers from other countries in the next five years and launch 10 minesweeping assistance programs.

The US challenges the UN 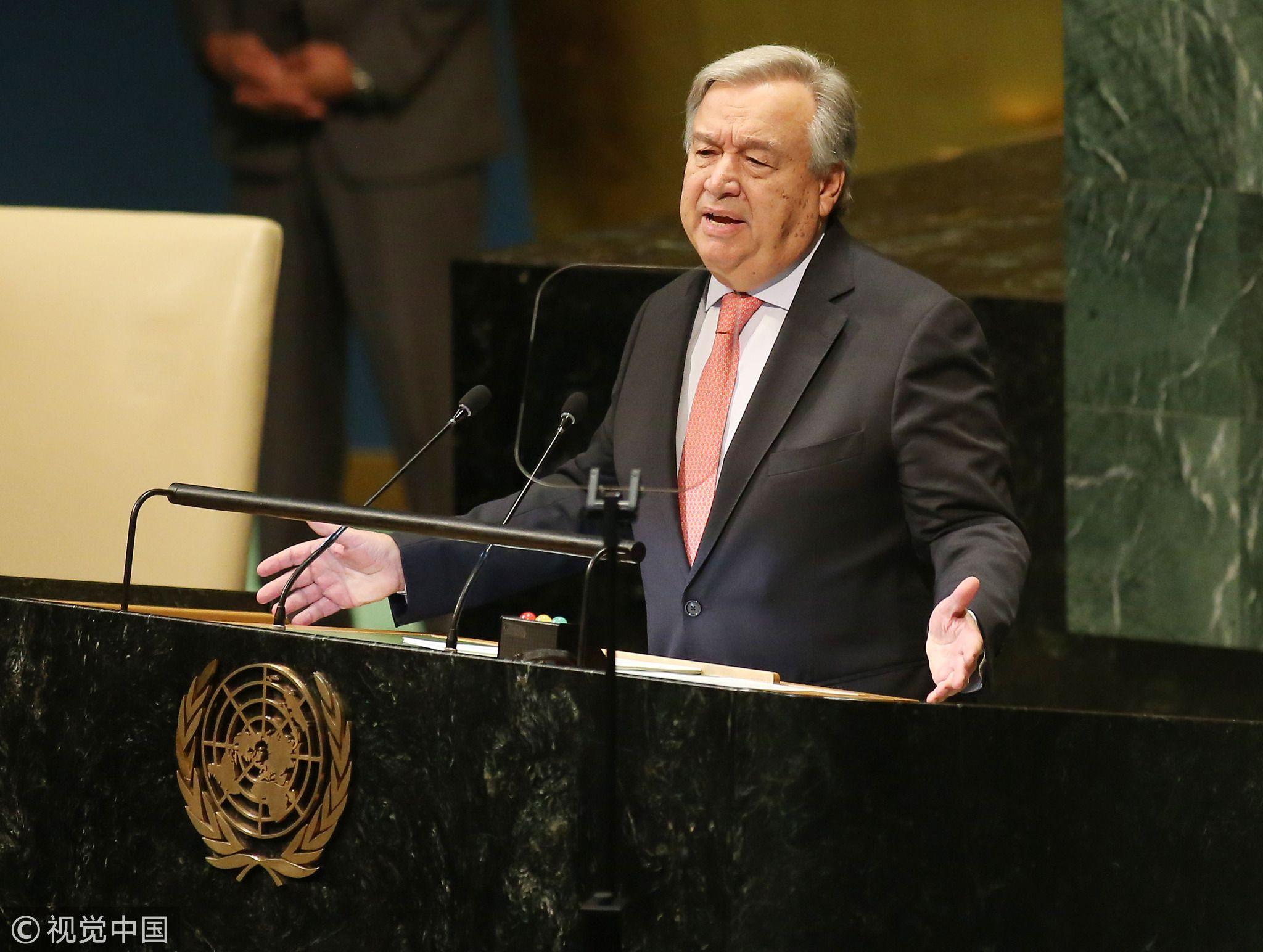 China is proactively shouldering its responsibility as the world's second largest economy, however, the US, the world's largest economy, has cut funding for UN peacekeeping missions.
What Washington has done since Donald Trump took office in January 2017 is reflected by the policy the US President adheres to. That is, "America First."
The UN peacekeeping is an example of multilateralism. However, Trump has often taken a strong position against multilateralism. "There is such tremendous potential, but it is not living up. When do you see the United Nations solving problems? They don't. They cause problems," he said in December 2016.
It is undeniable that the UN, as a multilateral platform founded in 1945, is facing challenges.

Greater efforts are needed to push for political solutions in peacekeeping, Guterres said on Tuesday.
"Peacekeepers are deployed to create the conditions for their own departure; that is why the relationship between a peacekeeping mission and its host country is vital," said the UN chief at the High-level Event on A4P.
The A4P initiative was launched by Guterres at the Security Council open debate on peacekeeping operations on March 28.
Under the guidance of non-interference in its foreign policy, China insists that consent of the concerned parties is a must for peacekeeping missions. China abides by basic principles of UN Charter and refers to political solution as the means.
China supports the Declaration of Shared Commitments on UN peacekeeping Operations. The declaration is part of the UN chief's effort to renew collective action to strengthen support for UN peacekeeping operations, endorsed by up to 131 countries.
Following the first group, the rest of the 218-member batch, is to leave on Friday.
(Cover: A Chinese peacekeeping troop comprising 130 soldiers arrive at Juba International Airport, South Sudan, April 8, 2015. /VCG Photo)