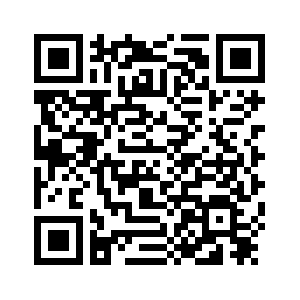 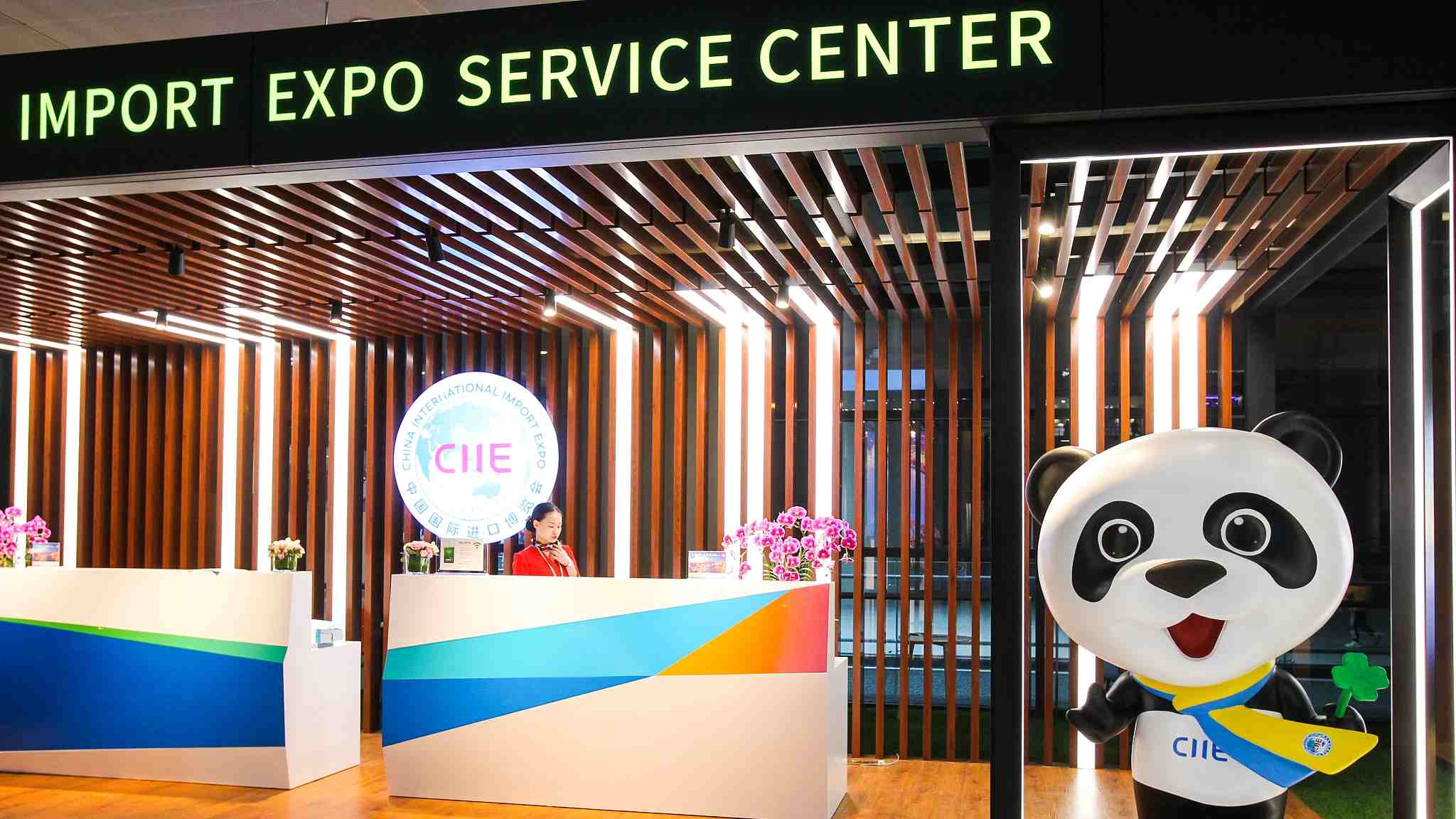 Editor's note: Guan Zhaoyu is an associate research fellow of the Chongyang Institute for Financial Studies, Renmin University of China. The article reflects the author's opinion, and not necessarily the views of CGTN.
The upcoming China International Import Expo (CIIE) starting on November in Shanghai will offer a historic opportunity for companies from all over the world to access China's vast market. Since China is the world's second largest importer and consumer market, the relationship between China's import and the development of the world economy becomes self-evident.
In a blueprint of building a community of a shared future for mankind, China's trade is working towards more inclusiveness and making its benefits shared with others. The country's import upgrading will provide a strong impetus for the development and even the prosperity of the global trade. 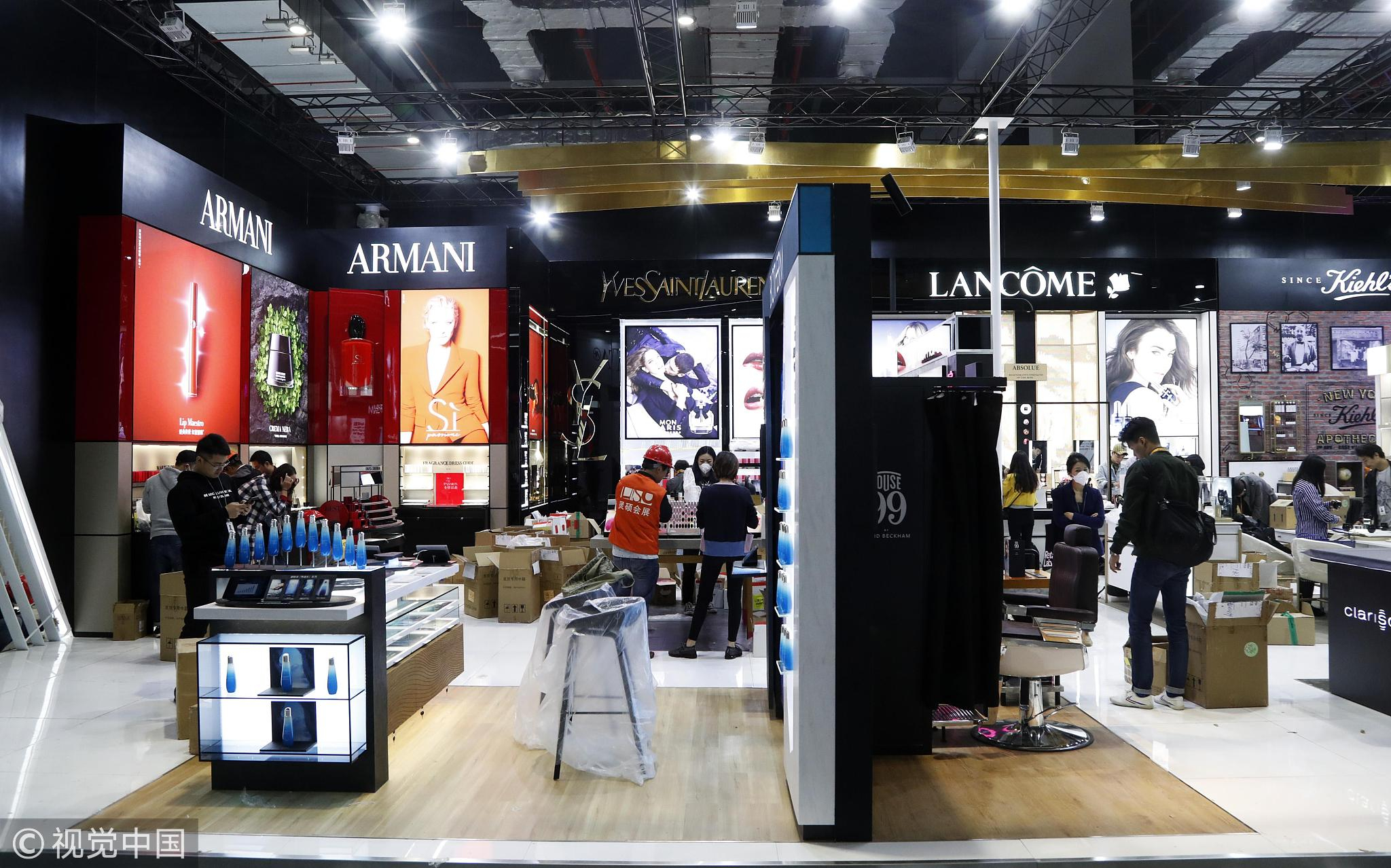 Staff preparing the opening of the CIIE in the expo center, Shanghai, China, November 1, 2018./VCG Photo

Staff preparing the opening of the CIIE in the expo center, Shanghai, China, November 1, 2018./VCG Photo

The direct and explicit manifestation of economic globalization is the increased global trade and strengthened connections between different economies. While the implicit indicator of it lies in the linkage of global production.
Over the past 100 years, developed countries have continued to upgrade and optimize their industries through the development of trade. They have the typical “tertiary-secondary-primary” industrial structure and are at the top of the value chain formed by the division of labor in the global economy.
In contrast, the world's least developed economies are late in their engagement in globalization and their development is lagging. Therefore, most of them are at the bottom of this value chain. The main exports of these countries are energy resources, and imports are manufactured goods and services.
At present, the marginalization of developing countries in the global economy is attributed to the fact that these countries are unable to be involved further in the international division of labor. 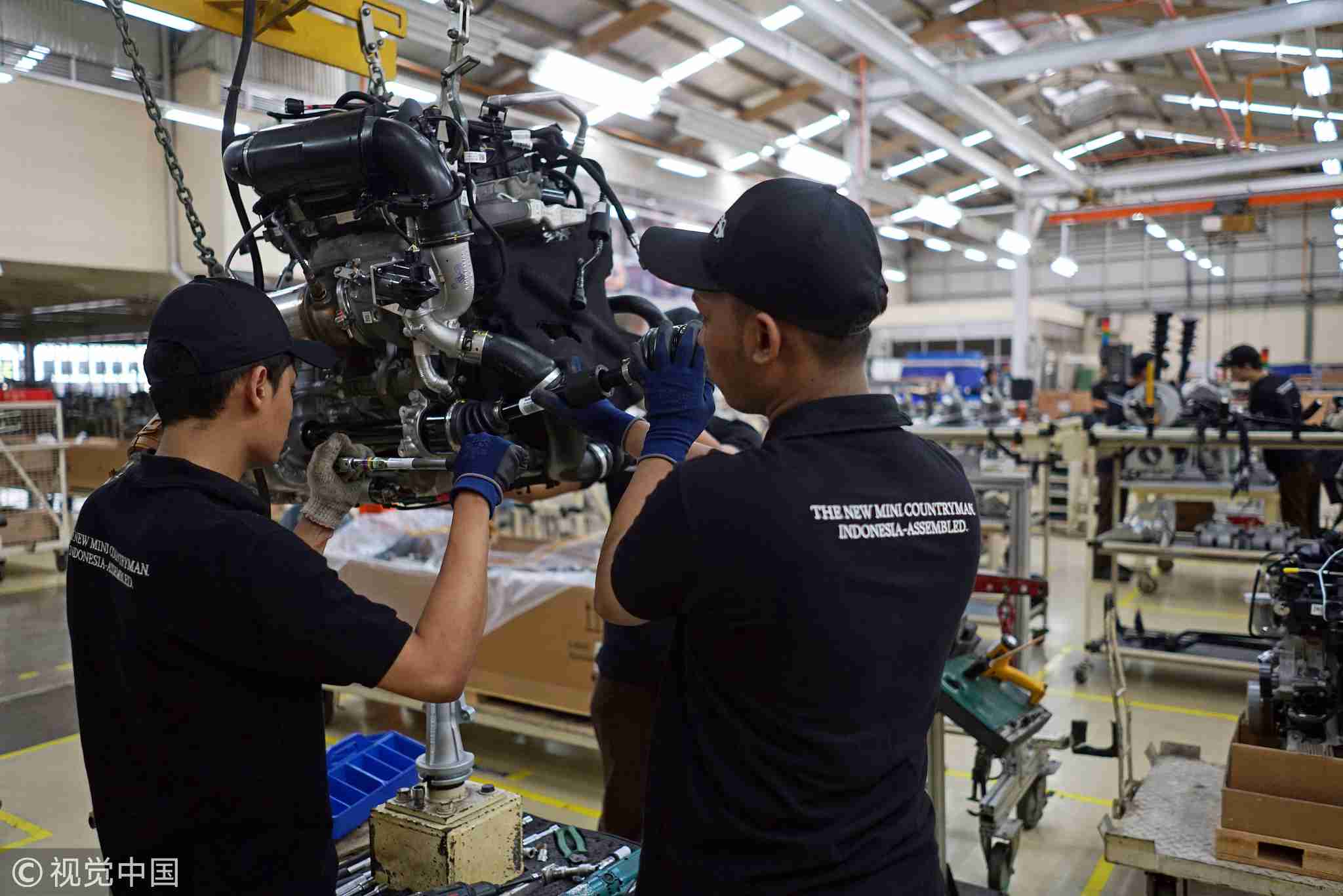 Workers assemble an engine of a BMW AG Mini Countryman vehicle on the production line at a PT Gaya Motor plant in Jakarta, Indonesia on Thursday, September 6, 2018. /VCG Photo

Workers assemble an engine of a BMW AG Mini Countryman vehicle on the production line at a PT Gaya Motor plant in Jakarta, Indonesia on Thursday, September 6, 2018. /VCG Photo

In terms of world trade flows and the composition of goods, exports within developed and developing countries, and the difference between the two unions accounted for respectively 37 percent, 27 percent and 36 percent of the global total in 2016.
For the intra-regional trade, exports within most Asian and African countries took up less than one-fifth of the global total, and most of their goods were exported to developed countries. On the contrary, the exports within developed economies in their regions had a relatively larger share.
For example, in Europe, more than two-thirds of the exports were achieved within itself. In terms of exported commodities, developed economies such as Europe and the United States, and emerging economies in East Asia and South Asia produced three quarters of the manufactured exports; developing countries including transition economies and countries in Central Asia, North Asia and Africa, mainly exported energy resources which took up more than half of their exports.
As developing countries cannot be engaged in the international division of labor, the development of the North and the South are imbalanced, and the polarization of trade continues to grow. For total wealth, the low-income and middle-income countries, which had a population of 3.5 billion, only took about 7 percent of global wealth in 2014, while the most developed OECD countries claimed 65 percent of global wealth with its population of approximately one billion. That said, the per capita of the world's most advanced countries wealth is more than 50 times greater than that of the least developed countries.
In terms of wealth structure, human capital in OECD countries was the largest component of total wealth, accounting for 70 percent of it, while their natural capital took up only 3 percent. In low-income economies, natural capital accounted for nearly half of their total wealth. Although human capital took up 41 percent of their total wealth, the human capital of OECD countries was about 90 times that of the low-income economies. 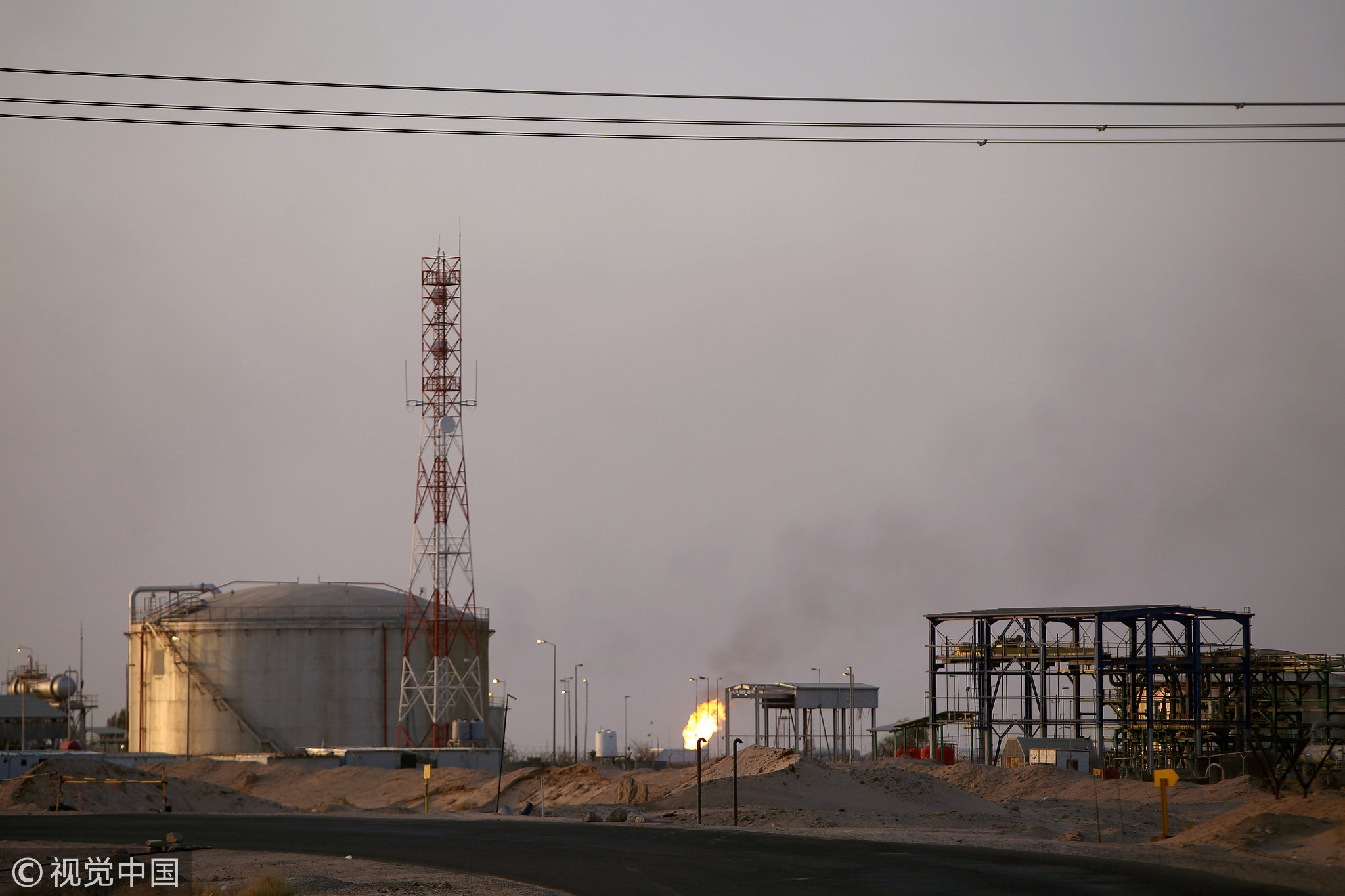 In addition, many developing countries failed to achieve economic growth and industrial upgrading in globalization but caused problems such as huge resource consumption and environmental pollution instead.
Since the 1990s, the world's carbon dioxide emissions per unit of GDP have fallen by approximately 35 percent. While those in high-income economies have dropped by more than 45 percent.  Those in low-income and middle-income economies have only decreased by about 25 percent, which is far below the world average.  Making its carbon dioxide emissions per unit of GDP around 1.5 times higher than those in high-income countries.
As a late-developing country, China is one of the few countries that have managed to play a prominent role emerging from a marginalized position through a conventional development model of the world.
However, China also has its own problems with development, such as high financial leverage, environmental pollution, and high energy consumption. To tackle these problems, China has started with eliminating excessive and backward production capacities through its own structural reform, rather than dumping all issues and passing on costs of development to other developing countries. 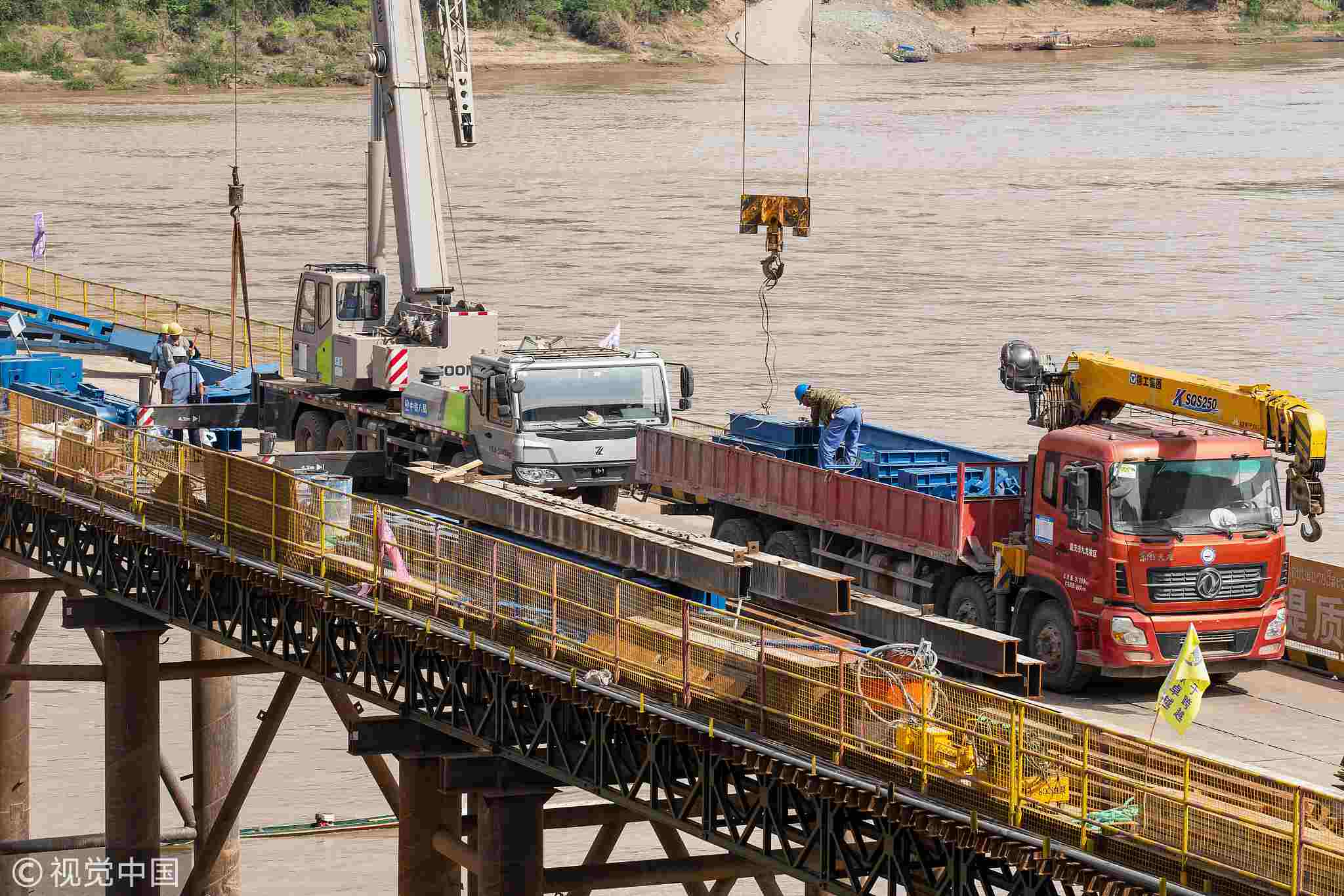 By changing the mode of production, China has pushed all enterprises to carry out self-initiated innovation projects, and eventually realized a new stage of economic development featured by high efficiency and large scale.
While achieving its own development, China has also helped other developing countries move closer to the center of the world trade by offering them a series of preferential policies for investment and trade, which has, in turn, enabled them to gradually participate in the international division of labor.
For the trade flow, China's import dependence on developing countries is generally less than their export dependency on China. However, being the largest manufacturing country, China's manufacturing industry needs sufficient resources and energies to sustain its production.
As a result, resources and energies including oil and metals still take a major share among its imports. Now, China's reform and opening up has come to a new stage. To satisfy its domestic demand for imports, China has started to expand its imports from regions with less import dependency on it, especially the least developed countries or regions, while meeting its upgraded domestic consumption needs through imports. The upgrading and change of China's import show that what China aims to increase is its trade dependency in both ways, and China is promoting a more inclusive trade whose benefits can be shared among all parts of the world.
(If you want to contribute and have specific expertise, please contact us at opinions@cgtn.com)