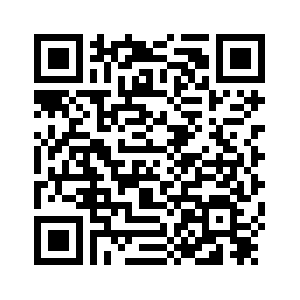 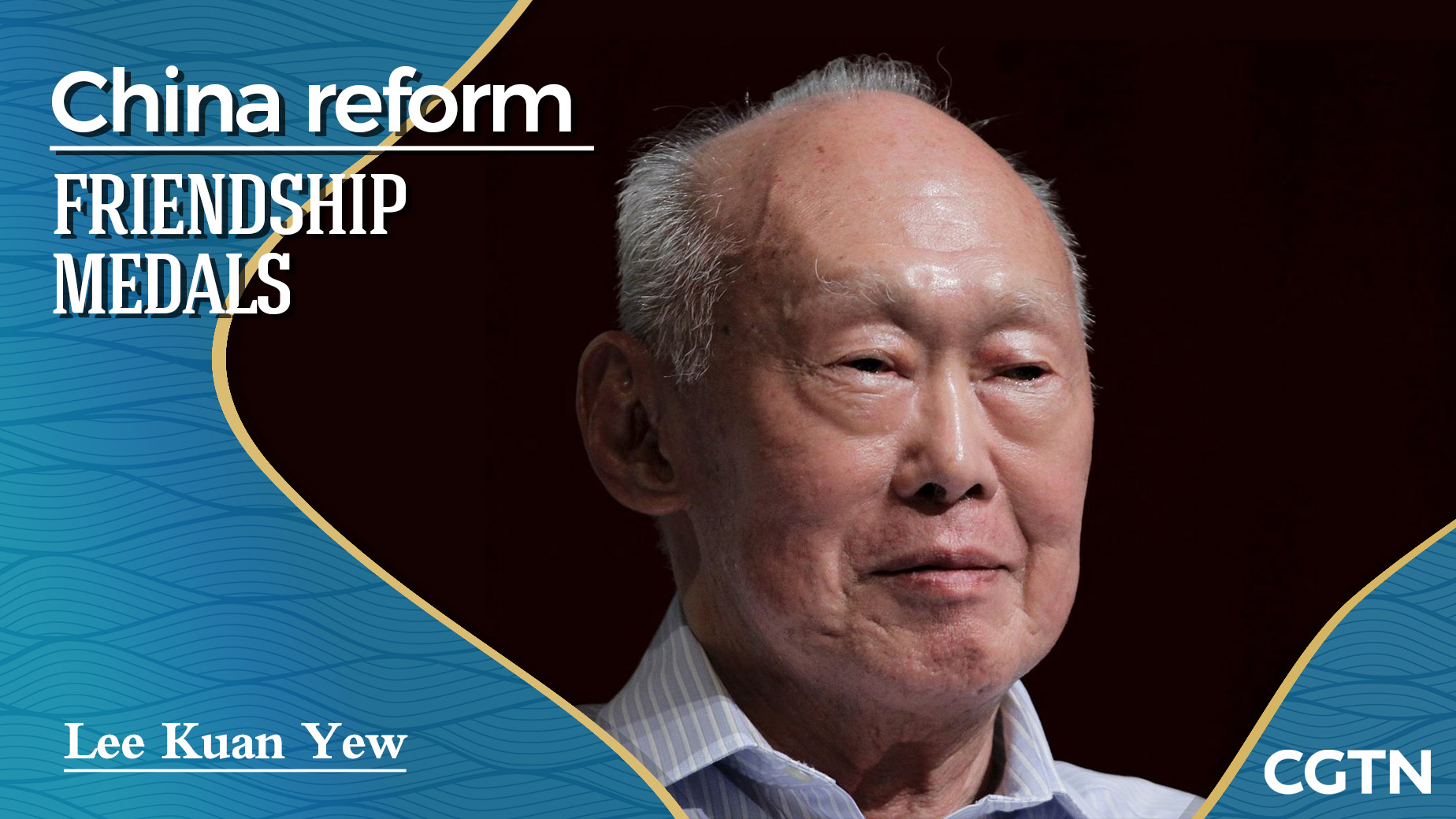 Former Singaporean Prime Minister Lee Kuan Yew was posthumously awarded a medal for promoting Singapore's deep participation in China's reform and opening-up process on Tuesday at the ceremony celebrating the 40th anniversary of the country's reform and opening-up in Beijing, where 10 foreigners were honored with China Reform Friendship Medals.
Lee, the first Prime Minister of Singapore, is known as the nation's founding father. He served as Singapore's prime minister from 1959 to 1990. Lee was born in 1923 into a family of Chinese descent and later graduated from Cambridge majoring in law.
Lee returned to Singapore in 1949 as a lawyer and formed the socialist People's Action Party (PAP) in 1954. As the prime minister, Lee tried to create a unique Singaporean identity in the early decades of the republic by recognizing the multiracial reality and stress multicultural harmony. He also stressed the rule of law and clean governance. 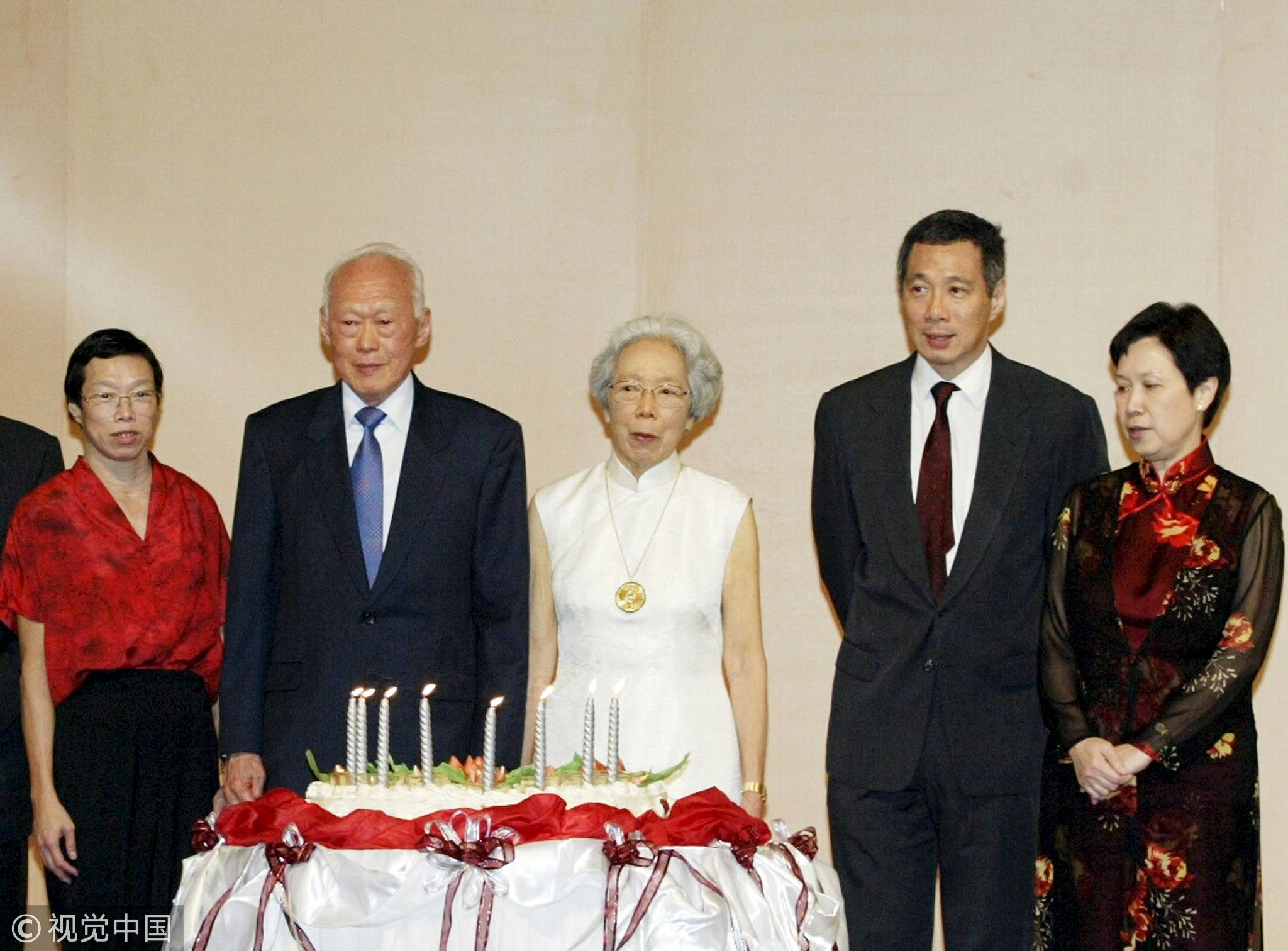 With ancestral ties in China, Lee taught himself Chinese and is an advocate of Confucian culture. He has a long-time relationship with China as well. From late leader Deng Xiaoping to President Xi Jinping, Lee has met with five Chinese leaders and has paid 33 visits to China, where he is called an "old friend of the Chinese people."
China and Singapore established diplomatic relations in 1990. Lee helped deepen Singapore's participation in China's reform and opening up process. In 1992, Deng Xiaoping advocated learning from Singapore's experience during his tour in south China.
Lee had told Deng that many Singaporean Chinese were descended from ancestors who had arrived as indentured laborers, half-literate, hungry but hard working. If Singapore could develop so well from such a situation, there was no reason China could not do better. 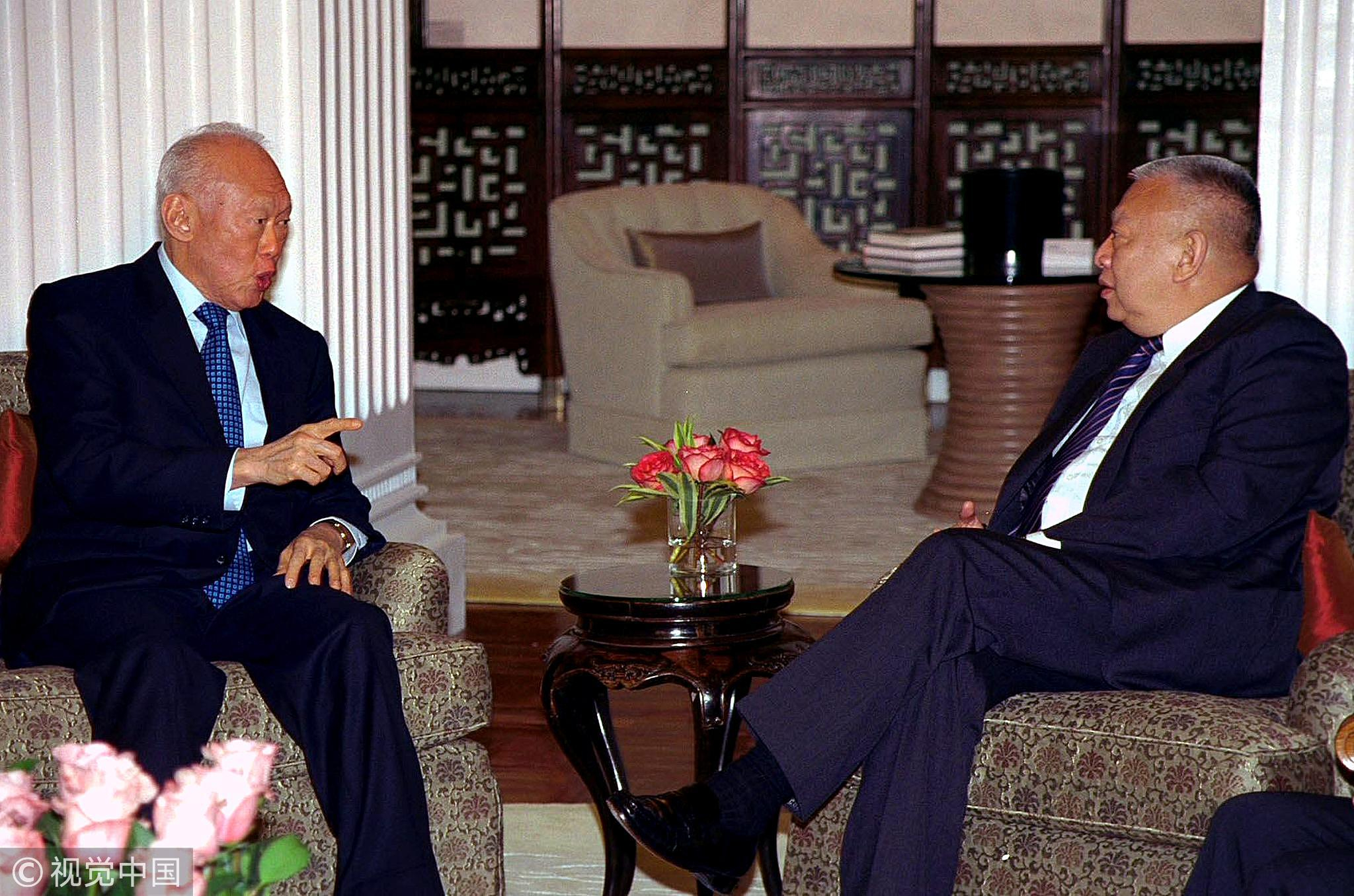 Singapore also sent a series of consultants to help China develop its special economic zones. And under Lee's guidance, Singapore participated in many fruitful joint projects including Suzhou Industrial Park and Tianjin Eco City. In addition, Singapore was one of the first countries to sign up for Asian Investment Bank.
As an old friend of China, Lee was often one of the first to express support for China's transition from planned economy to market economy. He also played an important role in mediating and interpreting for China when it encountered resistance in the international arena. 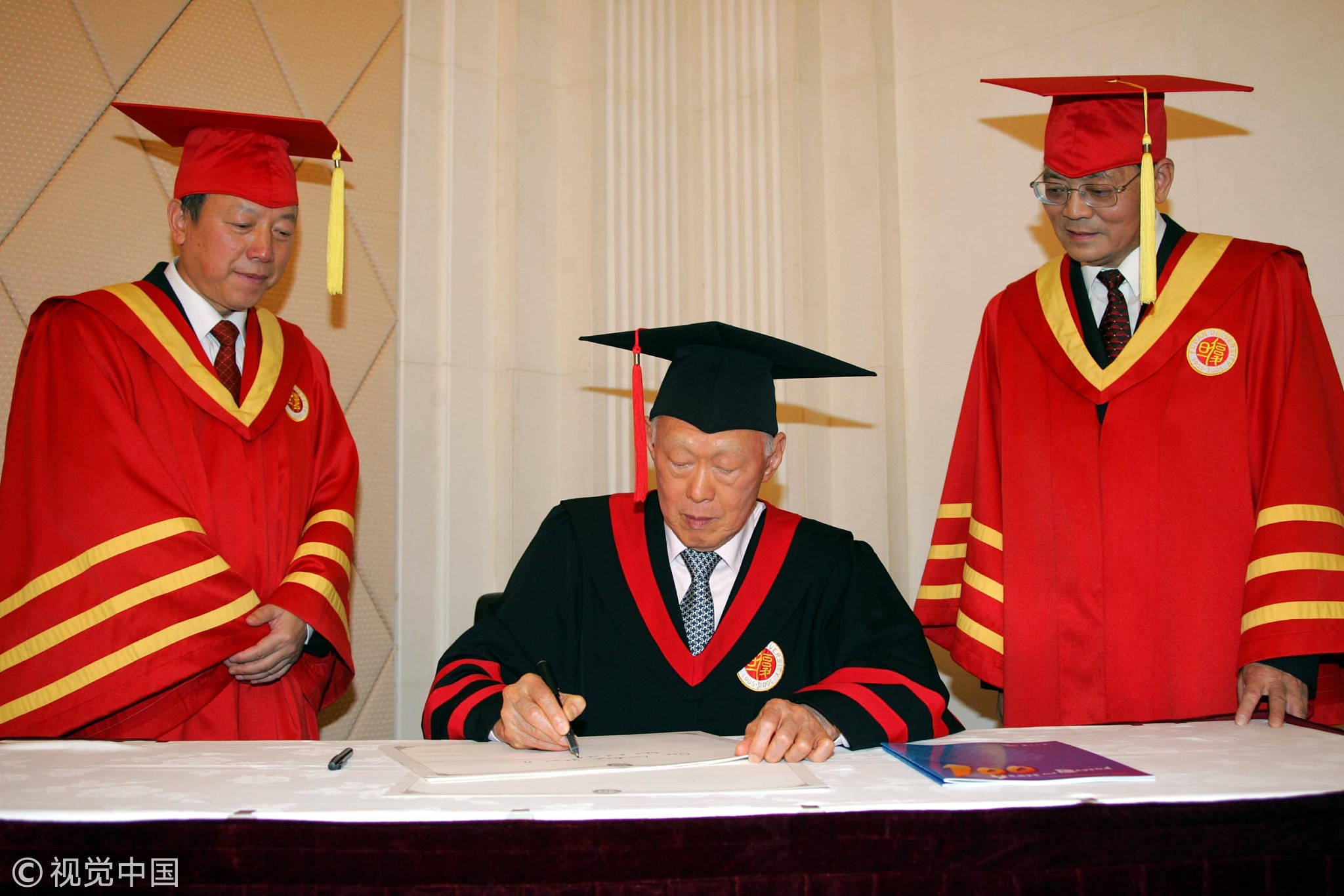 In 2015, Lee passed away at the age of 91. But his legacy of developing friendly relations with China will be remembered.
(Top image: File photo of Lee Kuan Yew)