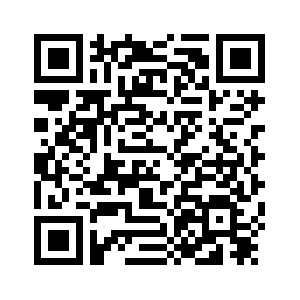 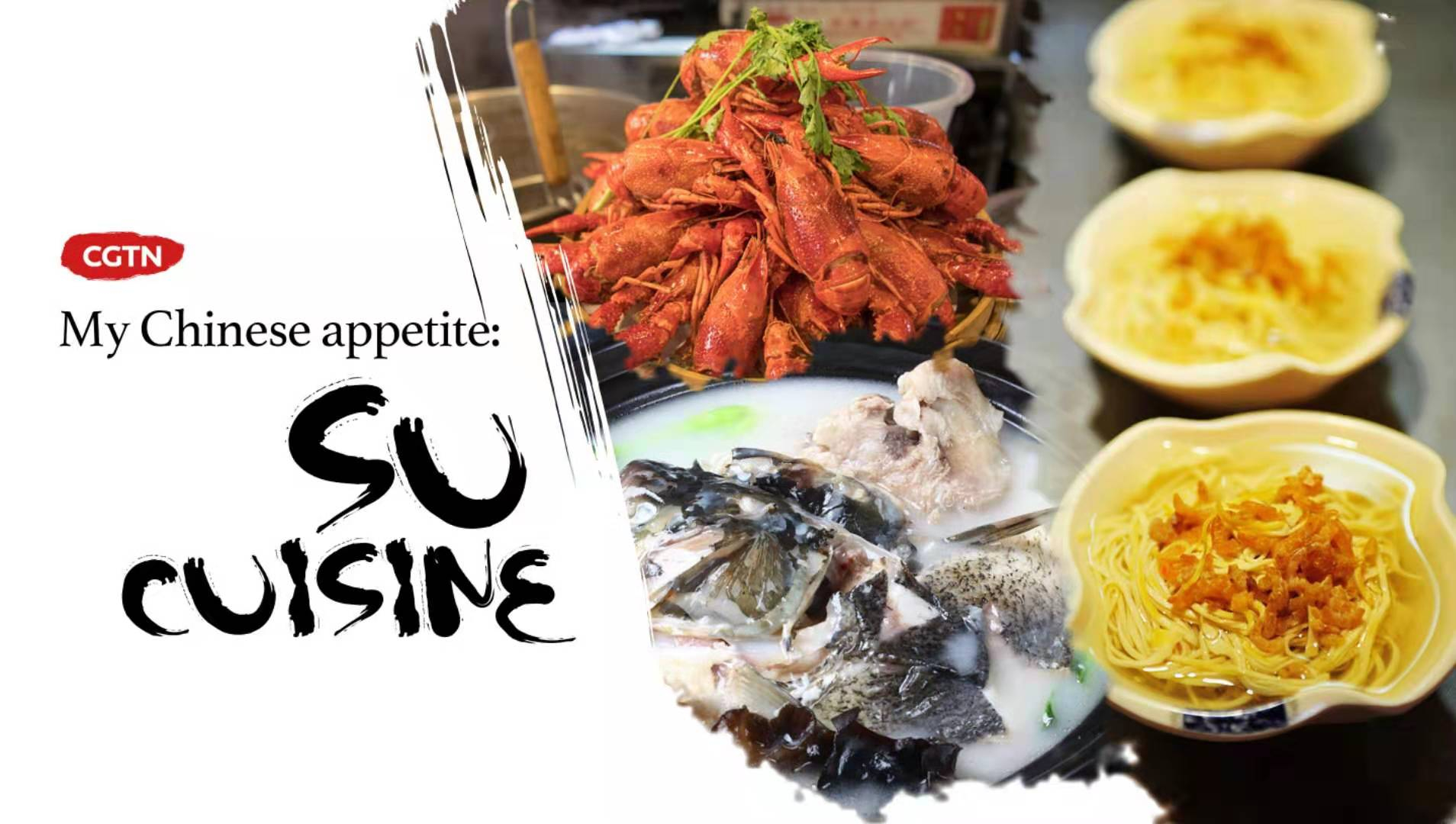 Located in eastern China, Jiangsu Province is a place famous for its water, be it the fish, the boats, and a culture of tenderness which feels like the result of the constant drizzle  – the weather condition mostly associated with the area.

The signature flavor of Jiangsu Cuisine, in general, is light, with a slight sweetness. Fish is one of the main ingredients used by local chefs and they are mostly bred in freshwater environments, such as lakes or ponds. 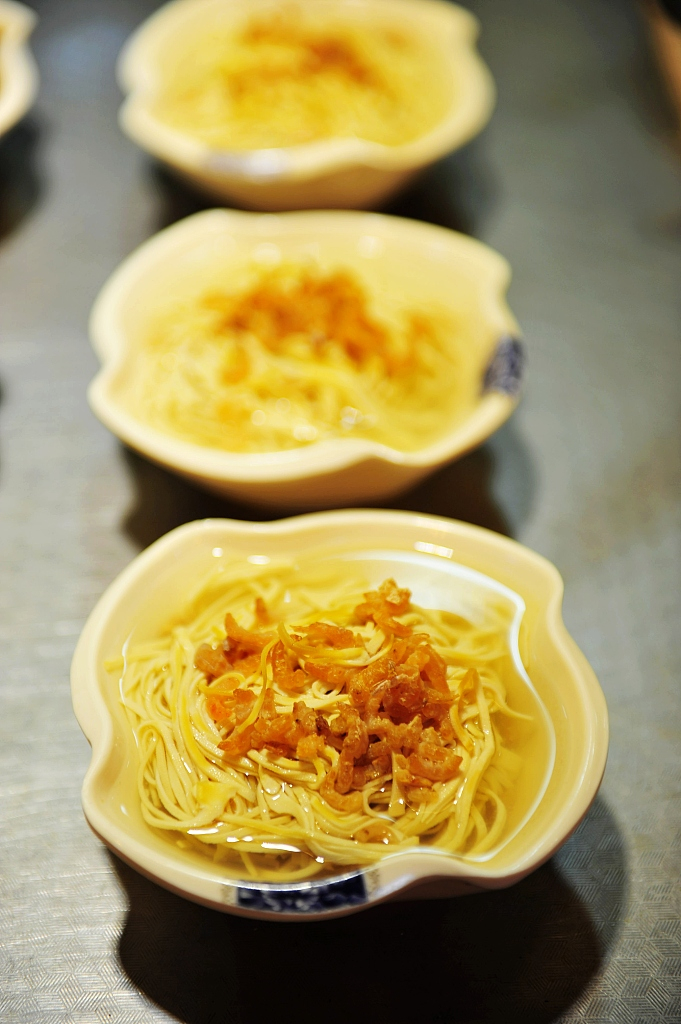 Dazhu Gansi is a specialty dish of the Huaiyang school of Su Cuisine. Chefs slice dried tofu into matchsticks and serve it with chicken stock. Other ingredients are added as shown in the picture, such as sliced ham or sea cucumber. The challenge to chefs is to conduct exquisite knife-work of high precision, just like surgeons. An anecdote has it that the dish was created to serve Emperor Qianlong of the Qing Dynasty while he was traveling to Yangzhou City. 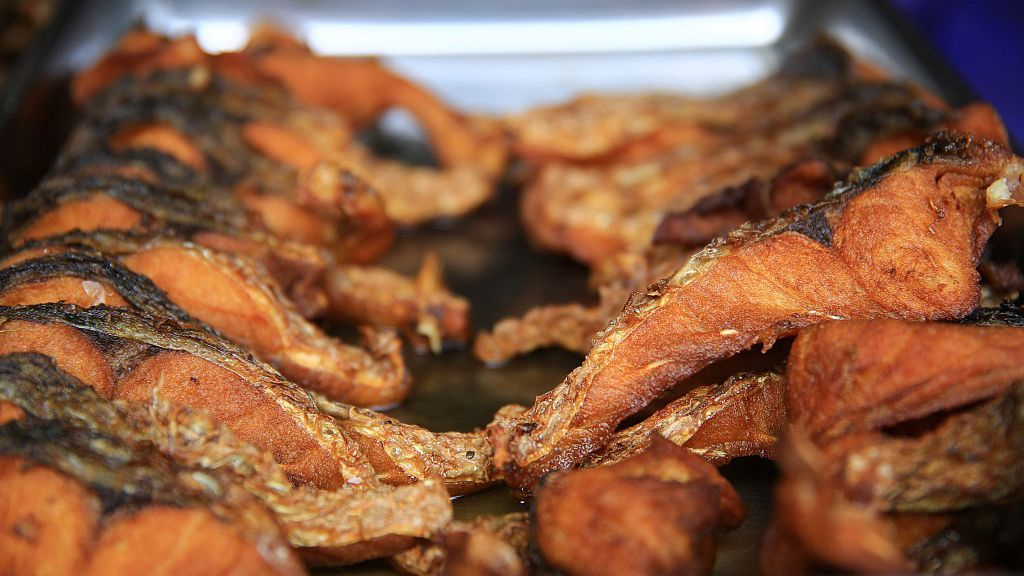 Bao Yu is a staple that will show up on the dinner table of thousands of households in Changzhou City, Jiangsu Province. To local people, this is the flavor of home. "Bao" means fry and "yu" means fish, thus meaning fried grass carp. The secret to the freshness of the meat is maintaining an oil temperature of about 180 to 200 degrees Celsius. Any lower and the fish would have to stay a few seconds longer in the boiling oil, thus becoming greasy. 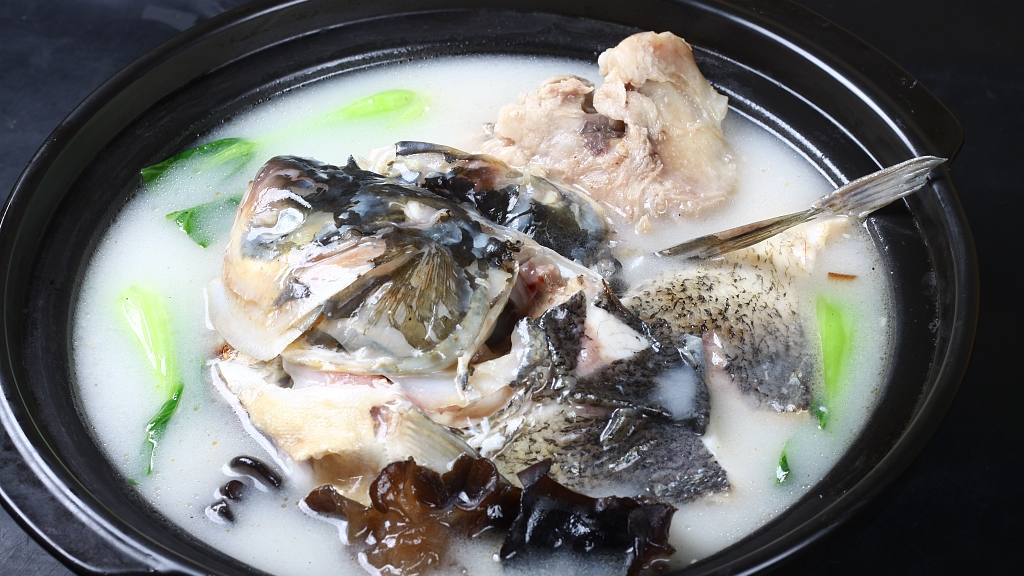 The name of this dish is Sha Guo Yu Tou, as "Sha Guo" means casserole, and "Yu Tou" means the head part of a fish. More specifically, it is called Tian Mu Hu Sha Guo Yu Tou. "Hu" means lake, and "tianmu" is its name. The lake is located in Liyang County, south of Changzhou City in Jiangsu, and is famous for producing the fish used to cook this dish, hence the name. The flavor of the silver carp or bighead carp used in this casserole is maintained as chef try their best to keep the recipe as naturally flavored as possible.  The fish is simmered and cooked for three hours with basic ingredients. What's unique is that it's the "lightest" possible meal in the whole cuisine.