Minor Cold: A sugary feast to get through the freezing winter
By Ye Qing 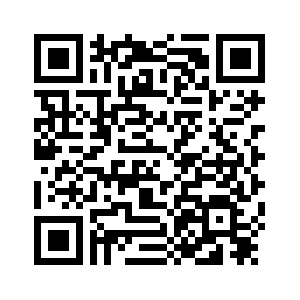 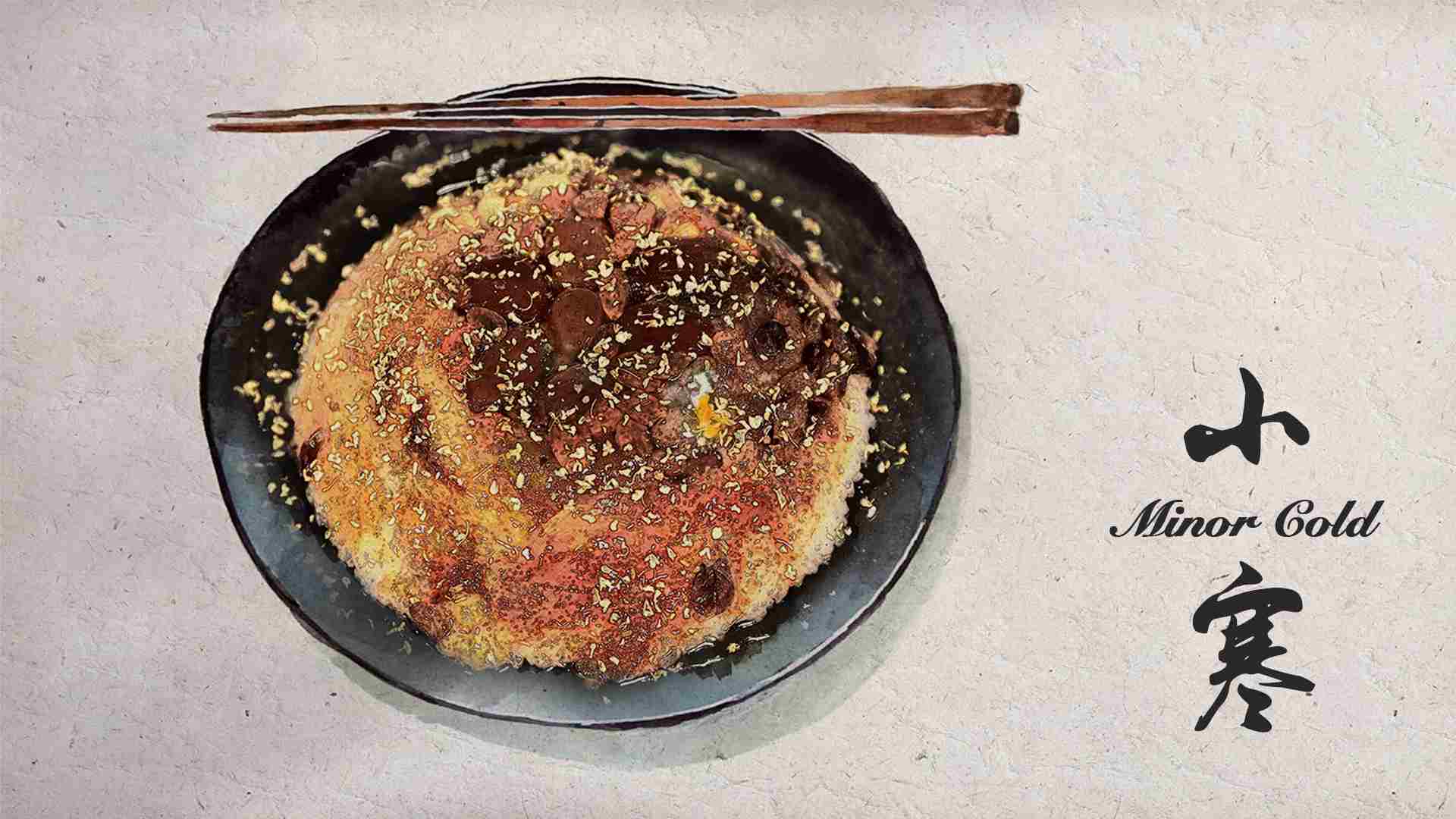 The coldest period in a year is coming.
Minor Cold, or “Xiaohan” in Chinese, is the 23rd of the 24 solar terms in the Chinese lunar calendar. For most areas of China, Minor Cold is the beginning of the coldest period of the year. Its first day usually falls between January 5 and 6 on the solar calendar. This year's Minor Cold starts at 11:39 p.m. (BJT) on January 5.
With each solar term, there comes a corresponding set of customs related to the time of a year. We've outlined below how people deal with the Minor Cold and its significance in Chinese culture. 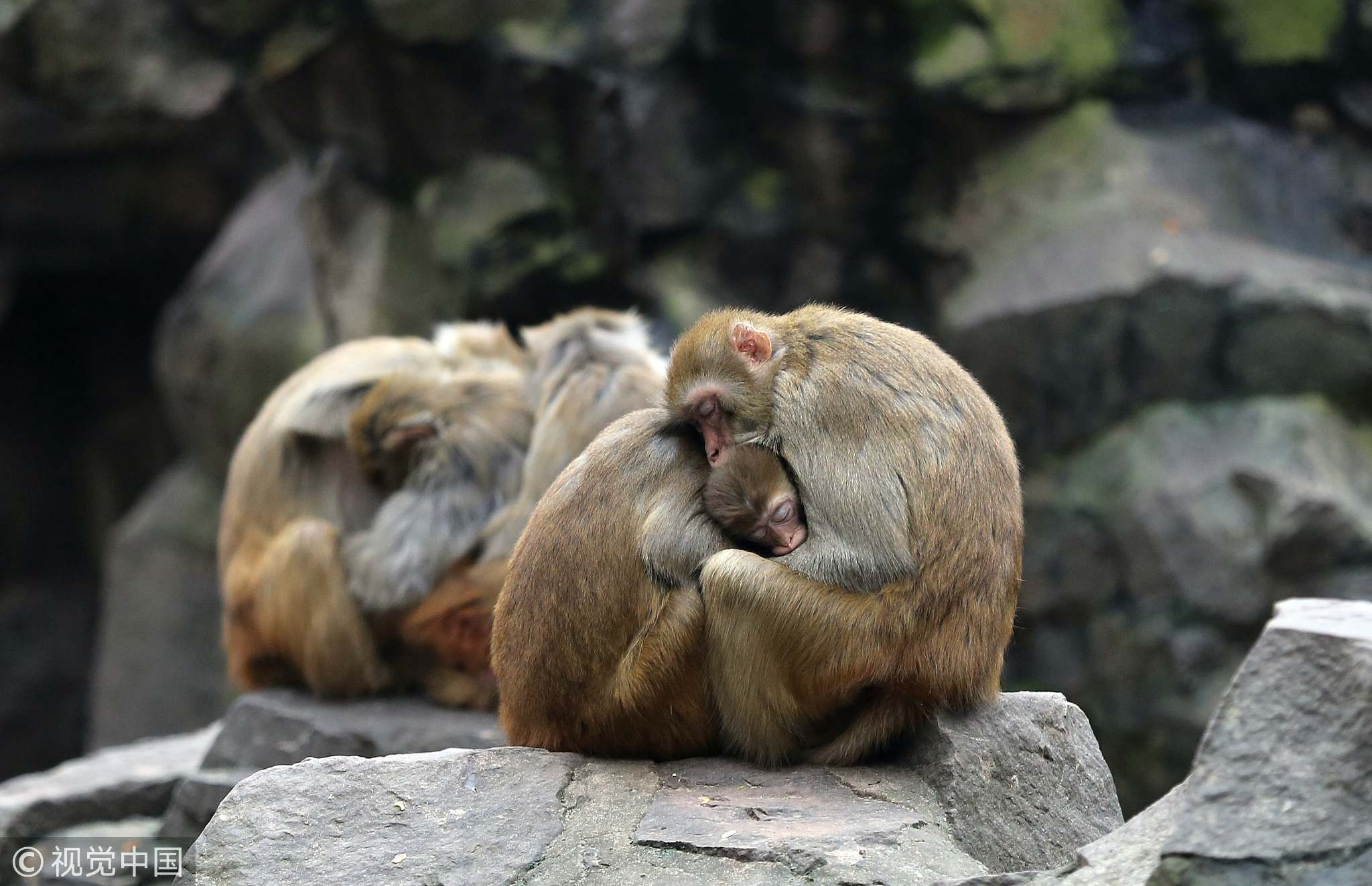 A family of macaques huddles in Hangzhou Zoo's monkey hill for warmth after the Minor Cold on January 7, 2016. /VCG Photo

A family of macaques huddles in Hangzhou Zoo's monkey hill for warmth after the Minor Cold on January 7, 2016. /VCG Photo

Eight treasures rice pudding or "babaofan" in Mandarin is a special sweet rice dish enjoyed during Chinese holiday meals including Minor Cold and Chinese New Year dinner. The name “eight treasures" comes from the "eight" key ingredients that this delicious dessert has.
The number eight is a magic number for Chinese people. In Chinese, the number eight is pronounced as "ba," which is similar to another Chinese word "fa." "Fa" in Chinese means rich or to thrive in business. Because of its pronunciation, this traditional Chinese dim sum is regarded as a symbol of wealth and health.
According to some chefs, because the weather is so cold during this term, we should sustain ourselves with nutritious food including dates, hawthorn and goji berries.

What else do people eat?

However, eight treasures rice pudding is not the only traditional food for Minor Cold. Just like the status of dumplings and tangyuan in the Winter Solstice, and different regions in China have different eating habits.
Nanjing and Shanghai: Vegetable rice
In Minor Cold, people in Nanjing and Shanghai usually cook vegetable rice. Some people choose vegetables with meat as ingredients and cook it with rice. 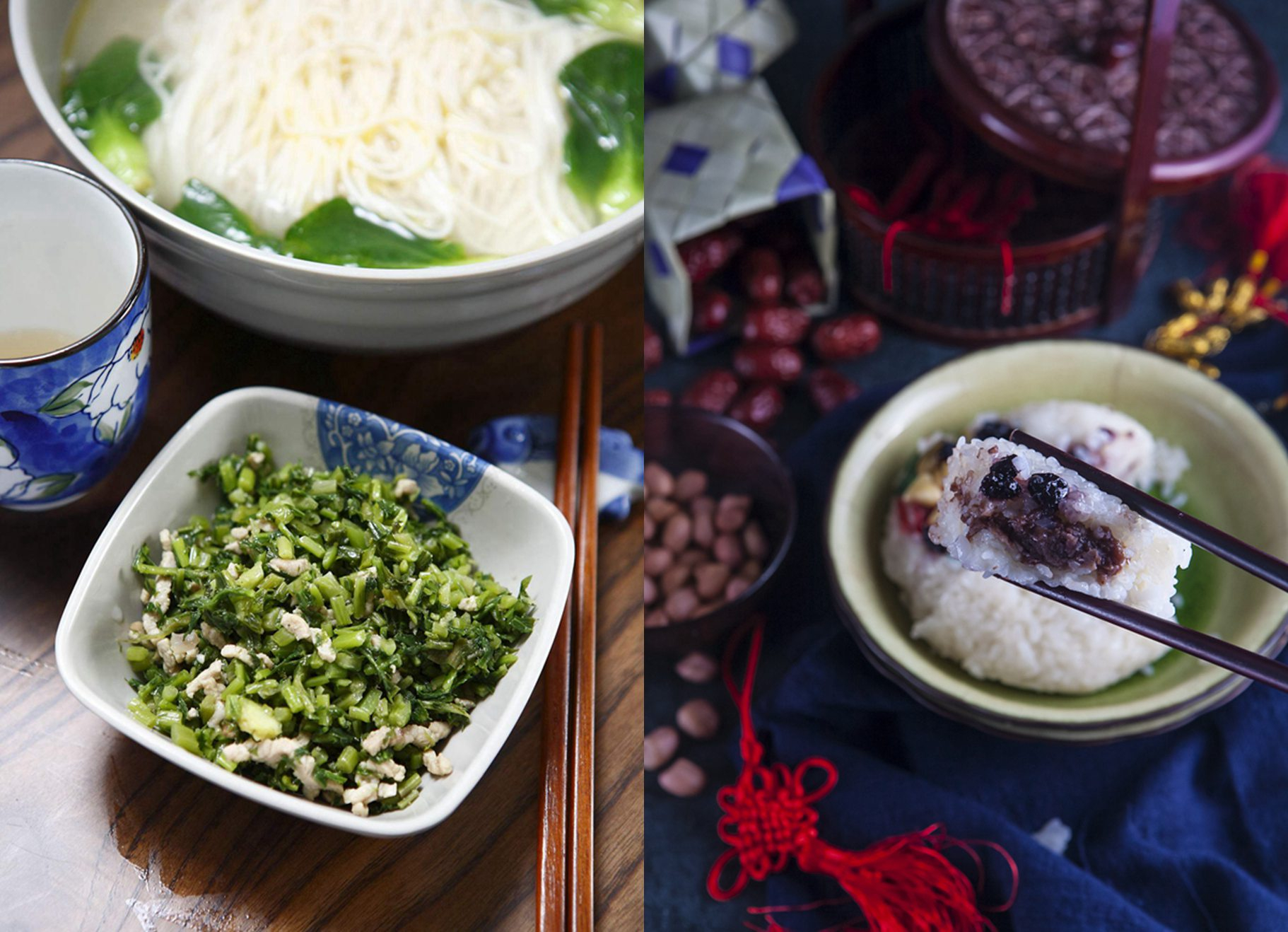 Left is Shanghai-style tradition vegetable rice, and the right one is Cantonese sticky rice. /VCG Photo

Left is Shanghai-style tradition vegetable rice, and the right one is Cantonese sticky rice. /VCG Photo

Guangzhou: Sticky rice
In Guangzhou City, it is a tradition to eat sticky rice on the morning of Minor Cold. For a better taste, people will make it with half sticky rice and half regular rice.
Most of northern China: Chinese cabbage
Cabbage is easy to preserve in the winter and tastes better after preservation, making up for the lack of winter vegetables.
Nationwide: Preparing for Spring Festival
After the Minor Cold, Chinese people begin to write Spring Festival couplets, and go to the market to buy New Year paintings and colored lights to prepare for the Spring Festival. 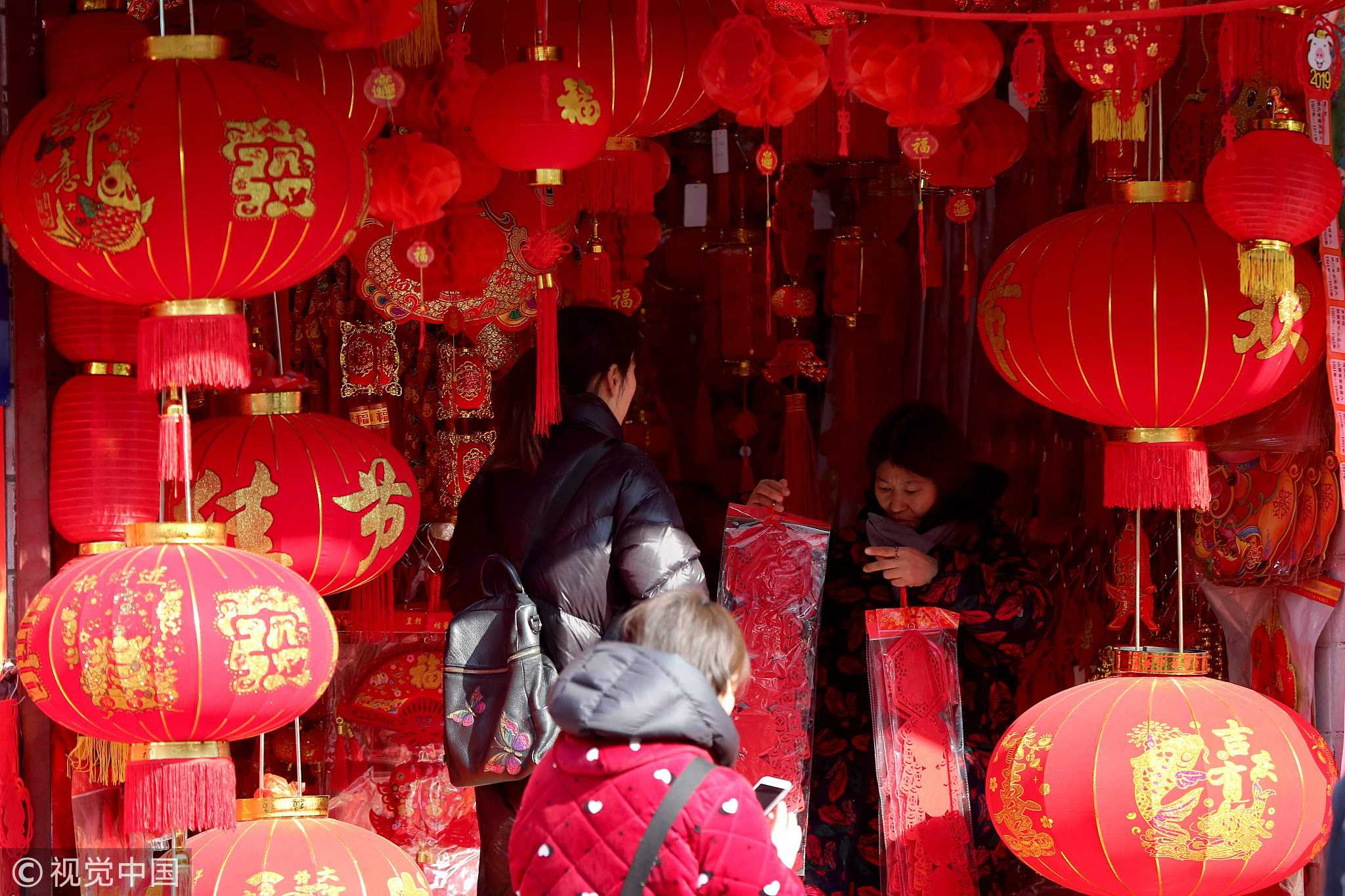 According to ancient records, migratory birds began their journeys at this time, and magpies also nest during the Minor Cold to avoid the bitter winds from the north. These animals remind people of the beginning of the suitable farming and life for Minor Cold.
Regarding farming, most places of the north of China have entered the winter break, and the main task is to prepare for the coming year's farming work. In the past, cattle and horses were the chief labor of the family and required special care. Since Minor Cold is the coldest period, more attention should be paid to livestock warmth.
Videographer: Ma Jian
Video editor: Lan Haowei
Designer: Du Chenxin