Female explorers: For the journey and love
Geng Siyuan 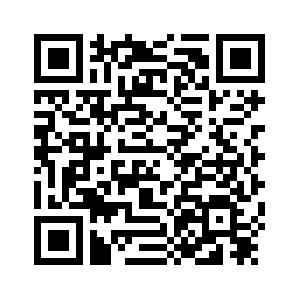 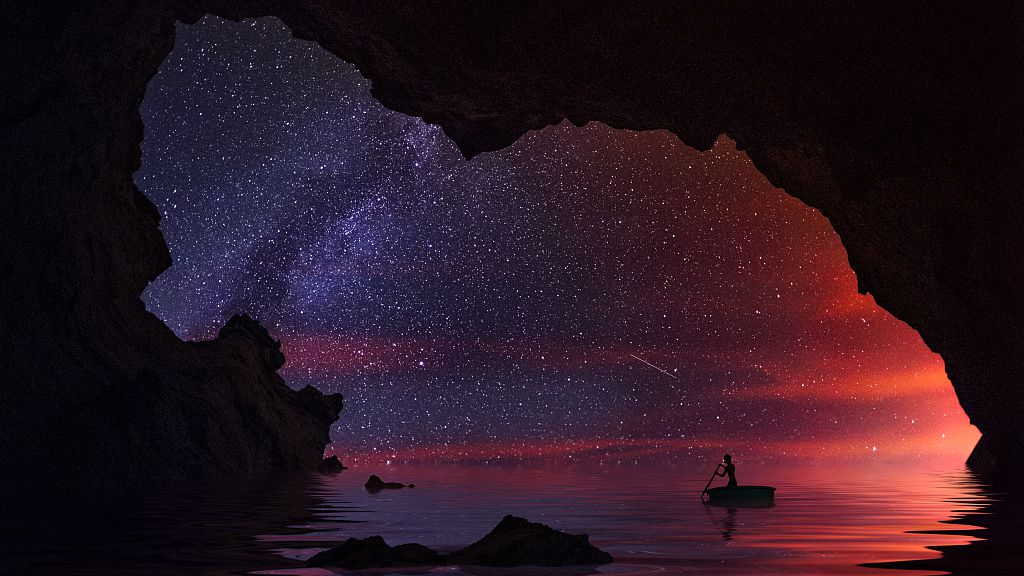 ‍We don't know how brave we can be. We dare ourselves to do things way beyond what we're capable of, maybe because subconsciously we hate to think that we're not very brave. We call it a "dream." We vaguely see that hero that we can be in our dreams, so we go for it. Sometimes dreams take five years to complete, sometimes 10 or more – some never, and some may even cost a life.
These five explorers are exceptionally fearless, and all of whom wish to connect with us as they set foot afar. As we hear their stories, we might be able to hear the echoes of our own fear, tears, courage, hysteria or simply the calm voice in our heads that says, "Do it. Leave it. I'm walking out here alive," from the lands where they left their footprints, oceans they sailed into, or the storms they weathered with courage and faith. 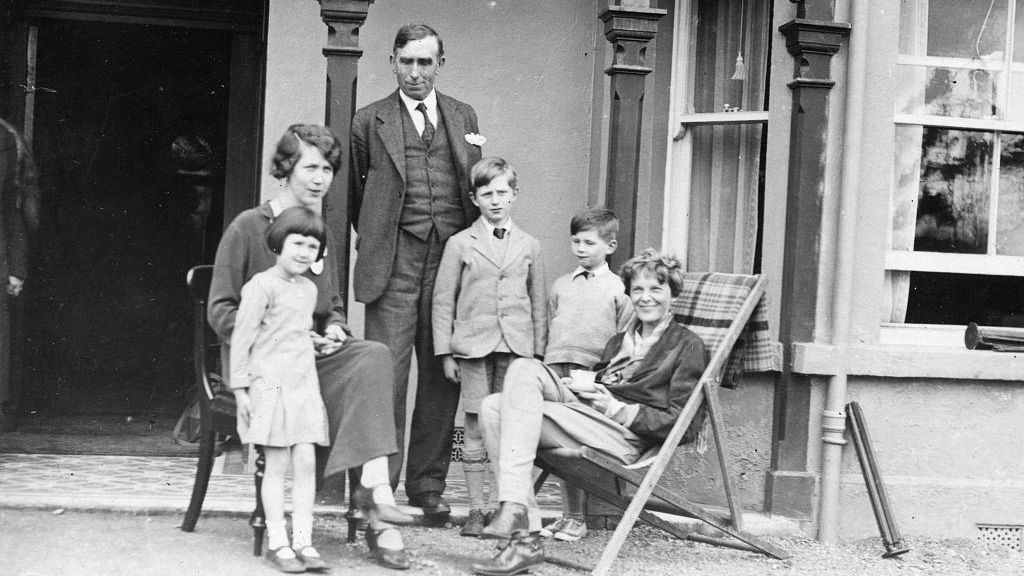 During the Christmas holiday of 1917, Amelia Earhart visited Toronto and saw injured soldiers who had returned from World War I. She received nursing training at the Red Cross and volunteered and worked at the Toronto Military Hospital till the signing of the Armistice Agreement in November 1918.
It was during this time she attended an air show with a friend. A pilot saw them and swooped down to see them. "I bet he said to himself, 'Watch me. I'm going to play a trick on them,'" Amelia said. She was afraid but excited. "I didn't understand it at the time. But when the little red plane flew past me, I knew it spoke to me."
In December 1920, Amelia and her father visited an airport in Long Beach, California, where a flight experience changed her life. "When I reached two to three hundred feet in the air, I knew I have to fly." She then drove trucks and worked at a local telephone company to earn her training fee. Her teacher was also a pioneering female pilot.
On June 17, 1928, Earhart accompanied pilot Wilmer Stultz and copilot/mechanic Louis Gordon on a flight from Trepassey Harbor, Newfoundland, to Pwll near Burry Port in South Wales, in 20 hours and 40 minutes. During the trip, she was given the duty of keeping the flight log, but most of the time, she felt like a passenger.
Earhart quickly rose to fame for her pioneering flights, excellent aviation techniques, and her resemblance to Charles Lindbergh, a famous male American aviator in terms of physical appearance. She toured and delivered public speeches, started her own clothing line and took the position of assistant editor at Vogue Magazine to promote aviation among the public, especially to women. All her earnings then went to her aviation ambitions.
On May 20, 1932, the 34-year-old pilot set off from Harbour Grace, Newfoundland, on a flight to Paris in her single engine Lockheed Vega 5B to emulate Charles Lindbergh's solo flight five years earlier. After flying for 14 hours, and 56 minutes – during which she battled with strong winds, icy conditions and mechanical problems – Earhart landed in a pasture at Culmore, north of Derry, Northern Ireland. A farmer who watched her land asked her, "Have you flown far?" Earhart replied, "From America."
In 1937, after two failed attempts, Earhart and co-pilot Fred Noonan aimed to fly from Lae Airfield, Papua New Guinea, to Howland Island, U.S. They did not make it, and their wreckage has never been found. Some say they ran out of fuel, but it's at least certain that radio problems caused them to lost contact with the ground. 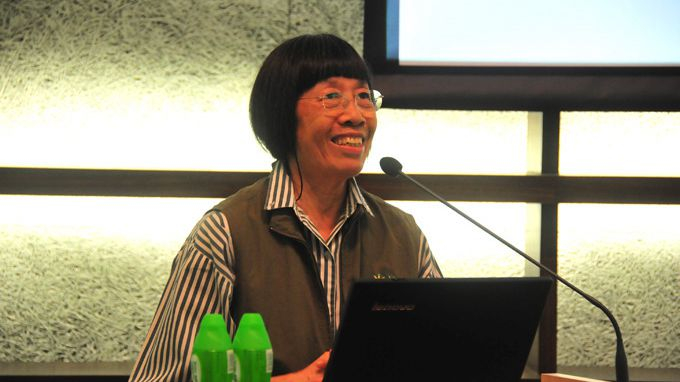 Lee Lok Sze gives a lecture about her experience to the poles.

Lee Lok Sze gives a lecture about her experience to the poles.

China's Dr. Lee Lok Sze worked as a professional graphic designer, painter, photographer and writer. In 1985, she joined the Chinese National Antarctic Expedition Team and first set foot on Antarctica. Dr. Lee made significant contributions to polar exploration and environmental education. In 1997, she founded the Polar Museum Foundation and also donated a collection of artifacts from her polar expeditions to the Museum of Climate Change at the Chinese University of Hong Kong.
She has traveled to the North Pole 10 times, eight to the Antarctic, four to Mount Qomolangma and trekked three times to the Taklimakan Desert.
Education about polar exploration and environmental protection are the two causes near and dear to her heart. She lives a low maintenance life, and spent every penny she had on what she loved: Expeditions and public education.
In 1985, when she traveled to Antarctica with the Chinese National Antarctic Expedition Team. She sold her apartment for around 90,000 Hong Kong dollars, which was a lot of money at the time. She never takes money for her lectures, and she never requests the hosts decorate the lecture hall in her honor. "I don't need it.  And my transportation only costs two yuan," Dr. Lee said. 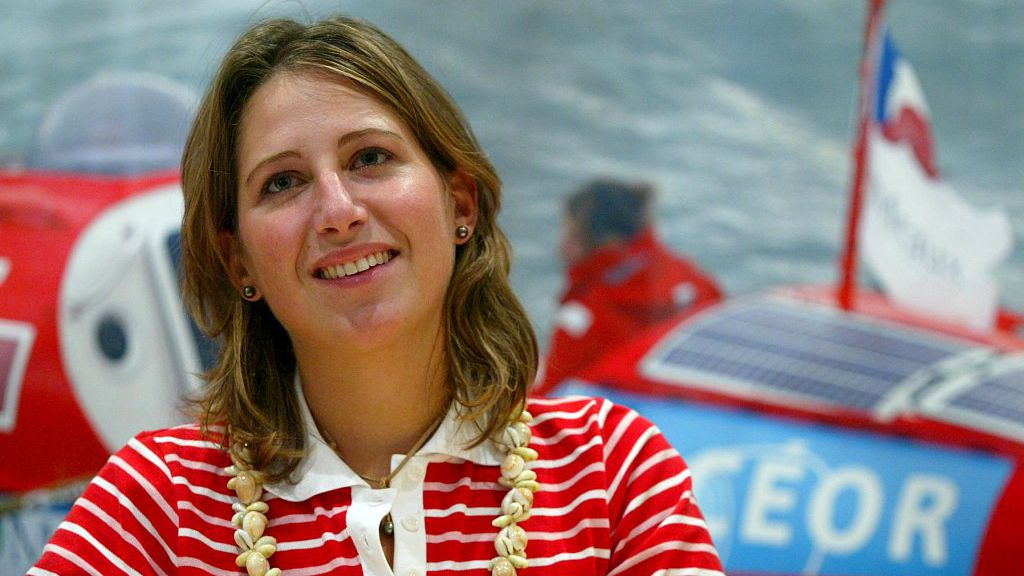 Maud Fontenoy is a French sailor known for her rowing across the Atlantic Ocean in 2003 and the Pacific Ocean in 2015. She is dedicated to protecting the oceans and plans to set up a foundation under her name.
Fontenoy works with a number of schools to help reach her environmental goals. On the website of her foundation, it shows the schools from all over the world that have been influenced by her efforts and promotion of knowledge: 55,000 primary schools, 6,000 middle schools and 7,200 high schools. 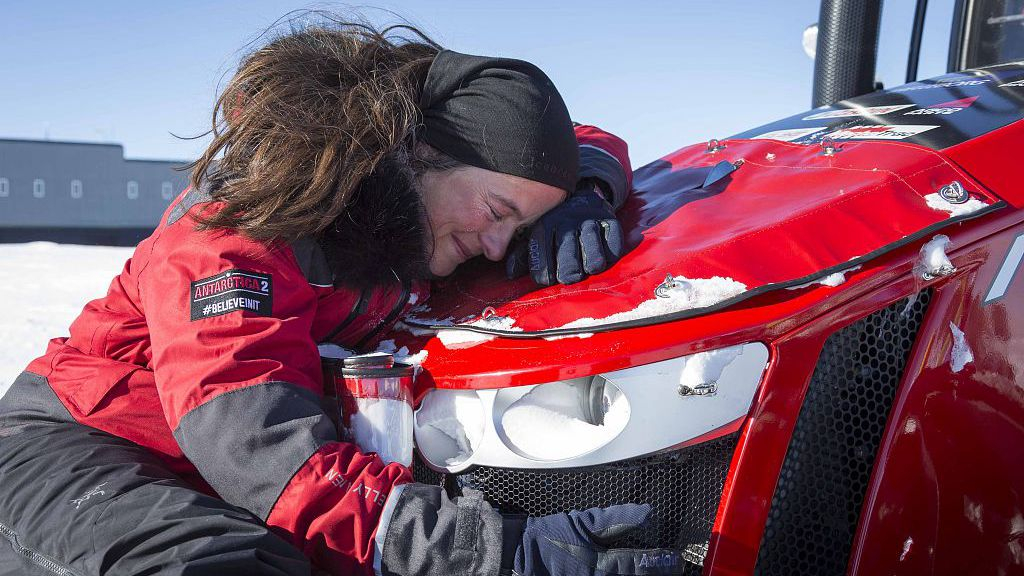 Manon Ossevoort, born in the Netherlands, was the first woman to travel from her home country to the South Pole by tractor. Yes, she's the "Tractor Girl" that you have probably seen in the viral TED Talks.
When Manon turned 24, she started her goal of driving a tractor from her hometown, Terschelling, the Netherlands, to the South Pole. Over the course of four years, she drove her tractor across Europe and Africa to the Cape of Good Hope, but she missed the boat that was supposed to take her to Antarctica. She got stuck and didn't have the funds to get across the ocean to Antarctica. She returned home and had a baby, but did not give up on her dream.
Luckily, a company was willing to sponsor her and on a tractor named "Antarctica 2," Manon arrived with her tractor at the geographic South Pole on December 9, 2014, nine years after she first started. "I hope that people will hear about this story and think to themselves. If you can drive a tractor to the South Pole, and be safe, maybe this one dream that I have is also possible. Maybe I should just do it." 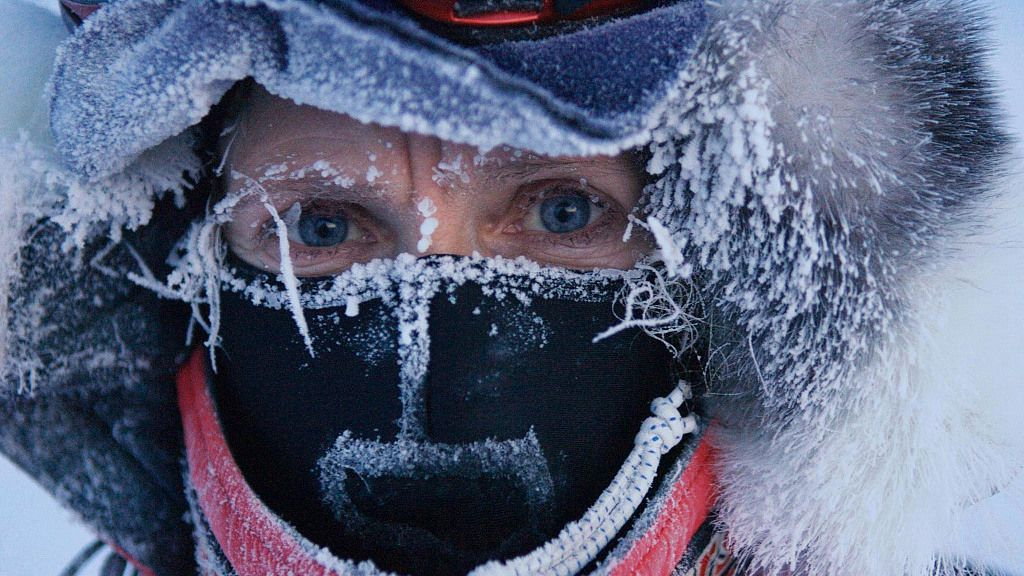 Rosie's first venture was in 1997 to the North Pole. She was in a group of 20 women, all inexperienced and "not knowing the difference between a clothes peg and a tent peg," Rosie said. With the same group of women, Rosie walked to the South Pole in 2000.
She then had the dream of doing it solo.
She did two years of hard physical training. She even relocated to Norway from her home in the UK to train how to get out of crevasses on her own. "I had to be aware of all the features of going solo," she said. "I knew I had to recharge all my equipment. I learned first aid and dental care and realized that personal hygiene was very important. There was huge apprehension, then the exhilaration of knowing that everything was leading up to my going."
In 2007, Rosie journeyed alone over the frozen surface of the Arctic Ocean for 84 days. She traveled further than any previous attempt by women to reach the North Pole solo. She battled extremely harsh conditions and after suffering frostbite and gangrene in the first week, Rosie had no choice but to amputate two of her toes. After 426 nautical miles, and only 89 nautical miles short of reaching her goal, Rosie had to give up on her chance to walk pass the "dot" – the narrow definition of the North Pole – because if she insisted on going forward, she'd put the pilots who were supposed to be picking her up later in danger. It was simply too risky for them to land on the melting ice.

Get the same view

If you're not planning on pushing yourself to either physical or geographical limits, you can slow down but still enjoy almost the same views as these pioneers once did, such as of icebergs and the northern lights, free from the dangers of harsh and dangerous weather conditions by following their footsteps to the places below. 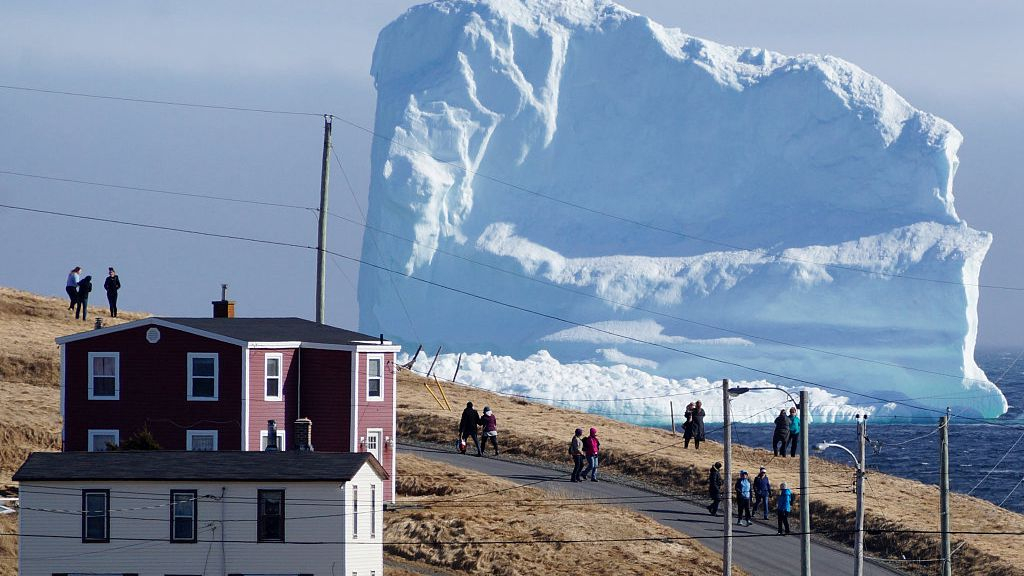 In Newfoundland, the best time to observe the icebergs is from May to early June. During this time, they can be seen from St. John's in Avalon, as well as Bonavista and Twillingate. Locals know this could be a tourism brand, as it has always been one of the visiting targets for admirers worldwide. The local reception capacity is limited, though, so it is best to book in advance as accommodation will be tight.

The seven best places on Earth to observe the northern lights are Alaska, northern Canada, southern Greenland and Iceland, and the northern parts of Norway, Sweden and Finland. Observation time spans from late August to mid-April, but if you want to have the best chances to catch the light, the preferable time is from late September to late March, as the areas become dark early, at around 6 p.m. 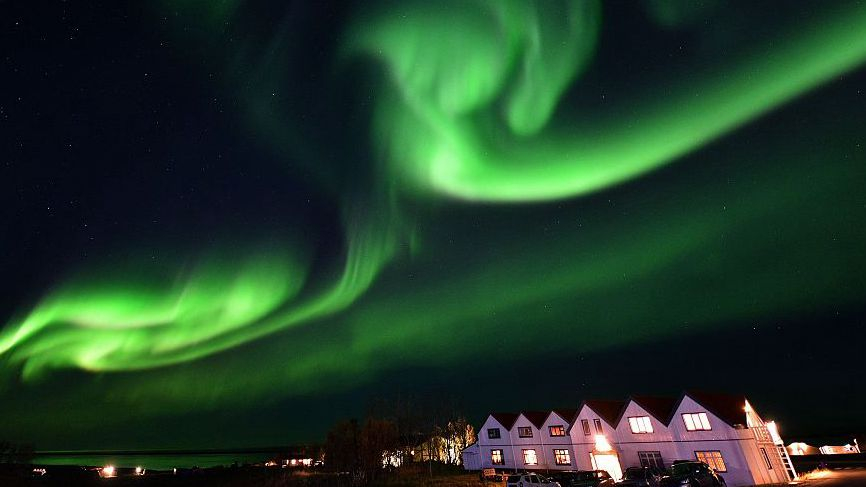 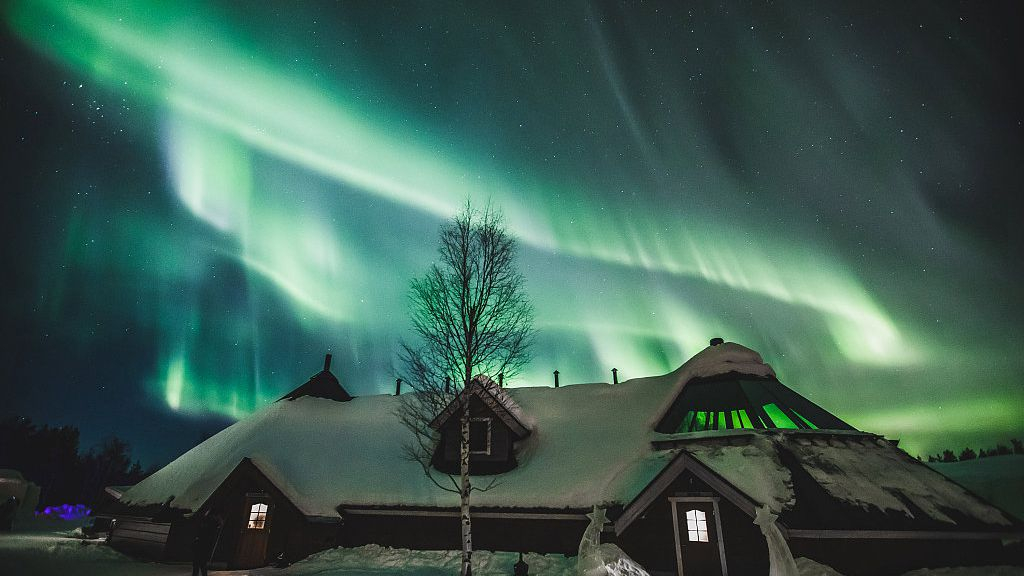 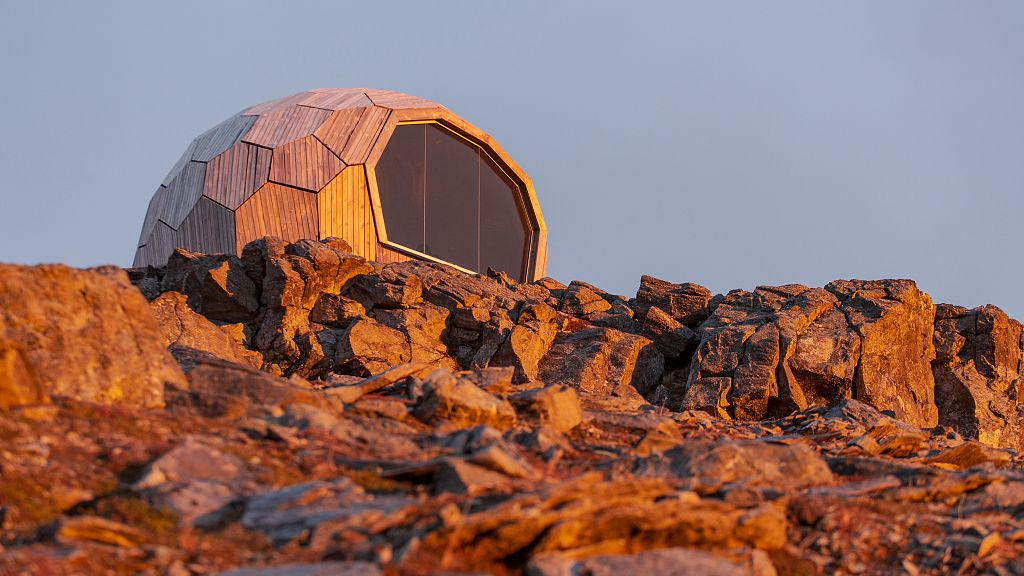 A local group from the Norwegian Trekking Association built the quirky cabin where worn out hikers can rest and recharge. It is crowdfunded, with support from local business and donation from a U.S. wood supplier. /VCG Photo

A local group from the Norwegian Trekking Association built the quirky cabin where worn out hikers can rest and recharge. It is crowdfunded, with support from local business and donation from a U.S. wood supplier. /VCG Photo 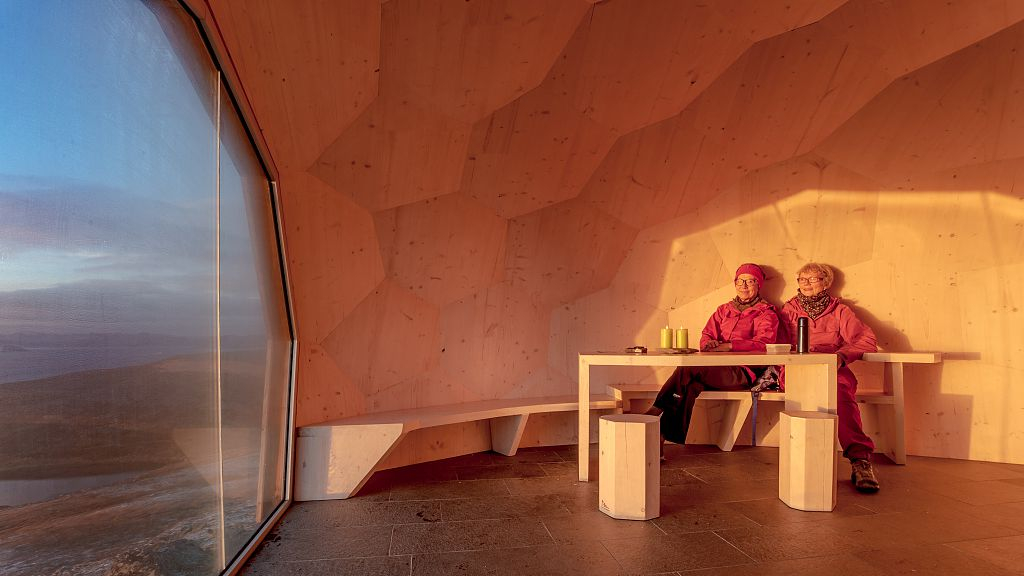 Located in the mountains of Storfjellet, hikers can take advantage of the warmth, the stove and the seats inside.

Located in the mountains of Storfjellet, hikers can take advantage of the warmth, the stove and the seats inside. 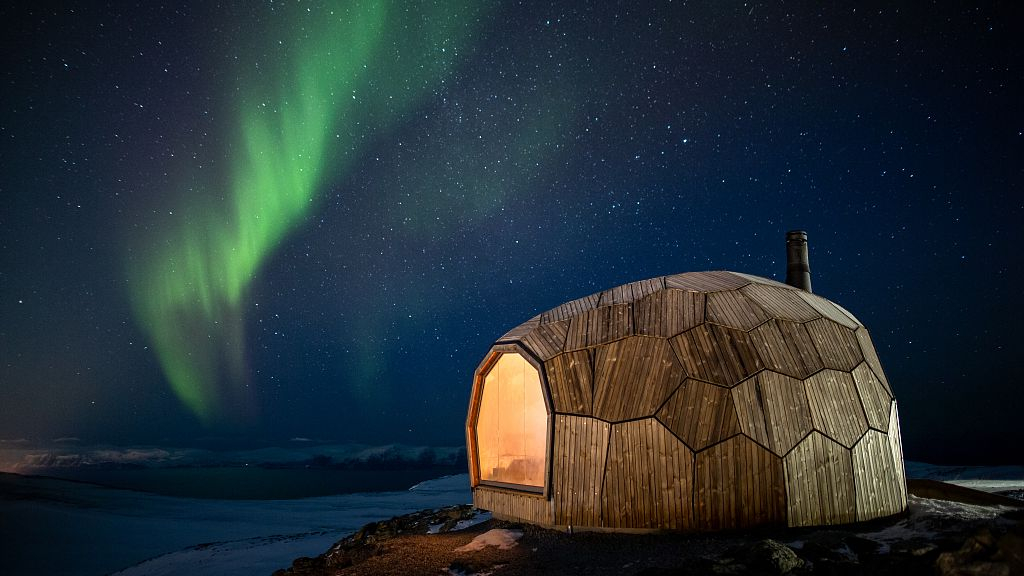 If you find yourself wandering about Hammerfest in Norway, keep your eyes out for the northern lights outside of the cabin. /VCG Photo

If you find yourself wandering about Hammerfest in Norway, keep your eyes out for the northern lights outside of the cabin. /VCG Photo

Go for the challenge

Even if you don't consider these trips to be an adventure, the conditions in these places are so different to that of what's considered a standard city life that they can still post problems, so here is some advice.
First, be fit. You don't want to let the journey itself train you into becoming someone faster and stronger; you need that beforehand because you'd be blessed if it doesn't wear you down. Rosie Stancer trained herself as much she could. According to her, it took her almost a year to recover, physically and mentally from her solo attempt.
Second, prepare your equipment and plan your routes. A thorough schedule means that we have taken as many unpredictable factors into consideration as possible because the unexpected can always be just around the corner. A tight yet flexible journey plan is needed.
Third, knowledge of all potential hazards on the trip is important. This is related to the second tip. Knowing how to deal with the prevailing wind was crucial to Maud Fontenoy, our sailor, and it's something you  should know too if you decide to venture into the vast water.
Fourth, enjoy the solitude, but don't let it devour you. Don't lose touch with your loved ones and come back safe.