China-US dialogue back on track, but what does it mean?
John Gong 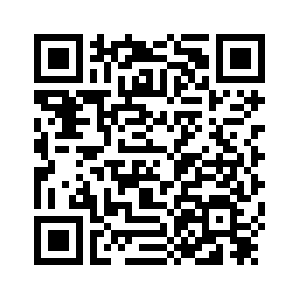 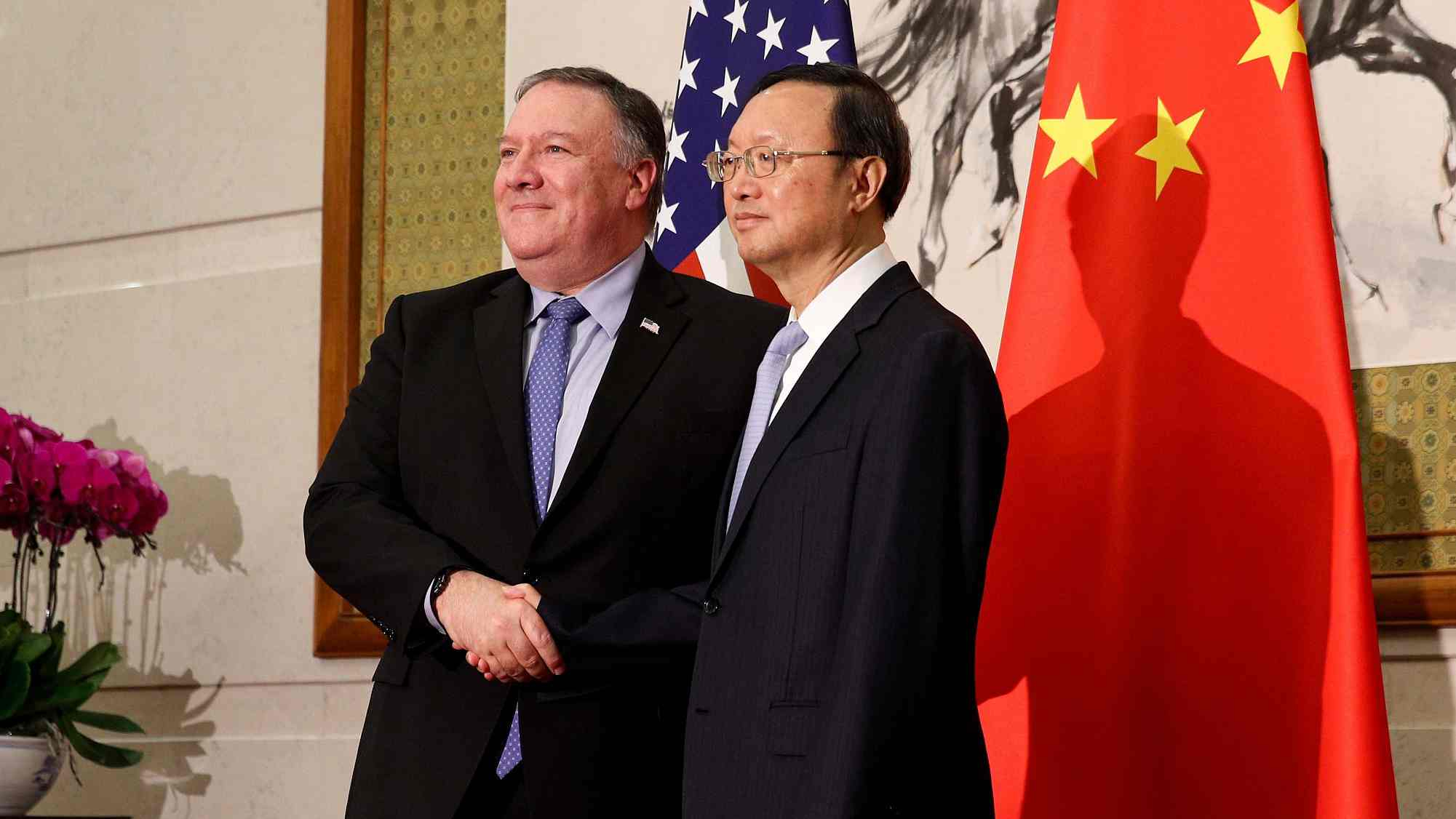 Editor's note: Dr. John Gong is a research fellow at the Charhar Institute and professor at the University of International Business and Economics. The article reflects the author's opinion, and not necessarily the views of CGTN.
It all began with a phone call and a tweet.
Last Thursday US President Donald Trump called Chinese President Xi Jinping, followed by a tweet, in which he said:
"…we talked about many subjects, with a heavy emphasis on Trade, those discussions are moving along nicely with meetings being scheduled at the G-20 summit in Argentina."
It appears that the Sino-American relationship is finally witnessing a thaw, and things are starting to move rapidly.
Yesterday, Chinese Vice President Wang Qishan, while addressing the Bloomberg New Economy Conference in Singapore said that  "China will stay calm and sober-minded, embrace greater openness and work for mutual benefit."
More importantly, he indicated that the Chinese side is ready to have discussions with the US on issues of mutual concern and work on a solution on trade issues, acceptable to both sides. 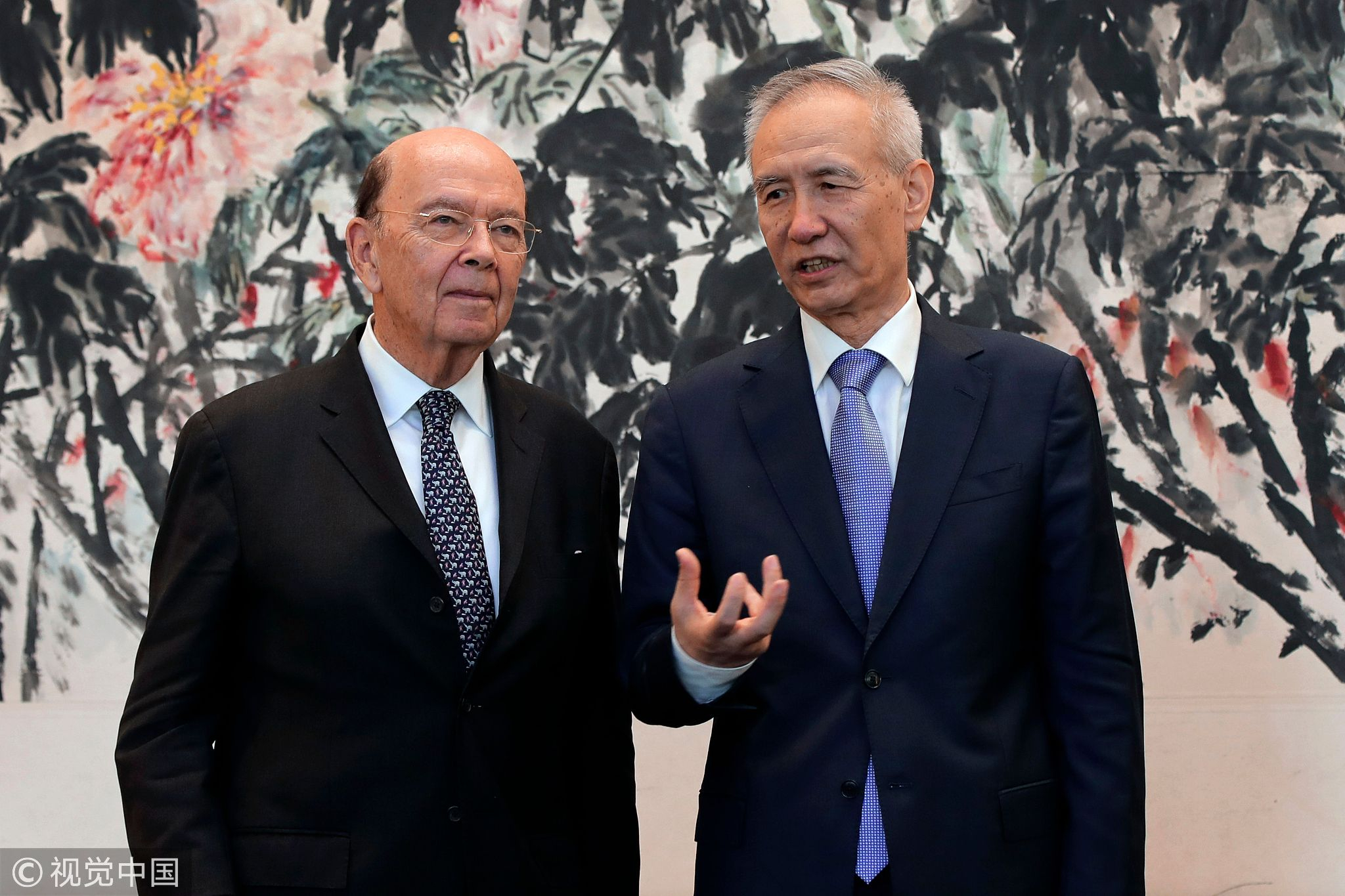 US Commerce Secretary Wilbur Ross (L)  with Chinese Vice Premier Liu He (R) during a photo session after their meeting at the Diaoyutai State Guesthouse in Beijing on June 3, 2018. /VCG Photo‍

US Commerce Secretary Wilbur Ross (L)  with Chinese Vice Premier Liu He (R) during a photo session after their meeting at the Diaoyutai State Guesthouse in Beijing on June 3, 2018. /VCG Photo‍

Immediately after Wang's remarks came the news that the two sides will hold a top-level diplomatic and security dialogue in Washington this Friday.
Chinese Foreign Ministry spokesperson Hua Chunying announced on Tuesday that the second round of Sino-US Diplomatic and Security Dialogue will be held on November 9 in Washington DC, which will be co-chaired by Yang Jiechi, a member of the Political Bureau of the Communist Party of China Central Committee and US Secretary of State Mike Pompeo and Defense Minister James Mattis. Chinese Defense Minister Wei Fenghe will also attend the event.
The dialogue was supposed to happen in October but got delayed due to China-US trade tensions. Now, it looks like that things are back on track again.
But, one has to wonder what led to Washington's sudden U-turn. After all, only a month ago, on October 4, US Vice President Mike Pence delivered a venomous speech, which was seen as an all-out assault on China, where he vowed that Trump would never back down from the position of challenging China and that America will not be swayed by any influence to soften its approach on dealing with China, even though several polls have suggested that the American people have no appetite to pick a fight with China.
Instead, some American people are swayed by Trump, ready to battle the phantom caravans south of the border, while others are more ready to "fight" Trump himself – at the midterm polls today.
This is American politics going back and forth, revved up by Trump's bluffing and bravado. However, regardless of the fanfare in the White House, ultimately the fundamental mutual interests of the two countries will bring the two sides back to the negotiation table. 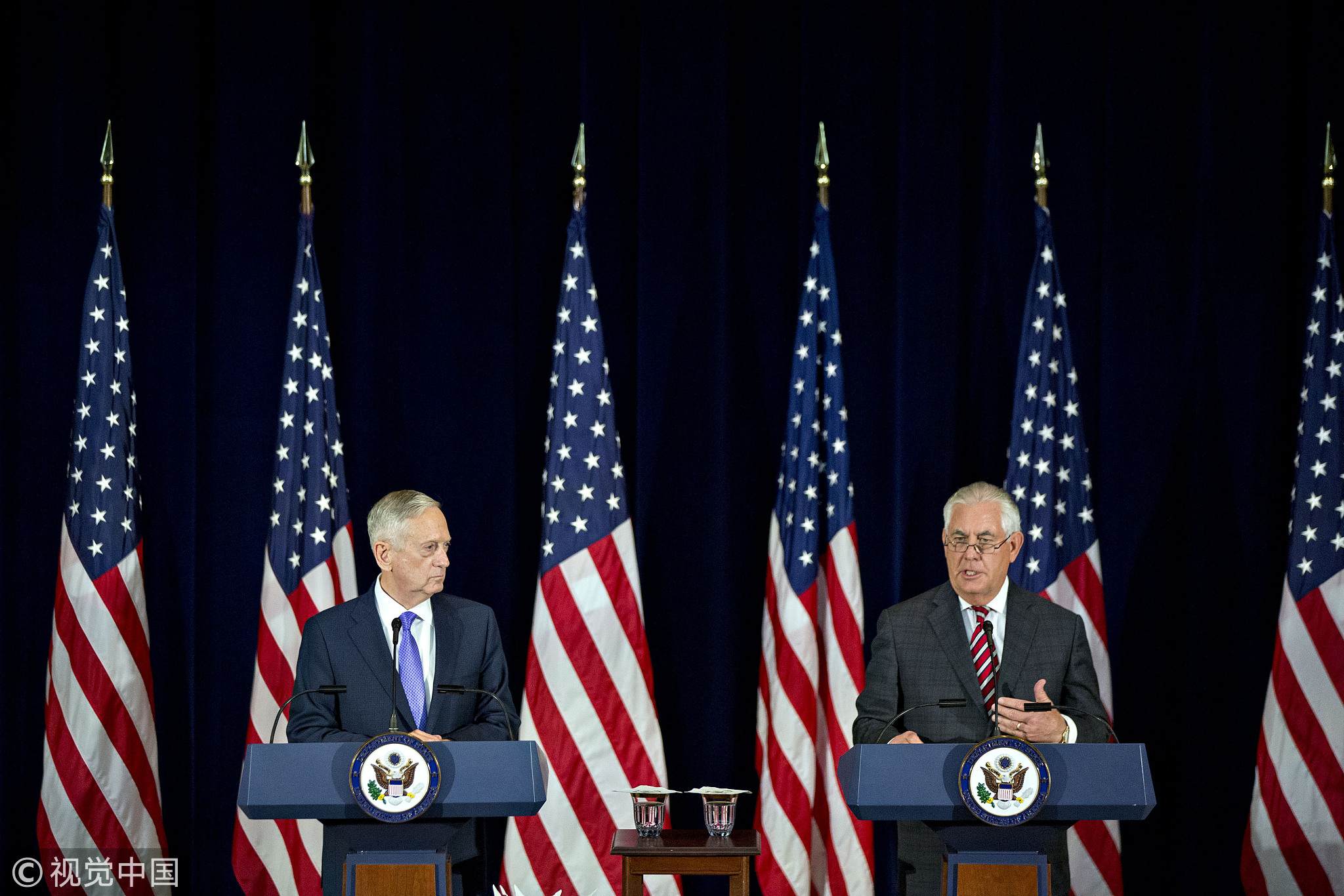 Rex Tillerson, former US Secretary of State (R) with James Mattis, US Secretary of Defense (L) at a news conference following the inaugural US-China Diplomatic and Security Dialogue meeting at the State Department in Washington, DC, US, June 21, 2017. /VCG Photo

Rex Tillerson, former US Secretary of State (R) with James Mattis, US Secretary of Defense (L) at a news conference following the inaugural US-China Diplomatic and Security Dialogue meeting at the State Department in Washington, DC, US, June 21, 2017. /VCG Photo

The next question is what the two sides are going to talk about?
As the dialogue is focused on diplomacy and security issues, relevant issues will certainly be on the table.
I believe that the Iran nuclear deal will be discussed. China has so far been considerably cooperative with the Trump administration on its sanction agenda.
The two sides will certainly also talk about the Democratic People's Republic of Korea (DPRK). So far, China has immensely cooperated with the US and the international community in terms of strictly enforcing the UN resolutions on the DPRK. They will surely talk about the situation in the South China Sea, as well as China's Taiwan region.
Apart from these issues, trade is also likely to be on the agenda. Note that in Trump's tweet, he said that discussions between the two sides are moving along nicely, with a heavy emphasis on trade.
Press releases from both sides did not provide a complete list of the Chinese delegation; nevertheless, I am quite certain that there will be some representatives discussing trade issues.
We have got only two weeks before the two presidents meet in Argentina for the G-20 summit. And most of the issues need to be ironed out before they finally haggle over a few remaining thorny ones.
The Xi-Trump meeting at the G-20 summit will happen around Thanksgiving. As the festival is all about expressing gratitude, I hope both sides will keep the spirit of the festival in mind and be grateful for the overall development in Sino-American relations in the last 40 years, and work to keep advancing the bilateral relations.
(Cover photo: US Secretary of State Mike Pompeo (L) shakes hands with Yang Jiechi, a member of the Political Bureau of the CPCCC at the Diaoyutai State Guesthouse in Beijing on October 8, 2018. /VCG Photo)
(If you want to contribute and have specific expertise, contact us at opinions@cgtn.com)