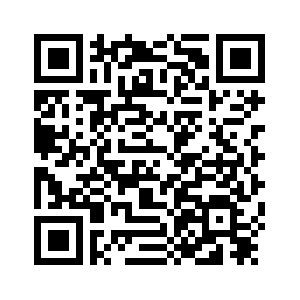 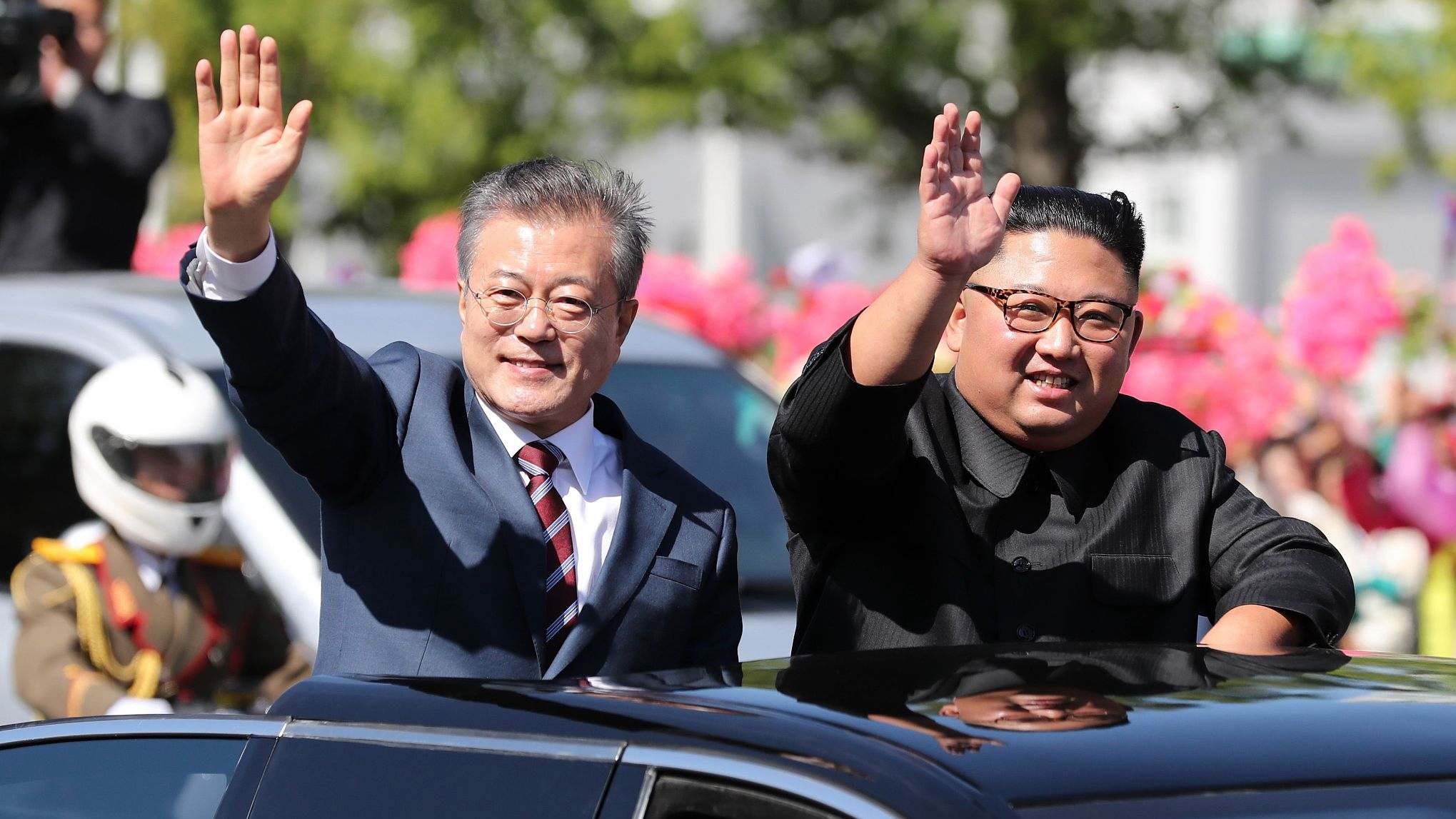 The Republic of Korea (ROK) and the Democratic People's Republic of Korea (DPRK) will hold a groundbreaking ceremony for a project to modernize and connect roads and railways on December 26 at Panmun Station in the DPRK's border town of Kaesong.
The event, however, is not the actual start of construction, making the move a symbolic one as long sanctions remain in place.

A special train carrying nine cars will bring around 100 ROK participants, including parliamentary leaders, to the ceremony which is to be held at 10 a.m. on Wednesday, according to ROK's unification ministry.
Read more:
Is ROK-DPRK railway cooperation a fantasy or reality?
DPRK and ROK halt all 'hostile' military acts near border
They recently concluded an 18-day inspection of the DPRK's railways in the western and eastern regions after the United Nations (UN) granted a sanctions waiver, ending a months long delay in the joint work, said Yonhap.
On Monday, the ROK sent an advance team, composed of 31 officials from unification and transport ministries, to the DPRK to prepare for the ceremony. 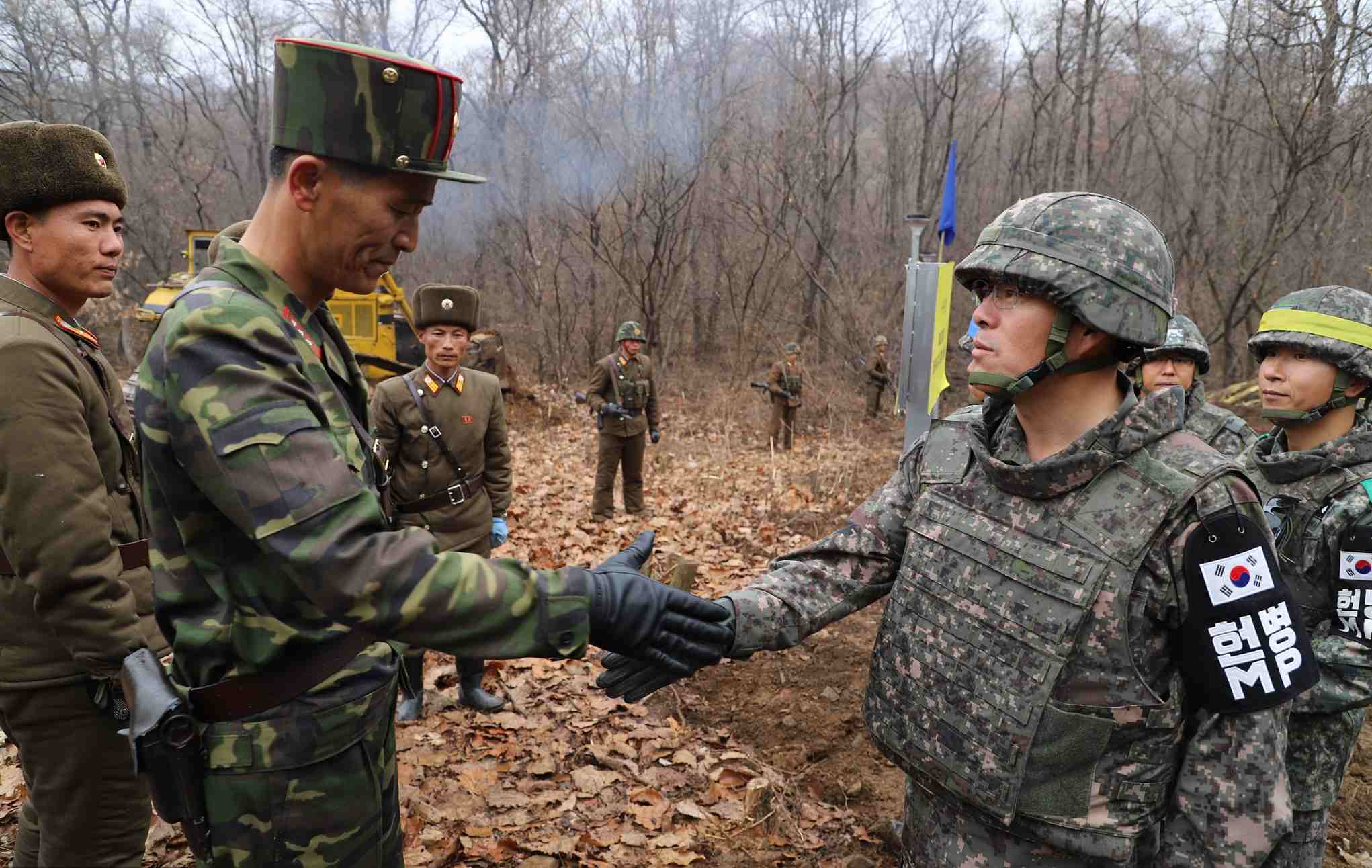 An ROK soldier (R) shakes hands with a DPRK soldier near the DMZ. /VCG Photo

An ROK soldier (R) shakes hands with a DPRK soldier near the DMZ. /VCG Photo

This came a day after a 14-member advance team made a single-day trip to the venue for the ceremony.
The two sides agreed to hold the event as part of efforts to enforce the agreement between ROK President Moon Jae-in and DPRK leader Kim Jong Un.
After their first summit in April at the truce village of Panmunjom, Moon and Kim agreed to modernize and connect railways and roads along the eastern and western Korean Peninsula.
They long for the engagement as the system could bring huge economic benefits to the peninsula – DPRK factories will be able to link up with markets in its neighbor, and ROK exporters can find a faster route to China and Eurasia – only if restrictions on the DPRK can be lifted in the future.

Inter-Korean commercial or economic projects have been frozen due to international sanctions and the ROK's alliance with the United States.
Negotiations between Pyongyang and Washington have made little progress in the past few months, as differences between the two sides remained over the scale of denuclearization, U.S. sanctions, and whether to issue a war-ending declaration.
Acting as a diplomatic mediator, Moon is following a dual-track strategy to engage Kim while keeping the U.S. onside.
While Go Myong-hyun of Seoul's Asan Institute think tank was pessimistic with Moon's rule.
“This is not sustainable. South Korea (ROK) has written a lot of blank checks to everyone and all those checks are bouncing.”
The ROK president understands the challenge of lifting sanctions without progress on denuclearization, while experts play down the hope the DPRK will totally denuclearize.

The DPRK and the U.S. have been involved in give-and-take negotiations since the historic summit between U.S. President Donald Trump and Kim in June opened up dialogue on denuclearization of the Korean Peninsula between the two countries after months of military threats.
But the pair seems to be at a dead end.
Read more:
Full text: Trump and Kim's joint statement
Trump says he and Kim Jong Un 'in love'
For its part, Washington maintains that UN sanctions will remain in place until the DPRK has fully scrapped its weapons programs and the UN Security Council has slapped a series of tough economic sanctions on Pyongyang over its nuclear tests and ballistic missile firings.
The DPRK has also given a warning to the U.S. that Pyongyang won't disarm unless their "vicious anti-DPRK hostile actions" are stopped. 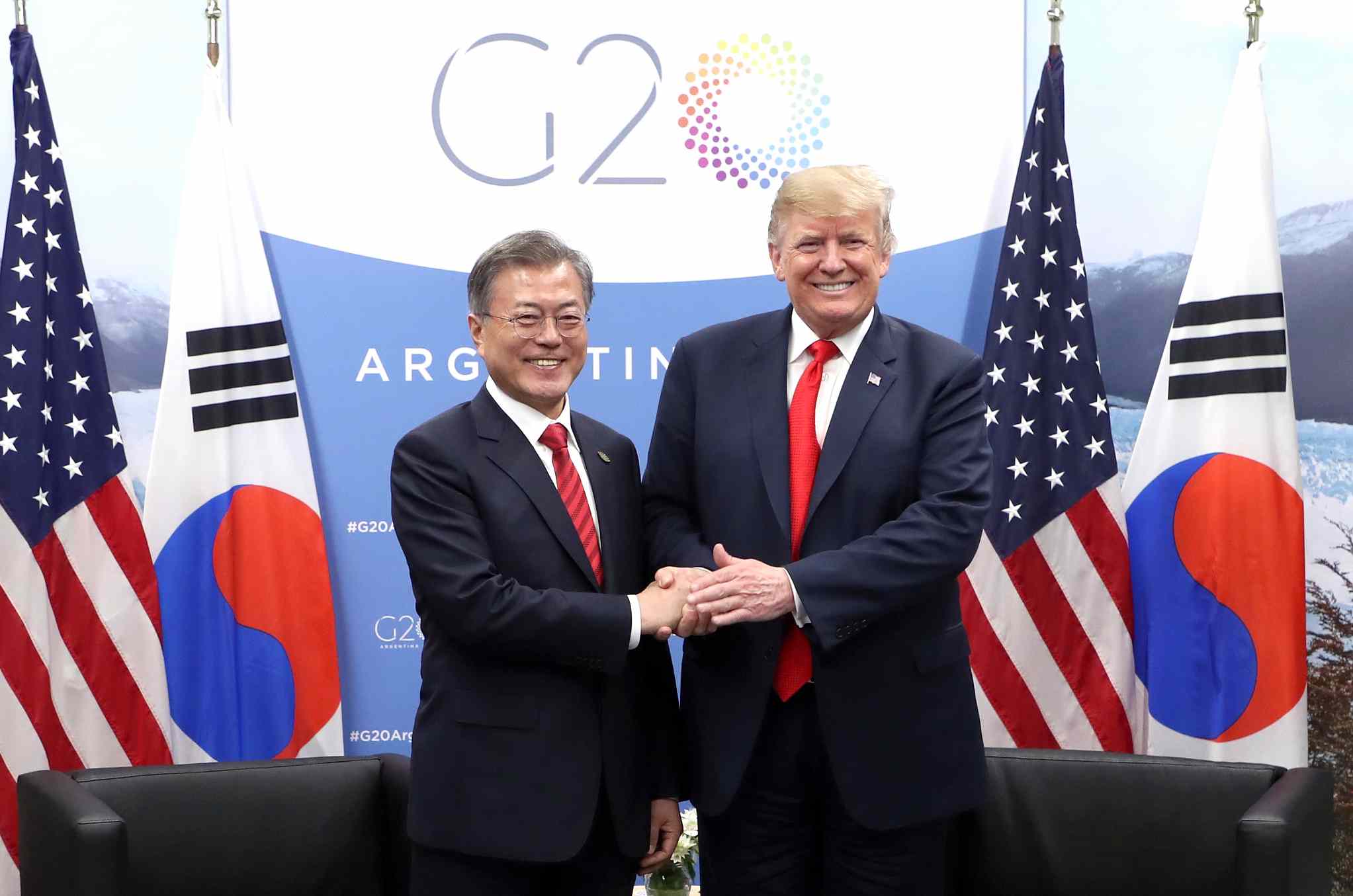 How can progress in denuclearization take place if no one is willing to take a step back? American writer and commentator Tim Shorrock believes that everyone should count on the ROK side.
The real question is not how soon will Kim give up his nuclear weapons but whether and how the ROK and DPRK will continue their peace process after a year which saw some of the most dramatic steps towards Korean reconciliation since the end of the Korean War, the writer added.
Other experts, however, don't believe the DPRK side.
David Albright, a former UN nuclear inspector and nuclear proliferation analyst at the Institute for Science and International Security, blamed the DPRK for "never really [intending] to accomplish that goal," regarding negotiations with Washington, which wants a one-shot denuclearization process.
Michael Fuchs, former deputy assistant secretary of state for East Asian and Pacific Affairs during the Barack Obama administration, said there is a very low probability that the DPRK will give up its entire nuclear arsenal in a short period of time.
They will try to maintain their nuclear program in some capacity in exchange for economic support, said Ralph Cossa, president of the Pacific Forum at the Center for Strategic and International Studies.