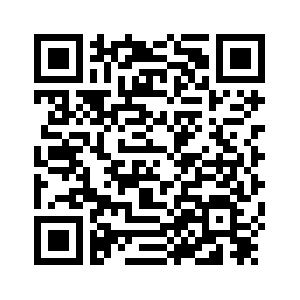 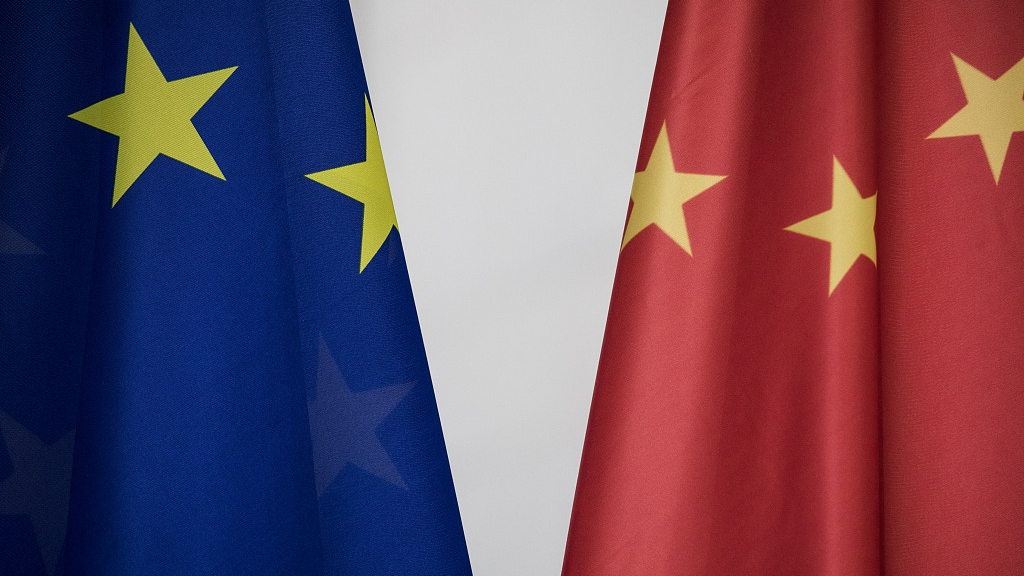 Editor's Note: Zhang Bei is an assistant research fellow at the Department for European Studies of China Institute of International Studies. The article reflects the author's opinion, and not necessarily the views of CGTN.
A defining moment for China-Europe diplomatic engagement will unfold from March 21 to 26 as Chinese President Xi Jinping visits Italy, Monaco and France, choosing Europe for his first 2019 foreign visit.
In early April, the annual China-EU summit will be held, where Premier Li Keqiang will participate to meet with EU leaders.
These arrangements fully exhibit the priority position that Europe enjoys in China's foreign policy and China's commitment in promoting bilateral ties through high-level dialogue and cooperation.
The fact is that the urgency of solidifying and promoting China-Europe relations seems more crucial in the current scenario for the following reasons:
The first contributing factor is extreme changes on the international front, which China calls "great changes unseen in 100 years," while Europe is discussing "the erosion of the liberal international order."
And there are several evident symptoms in the current international environment, for example, unilateralism runs rampant, protectionism goes unchecked, pro-globalization forces are being pushed back, and the rise of cold-war mentality.
Many are left to wonder whether the mankind is standing at a historical crossroad or, in a pessimistic light, staring at a future of unknown depth and distances. Under the clouds of uncertainty hanging over human society, China and Europe, as two strategic powers for peace and development, have the willingness and capabilities to send signals of continuity and stability to the whole world.
The second factor explains that urgency is a gradual shift in Europe's perception of China. Although, the overall tone in Europe on China is still positive, there have been negative voices, which are truly worrying and risk derailing China-Europe cooperation if they continue to accumulate.
What happened exactly in the last couple of years? Europe has pointed at many things related to China that they are unhappy with. However, from Chinese perspective, the sense of uneasiness in the European side starts with China's economic growth, its confidence has nudged Europe a bit out of its comfort zone.
In addition, Western instigation plays a key role in the shifting of European opinion toward China. No wonder the book "Hundred-Year Marathon" and the "engagement has failed in China" argument, that emerged in the U.S. and assimilated in Europe, has negatively inspired quite a few European spin-offs, who are sensational, poisonous and misleading.
The unpredictable U.S. policy toward China has led many Europeans to secretly hope they could free-ride on U.S.'s hardening approach toward China.
In totality, it is urgent to adapt China-Europe relations in the developing international context, helping the duo to weather the growing pain, and bring the best of the partnership to serve world peace and development.
The two sides need to renew the spirit of "comprehensive strategic partnership", and add more substance to the four pillars of "peace, growth, reform, and civilization". 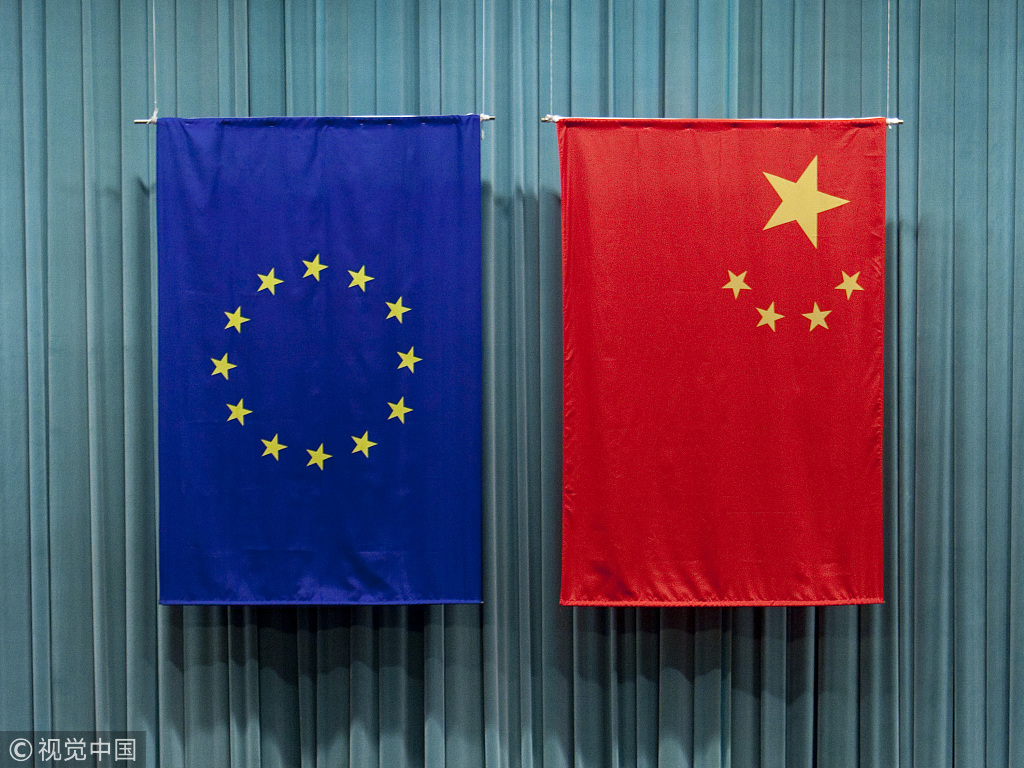 The Chinese and European Union flags at the Central Party School of the Communist Party of China in Beijing, May 17, 2011. /VCG Photo

The Chinese and European Union flags at the Central Party School of the Communist Party of China in Beijing, May 17, 2011. /VCG Photo

Besides, they should see stable and thriving China-Europe relations in the light of contributing to the world peace. In an age of increasing geopolitical tension, the friendly nature of China-Europe relations is the bedrock against power rivalry.
Furthermore, it's necessary for the two sides to work out their differences in the process of boosting bilateral cooperation. Only by exploring new growth areas could China-Europe cooperation gain inexhaustible impetus.
China and Europe are in their own reform endeavors and should work better as partners in global governance reform for the common good. Only in the light of civilizational existence could Europe and China truly understand each other from the past and in the present, and future.
(If you want to contribute and have specific expertise, please contact us at opinions@cgtn.com)