Is U.S. prepared for a Long March?
Liu Jianxi 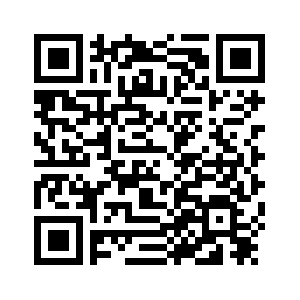 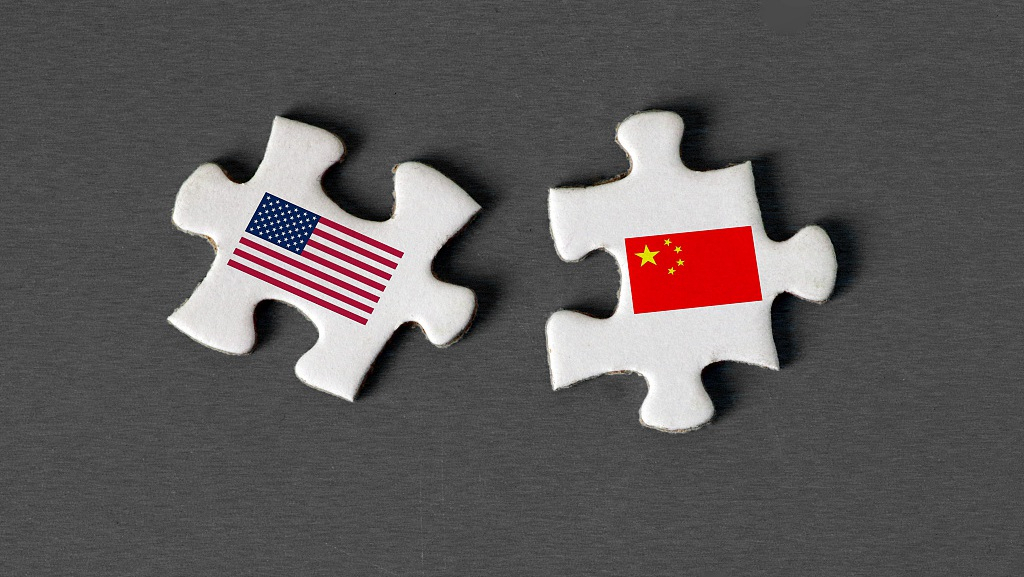 "Billions of dollars are pouring into the coffers of the U.S. because of the tariffs being charged to China," U.S. President Donald Trump boasted trophies of his trade measures on Chinese products on Twitter last November.
The president vowed to use "every lawful presidential power to remedy trade disputes" since his campaign trail in 2016, but in spite of Trump's triumphant tweet, figures show that the trade war against the world's second-largest economy turned out to be dragging the U.S. further into the economic quagmire.
Oxford Economics estimated that the tariffs in place since 2018 cut U.S. GDP by about 0.1 percent this year. The country would see its GDP growth shrinking to below two percent and lose nearly 200,000 jobs if Trump insists the tariff hikes on 200 billion U.S. dollars worth of Chinese imports and if Beijing retaliates.
Trump's aggressive approach on China was to reduce the U.S. trade deficit with China, but the endeavor was met with a widened trade gap with China.
If Trump's tariff threat is a big gamble, then the businessman-turned-president is losing it.
The global value chain is determined by the market law, which means different segments of the chain – research, manufacturing, assembly, and distribution – are designated to countries in accordance with their comparative advantages. This is how globalization works, and any violation of it will backfire. 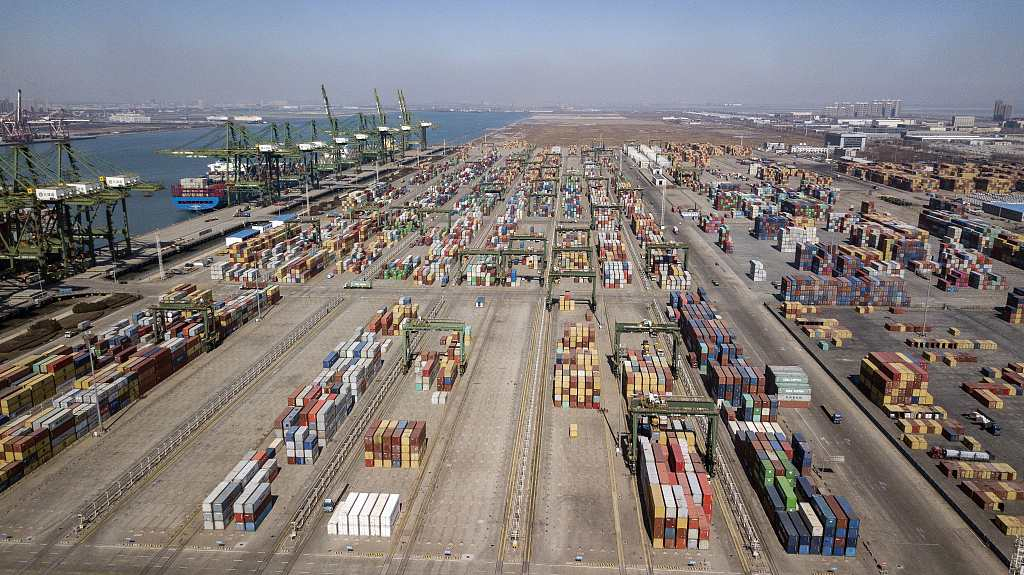 With its extensive labor force and abundant resources, China can provide countries at the higher end of the value chain less-expensive but better-quality products. While U.S. exports to the Chinese market plummeted by 26.8 percent in the first four months of 2019, Chinese exports to the U.S. dipped by only 4.8 percent.
This is vivid evidence of American customers' heavy dependence on Chinese imports. Trump may need to figure out how the global value chain works before advising that Americans buy alternatives from non-tariffed states or domestic market.
Also, don't forget China's market with 1.4 billion consumers, which means the country is also one of the most sought-after destinations of export across the globe. Iowa's biggest newspaper, Des Moines Register, is straightforward about the pains of losing the Chinese market – "It can't get any worse."
The price of American soybeans, as a result of the tit-for-tat U.S.-China trade war, is hovering at the lowest level in more than a decade. "It's a physical and mental challenge," the newspaper quoted American farmer Renner.
Yes, Trump promised new aid package to farmers. But the 15 billion U.S. dollars to 20 billion U.S. dollars that Trump announced earlier is far from enough to compensate farmers' losses, considering China's purchases of 60 percent American soy exports in 2017.
Earlier, the National Retail Federation and the American Soybean Association explicitly voiced their opposition to Trump's tariff-driven attack against the biggest buyer of American corps. 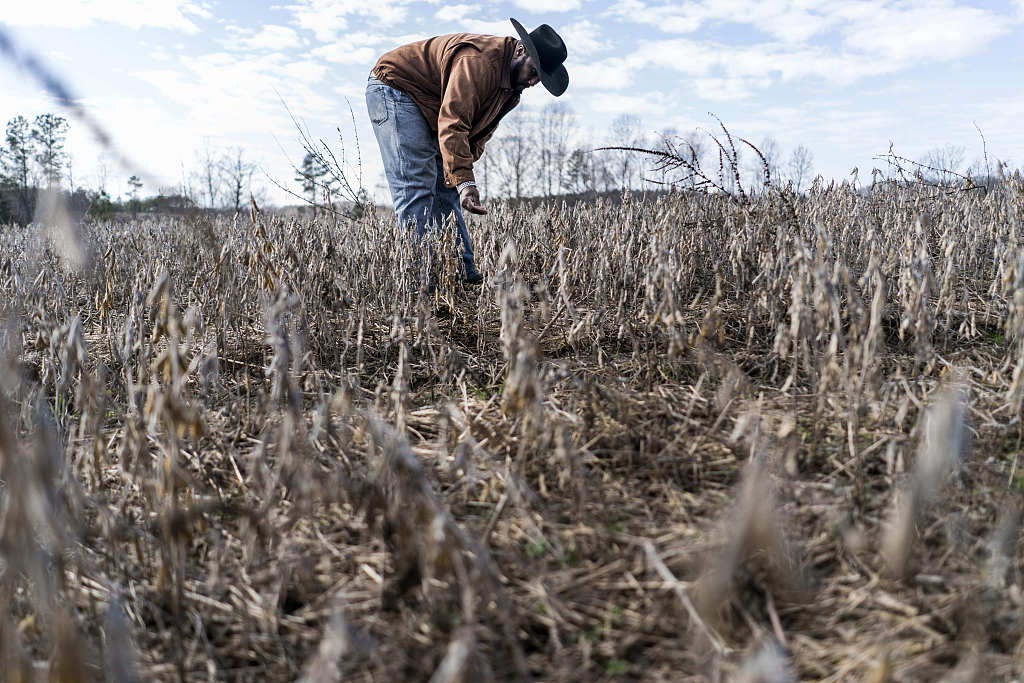 Imposing additional tariffs on Chinese products is against the rulebook of global trade. Admittedly, China may be responsible for job losses in certain sectors, for instance, manufacturing, but this is an inevitable outcome of global integration.
Before accusing China of stealing jobs, hawkish American politicians may need to calculate the benefits the U.S. has reaped from exporting goods to and manufacturing in China. Goldman Sachs' 2018 report shows that Apple's production costs would see a 37-percent raise if it moved its production and assembly plants to the United States.
Launching a trade war against the Asian giant in the hope of remedying U.S. trade problems is too simplistic. The "billions of dollars" that Trump boasted are pouring into the United States is paid by the country's long-term economic well-being.
"The most basic lesson of trade theory, practice and policy is not to stop trade – which would lead to falling living standards, economic crisis, and conflict," Jeffrey Sachs, a professor and director of the Center for Sustainable Development at Columbia University, wrote on CNN.
The Trump administration may need to work harder on homegrown solutions to aid those left behind in the globalization. This is much more realistic to solve the country's economic problems than lashing out at China for rising inequality.
Beijing has shown no sign of capitulating and, as its state news agency Xinhua reported, is ready to embark on a new "Long March." Is the U.S. prepared for the same Long March? This is perhaps what Trump needs to ponder before escalating the trade frictions.
(If you want to contribute and have specific expertise, please contact us at opinions@cgtn.com.)