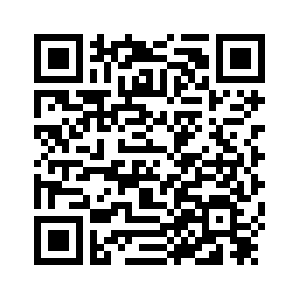 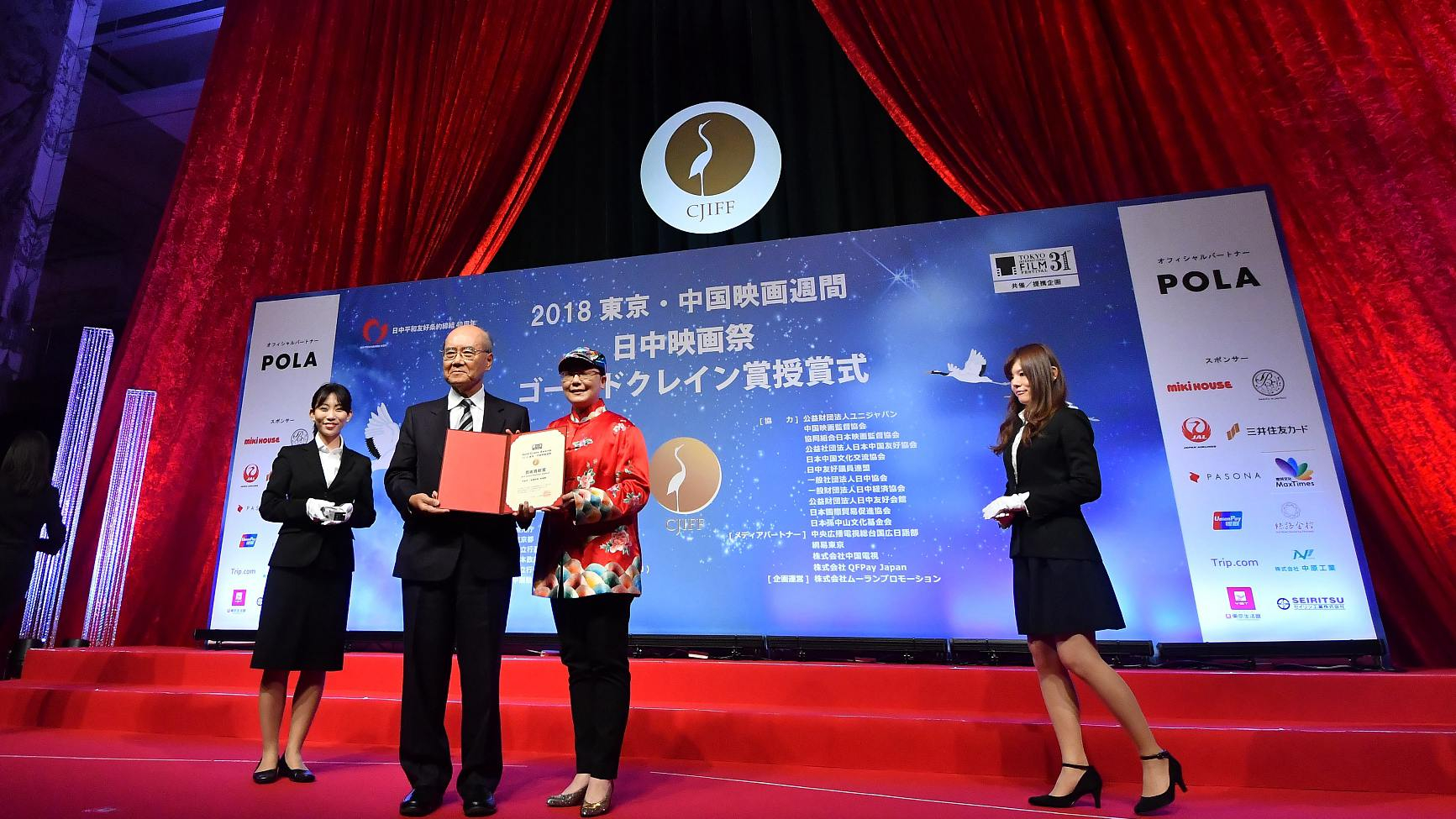 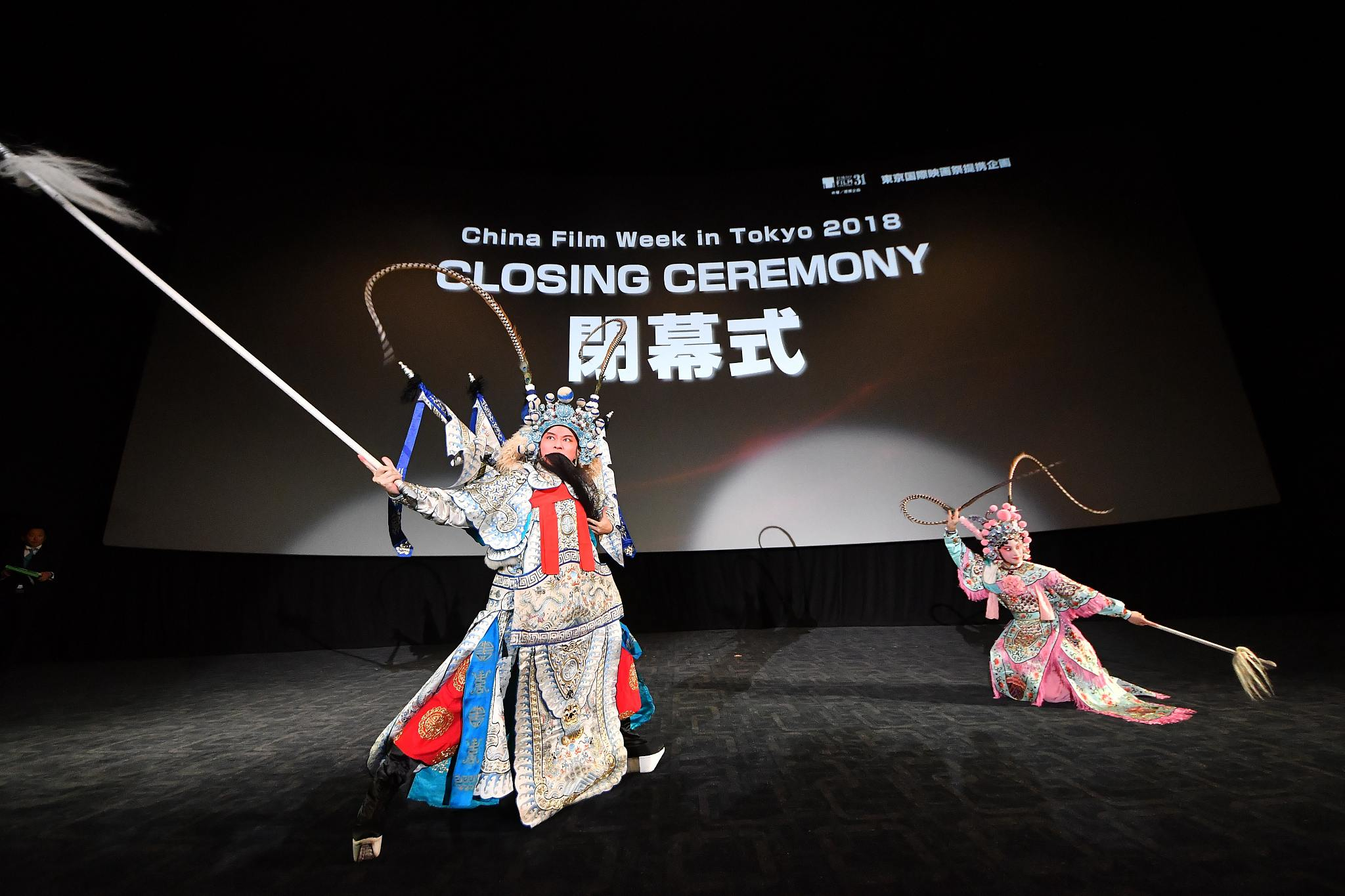 The actors performed at the closing ceremony of China Film Week in Tokyo 2018. /VCG Photo

The actors performed at the closing ceremony of China Film Week in Tokyo 2018. /VCG Photo

Koichiro Matsuura, the former director-general of UNESCO, presented the Award for Best Artistic Contribution to "Jing Yang Zhong."
Matsuura is connected to Chinese Kunqu as Kunqu Opera was featured in one of the first batches of "Intangible Cultural Heritage Lists" by UNESCO.
As Xinhua News Agency reported, Koichiro Matsuura felt very happy and honored to be the award presenter when "Jing Yang Zhong" won.
"It has been 17 years since Chinese Kunqu Opera was listed on the 'Intangible Cultural Heritage Lists' by UNESCO on 2001. Over the past 17 years, China's excellent traditional culture has been better protected and developed in the new era," said Gu Haohao, a producer of the film and president of Shanghai Center of Chinese Operas.
"I hope to attract a young audience to the theater to appreciate the excellent traditional Chinese culture, as shown through a more international and high-tech cinematic style," Gu added. 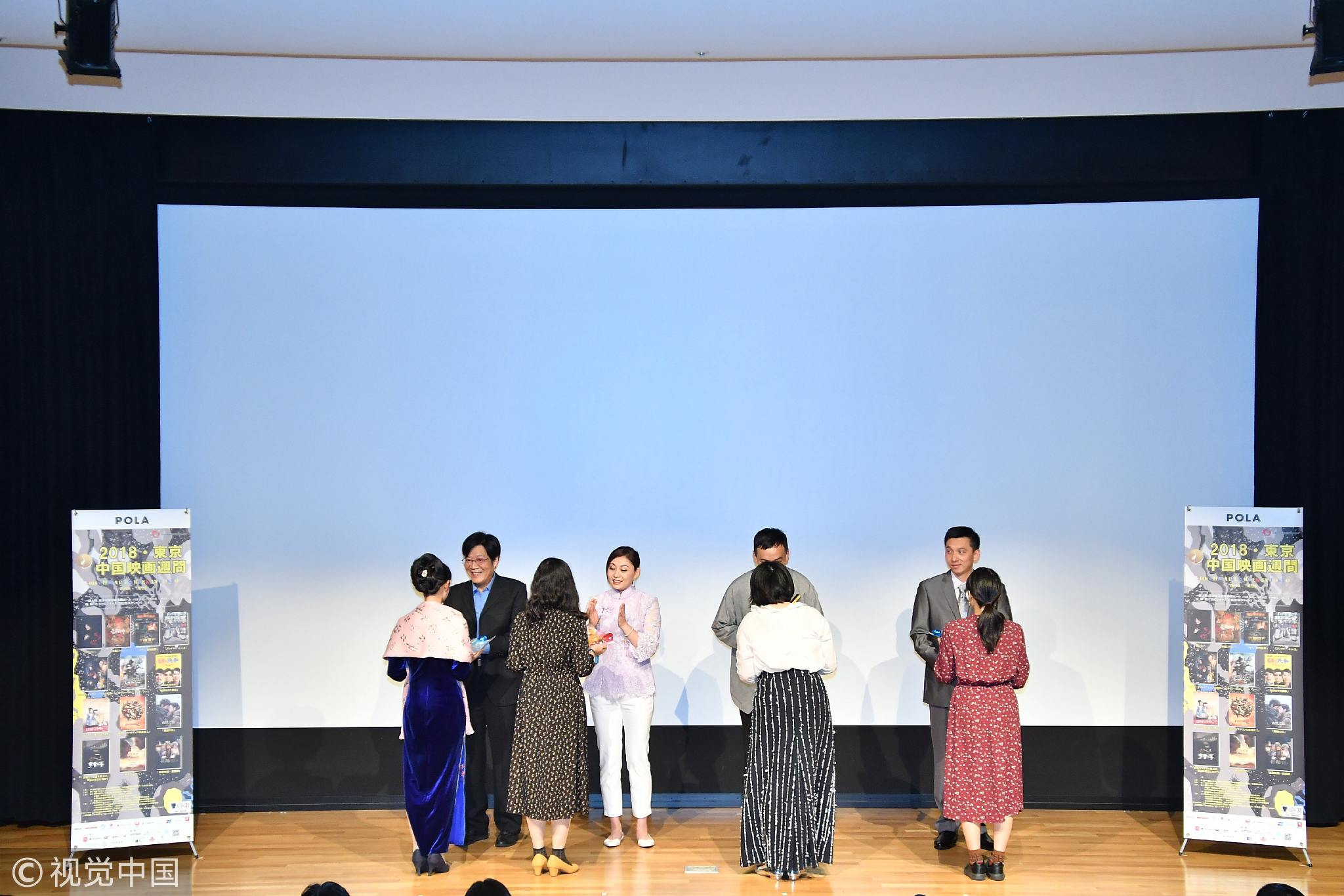 "Jing Yang Zhong" is adapted from a famous traditional opera about the end of the Ming dynasty. Since it was adapted, the traditional opera has become a new Kunqu Opera film, which features Chinese culture and martial arts.
According to the Southern Daily, in general, there are three modes for shooting traditional opera films, including live shooting, shooting in a studio and recording on stage.
"Jing Yang Zhong" compressed the stage version, which runs more than two hours, down to 100 minutes and made the main plot more compact while using cinematic techniques to give it more of a visual impact.
In 2017, "Jing Yang Zhong" won the "Best Opera Film" and the "Best Director" at the Canada Golden Maple Film Festival and participated in the film panorama of the 21st Shanghai International Film Festival in 2018.
(Top Image: Koichiro Matsuura presents the prize to Gu Haohao. /VCG Photo)