Opinion: China and the U.S. must build consensus and work on common interests
Wang Yong 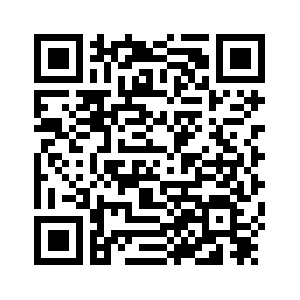 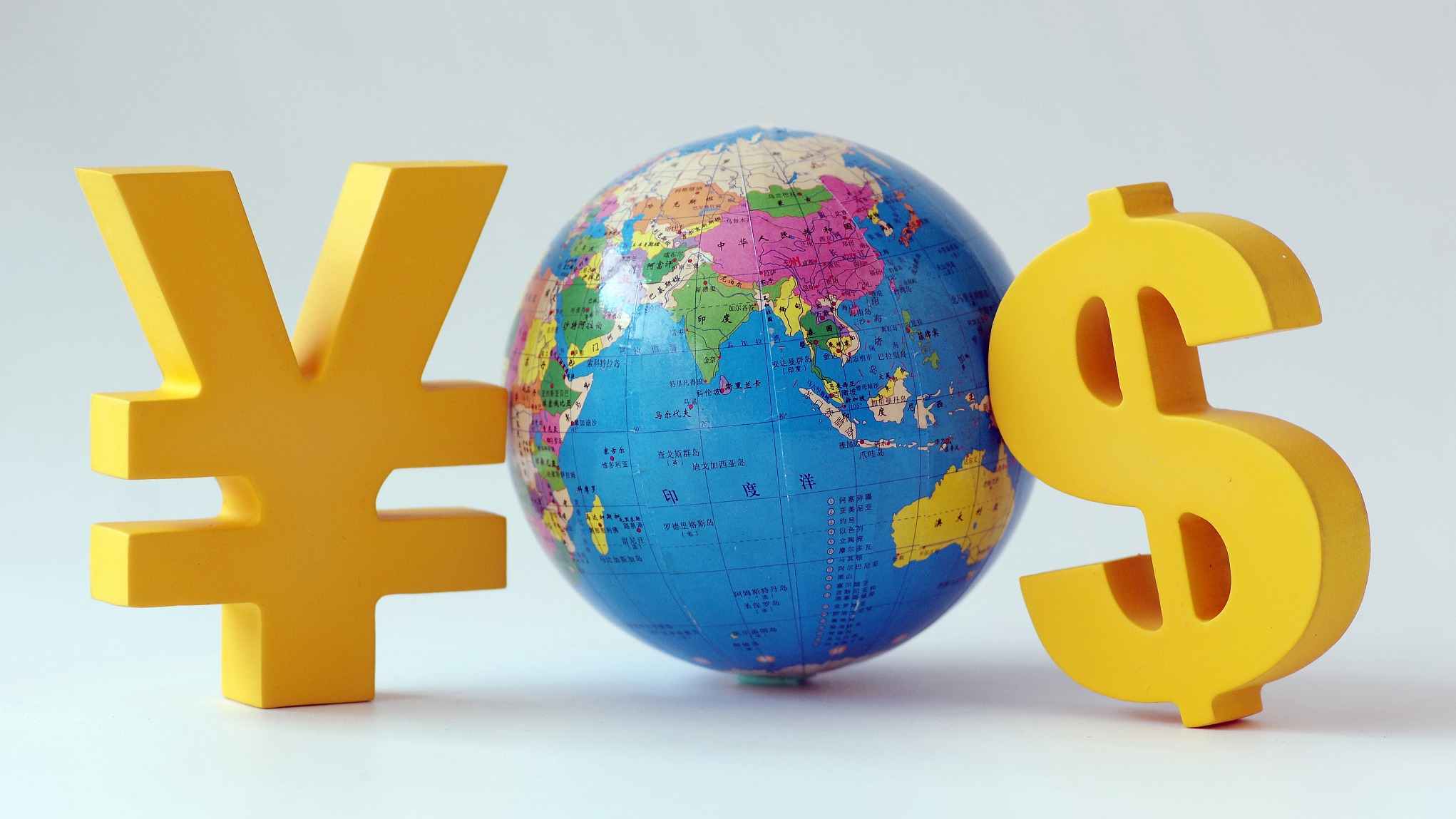 Editor's note: This is the second part of an article written by Wang Yong, a professor at the School of International Studies at the Peking University and a member of the academic committee of the Pangoal Institution based in Beijing. Read the first part here: China and the U.S. must clear misunderstandings to rebuild mutual trust. The article was first published on Insight, the journal of the American Chamber of Commerce in Shanghai. It reflects the author's opinion, and not necessarily the views of CGTN.

The state of politics and of society are in transition in China and the U.S., and the situation is very complex. There are differences as to how to explain the domestic changes and foreign policies of the two countries within the elites of China and America.
The American elite is divided internally, and the Chinese elite also encompasses different views. However, though the left and the right in the U.S. differ on all sorts of issues, both calls for policy hardening on China.
Such a domestic atmosphere is actually dangerous for international relations. 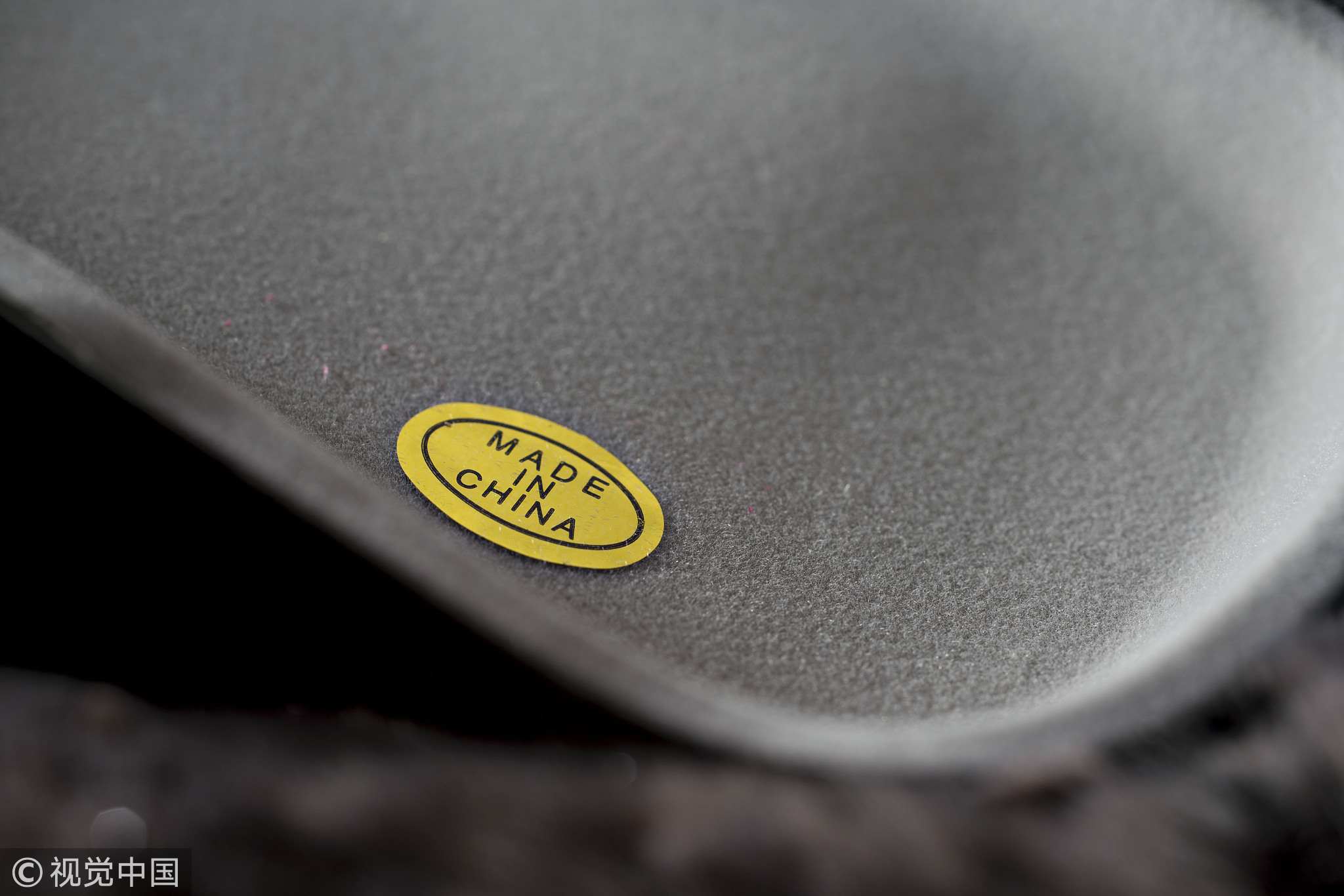 Before rebuilding political trust, both sides should strive to understand each other. For Chinese leaders, it is important to understand that adjustments made to domestic policies should not be too far away from expectations both internally and externally, and it may be advisable not to go to extremes in the name of maintaining political security. But in fact, the advocacy of the “core values” of socialism is not in contradiction with what are deemed as “universal” values.
Also, the American elite should learn more about China's changes over the past five years. These adjustments have been largely necessary to solve the problems accumulated in the past decades; the old development model was not sustainable, politically, economically or environmentally.
China's current policies can be largely explained by three “trap” concepts to which the leadership is paying close attention.
Many of the policies that China has introduced in recent years are not the result of the country being strong, but because they are facing up to its shortcomings. The core driver is not a desire by China to compete with the U.S. for world hegemony (for example, via the Belt and Road initiative), but fear of a shortage of “international public goods,” which include institutions and resources to support international cooperation.
Faced with an increasingly complex situation at home and abroad, Chinese leaders are stressing the need to deal with three major “traps”:
The first is the middle-income trap. The comparative advantage of production of labor-intensive products is gradually disappearing, and to continue to maintain economic growth, China must rely on innovation, upgrading its industrial level and technology. "Made in China 2025" was conceived in this context, with the hope to use policy incentives to improve the competitiveness of the Chinese economy.
The second is the Tacitus trap, which refers to the challenge of losing government credibility. The Chinese government hopes to eliminate poverty by 2020, aiming to create a responsible government, win back the hearts of the people and consolidate its legitimacy. 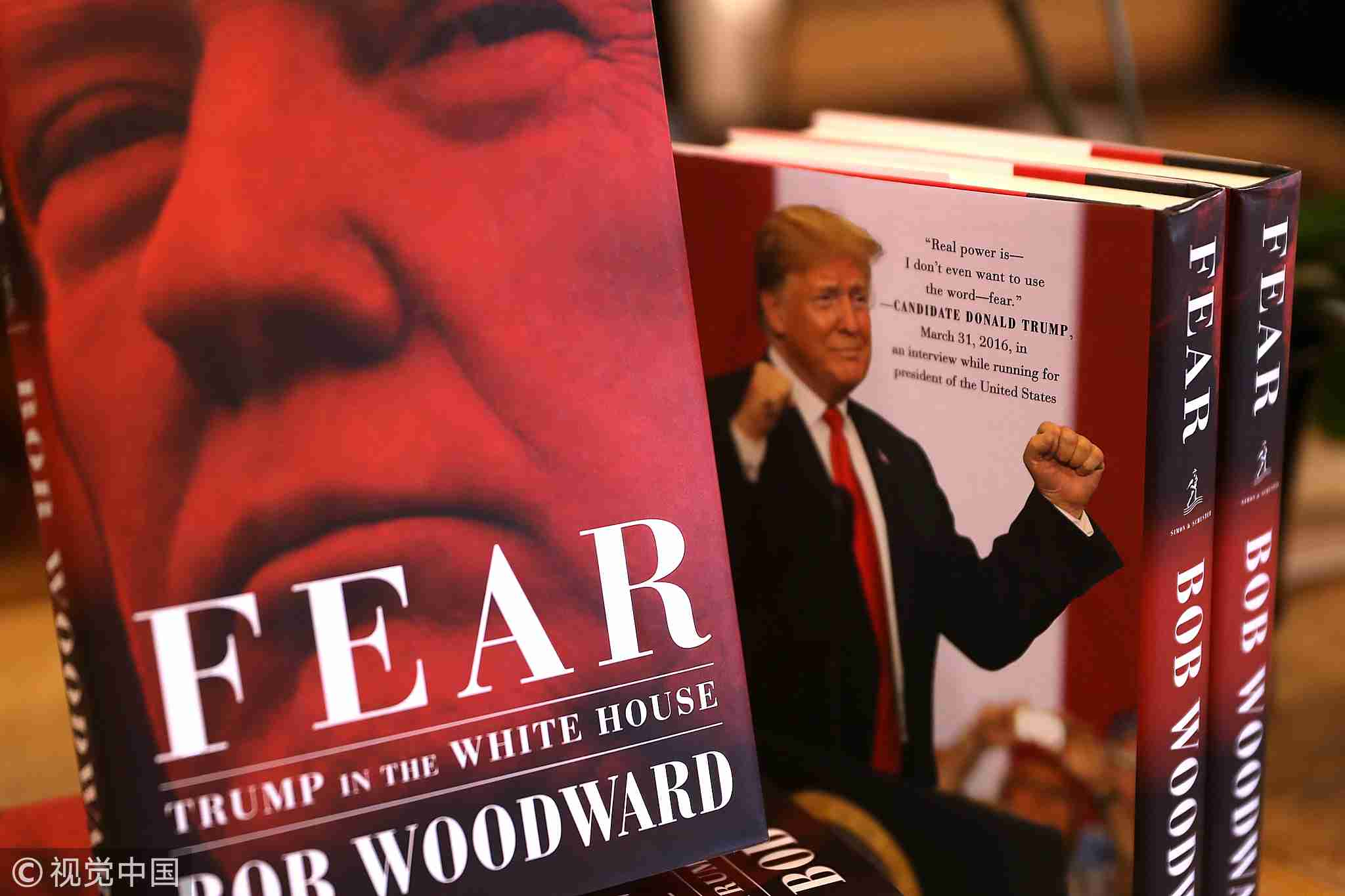 The third is the Thucydides trap and the Kindelberg trap. China has tried its best to avoid the “Thucydides trap”, in which emerging powers collide head-on with major powers. At the same time, in the face of increasingly inadequate international public goods supplies, China has made it ever-clearer that it is willing to provide more international public goods to strengthen the global governance structure.
In order to cope with the “Kindelberg trap”, which assumes that an emerging power is unwilling to provide international public goods, China has come up with initiatives such as the Belt and Road Initiative and the Asian Infrastructure Investment Bank (AIIB). China is already the second largest donor country in the United Nations (UN), and the country with the largest number of international peacekeepers employed abroad.
These three “traps” that China's leaders have identified as needing to be overcome can be the key to the U.S. elites from all walks of life understanding China's domestic political and economic changes.
Unfortunately, the U.S. media and policy research community only pay attention to the revision of China's constitution and abolishing the term limit of the president; focus only on the greater concentration of power and ignore the development and adjustment of China's domestic political economic policies from a broader perspective.
For China, leaders at all levels should continue to actively communicate with the international community on the changes in China, to assure the outside world about China's future direction.

The leaders of China and the United States met during the G20 summit on December 1 and arrived at a consensus. They decided to jointly promote efforts to reach an agreement within 90 days. The summit rekindled confidence in bilateral agreements. However, there are still many uncertainties as to whether an agreement can be reached to avoid a trade war. 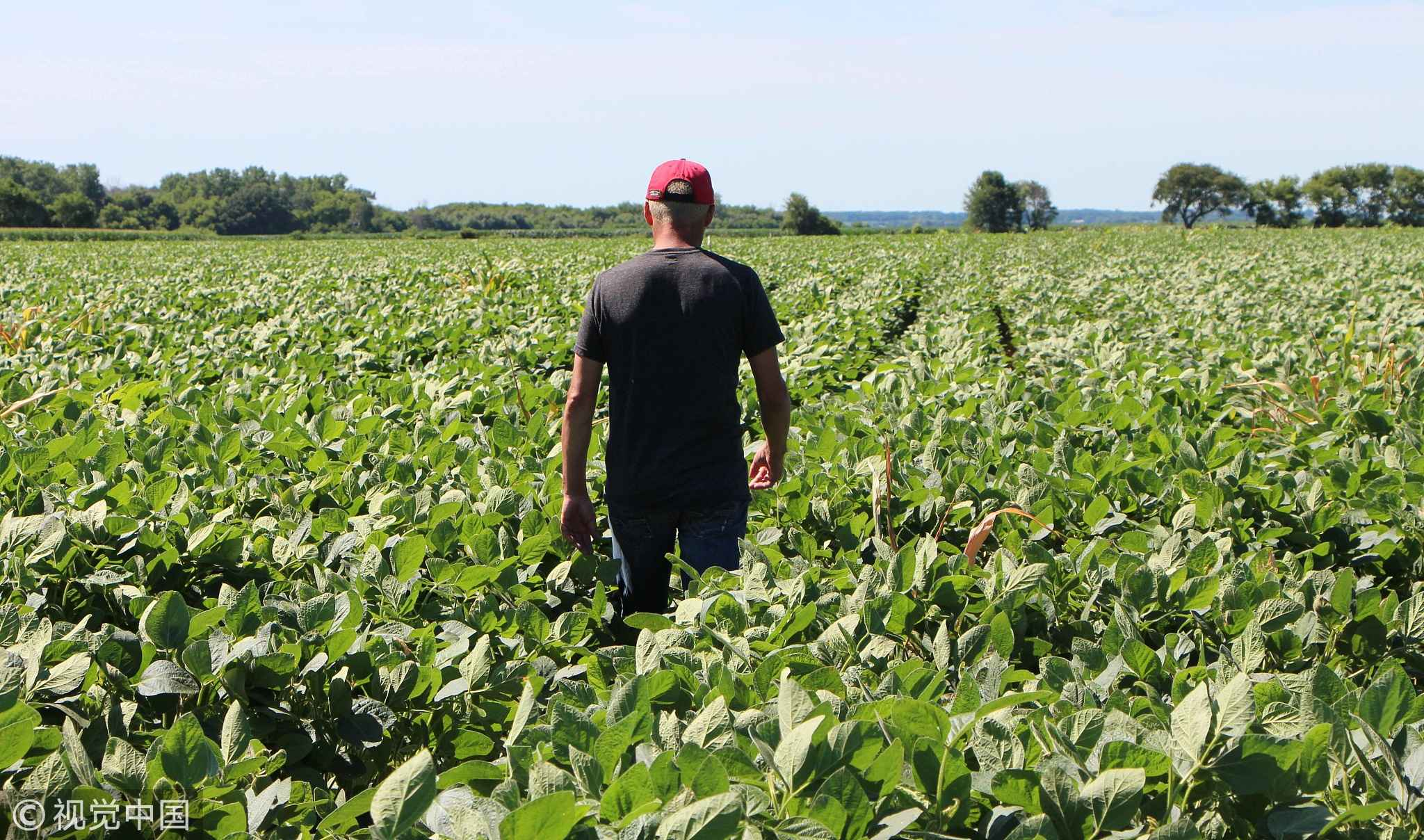 From the current point of view, a defensive China is willing to make more concessions, including increasing market access to address the concerns of U.S. business in China, such as market opening, property rights protection and so on, in addition to importing more from the U.S. to shrink the trade imbalance. However, China and the U.S. may still be unable to reach an agreement, which would lead to an escalation of the trade war, and eventually the decoupling of the Chinese and American economies.
One may argue that there are indeed more reasons to be pessimistic than optimistic about the prospects of China-U.S.relations:
Most importantly, the security hawks, long marginalized, have taken power. Driven by factors such an ideology and big power struggle, they tend to perceive the relations as a strategic competition characterized by a “zero-sum” game.
As a result, they tend to look at all forms of contact between China and the U.S. with a negative eye. The representatives of such views, Steve Bannon and Peter Navarro, believe that China and the U.S. are engaged in an economic war, and neglect the essence of mutual benefit between China and the United States.
After the incitement of populism and protectionist sentiment, coupled with the U.S. part is a competition system, the Democratic House of Representatives will launch more actions against President Trump after the midterm election, in order to win the support of voters ahead of the 2020 presidential election. In the next two years, the Democrats and Republicans, Congress and the Executive branch will likely compete with each other to see who is tougher on China.
For the Democratic Party, it is more in line with its own political interests to prevent Trump from reaching a trade agreement with China.
The swing in an attitude of the American business community has worsened the situation. While they do not like Trump's tariff measures, they believe the “Section 301” measures are necessary and an efficient way to force China to make concessions on market access issues.
However, they may ignore the dangers of domestic politics and the growing sentiments towards China, which will make any deal with China more difficult. If the two countries can not strike a deal, they may lose more opportunities in the Chinese market to competitors from Japan and Europe. 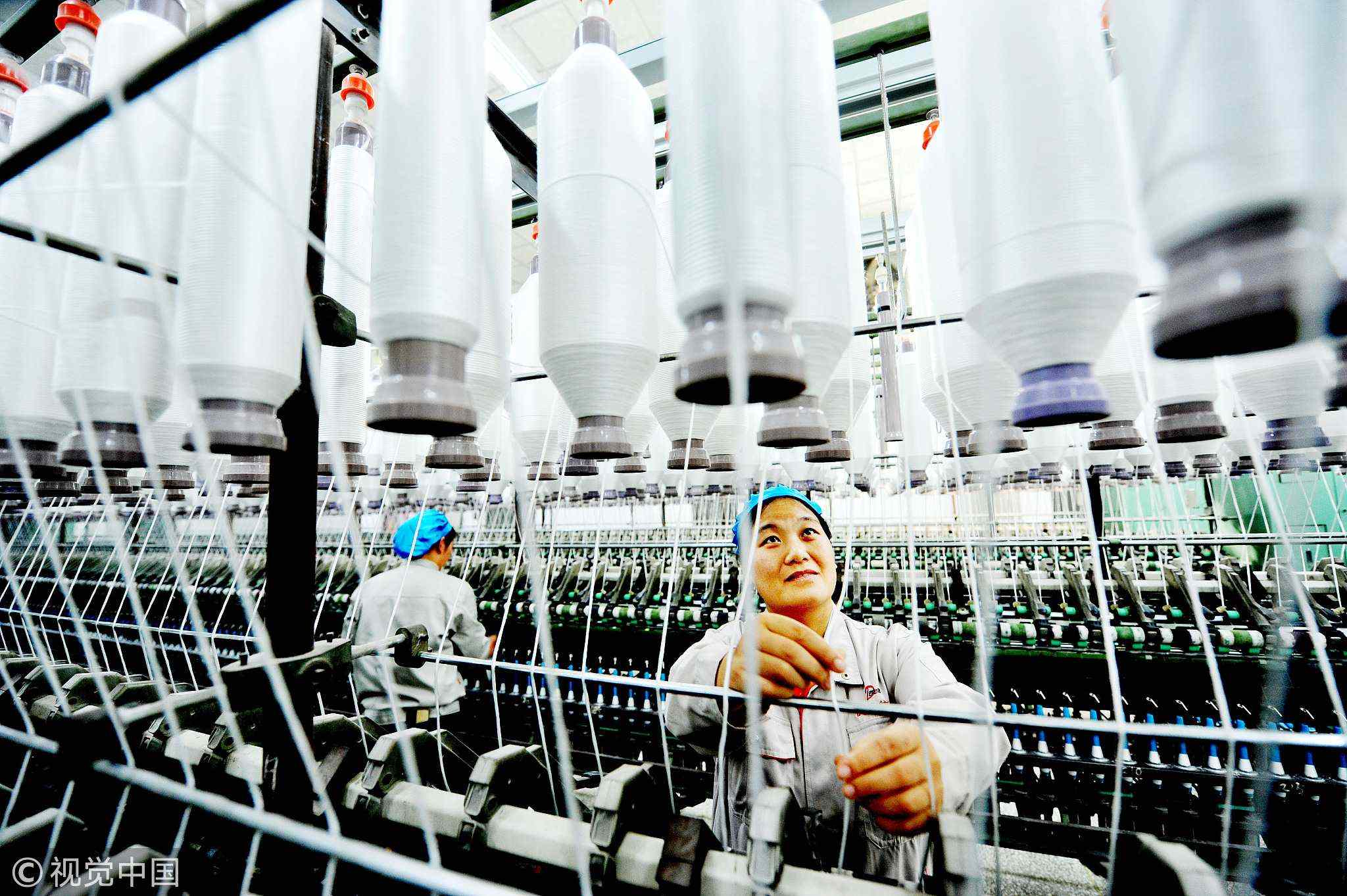 All these factors make future relationships very difficult. Obviously, there is no winner in a trade war, and it may not be possible to end the trade war, raising the specter of significant losses to the two countries and the global economy.
As the world's two largest economies, China and the U.S. should keep in mind these lessons from history: the trade protectionist measures adopted by the U.S. Congress in the Great Depression of the 1930s caused the global economy to be torn apart and finally led to the outbreak of World War II; the “Cold War” of the 1950s resulted in several regional “hot wars” in the Asia-Pacific region and led to a zero-contact confrontation between China and the U.S. for decades.
A competitive relationship between big countries is inevitable, but the two sides should further strengthen communication to avoid the harm caused by misunderstandings and misjudgments. The most important thing is to build consensus and work on common interests. This is the responsibility of the two largest economies of the world for the global economy.
The next two years will be an important test for the leaders and for the public of China and the U.S.
(If you want to contribute and have specific expertise, please contact us at opinions@cgtn.com)