Opinion: China-Germany partnership can be a good force for the world
Zhang Bei 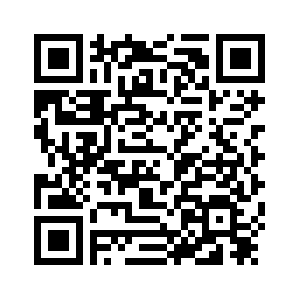 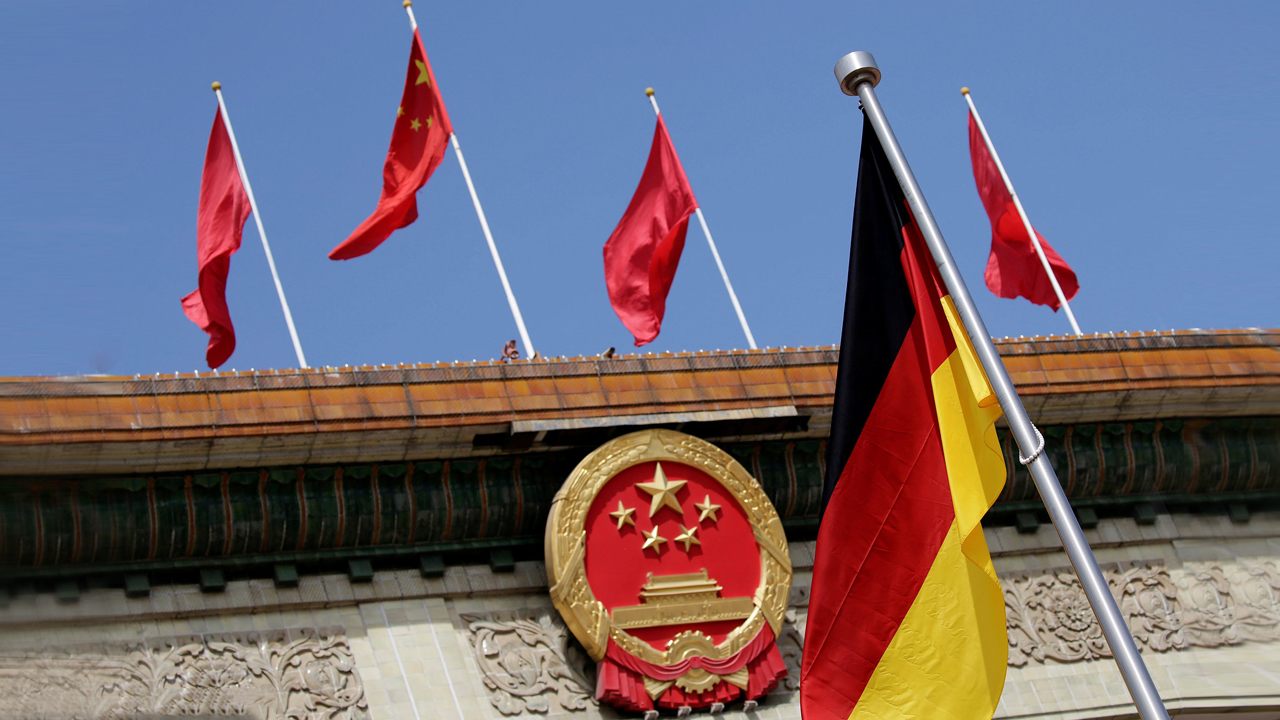 Editor's note: Zhang Bei is an assistant research fellow at the Department of European Studies, China Institute of International Studies. The article reflects the author's opinion, and not necessarily the views of CGTN.
Chinese President Xi Jinping met with his German counterpart Angela Merkel on December 1, local time, in Buenos Aires, Argentina.
During the meeting, the two sides agreed to strengthen cooperation, negotiation and coordination to face complicated and changing international situations. In addition, Berlin and Beijing have reached a consensus to jointly protect the free trade system, oppose protectionism and maintain the international multilateral system centered on the United Nations to address global challenges.
Following German Foreign Minister Heiko Maas's visit to China earlier last month and Chinese Vice Premier Liu He's visit to Germany last week, the past couple of months have seen frequent high-level diplomatic exchanges between the two countries, which provides evidence of a sound momentum of development in the China-Germany partnership and also the importance of bilateral relations to both sides. 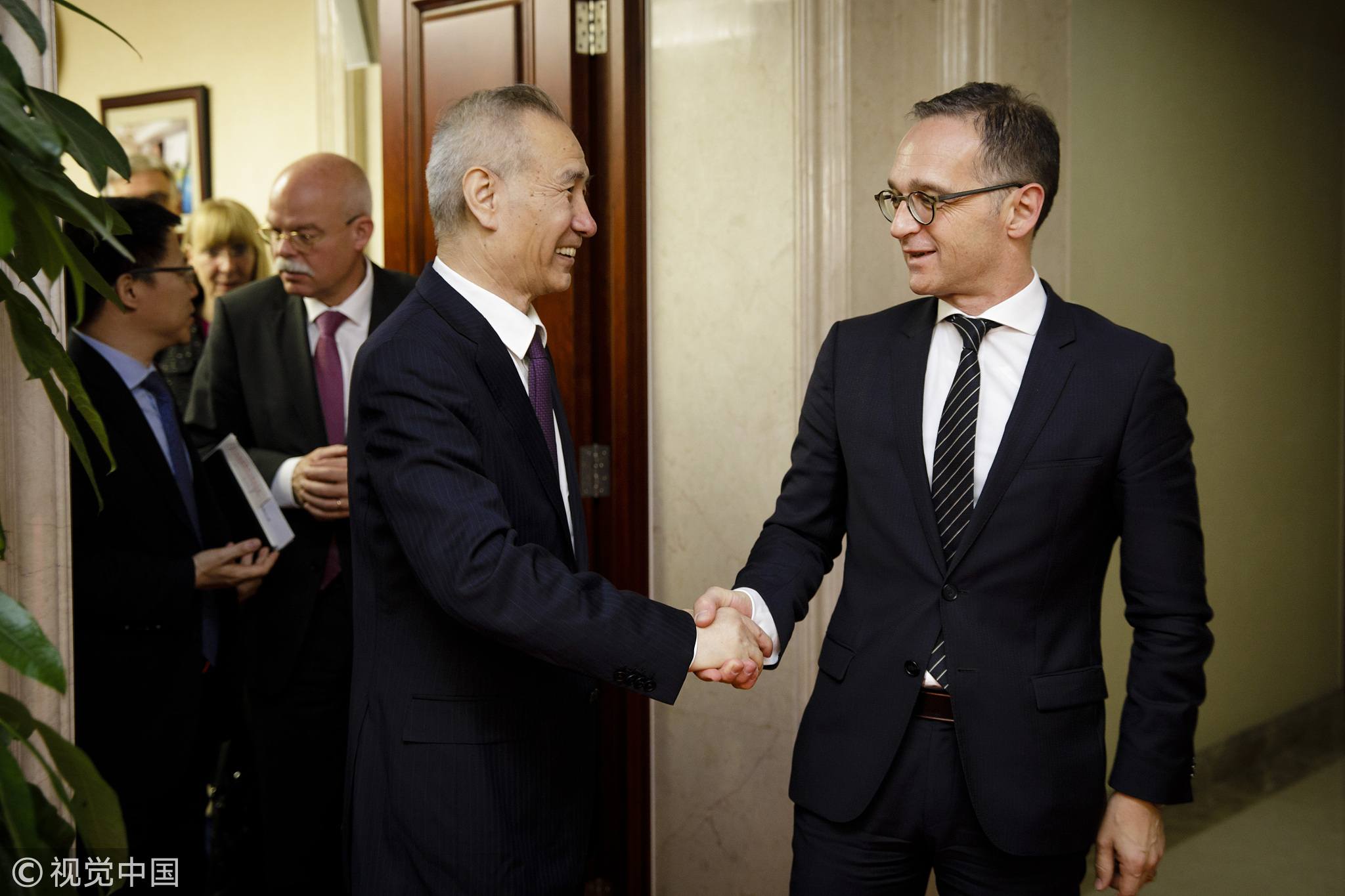 It is beyond doubt that the economic bond between China and Germany is as strong as ever. Statistics show that, in the past two years, China has overtaken the U.S. as Germany's largest trading partner. Germany has long been China's biggest trading partner in the European Union, with a trading volume equivalent to China's combined trade volume with Britain, France and Italy.
From a Chinese perspective, Germany is a natural business partner. The Huawei mobile phones, which is doing quite well in both China and Europe, boasts of its Leica camera, which is a result of smooth Germany-China cooperation since 2014.
In addition to that, as China begins its journey of further reform and opening up after celebrating the 40th anniversary of this historical turning point, Germany will be well-positioned to benefit from Chinese efforts to create a better environment for foreign businesses and the ever-growing Chinese market. 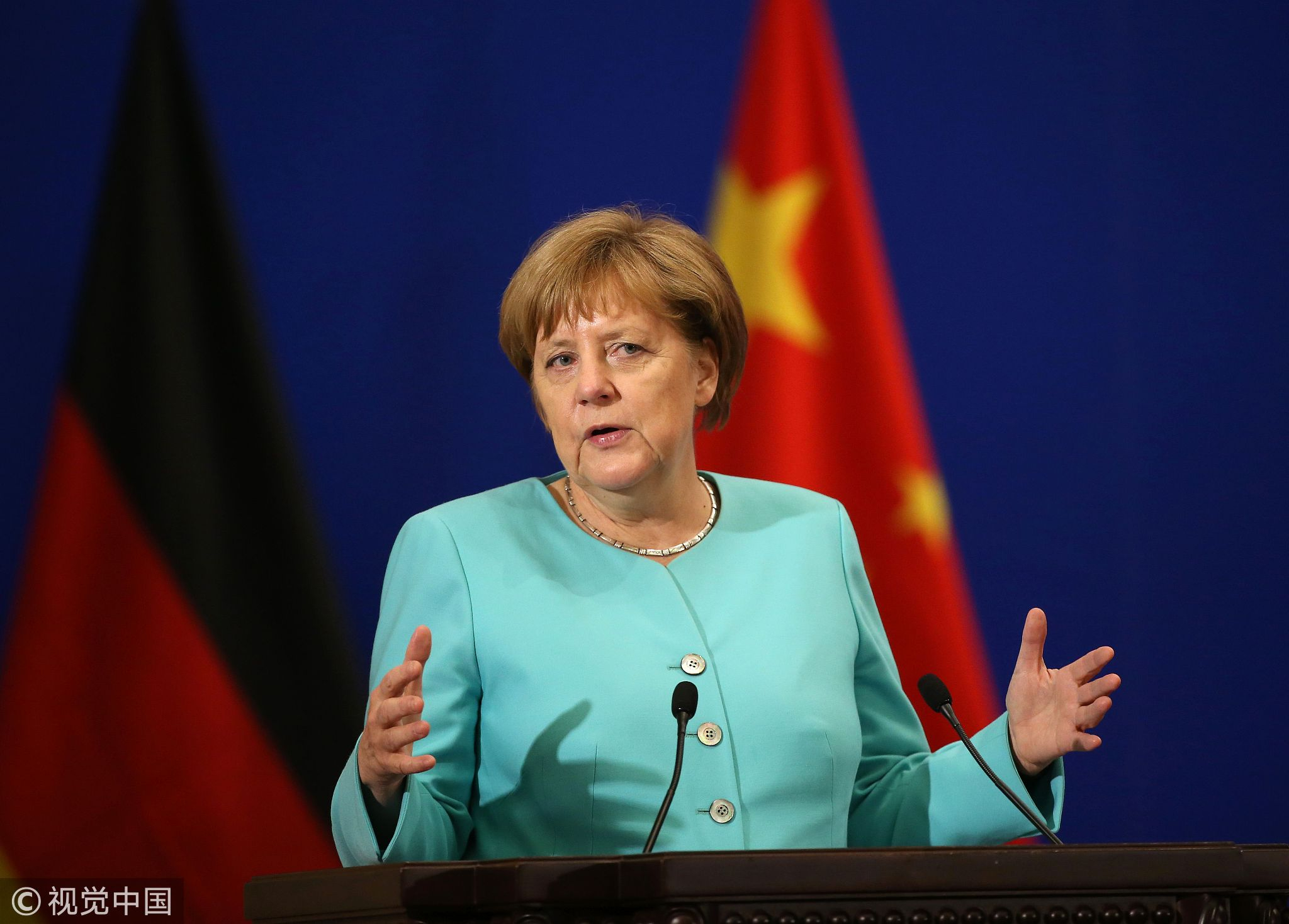 German Chancellor Angela Merkel delivers her speech during the China-Germany Economic and Technological Cooperation Forum at the Great Hall of the People in Beijing, June 13, 2016. /VCG Photo

German Chancellor Angela Merkel delivers her speech during the China-Germany Economic and Technological Cooperation Forum at the Great Hall of the People in Beijing, June 13, 2016. /VCG Photo

Allianz has got the green light to set up its wholly-owned insurance firm, while BASF, the largest chemical producer in the world, will also have its wholly-owned company in China. The BMW Group will raise its stake in its joint venture in China to 75 percent as it has applied for.
Also, in accordance with positive expectations expressed in the “Hamburg Summit” last week, the Belt and Road Initiative, being a Chinese-proposed initiative but open to all, would present huge potential for German businesses in terms of third-country development, infrastructure and connectivity, as German companies stand out for their world-leading know-how and experience.
However, being all-around strategic partners, China and Germany cooperation is not only relevant to the welfare of the two countries, but also relevant to world peace and development.
China and Germany, both committed to global peace, could do more to provide assurance to the world based on their own expertise and capabilities, in terms of regional security challenges and the nuclear non-proliferation issues. 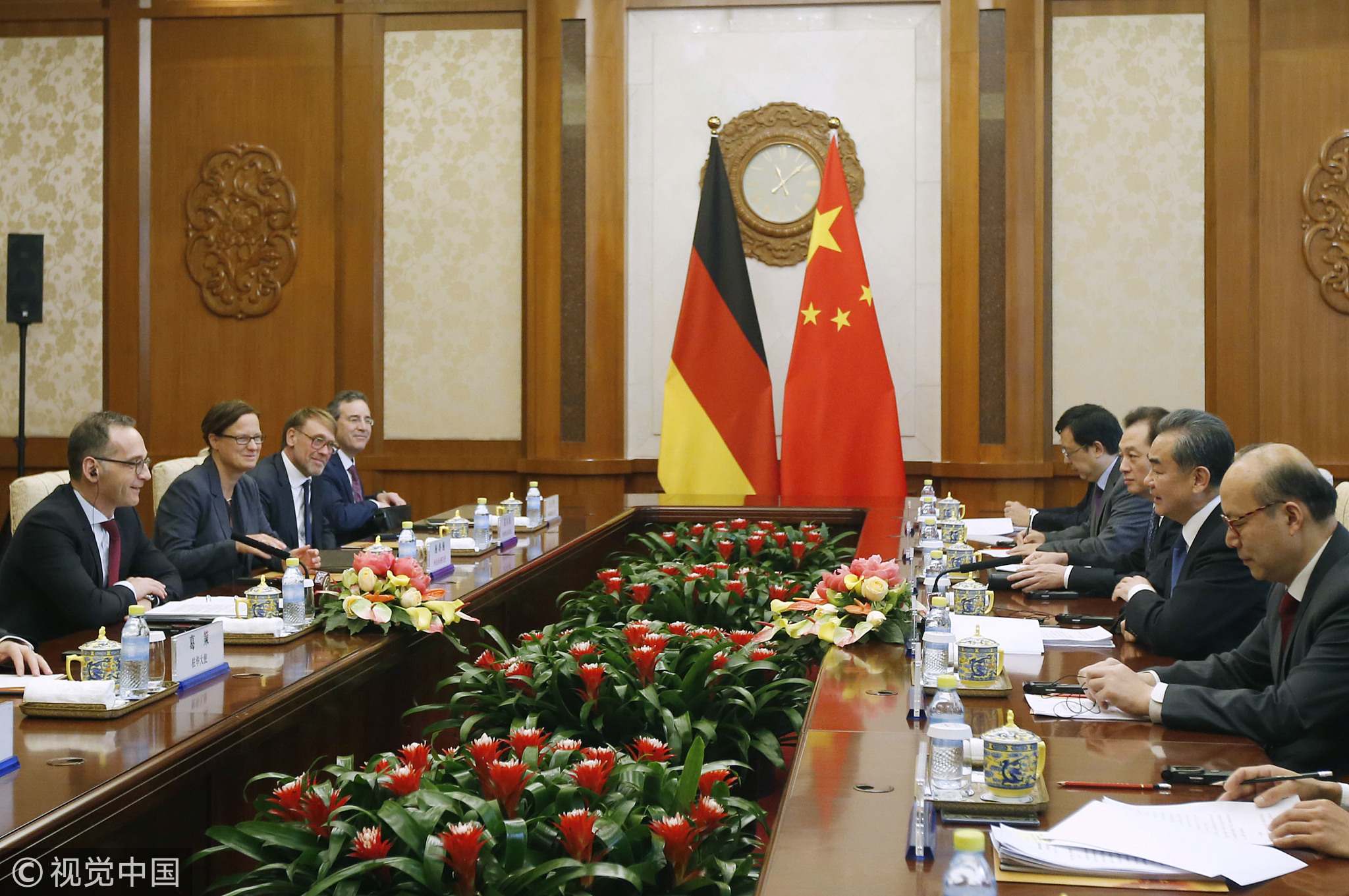 In terms of climate change, though China and Germany, and the EU to a greater extent, are conducting their individual battles to fight for the future of the Earth, there is huge potential, either in knowledge or experience sharing, in using the partnership to curb global temperature rise.
In the context of rising unilateralism and greater risks for the weakening of the multilateral system and the return of great power politics, the partnership between China and Germany could do a lot, not only in terms of providing confidence, but also in actual deeds to stop the world from leaping into the unknown darkness.
The two sides will not be united by the fact that both are blamed unfairly by the current U.S. administration out of a simplistic interpretation of the trade deficit, but they are united by the shared interest invested in the current multilateral system and by the almost universal support within both countries for a continued open approach to the global economy. 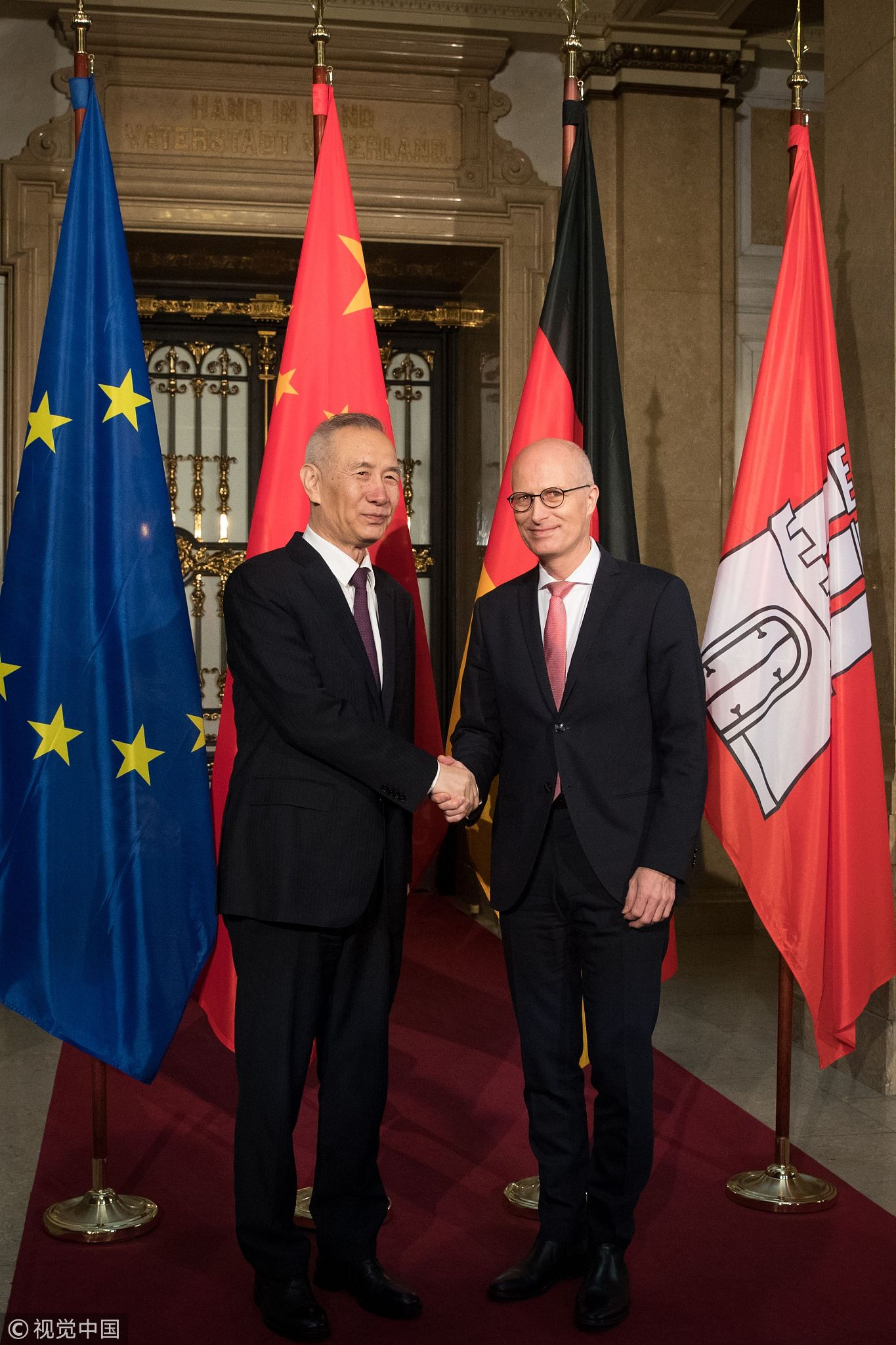 China supports World Trade Organization reform, as the establishment of the working group between China and EU has shown, and is willing to work on the detailed proposals to save the system and make it effective.
More importantly, the partnership between Beijing and Berlin could also provide counter-proof to the dangerous argument of great power competition driven by the zero-sum mindset.
The game of great power competition has plowed unspeakable misery in Europe in the past century and history shows that no one can be an onlooker once the infectious mindset strangles all reasonable voices and wins out.
China and Germany, though different in where they came from, are the same in where they want to go, a place where their peoples and all people around the world could enjoy a better life. The partnership can be a force for good in the world.
(If you want to contribute and have specific expertise, contact us at opinions@cgtn.com.)