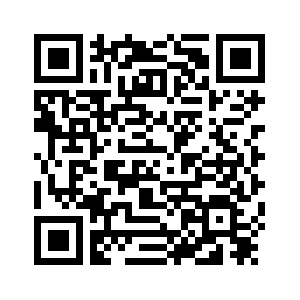 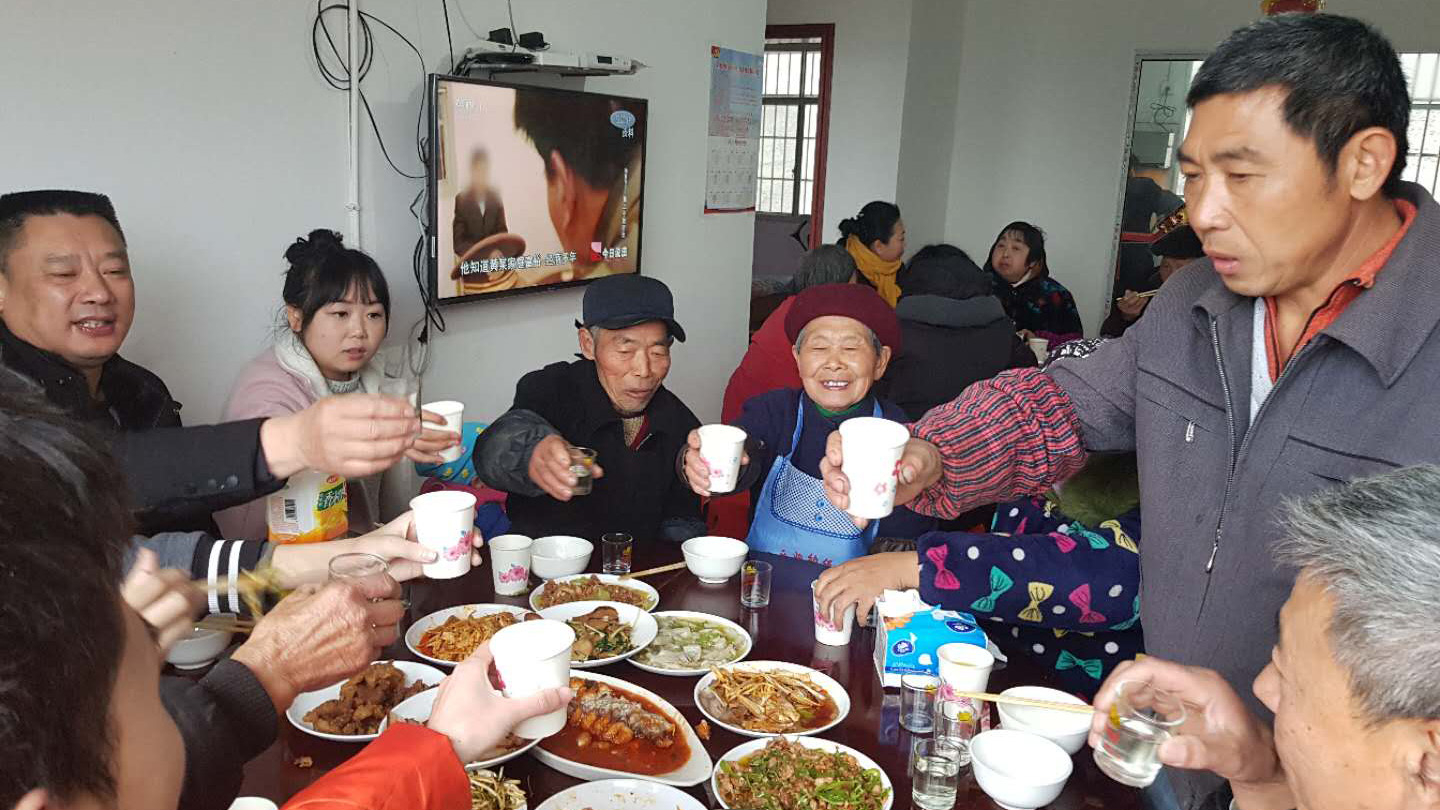 In the heart of a village in Nanchong City – about three hours' drive from Chengdu in southwest China's Sichuan Province – families living in relocated homes are celebrating the Chinese New Year in a much more comfortable state.
One belongs to Wang Youquan, a construction worker, who moved to the new home with his wife and their son in early 2017.
Wang's family became a poverty household in 2014 when his wife fell ill and was paralyzed. He had to find jobs nearby his home and most of his income was spent on her medical bills.
A constant theme I kept hearing when asked about their biggest change now is: “We now have tap water and a shower heating system,” Wang and his wife both said. 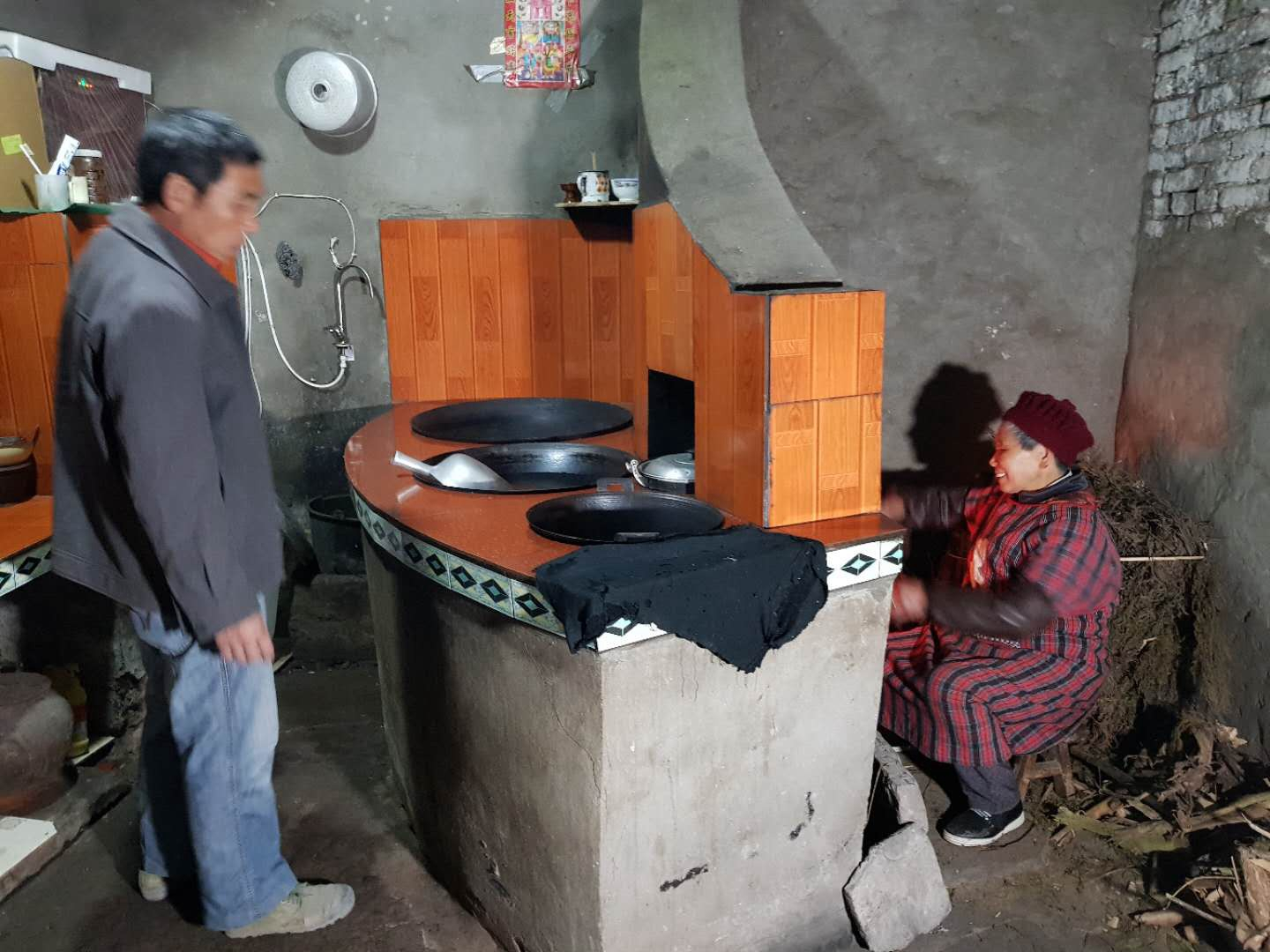 Bathing and cleaning proved to be a very difficult task then, Wang said.
“At our old home, when it rains, the roof leaks and our wall structure will be dented. Over here, there are concrete roads, which makes traveling out so much easier,” he added.
As Wang's old home has been taken down, we visited his 77-year-old mother's home for perspective.
Grandma Wang showed us that the way only to get hot water, and to cook, was by burning firewood. She then pours the hot water into a pail mixed with cold water, to shower.
She's not living with her son because of a difference in household registration. But also, it's because she's “too used” to her own ways of living. 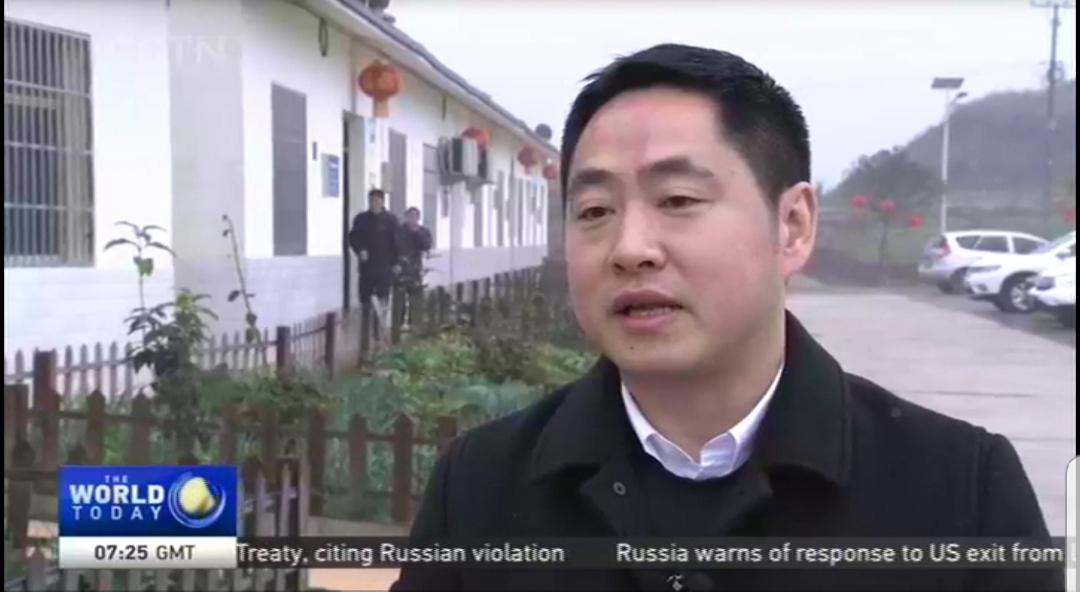 While cooking a Chinese New Year feast at her son's place, acknowledging that it's much more convenient, she finds using electricity and gas as costly.
Yin Chengping, Deputy Secretary of CPC Shunqing Direct Committee, Nanchong, said the government first tackled Wang's wife's illness to ensure she recovers.
“We have policy guarantees for poor households who are hospitalized. Her condition has now improved and she can walk independently, thereby relieving Wang of this burden,” Yin said.
“We also helped Wang find employment, provide rural subsistence allowance to his family, to ensure he gets a stable yearly income.”
Wang was lifted out of poverty in 2016. His 2 mu of land has also been transferred to industrial parks, which he gets a rental income from. 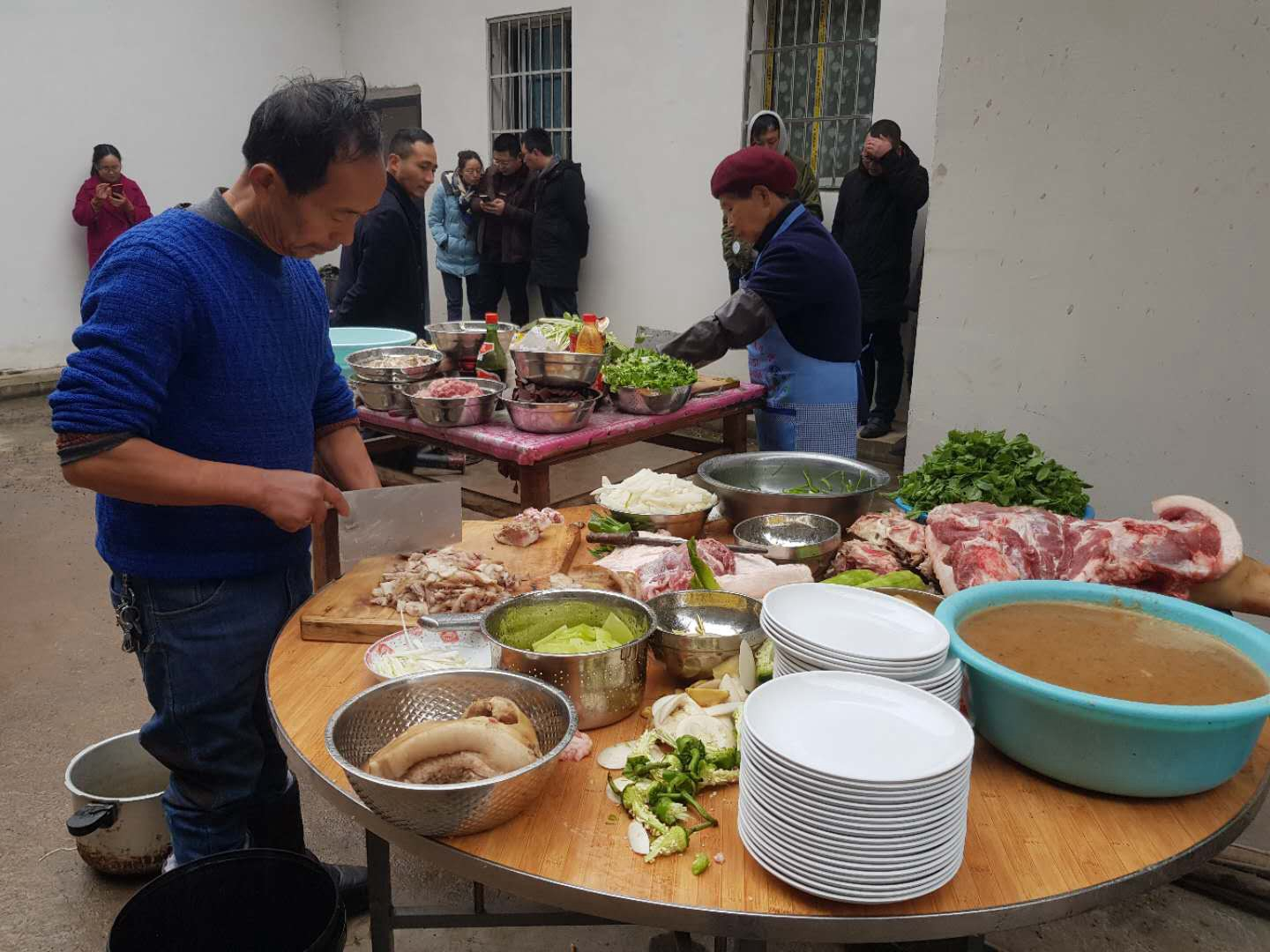 His total income, including that from public welfare work, adds up to over 20,000 yuan a year.
The only difference now? He has more leeway to work around his household budget.
“I feel blessed and happy,” Wang said. He was busy getting his home in order – hanging up calligraphy scrolls and ensuring food is well prepared.
He bought his 100 kilogram pig for about 2,000 yuan and is excited to cook and serve it to his family and relatives. 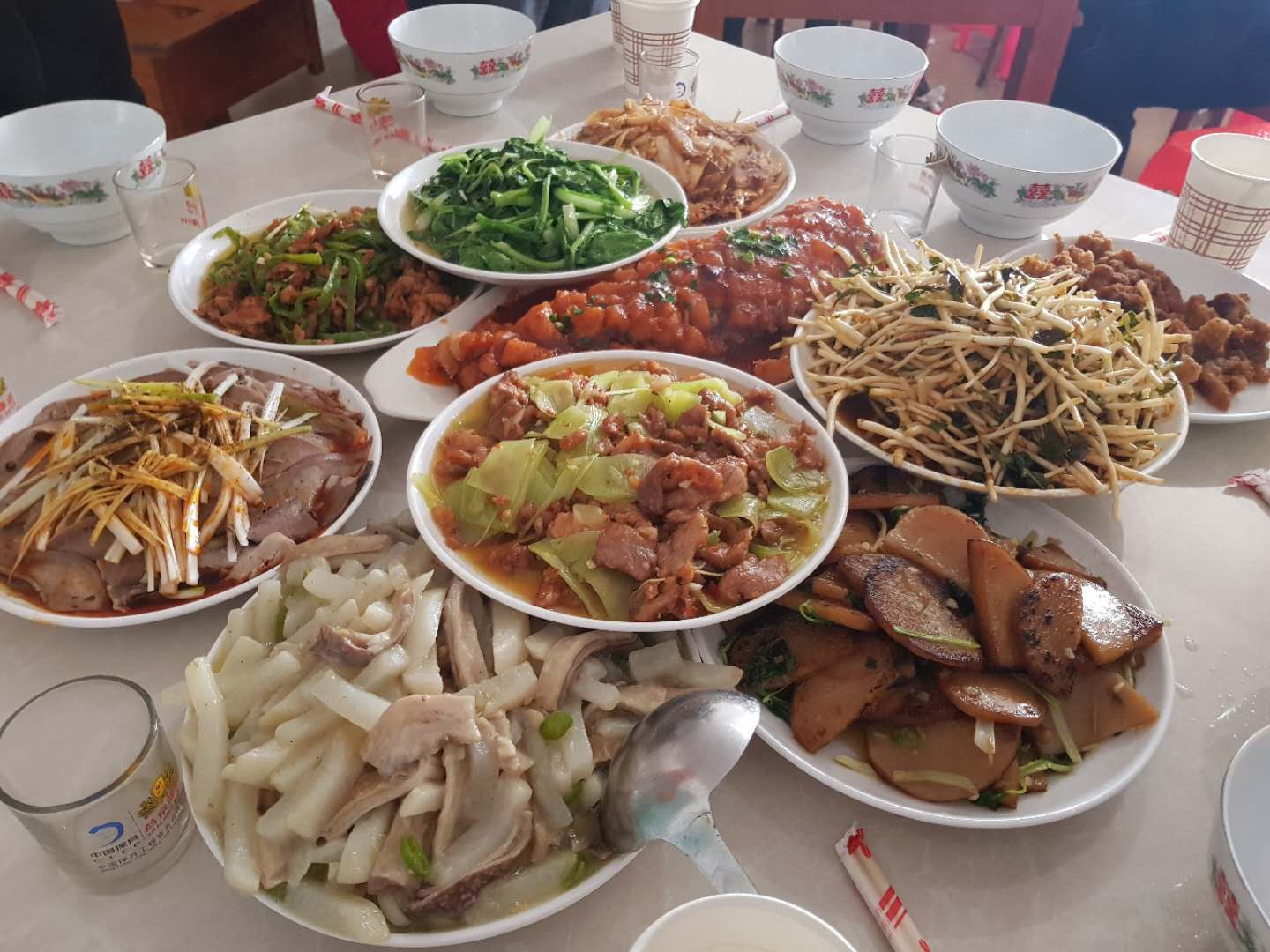 When asked what his future aspirations are, he said: “I will continue to work hard, to improve my family's economic conditions.”
When asked what his wife's aspirations are, she quickly jumps in and wholeheartedly agrees, saying he reads her mind, and this drew laughter from all around.
Wang lives with his family at Guihua Village in Shunqing District, about 40 kilometers from Nanchong City. The village houses over 300 families.
(Video filmed by Wu Siyi.)