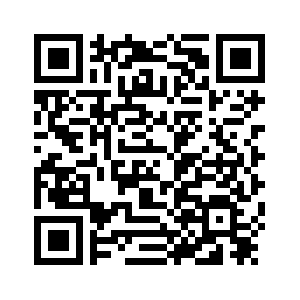 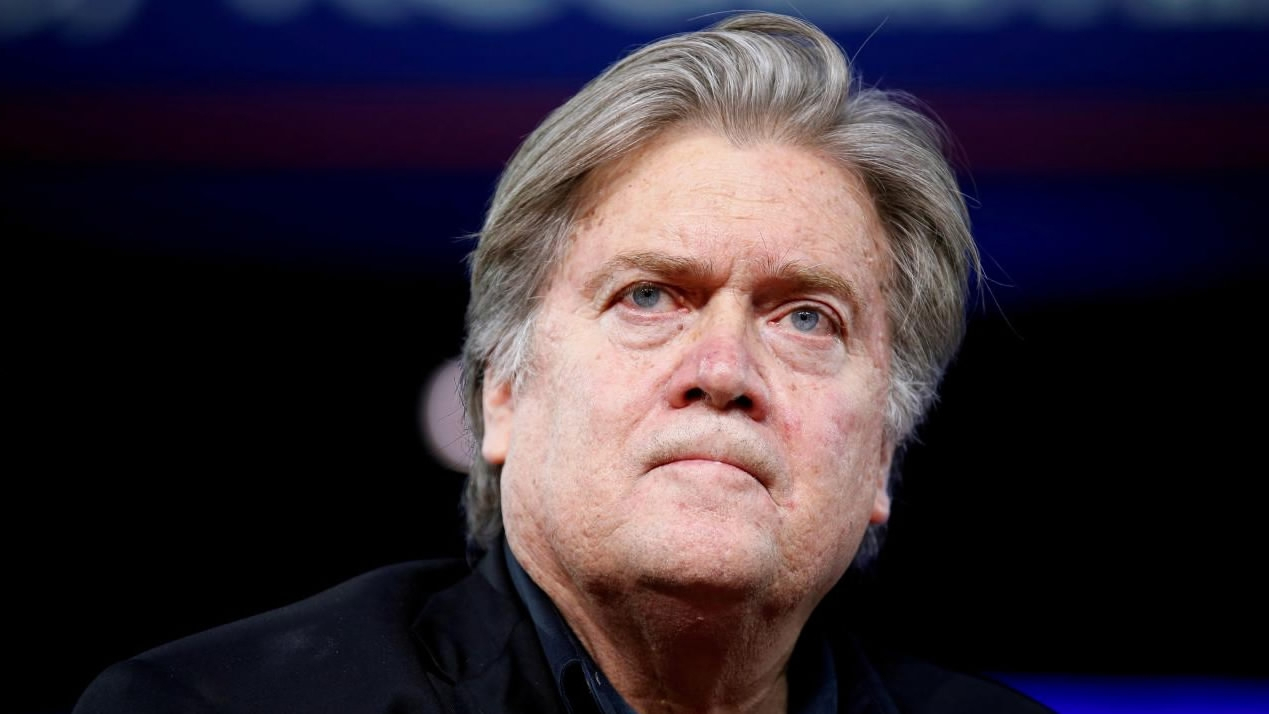 Editor's Note: Andy Mok is the managing director of Red Pagoda Resources. The article reflects the author's opinion, and not necessarily the views of CGTN.
On May 6, Steve Bannon, who served as U.S. President Donald Trump's chief strategist from January to August 2017, wrote a column for the Washington Post. In the review article, titled "We're in an Economic War With China. It's Futile to Compromise," Bannon labels China an existential threat to the U.S. and its sacrosanct way of life.
But not because China, or the party, has malevolent designs against the U.S. and seeks to subjugate the American people.
The reason is much more subtle, and perhaps even more terrifying.
Americans have been deeply indoctrinated to unquestioningly believe that their way is not only the most morally just but also the most effective means of political organization for delivering what Aristotle termed "the good life."
But what if in buying off on the Bill of Rights, Americans instead have been sold a bill of goods?
For decades, Americans have blindly accepted the notion that the U.S. is an exceptional country and number one in all the ways that matter. Its citizens are God's chosen ones living lives worthy of universal adoration and emulation on that shining city on a hill.
There were always niggling details that contravened this rosy view but as mere details on the edge of perception for most Americans, these could be safely ignored. 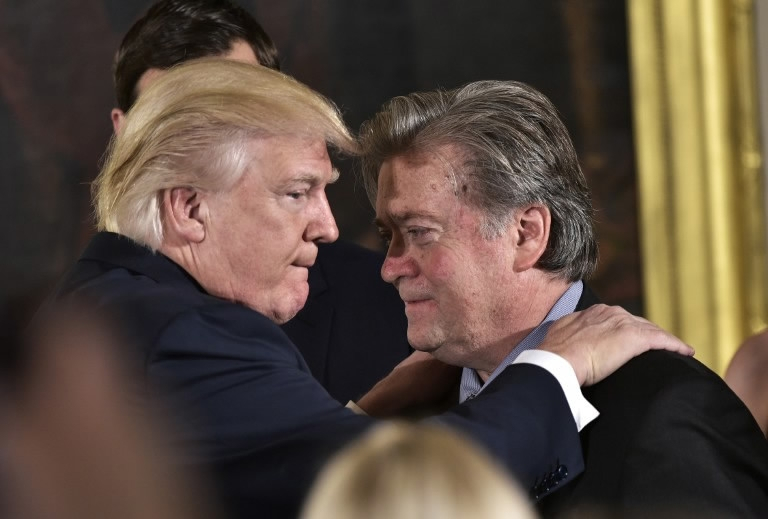 But today, even the most insular and inward-looking Americans cannot avoid exposure to China's influence and impact. Since China's accession to the WTO, global corporations have upended the American economic landscape in such a profound manner that it bears little resemblance to its prior incarnation.
As Bannon famously said, "We eviscerated the American working class to create a middle class in Asia," and indeed, it was so.
What's next?
Experts say that countries compete in five areas: economy, technology, diplomacy, the military, and intelligence collection and analysis. And this is where Bannon as well as the U.S. government are focusing their attention.
But the real existential threat is ideational.
Many ordinary Americans reflexively fear and oppose China because it is "communist." This was imprinted at a young and impressionable age and serves the interests of certain American policymakers.
However, if and when enough Americans develop a clearer picture of China's government and its achievements for the Chinese people, this will provoke an increasingly pointed series of questions to the U.S. government that could lead to wholesale rejection of the American system. That is the real existential threat.
The job of the U.S. government, like that of any government, is simple. It must use its monopoly on violence to provide for the physical security, economic prosperity and moral cultivation of all its citizens. 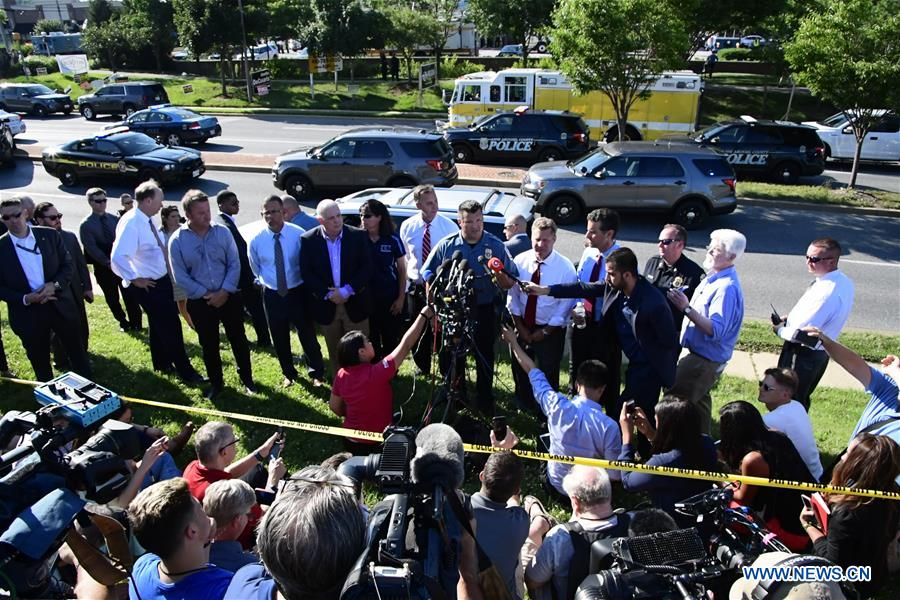 A police officer speaks to the media near the scene of a mass shooting in Annapolis, the capital city of eastern U.S. state Maryland, June 28, 2018. /Xinhua Photo

A police officer speaks to the media near the scene of a mass shooting in Annapolis, the capital city of eastern U.S. state Maryland, June 28, 2018. /Xinhua Photo

The U.S. government has failed on all three but cunningly soothed Americans with claims of moral superiority, the benefits of free speech and the universal nature of the American way. Because the American people had no credible systems with which to compare, what more could be said?
Recently on Twitter, an American journalist wrote that he would not want his children living in China under its "communist" system. To which, I replied:
You mean a country where:
(1) Students go to school to learn and not to be terrified of being shot?
(2) The backbone of the industrial workforce is not dying from opioid overdoses or being incarcerated in an increasingly profit-driven school to prison pipeline?
(3) State pension fund decisions are made on a technocratic basis and not in accordance with a misguided allegiance to a discredited political ideology? (Social security is underfunded by 43 trillion U.S. dollars primarily due to prohibition on investing in anything other than U.S. Treasuries resulting in annual returns of less than 3 percent.)
According to Pew Research and the Edelman Trust Barometer, almost 90 percent of the Chinese people feel their country is headed in the right direction and trust their government. When one looks at China's ability to deliver on safety, prosperity and moral development, these results are not surprising.
The wall of prejudice and bigotry by ordinary Americans against China and its "communist" system is crumbling as a growing number make the comparison between these two systems. This is what should frighten Bannon and American policymakers mobilizing to win a clash of civilizations with China.
(If you want to contribute and have specific expertise, please contact us at opinions@cgtn.com.)