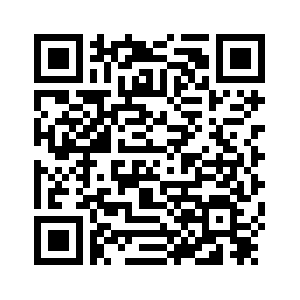 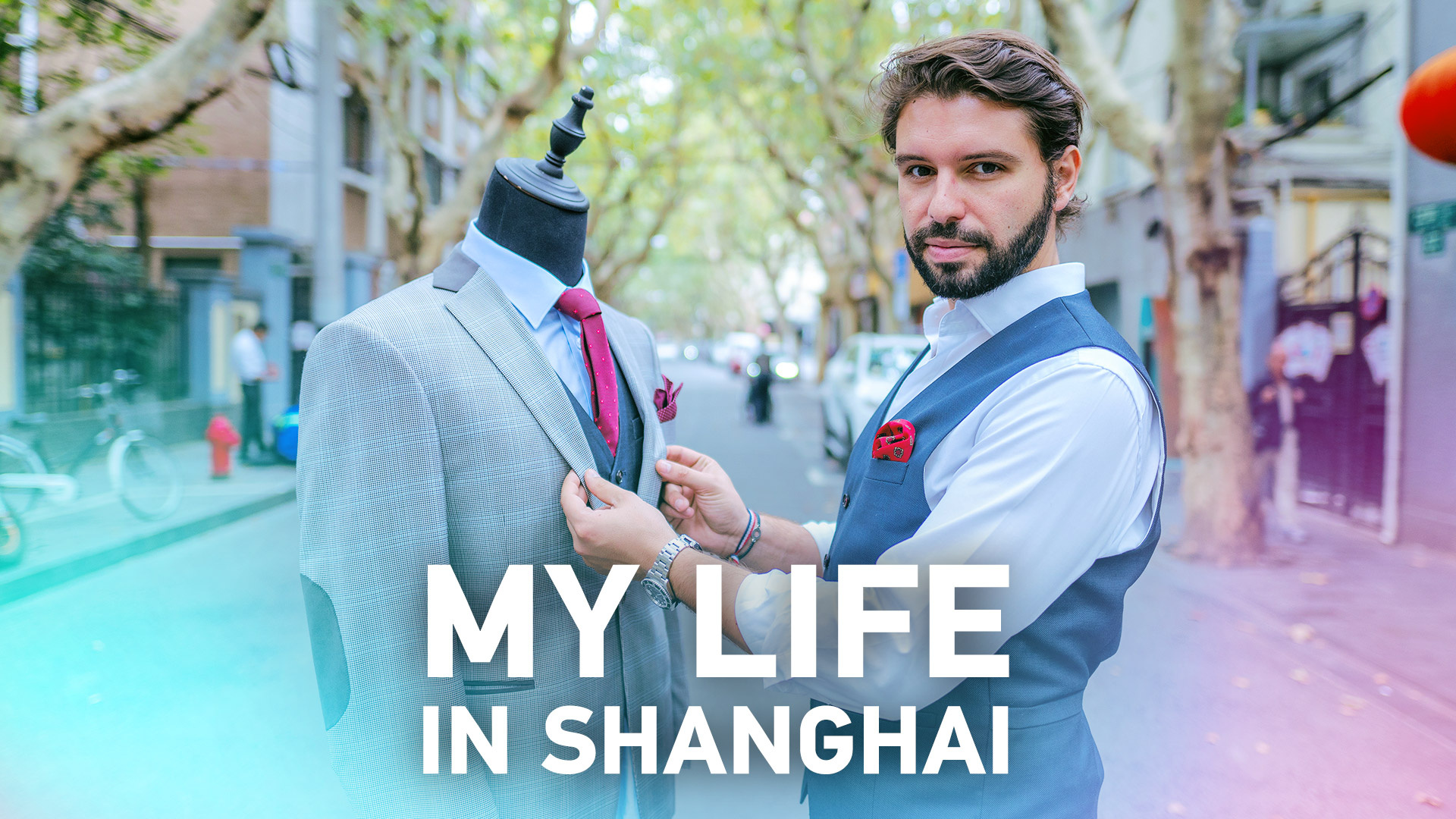 "Being more elegant can never be a bad thing. It can only be good."
That's the dressing style Ben Pellequer-Fusari, a French-Italian fashion designer, is talking about. He is trying to use his talent to make people look more elegant.
Ben, who's been dressing up Shanghainese gentlemen for the last six years, claims elegance is what inspires his designs. 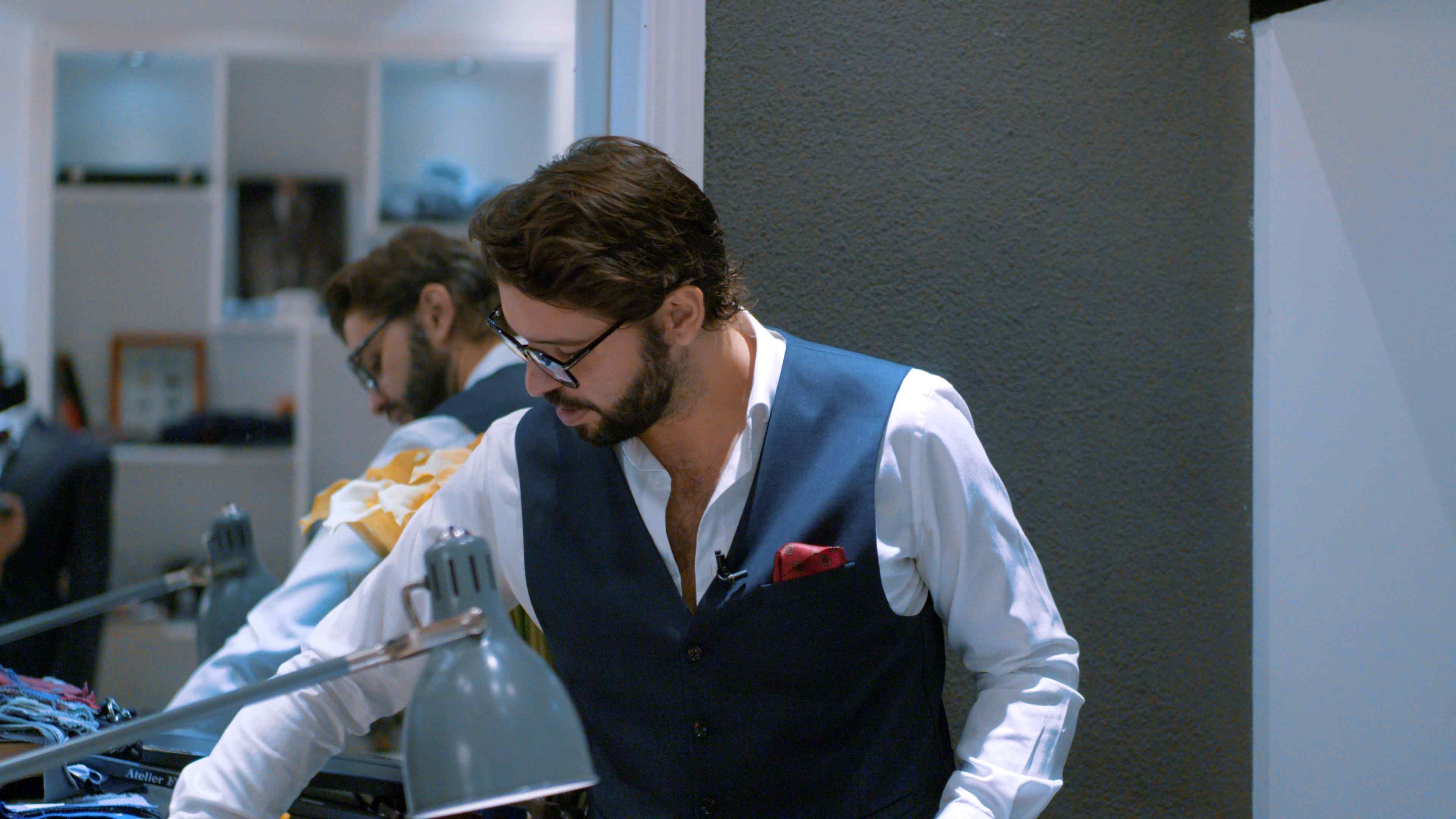 Ben working in his studio in Shanghai, China. /CGTN Photo

Ben working in his studio in Shanghai, China. /CGTN Photo

In 2012, Ben established his own tailor-made suit studio in the heart of Shanghai's former French Concession, one of the most stylish parts of the port city.
Ben was born in France to a French father and an Italian mother. Thanks to his grandmother, who had a tailor shop in Italy, Ben had the opportunity to master the creation and detailing of tailor-made apparels.
Ben said that he always wears a suit and tries to influence others to go for an elegant dressing.
Ben claims that he is on a mission to make people more elegant.
"Dress for success," is what he teaches people at his free lectures on styling and dressing up. 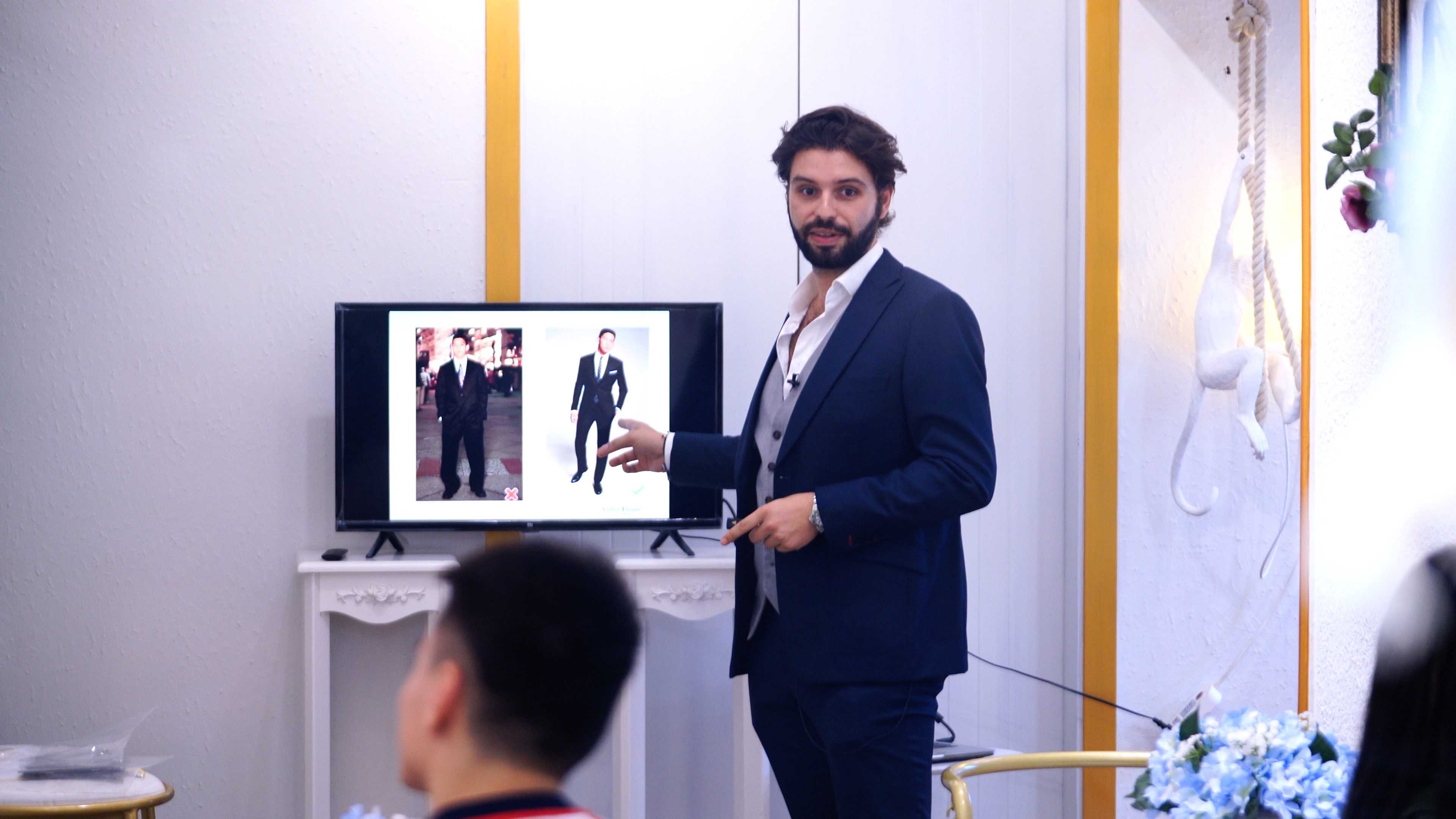 Ben explains that Europe has lost its charm of being the market for tailor-made apparels.
"In Europe, the tailoring market hasn't been very trendy any more. But it has always been very popular in Shanghai," said Ben.
With a majority of local customers, Ben speaks fluent Chinese with his Shanghainese clients. 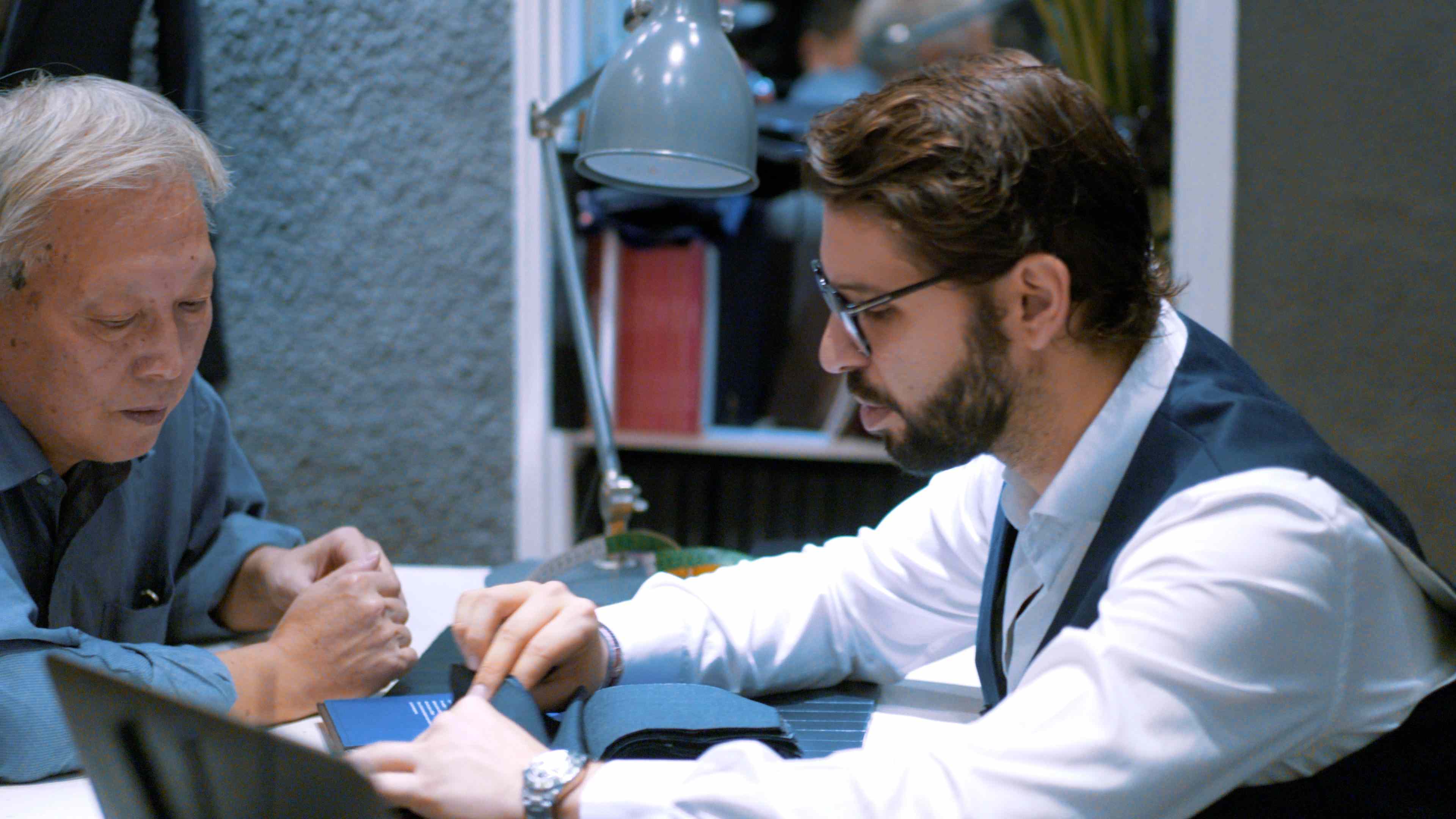 Ben talking with his client in his studio. /CGTN Photo

Ben talking with his client in his studio. /CGTN Photo

"I really like to talk with people. And for me, talking with people is as important as designing a suit." Ben told CGTN.
Many clients don't have a clear vision of their specific needs and that's when Ben uses his communication skills to help his clients better understand themselves and analyze their special requests for every occasion.
Ben said that he never learned Chinese at a school but picked up the language by interacting with local people.
"I feel like Shanghai is my second home," said Ben. 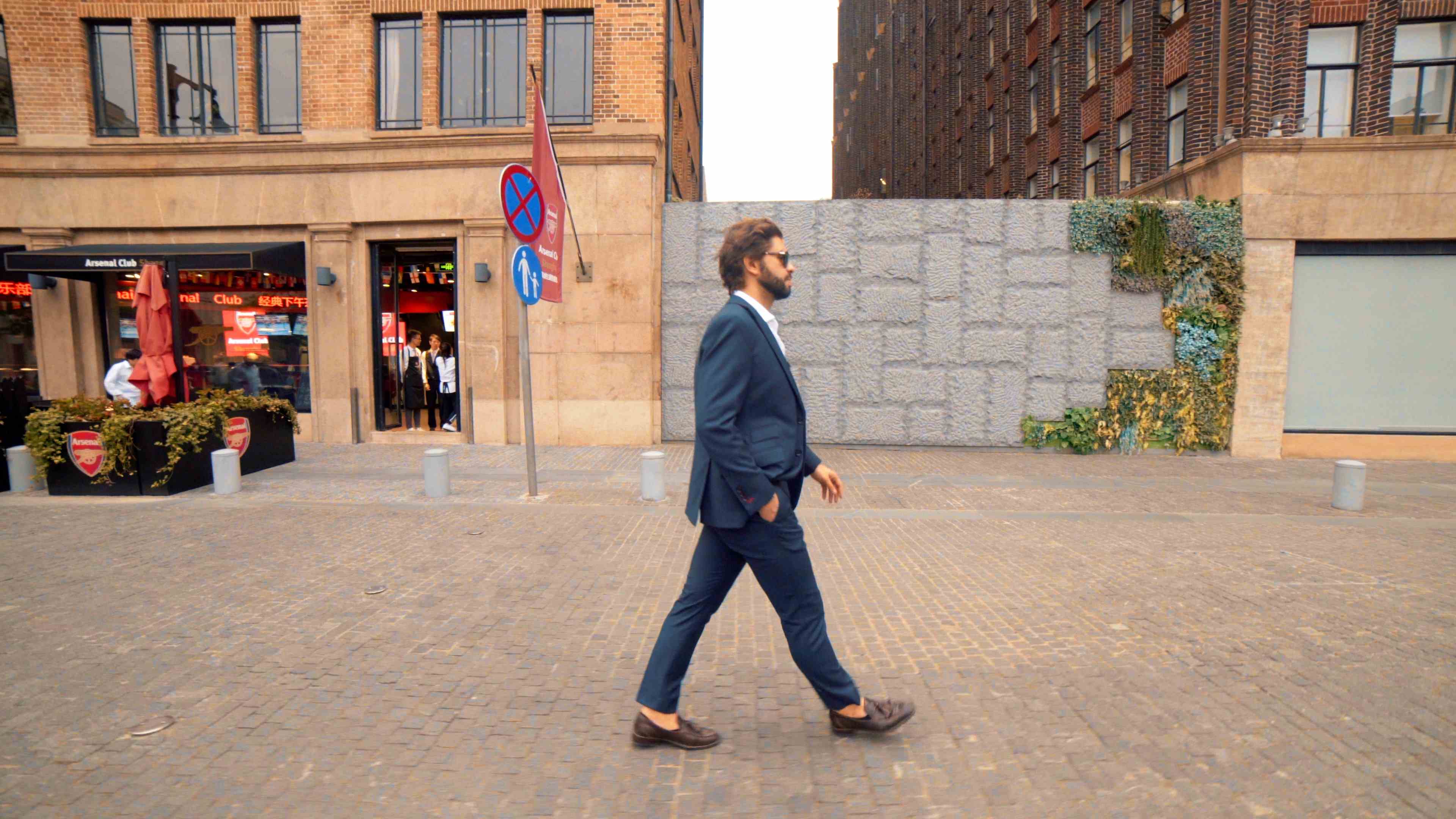 Ben walking on the Yuanmingyuan Road near the Bund in Shanghai, China. /CGTN Photo

Ben walking on the Yuanmingyuan Road near the Bund in Shanghai, China. /CGTN Photo

He said that the city's architecture and people inspire him to be more creative with his designs.
"Just by staying in Shanghai, just by meeting different people every day, you feel like traveling. I think it is the trendiest city at this moment."
"The import expo, which is going to open in November, is a great thing for the city. This shows the city is moving and is willing to welcome more foreigners, willing to welcome more business," said Ben.
He hopes that the big event will also bring more opportunities for him. "I will meet maybe just friends, maybe some people will work together. That is the magic of Shanghai."
Ben is excited about his future in Shanghai. "I feel happy in Shanghai, so I hope I can build my family here and stay... and stay," he said.