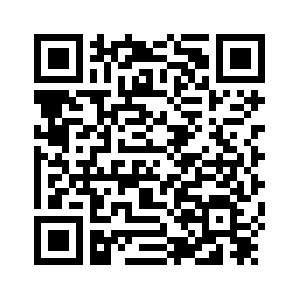 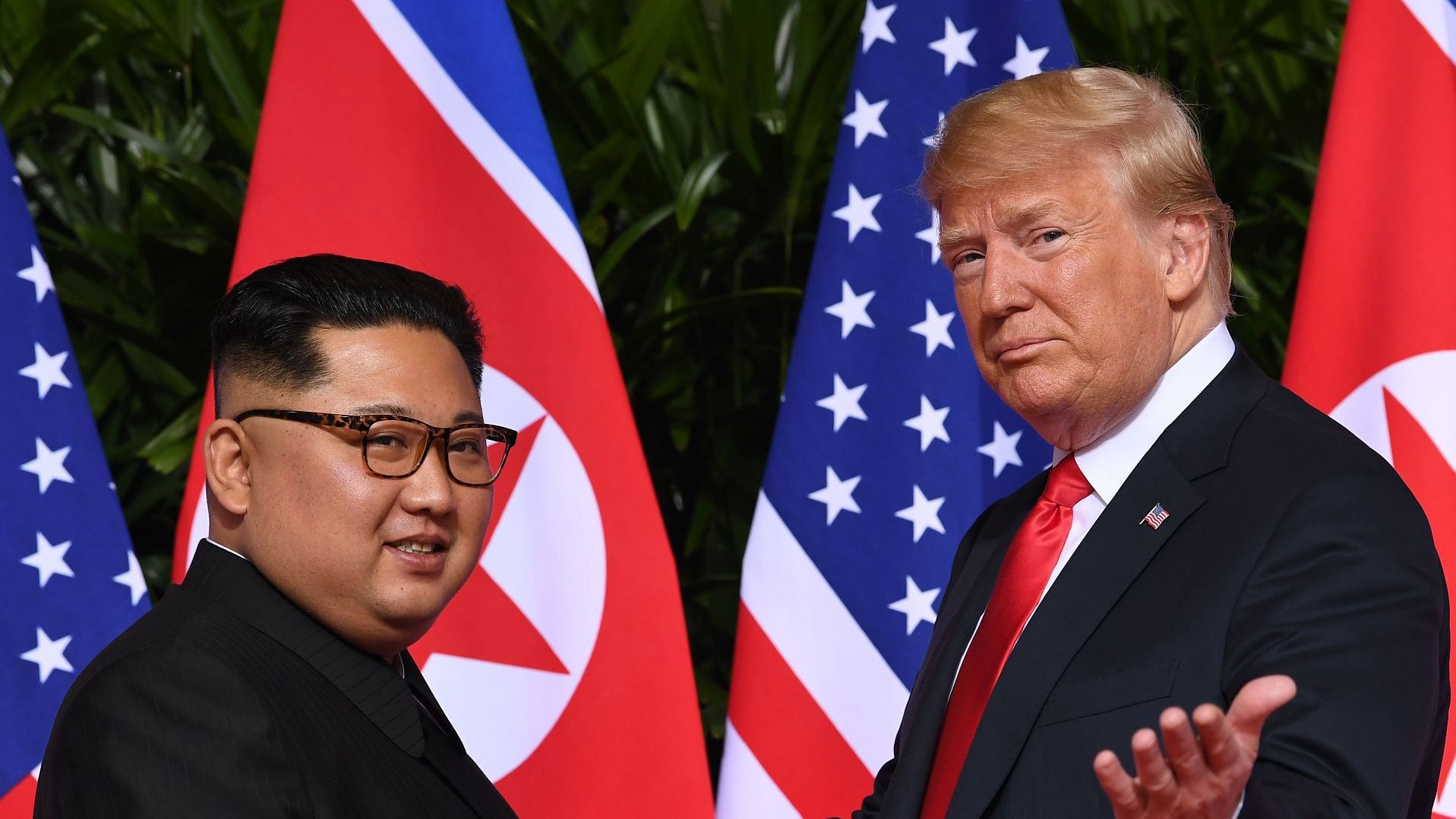 U.S. President Donald Trump said on Wednesday he had received a “great” letter from the Democratic People's Republic of Korea (DPRK) leader Kim Jong Un and would probably meet him again in the not-too-distant future as part of the efforts to persuade him to give up his nuclear weapons.
Speaking to reporters at the White House, Trump defended stuttering U.S. negotiations with Kim, saying that if it had not been for his administration “you'd be having a nice big fat war in Asia.” He reiterated that there was no hurry.
“I'm not in any rush. I don't have to rush. All I know is there's no rockets, there's no testing,” he said, referring to DPRK 's nuclear and missile tests that have been halted since the second half of 2017.
Trump said he had watched coverage of Kim's New Year speech on the U.S. Public Broadcasting Service. 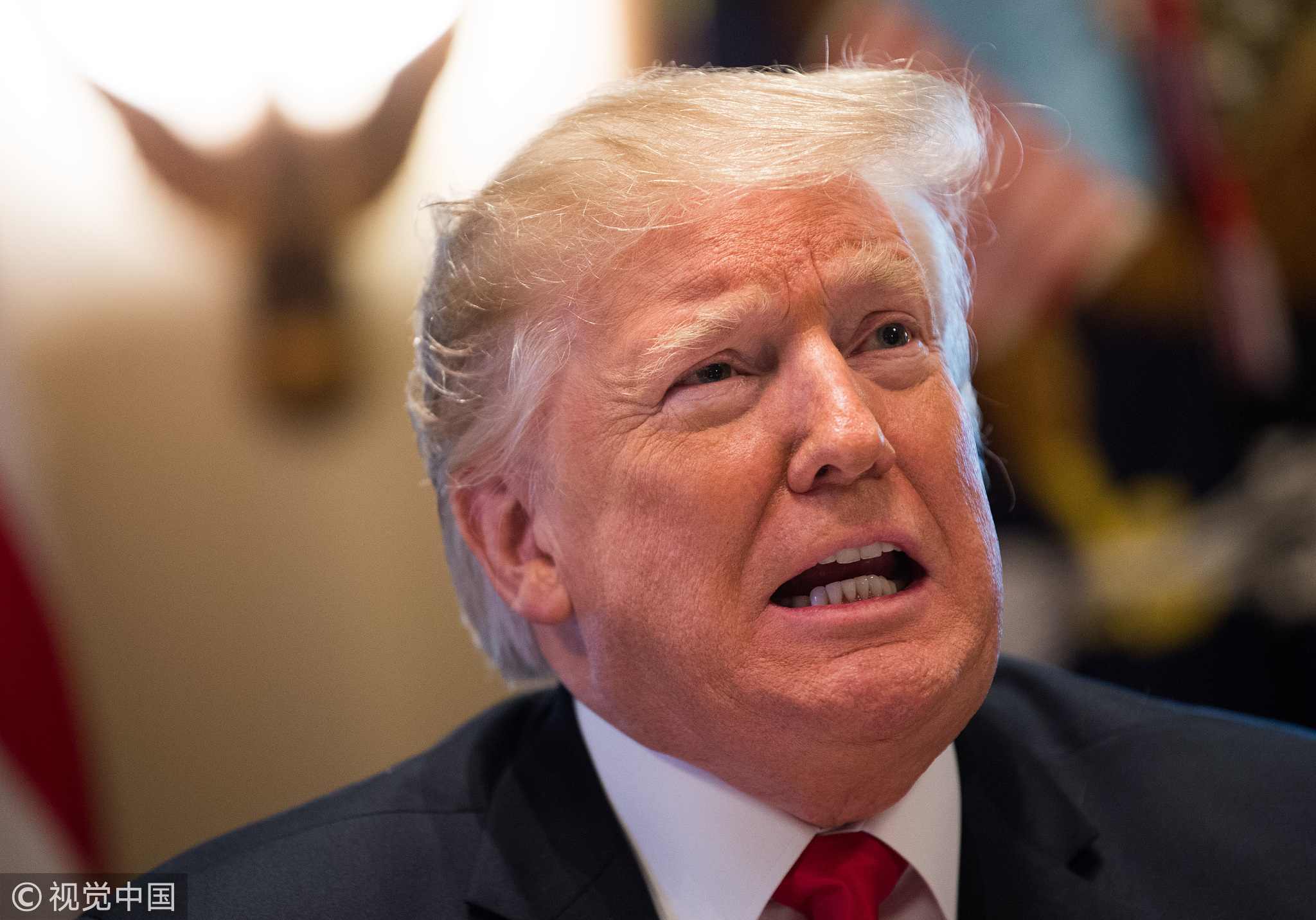 U.S. President Donald Trump speaks to the media during a cabinet meeting at the White House in Washington, DC, U.S., January 2, 2019. /VCG Photo

U.S. President Donald Trump speaks to the media during a cabinet meeting at the White House in Washington, DC, U.S., January 2, 2019. /VCG Photo

“They said that in Chairman Kim's speech he really wants to get together, he wants to denuclearize and a lot of good things are happening,” Trump said.
“They really do want to do something. Now, does that mean it's going to be done? Who knows? A deal's a deal, you never know, but I tell you, we've established a very good relationship with North Korea (DPRK).”
“We'll probably now have another meeting. He'd like to meet, I'd like to meet,” Trump said. “We'll set that up, we'll be setting that up in the not-too-distant future.”
Kim vowed to work toward denuclearization of the Korean Peninsula when he met with Trump for the first time at a summit in Singapore in June. 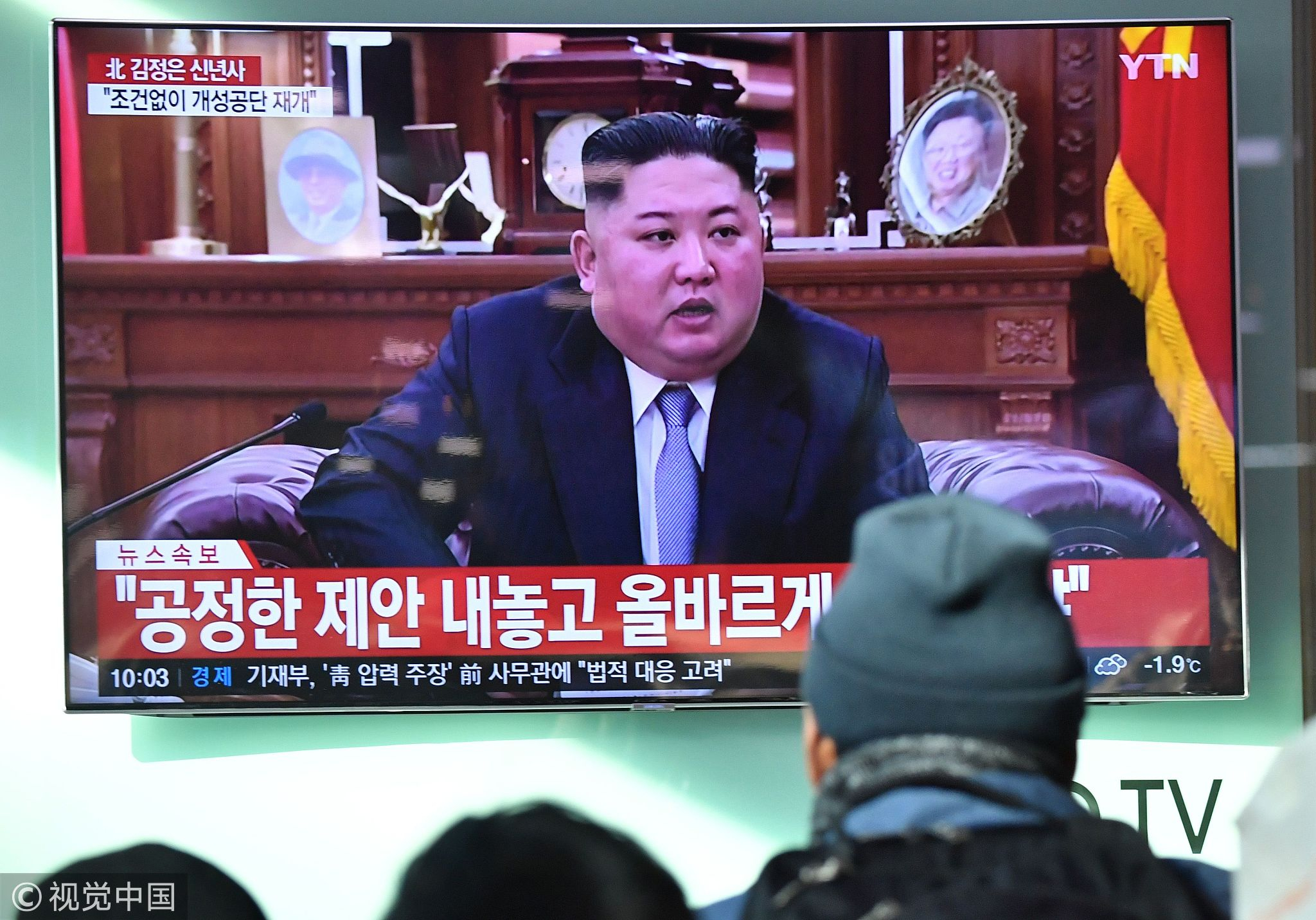 Kim said in a nationally-televised New Year address on Tuesday that he was ready to meet again with U.S. president anytime, but warned he may take a “new path” if U.S. sanctions and pressure against the country continued.
Trump had said previously that a second summit with Kim was likely in January or February, though he wrote on Twitter last month that he was “in no hurry.”
(Top image: U.S. President Donald Trump (R) meets with DPRK leader Kim Jong Un at the start of their historic U.S.-DPRK summit, at the Capella Hotel on Sentosa island in Singapore, June 11, 2018. /VCG Photo)
Source(s): Reuters