Opinion: The import expo is an accelerator for China's consumption upgrading
Chen Lifen 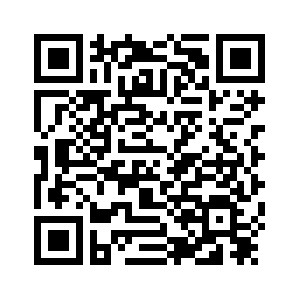 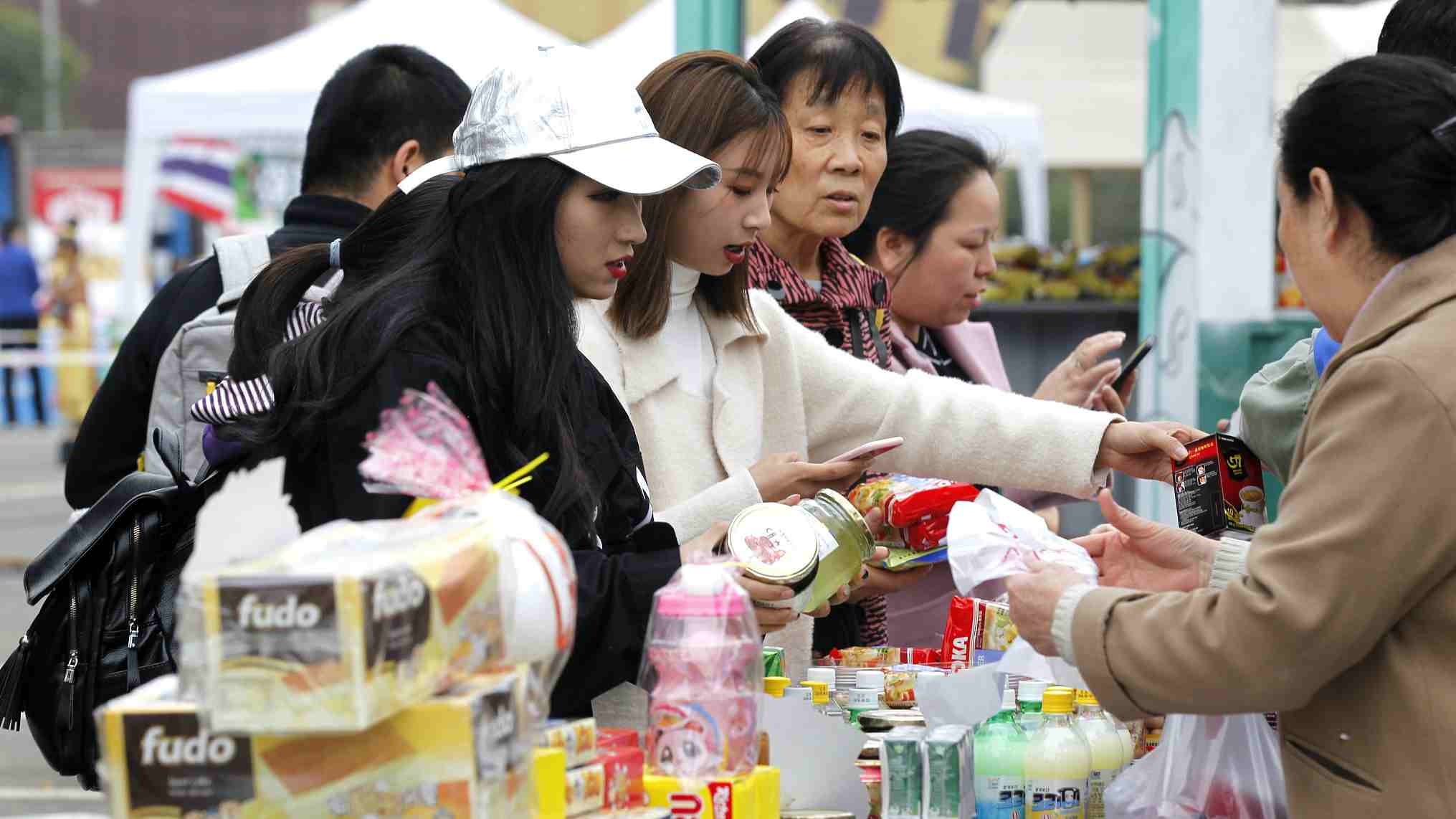 Editor's note: Chen Lifen is the deputy director at Service Industry Research Office, Circulation Industry Promotion Center, Ministry of Commerce of China. The article reflects the author's opinion, and not necessarily the views of CGTN.
The pace of consumption upgrading in China has never stopped in the past 40 years of reform and opening up. Its process has gone from the shortage of market supply in the planned economy period, to the gradual increase of supply capacity, and now the matching degree between supply and demand is increasing.
2018 is destined to become “The Year” of consumption upgrading in China. In September 2018, the Central Committee of the Communist Party of China and the State Council issued a document "Some Opinions on Improving the System and Mechanism of Promoting Consumption and Further Stimulating the Consumption Potential of Residents", which is the highest instruction on promoting consumption in recent years.
China has also implemented tax reduction on several occasions, supporting commodity imports closely related to people's lives. The first China International Import Expo is one of the decisive moves that will accelerate the pace of consumption upgrading in China. 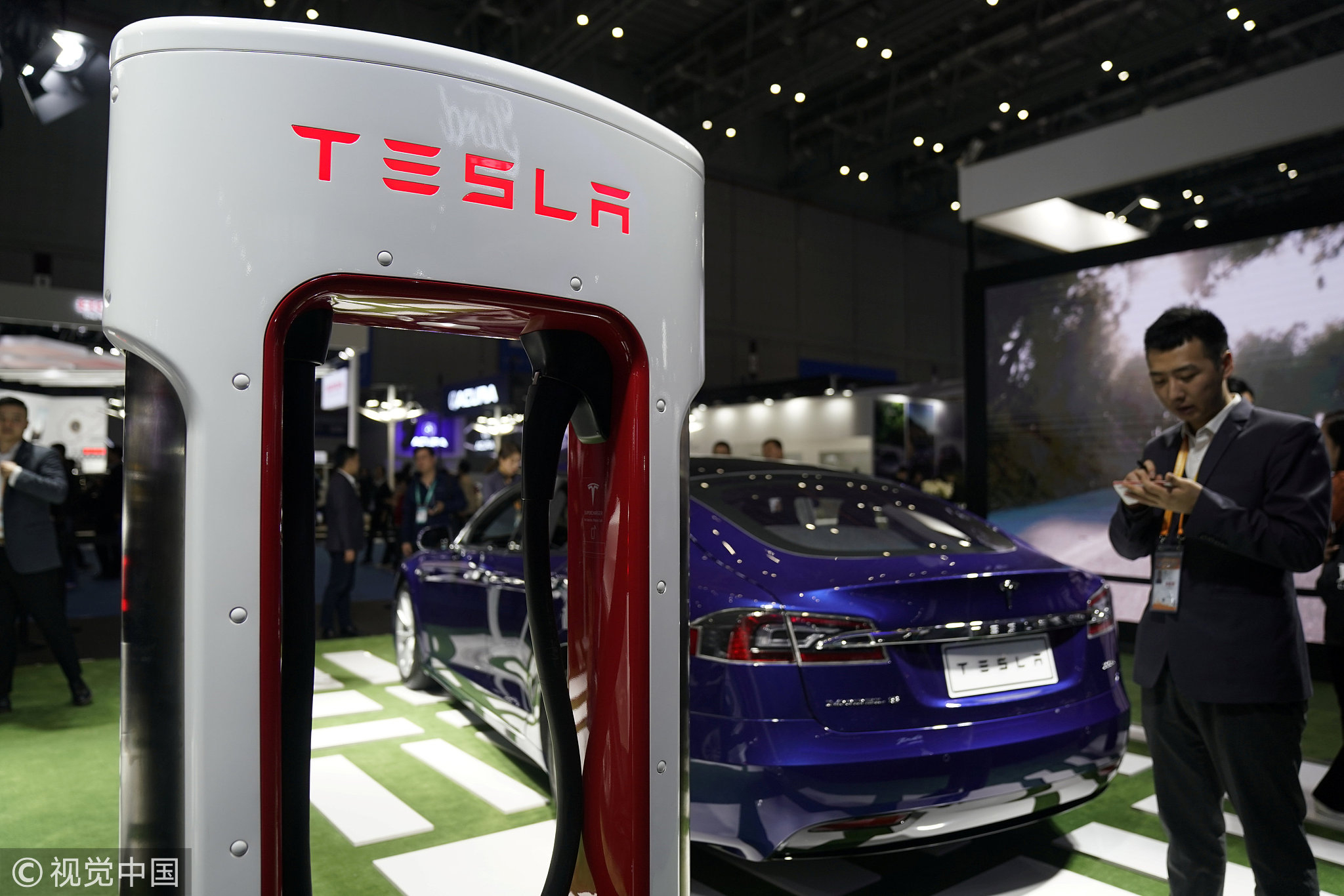 A Tesla sign is seen during the China International Import Expo (CIIE), at the National Exhibition and Convention Center in Shanghai, China, Nov. 6, 2018. /VCG Photo

A Tesla sign is seen during the China International Import Expo (CIIE), at the National Exhibition and Convention Center in Shanghai, China, Nov. 6, 2018. /VCG Photo

Just in time for expanding imports
The main contradiction of Chinese society has changed. In the past, the main contradiction was between people's growing material and cultural needs, and backward social production. Because of insufficient capacity of production, import was a substitute for the incremental domestic demand, and opening up to excessive import would affect the growth of the domestic market.
At present, the main social contradiction in China is between people's growing need for a better life and the unbalanced and inadequate development. With the improvement of people's living standards, it is necessary to expand imports to meet the needs of both supply and demand and satisfy people's desire for a better life. The initiative to expand imports requires a platform that can coordinate with different sources for imports and the CIIE is just such a platform and it will promote consumption upgrading in the following ways:
More consumption choices
With the rise of people's income and the rise of middle-income groups, the demand for high-end, individualized and diversified consumption cannot be fully met through domestic supply. In 2017, China's overseas consumption reached 257.7 billion US dollars. The CIIE could help expand imports of high-quality goods and services and effectively make up for the shortage of domestic supply thus sustaining consumption at home.
Create new consumption demand
Expanding imports can create demand for upstream and downstream products. For example, when consumers buy imported mobile phones, there will be demand for phone cases and products related to it, which will trigger more domestic demand in a chain-like way. Some brand new commodity imports can refresh consumers' perception and cultivate new consumption habits thus driving the development of related industries. 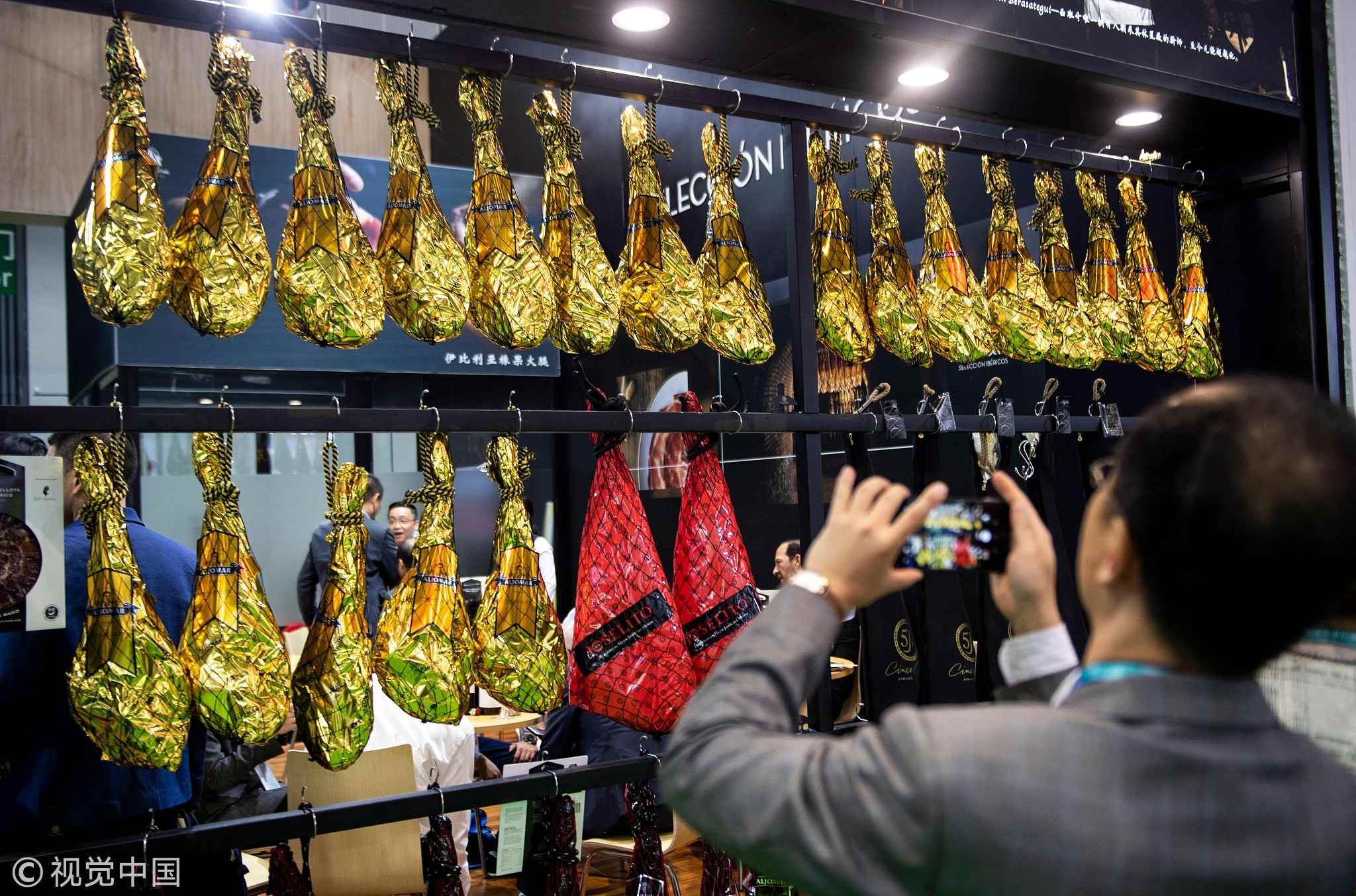 Consumption perceptions changing
With wider import channels and lower product prices, consumers can buy imported goods of the same price as in foreign countries without having to go abroad. In the past, the purpose of shopping imported products would mainly be sending gifts or "showing off" as they were perceived to be much more expensive. In this way, shopping imported goods will be a common choice that people can make for high-quality products. The expo will bring imported goods into the era of mass consumption. Most people are willing to shop and they do have the money to shop.
Consummating the supply chain
There are more than 3,000 enterprises participating in the expo, and more than 150,000 buyers from China came to Shanghai to make deals. The end of the expo does not mean the end of buying and selling, as the deals they make will see more imported goods coming to China and more Chinese companies to be part of the global value chain. In the meantime, China's development of e-commerce industry has also lowered the cost of logistics for imports.
Forcing domestic enterprises development
Through the CIIE, more high-quality, low-cost commodities will enter the domestic market, competition will be formed for domestic commodities. There will be the "catfish effect" for domestic supply system, which will force Chinese enterprises to speed up industrial and product restructuring, strengthen R&D and design, improve product quality, upgrade service level, and take the path of specialization and internationalization. The companies will have to come up with more high-quality products just to survive.
(If you want to contribute and have specific expertise, please contact us at opinions@cgtn.com)