Opinion: Something big to take place amid record-breaking government shutdown 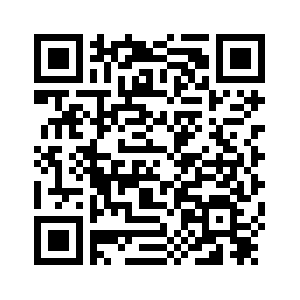 Editor's note: This article is an edited translation from a Chinese story originally published in the WeChat official account of Bullpiano.
The U.S. federal government will close for an unprecedented number of days by Saturday this week. And that is set to happen based on the current situation.
In addition, the angry U.S. President Donald Trump has just announced that he decided not to show up at the World Economic Forum held in Davos this year, after spending Christmas and New Year's Day alone in the White House.
Why not go there? In Trump's words, the main reason is “the Democrats' intransigence on Border Security and the great importance of Safety for our Nation.”
Since national security is at its most critical moment, according to CNN, Trump is likely to declare a state of emergency. In doing so, he can bypass the Congress and directly use the military budget to build the U.S.-Mexico border wall that he yearns for.
For the sake of this wall, Trump has really thrown caution to the wind. He had threatened to let the U.S. federal government shut down for several months and years if the Democrats did not approve the money to build the wall. 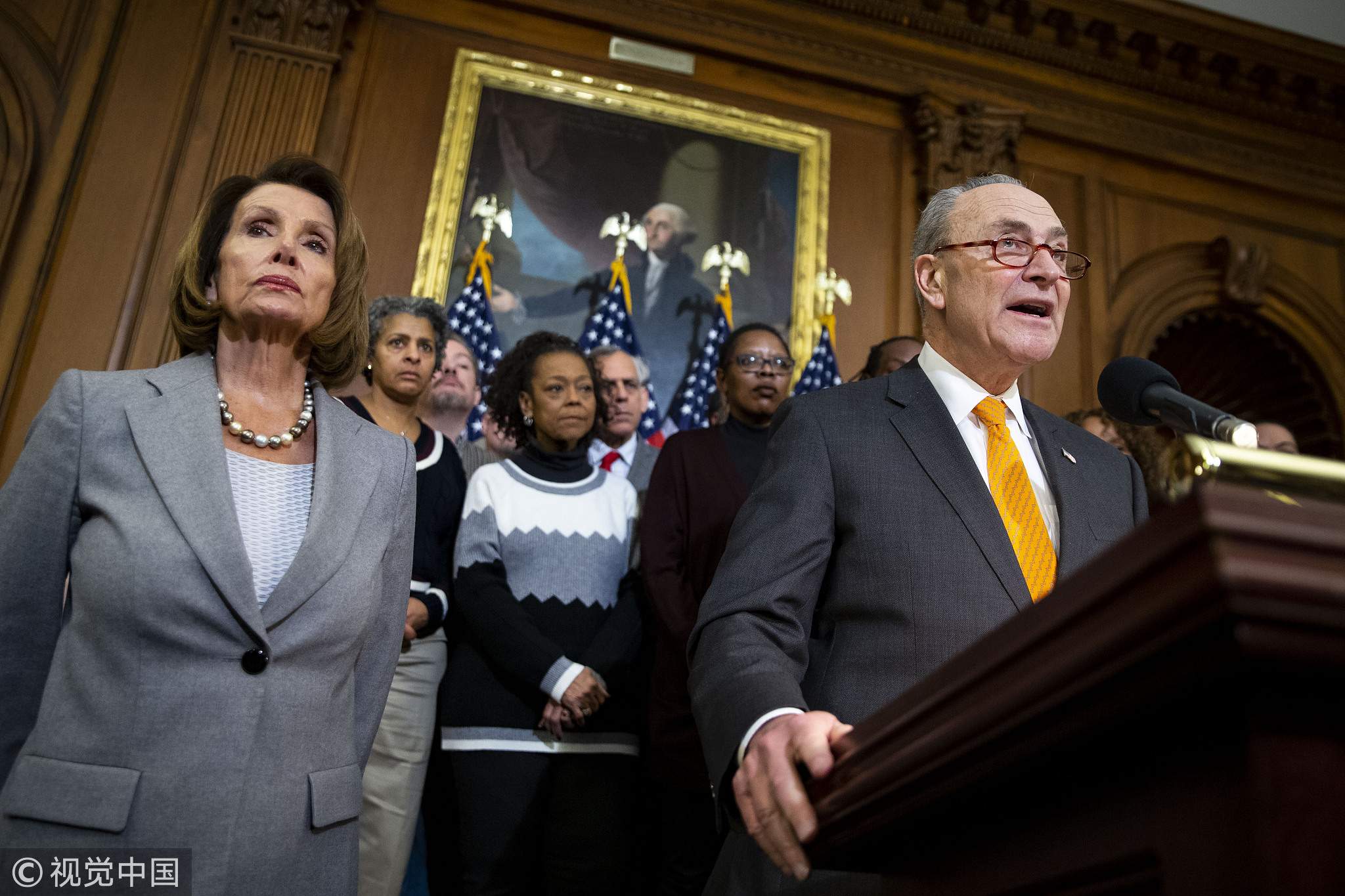 The two Democratic leaders, Senate Minority Leader Chuck Schumer and House Speaker Nancy Pelosi, have become his biggest enemies.
On January 10, Trump paid a visit to the U.S.-Mexico border in Texas. When talking about the hotly debated China-U.S. trade issues, he said, “the U.S.-China trade talks are achieving huge success. I find that in many ways, China is far more respectable than bad Chuck and Nancy.”
Trump added, “In fact, dealing with China is much easier than dealing with the opposition party (Democrats).”
What does Trump imply?
First, the China-US trade talks have been “a huge success.” This is how the U.S. President makes of the negotiations, which were not just a success, but a huge one. Feeling relieved, the European and American stock markets closed on a high note that day. 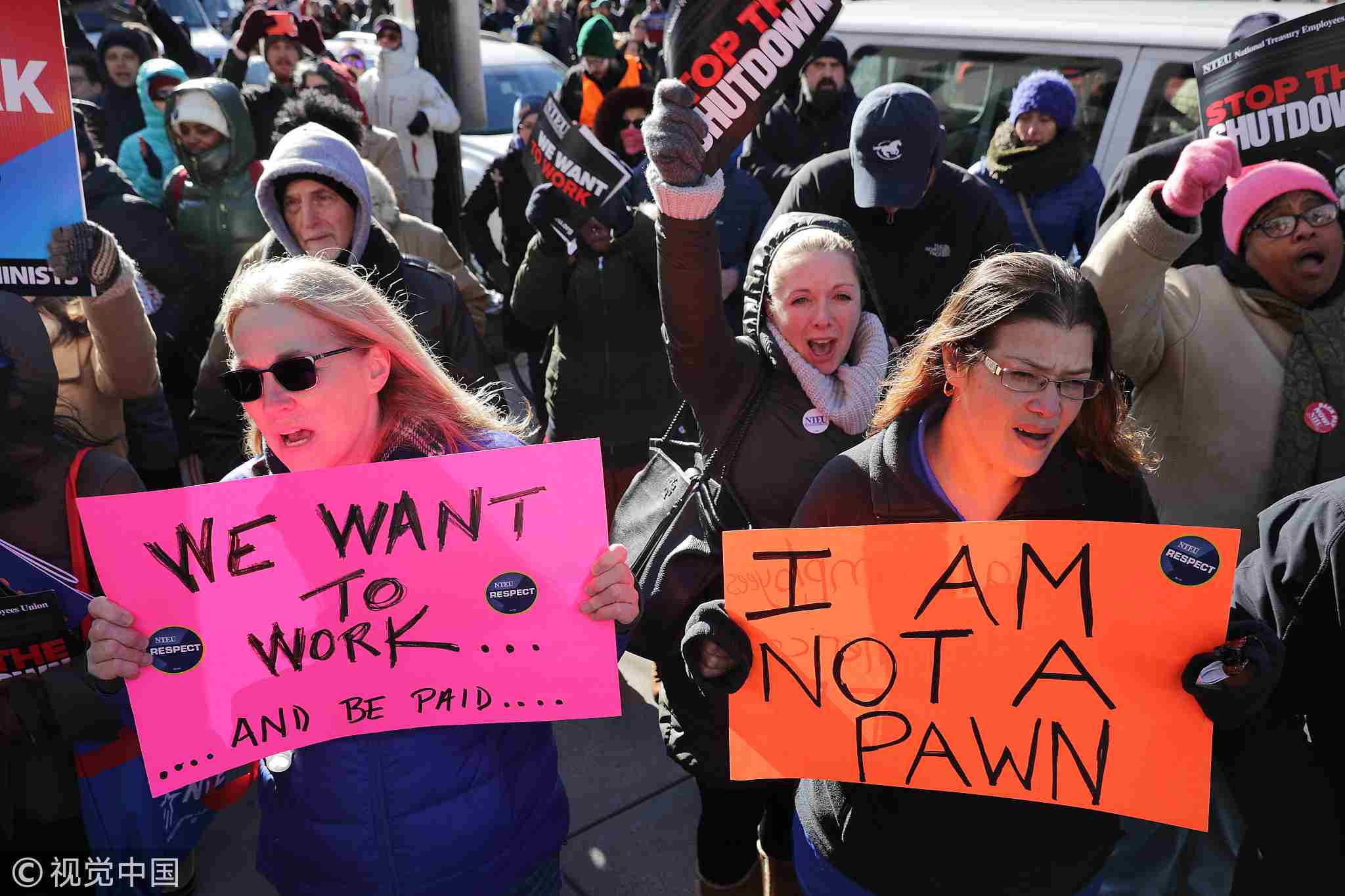 Hundreds of federal workers and contractors rally against the partial federal government shutdown outside the headquarters of the AFL-CIO in Washington, DC., January 10, 2019. /VCG Photo

Hundreds of federal workers and contractors rally against the partial federal government shutdown outside the headquarters of the AFL-CIO in Washington, DC., January 10, 2019. /VCG Photo

Second, in Trump's eyes, Chuck Schumer and Nancy Pelosi, two political heavyweights in the United States, are far less respectable than China.
Third, Trump was left puzzled. China is so resilient, yet Washington and Beijing can still have very good talks. Why must Schumer and Pelosi be so intransigent and oppose him every step of the way?
On January 9, Trump tweeted, “Just left a meeting with Chuck and Nancy, a total waste of time. I asked what is going to happen in 30 days if I quickly open things up. Are you going to approve the Border Security which includes a Walls or Steel Barriers? Nancy said, NO. I said bye-bye, nothing else works!”
The rhetoric was very strong, and Trump was furious. At the beginning of 2019, he met “bad Chuck” and “cold Nancy,” and couldn't get along with neither of them.
Besides, Trump believes that China is far more respectable than Schumer and Pelosi. Of course, China has nothing to do with the internal affairs of the United States, and China has no intention of interfering in the domestic affairs of other countries.
Back to the feud itself, Trump seems to be really shutting his eyes to risks. According to his own statement, he has the absolute power to declare a state of emergency. But if he does that, the Democratic Party will be rattled, and the whole U.S. will be in a commotion.
The struggle is escalating. Internal affairs always take precedence over foreign policy when all of those problems come at the same time. Trump is known for his caprice. Nothing is impossible. The year 2019 has just begun, and something big is about to take place.
(Cover photo: U.S. President Donald Trump speaks during a roundtable discussion at the McAllen U.S. Border Patrol Station at the U.S. - Mexico border in McAllen, Texas, U.S., January 10, 2019. /VCG Photo)
(If you want to contribute and have specific expertise, please contact us at opinions@cgtn.com.)