Motor racing: Fraga happy to blur the lines between real and virtual
CGTN 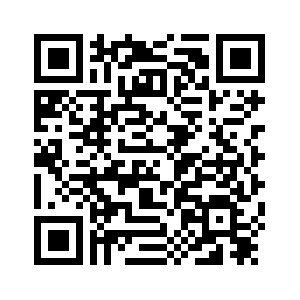 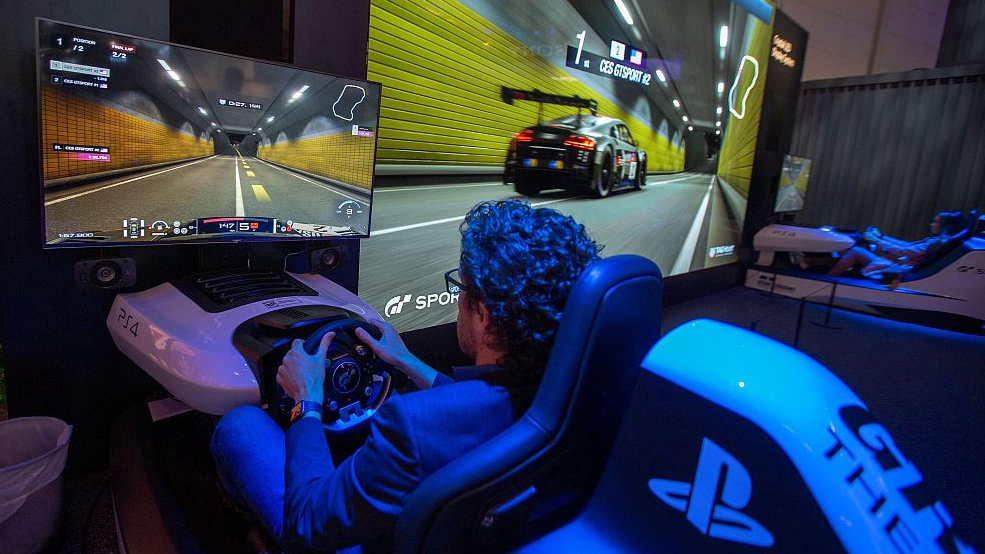 The lines between virtual racing and the real racetrack are increasingly blurred, and Igor Fraga hopes that growing overlap can also help him move up the conventional motorsport ladder.
In a world of screens and simulators, where teenagers without cars or driving licenses can become world champions, the Brazilian sees eSports success as a way to further his real racing career.
The Japanese-born 20-year-old this month won the finals of the McLaren Shadow Project, beating 500,000 entrants, to secure a seat on the eSports roster at Formula One's second most successful team.
Fraga, an eSports racer for the Williams F1 team last year, had already won the first virtual world championship organized by motor racing's world governing body, the FIA (International Automobile Federation) Gran Turismo Nations Cup title in Monaco.
That brought an invitation to the FIA's gala awards in St Petersburg last December, a very real trophy and a congratulatory message from five-times world champion Lewis Hamilton, himself a keen gamer.
And yet Fraga's focus remains very much on what he started out doing.
"The real target is the real racing," he told Reuters in a phone interview from his home in Ipatinga, in Brazil's Minas Gerais state.
"You never know how eSports are going to develop in a few years. I don't have plans to abandon the virtual side. I probably will be going to do them both. This makes me different right now compared to the other drivers." 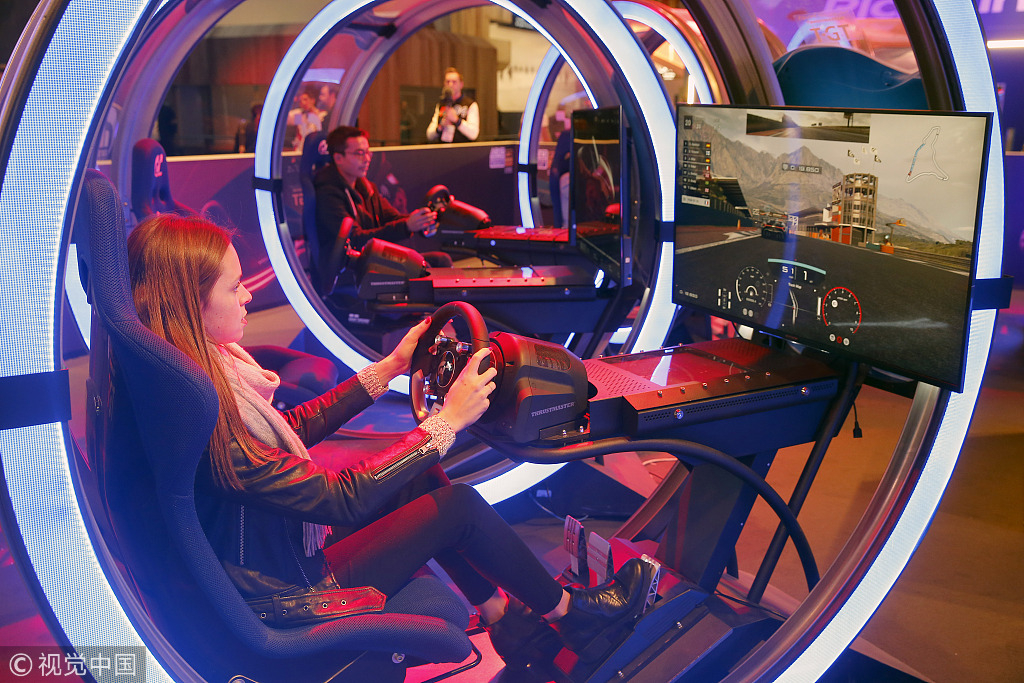 Fraga won seven national karting titles in Japan and an eighth in Asia, before moving back to Brazil where he has raced in Formula 1600 and won domestic Formula Three honors.
Japanese boyhood karting rival, Tadasuke Makino, won a race in Formula Two last year, a rung down from Formula One.
The Brazilian has also competed in U.S. F2000, part of the 'Road to Indy' driver development program.
"I try to follow my dream, which is being in an F1 car one day," said Fraga, who like many racers has struggled to raise funds for racing. "I will just keep doing the same, fighting with everything I have to achieve it."

The Shadow project also involves tests of fitness and real driving skills with the winner likely to have a role at grand prix weekends giving VIP guests supercar 'Hot Laps' around circuits.
It could also lead to Fraga competing in the Formula One eSports world championship, and McLaren possibly supporting his racing career.
McLaren boss Zak Brown has spoken often of gaming becoming a grassroots alternative to karting, whose costs are too steep for many youngsters, as a first step on the competitive motorsports ladder.
He recently suggested the sport could see someone emerge from gaming to win real races and championships within a decade -- a view echoed by Ben Payne, McLaren's director of eSports.
"A gaming PC and rig and screens are a damn sight cheaper than going karting every weekend. And I think the skill set is there," Payne told Reuters.
"Putting a timescale on it is tough because eSports are so fast moving and motorsport is also. But I think there will definitely be someone in F1 from a gaming background soon."
Other gamers have made the leap elsewhere in motorsport, with Spaniard Lucas Ordonez making his Le Mans 24 Hours debut in 2011 after winning a Nissan GT Academy competition on Playstation. 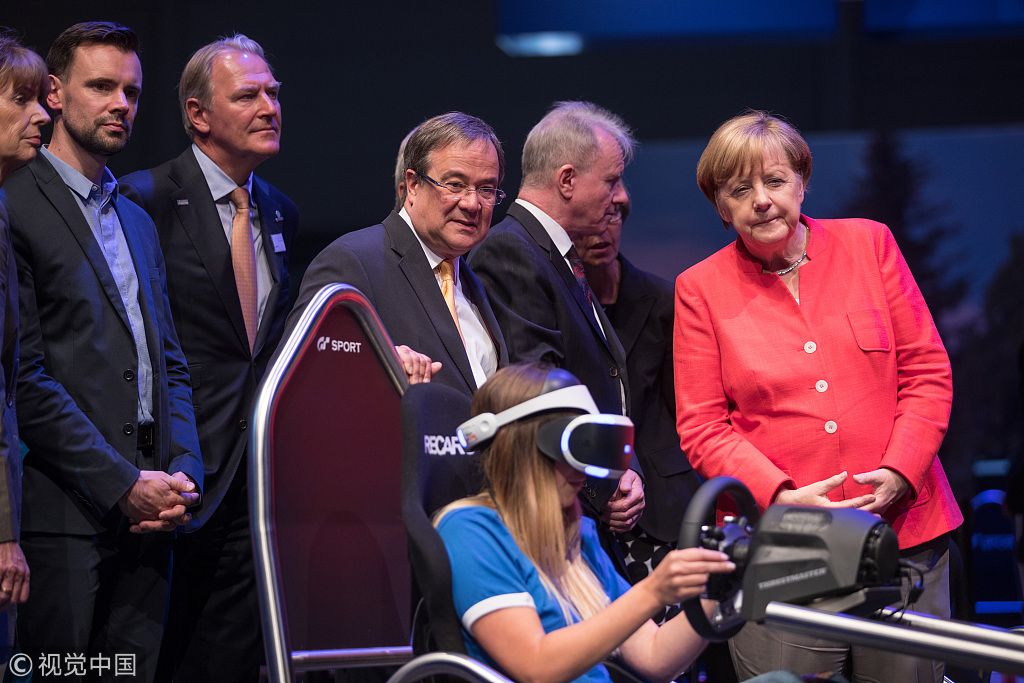 Fraga felt that, unlike other online sports such as the NBA or soccer, the virtual and real were increasingly entwined in motor racing -- with F1 drivers such as Red Bull's Max Verstappen and McLaren's Lando Norris also active in gaming circles.
"I think right now the road is being built," said the Brazilian. "It is getting very close to the point where probably instead of doing karting, you start doing simulator and are able to achieve the top.
"The thing is growing so quickly that I believe in a few years we will have more programs to get from the virtual world to the real world."
Further evidence was provided by Italian Enzo Bonito, another member of McLaren's eSports team, who took part in the annual Race of Champions event in Mexico City this month.
Bonito, a gamer with limited car experience, took on former Formula E champion Lucas di Grassi and ex-IndyCar champion and Indy 500 winner Ryan Hunter-Reay in real and equal machinery and beat them both.
Payne said the fact that virtual racers can crash without consequence, whereas there is a risk of serious injury in real racing, was less of a factor than might be expected when it comes to putting them in cars.
"Whenever we've put the (eSports) guys in cars they don't curb a tire, they don't spin, they don't break anything," he explained.
"That's because they know what they're doing. They've done it virtually and they know every track in the world, they know the cars and they just do what they do."
Source(s): Reuters